Review – Call of the Sea 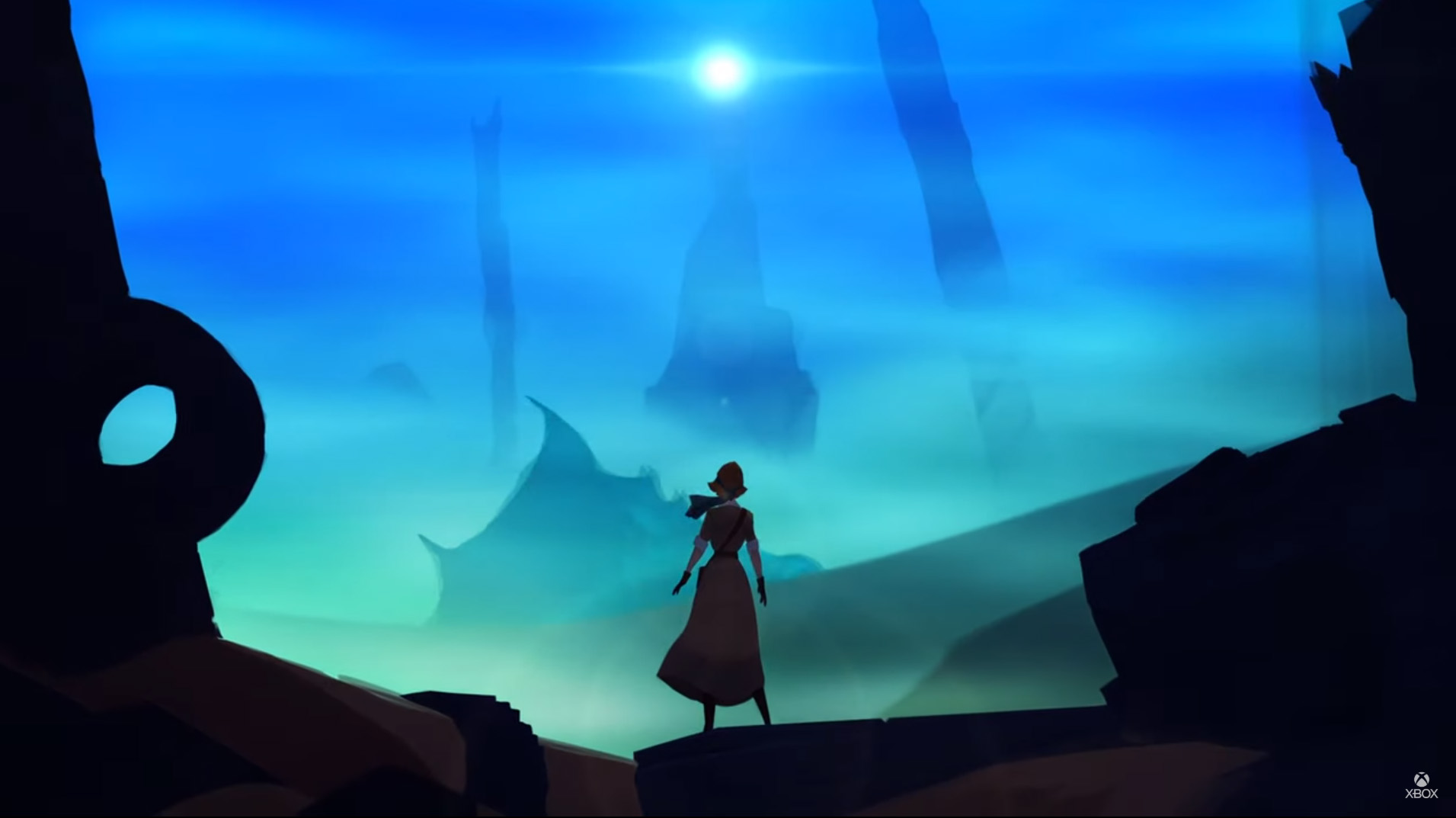 When I first watched the reveal trailer for Call of the Sea, I couldn’t believe it when I learned that it is the debut game for indie developer Out of the Blue, a small team based in Madrid, Spain. Call of the Sea is a remarkable game that captivated me the further I delved into it, and I can only hope that future projects will be even greater in scope and scale. For this first venture, Call of the Sea harkens back to a combination of influences, such as puzzle games like Myst and Firewatch, and H.P. Lovecraft’s stories and characters. Regardless of its influences, Call of the Sea is its own creation and tone, with players subtly encouraged to take the time to explore and piece together the clues they come across for a clearer picture, as well as to solve its myriad of puzzles. 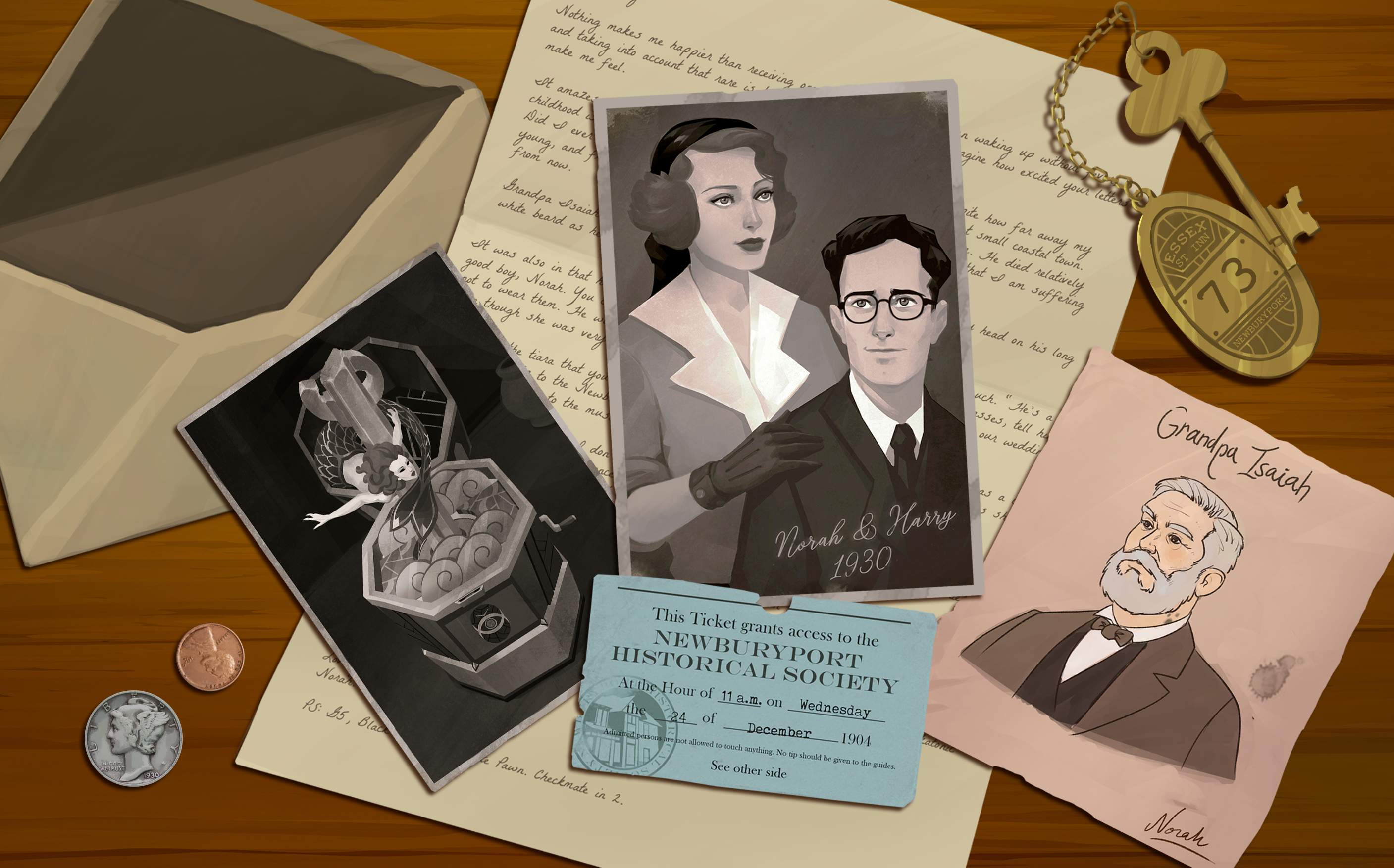 Spiritual content: Hints of dark magic and demonic influences are sprinkled throughout the story.

Violence: Small amounts of blood are shown, as well as references to blood rituals and human sacrifice.

Language: Language is very tame, but with a few profanities sprinkled throughout, and a couple of instances of taking the Lord’s name in vain.

Sexual: One of the expedition members is noted to be a playboy in notes Norah finds with only a photograph hinting at this lifestyle; nothing overt is shown throughout the game.

Positive: Norah and her husband are faithful to each other and their relationship is seen as very positive, healthy, and unconditional. One instance sees Norah speaking up in defense of a member of the expedition, who was rejected from entrance into a program based on his race. 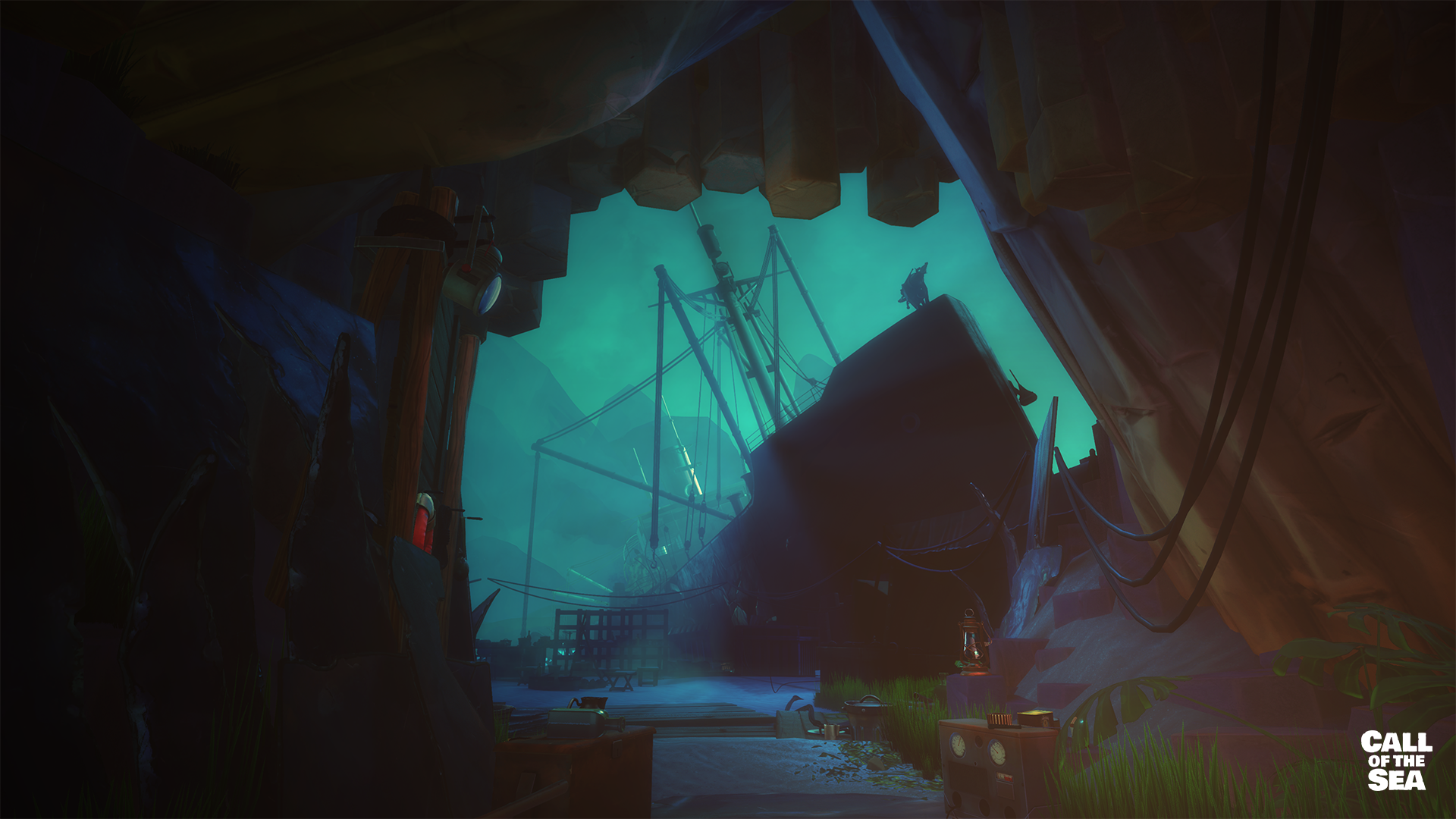 Set in the 1930s, Call of the Sea is about a young woman named Norah who is searching for her husband on a mysterious remote island in the Southern Pacific after she lost contact with him during an important expedition. Norah is naturally inquisitive, a quality demonstrated through gameplay as the player can explore the island’s surroundings for clues and puzzles that will help piece together the fate of the expedition and secrets they may have uncovered. Many of these clues, often found in camps the team has created that Norah will come across, appear in the form of journal notes and cryptic images, some of which will also reveal the state of mind of the expedition and plot revelations that Norah will react to. What starts off as a seemingly simple search ends up being anything but by the conclusion of the game.

Call of the Sea is not a very long game by any stretch; most players will wrap it up in about five hours or so, and there are only six chapters and a prologue chapter to set things up. The plot and physical layout of the chapters are pretty straightforward and simple. Although they appear large and expansive at first glance, they serve a simple service, and the game is not an open world by any means. Once the player finds what they need from each area, there is no reason to return to those areas for anything else.

The visuals are gorgeous in every corner, and special praise needs to be given to the game’s color and lighting. I am also very impressed by the sound design. At one point Norah is caught in a ferocious thunderstorm; the sporadic lightning is loud and imposing, and shook me to my core while I was playing as if I were actually there in the storm myself. 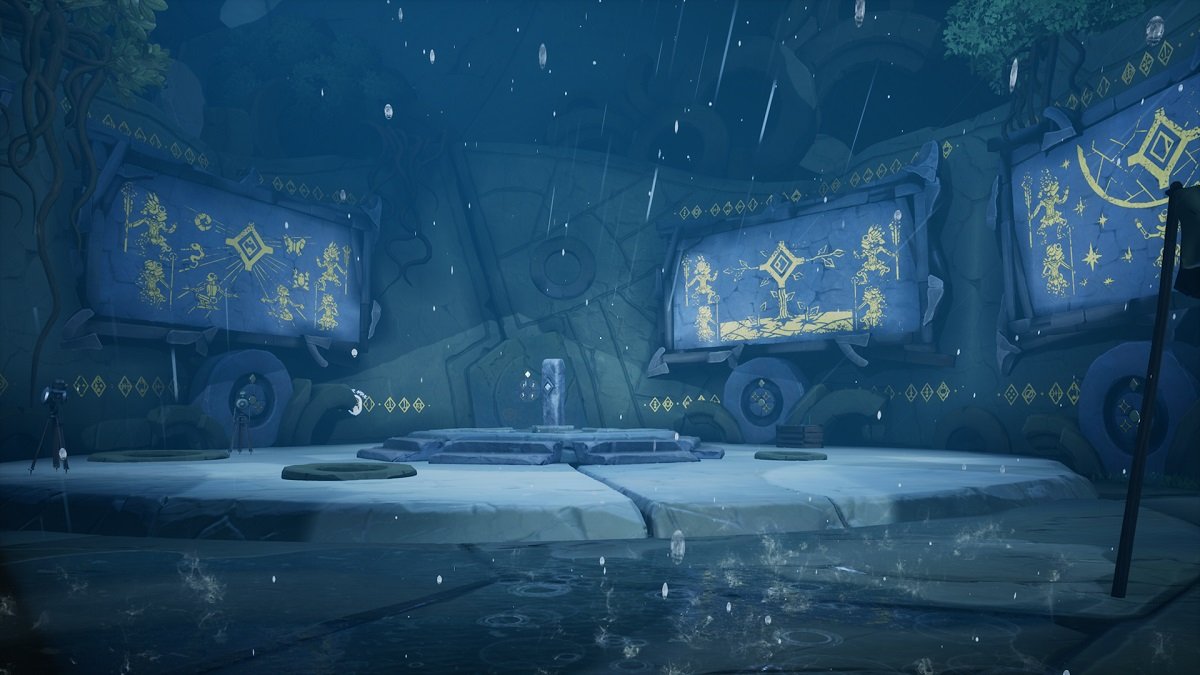 The puzzles are the meat of the game, though, and they felt overall like a mixed bag. As a praise, I enjoyed how creative and different the puzzles were from anything else I had ever seen. They were designed with natural elements in mind that the player has to pay careful attention to and refer to in Norah’s journal, such as patterns she comes across, including the lunar cycle and levels of the tide. Other puzzles were more difficult to figure out even with all of the clues laid out in front of me, and it took me some digging to finally find the right solution as I gradually lost my patience. I think having some kind of prompt or visual hint would have helped ease the puzzles along, especially for players who tend to struggle with solving them. The puzzles are varied in difficulty and execution, so be prepared to use your journal and surroundings quite often in order to solve them. Although I struggled with them at times, I appreciate how they still connect deeply to the plot, and solving them to enter the next part of the story did feel satisfying.

As Norah is largely alone for the majority of the game, it’s important for the player to feel a connection with her and her quest. As I was playing, I felt she was a fun and witty character, and I loved hearing her thoughts and reactions throughout the story. The game cleverly presents her with a flawless Transatlantic accent as is appropriate for the time period, beautifully portrayed by actress Cissy Jones. The game contains a supporting cast that Norah learns about, but they remain largely inconsequential for Norah’s journey and exist primarily for off-screen plot revelations. Some of them are given voices as well in records Norah may find, but most vital clues and revelations come from notes left behind from Harry, Norah’s husband, who is impeccably voiced by Yuri Lowenthal.

The game heavily borrows its plot elements from the works of H.P Lovecraft—which becomes more obvious as the chapters progress—but Out of the Blue went out of their way to make sure Call of the Sea was not a horror game. There are no jump scares present, and aside from references to ancient blood rituals and human sacrifice, Call of the Sea is not a terrifying game by any means. I was pleasantly surprised to discover a short game packed with a lot of meaty content, from its plot to its puzzles, and it’s apparent that a lot of thought and passion was put into its creation. I think those who enjoy a little bit of mystery and a story filled with curiosity and wonder will find a lot to enjoy this game, as I did.

Call of the Sea presents colorful atmosphere and layered intrigue, but some of its puzzles prove tedious to solve due to a lack of hints and guidance in each chapter.