Review: Castle In The Darkness (PC)

There is 8-bit violence.  Monsters are slayed, your character falls on spikes and dies, etc. There is no blood or anything of that sort; the game is very tame overall. However, there are ghosts and magic, so one should be aware of that potential problem.

What Do We Have Here…?

When given Castle In The Darkness to review, I was excited. It is published by Nicalis, Inc., the same people who gave us the controversial Binding of Isaac: Rebirth. Platformers appear to be their specialty, but before now I have not had the pleasure of playing one of Nicalis’ games. I came in with few little expectations for the game and I am happy to say that I was greeted with a very pleasant, if at times annoying, experience.

Castle In The Darkness is an RPG adventure platformer that is an absolute blast to play. The basic story is that the kingdom of Alexandria (not Egypt) is attacked by an “evil sorcerer and his army of darkness.” All of the castle guards are killed except for the one you play as; fortunately for him, he was simply knocked unconscious and deposited on the floor of the throne room for some odd reason. He wakes up and decides he’s going to go kill everything that attacked the castle “THIS IS SPARTAAAAA” style. And that’s pretty much as far as the story gets. There is some romance stuff later with the princess, but story is not the driving factor behind this game. 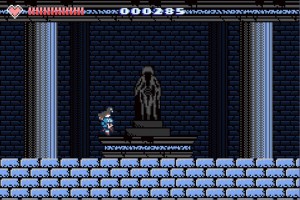 Why is there a Nazgul here… o.O

I was reminded of Metroid and Castlevania games as I progressed, as well as the original Mario games. I say this in a positive way. There are subtle and not-so-subtle references to these franchises, and other indie games. For example, quite early in the game, there is an eerily familiar-looking green pipe with a sign next to it stating, “Do not go down this pipe.” Naturally, I went down the pipe and I was rewarded with spikes and a quick death. This type of tongue-in-cheek humor is prevalent throughout the game, and part of the reason it is so appealing. 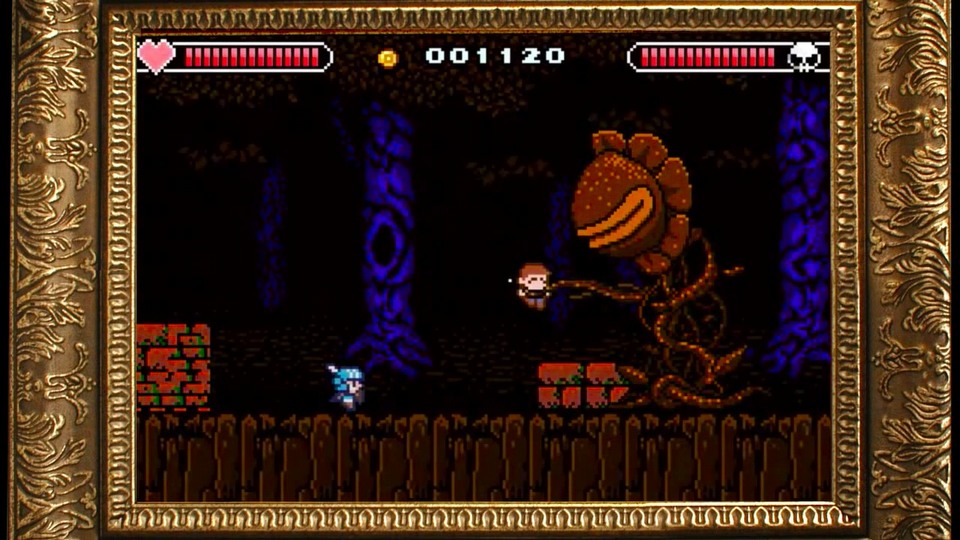 The mechanics are super-smooth, as are the RPG elements. Navigation through the equipping screen is difficult at first, but you get the hang of it eventually. Some boss fights are insanely difficult, but I have found that this varies depending on what items you have found and/or equipped for that particular fight. Case-in-point: right before the very first boss, I had an opportunity to buy a longer sword. I had not been killing everything I ran across, so I did not have the gold required to buy the sword. As a result, that boss fight made me rage-quit about five times. On the other hand, there is one boss fight in which I killed the boss with one hit from my magic—a spell that I found in a secret passageway.

The sole issue that I had with the functionality of the game was that twice it froze on me. I was unable to move my character and had to close the window. Hopefully, this is an isolated issue, but it is one that I felt I should mention.

All-in-all, Castle In The Darkness is a faithful ode to a generation of games gone-by. It will leave you smiling wide at times and banging your head in frustration at others, but it will always keep you coming back due to its sheer likability. I am immensely impressed with my first foray into Nicalis’ games and look forward to playing another one of their titles soon.