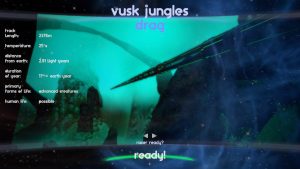 Cologne is a racing game from indie Developer Nhneno Games who prior to this release have worked on the mobile platform. Cologne takes several good ideas from other properties, but unfortunately they don’t ever combine into a cohesive game. The game may be about the future of racing and colonizing new worlds, but there isn’t anything new to see here.

Players will race in fast-paced settings that make crashing nearly inevitable at some point. No damage or injuries are ever depicted onscreen, however.

Cologne is a futuristic racer that imagines a universe where humanity has left earth and spread to nearby planets, many with uninhabitable conditions. Mankind’s undying need for sport results in the unique racing style in Cologne. Tube tracks snake across the sky and protect racers from the harsh outside elements, but they are also filled with obstacles and power-ups to keep things interesting. It’s a little bit TRON and a little bit S.T.U.N. Runner, but the sum of it’s parts don’t make a complete good game. Kind of like it’s title, (Cologne was supposed to include a story mode where you colonized different planets by winning races) it doesn’t fully work out or make sense. 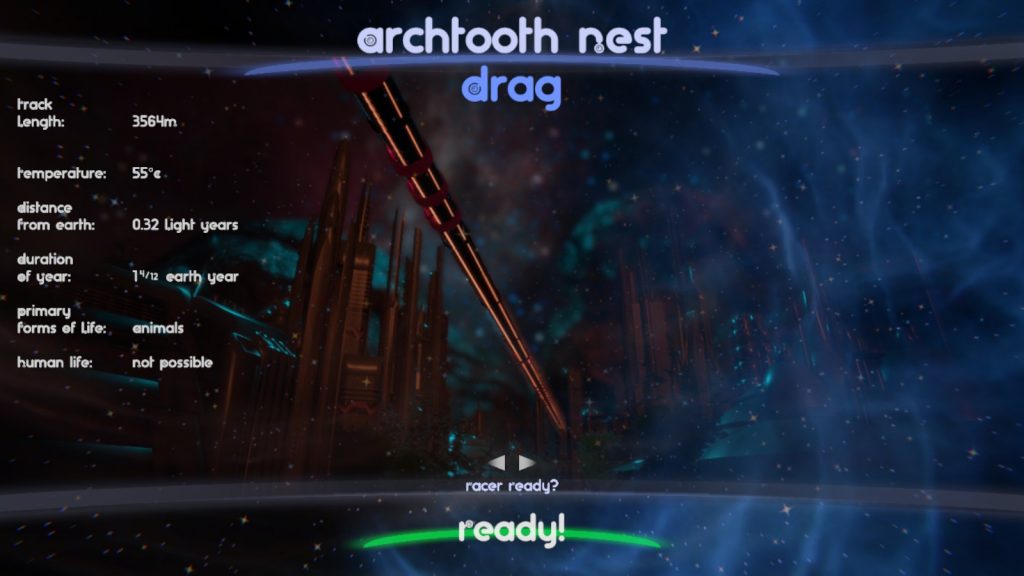 If human life isn’t possible here, who made all those cities? Really advanced animals, apparently.

Cologne has three different race types: track, sprint, and drag. Track is a normal race with laps. Sprint sees you taking a one-way trip through a winding course, and drag is a straight shot with obstacles and a shifting mechanic that isn’t present in the other two modes (it reminded me of NFS: Underground). No matter which mode you try, you’re in for a race requiring twitch-reflexes and a lot of patience. Some of the “easy” tracks aren’t too bad, but they still contain turns and obstacles that you’ll either have to memorize the position of, or have precognitive abilities to avoid. Everything is happening so fast, especially if you hit a boost power-up or use your “burner” for a bump in speed, that you’re going to hit something. It’s just a fact.

If the game felt balanced and fun this would be a small gripe. Some games are hard; that’s not an insurmountable obstacle. But pair this difficulty with the flaws present in Cologne and it becomes a chore. 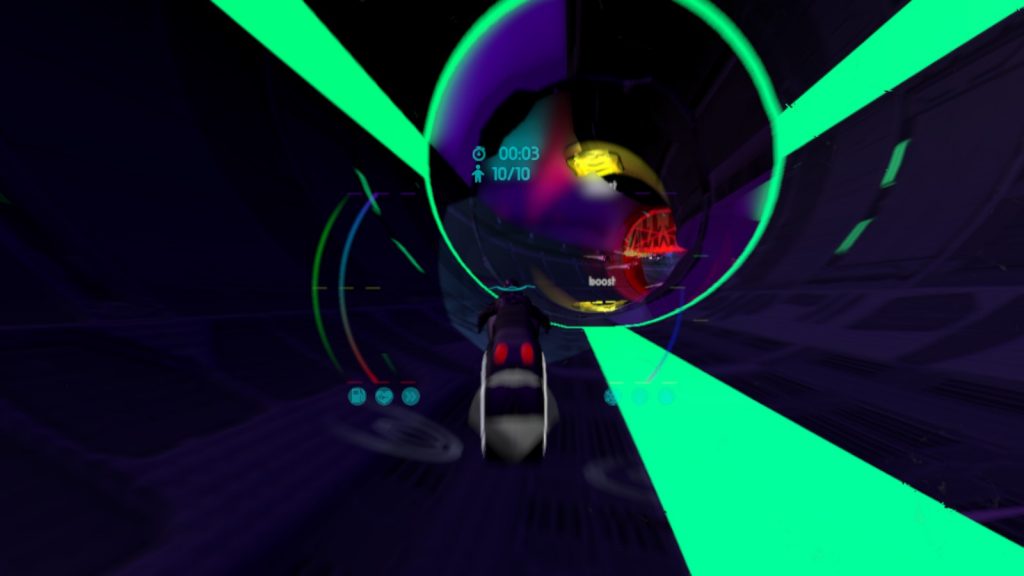 Early in a race. Those blurry streaks are my opponents zipping right through an obstacle (the red half-circle).

Usually when you run into an object, the race comes to a halt and you may even be sent backwards a small distance from the impact. About one-third of the time, I ran into a bug where the game clipped me outside of the race course, spinning into a blurry infinity. It didn’t crash the whole game, but made it so I had to restart the current race, losing any progress. For a game where players will be crashing often, this is far too often to have this happen. To add insult to injury, I realized a couple hours in that the opposing racers don’t swerve to avoid the early obstacles in Cologne—they clip right through them. Additionally, for some reason, the A.I. jumps up to top speed almost immediately, whereas you slowly creep off the start line. 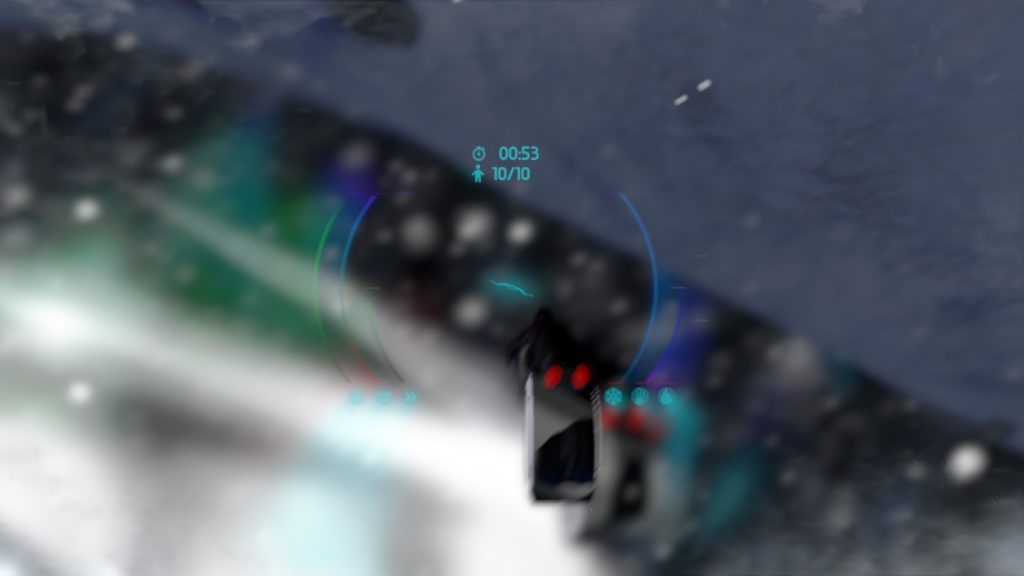 This nauseating spin-cycle became a common sight after a third of my crashes.

There is some fun to be had in Cologne, it’s just hard to get to due to the flaws. A few different times I started to “get” the pattern and see how things related and were coming up the track at me. When you drive for 20-30 seconds at top speed and manage to miss all the obstacles, you start to feel pretty good. It doesn’t last. And sadly, I noticed the faster you’re going, the more likely you’ll get the clipping error on crashing, especially if you’re boosting or using your “burner.” 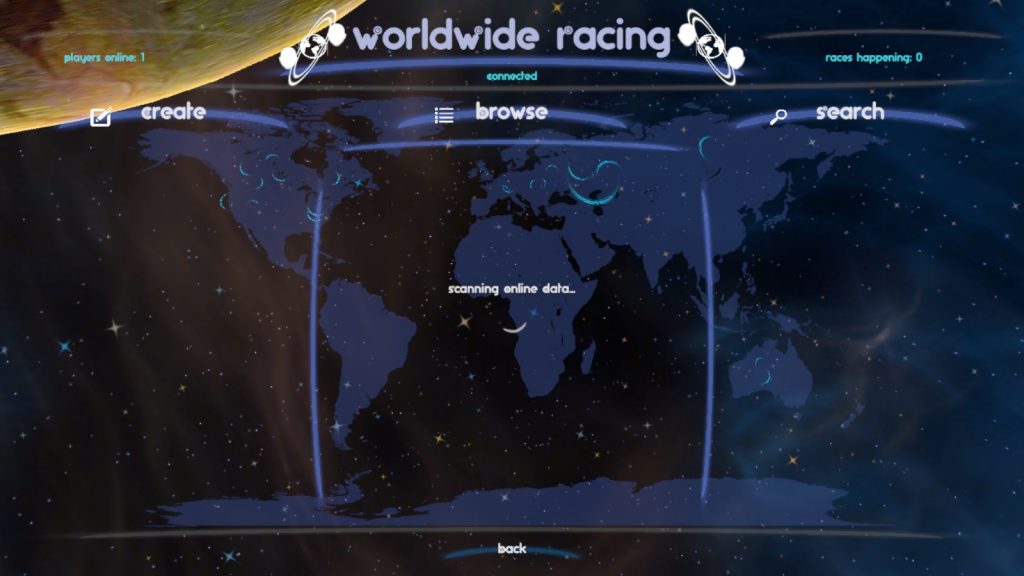 The multiplayer lobby. Never saw anyone else on.

I also want to mention the customization and multiplayer options in Cologne. I only have a small mention to offer in regard to multiplayer, since no one was ever online to be able to play with. All I can say is that it exists. Customization lets you change the color of your vehicles and rename your player. Cologne lets you take your race winnings and upgrade your vehicle in three different categories: fuel, health, and steering. Even after getting a few credits, which is hard to do, it doesn’t really seem to change the gameplay. I never ran out of fuel or crashed and was unable to finish because of damage. 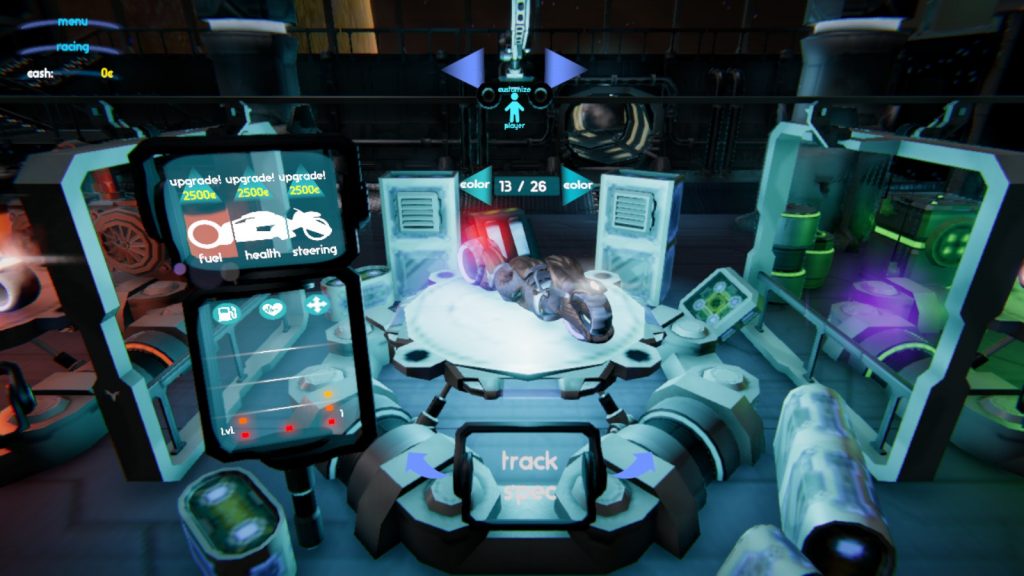 Upgrade your ride! Assuming you actually can win some credits…

All of these parts put together make Cologne feel unfair, not just difficult. It references and reminds me of several different racing games, but never does any of these homages justice. It just feels like certain ideas or mechanics were cherry-picked from better franchises, and never came together as a single cohesive game. At it’s best, Cologne can be an exhilarating thrill ride with amazing near-misses and brushes with death as you hurtle through a racing tube on a far-flung alien world. But more likely, it’s a frustrating exercise in patience as you come in last place most of the time, having hit 3-4 obstacles and maybe reset the whole race once or twice. 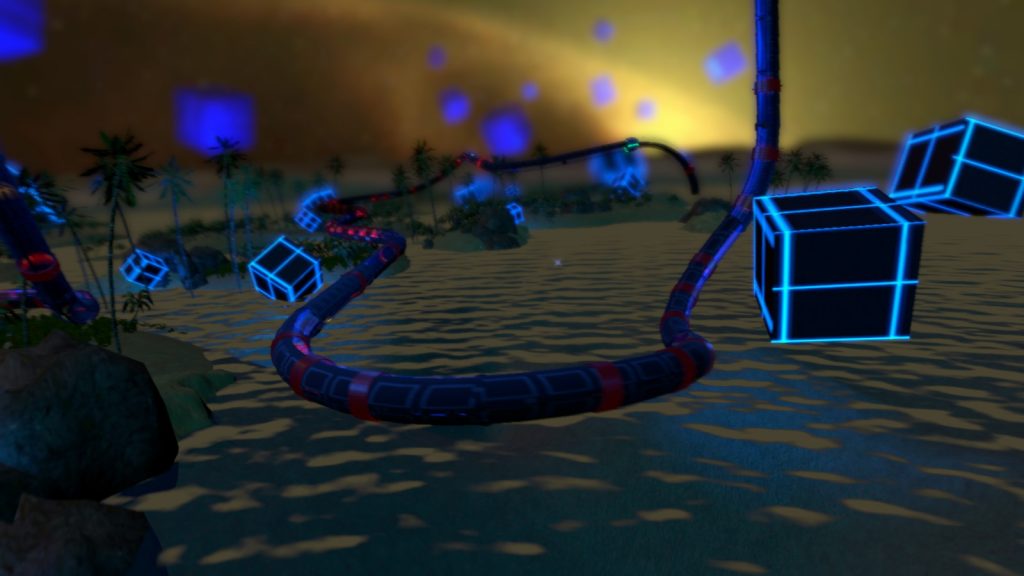 Each race starts with a flyover of the course from the outside. Cool at first, but sadly unskippable if you grow tired of them.