A Great Game and a Mediocre Remaster

Nowadays, the real-time strategy (RTS) genre is a staple of gaming culture and much of that can be owed to the original Command & Conquer. Originally released in 1995, Command & Conquer was an incredibly innovative game that established many of the mechanics that are often considered basic essentials for RTS games. Other big RTS franchises like  Age of Empires and Total Anhilliation owe much to the mechanics and principles that Command & Conquer established. Despite its influence, Command & Conquer‘s last game release for the franchise was back in 2012, save for a mobile game in 2018 which was met with very mixed reception.

Violence: Soldiers collapse in a small pool of blood when killed and quickly disappear afterwards. Soldiers can also catch on fire from nearby explosions and disappear afterward. It should be noted that even when using the remastered graphics, the soldiers are not very life-like and look more like action figures. When playing as either the Brotherhood of Nod or the Soviet Union, it is possible for the player to kill civilians that appear on certain maps. One live-action cutscene shows a man being shot in the head accompanied by a blood splatter effect.

Sexual Content: It is hinted at that Stalin might be having an affair with one of his female subordinates. One female character in the live-action cutscenes wears a crop top that exposes a bit of her midriff.

Alcohol/Drug Use: A couple live-action characters are shown smoking or drinking alcohol.

Spiritual Content: The Brotherhood of Nod regards their leader Kane with god-like reverence and worship. Kane’s persona and organization bear striking resemblances to many of the violent cults and religious extremist organizations that have existed in the past century. The use of the words “Kane,” “Nod,” and “Seth” by the Brotherhood appear to be direct references to Cain, the murderous son of Adam and Eve.

Positive Themes: Like many video games of the 1990’s, Command & Conquer’s themes center around the fight against terrorism and totalitarianism. 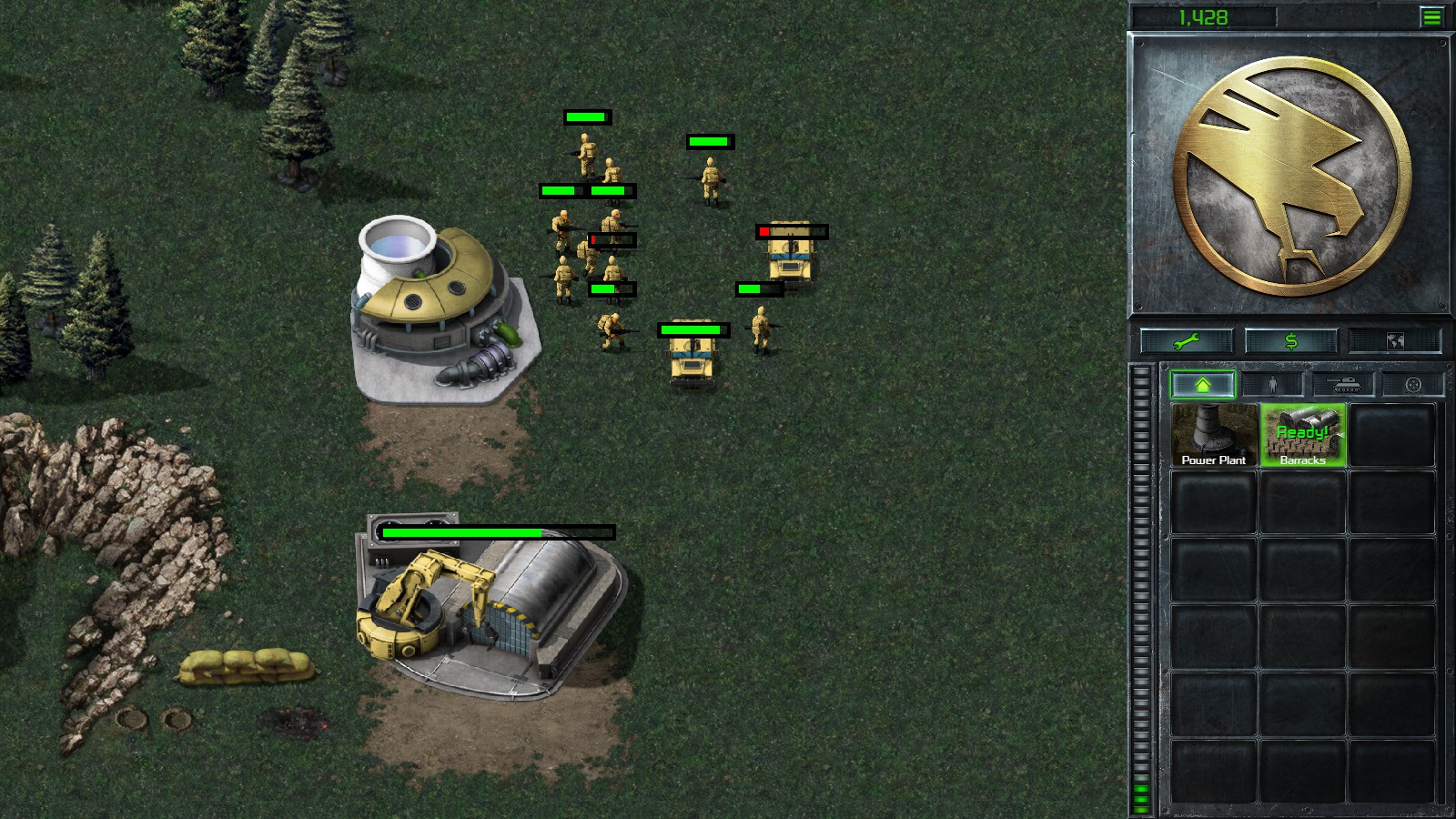 The original Command & Conquer is set in the then modern-day of the 1990’s and focuses on the struggle between the Global Defense Initiative (GDI) and the Brotherhood of Nod. The player is able to play the campaigns of both the GDI and the Brotherhood both of which have unique storylines that are shown in live-action cutscenes with human actors. The GDI is a sort of NATO/United Nations hybrid that seeks to defend the freedom of the world while the Brotherhood of Nod is a cult-like terrorist organization that seeks to liberate the world from global hegemony. Both factions fight for control of a mineral called “Tiberium,” the primary resource that the player uses in the game.

The basic combat of Command & Conquer revolves around gathering resources to construct a base that will produce units with which the player can destroy the enemy’s base. While this concept may seem basic at first, the game does a great job of providing the player with a wide variety of options for how to approach each mission. 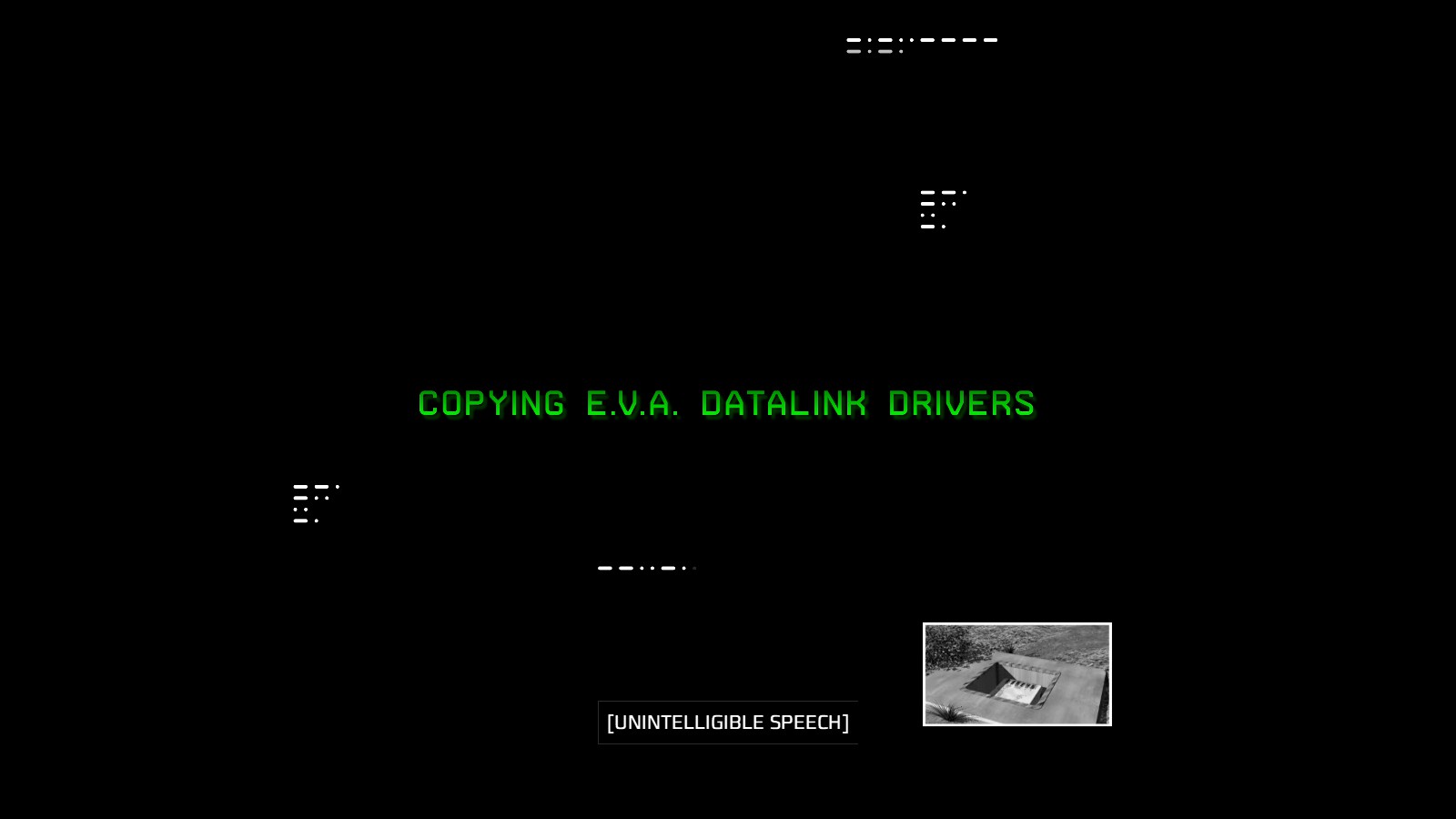 The game utilizes a sort of rock-paper-scissors mentality when it comes to handling the effectiveness of different units in combat. For example, machine gunners are very strong against other infantry and are cheap to produce but they are also the easiest to kill. Trucks on the other hand, are strong against all infantry units but are weak to rocket or explosive attacks. This forces the player to think carefully about which units he spends his limited resources on so as to best counter the enemy’s attacks. The player’s strategy is also affected by the amount of power the player produces as well as the terrain of the map. In order to operate their base, the player must build power plants as they expand their base. Units are also unable to cross certain natural barriers such as rivers or mountains.

One of the frustrations that I had was that certain missions in both factions’ campaigns are not structured very well. The difficulty curve for the missions can be inconsistent at times and it can take a while to figure out what combination of units works best to get out of a given situation. While it can be annoying at times, it does also demonstrate that the developers took the time to make the missions a decent challenge for players. 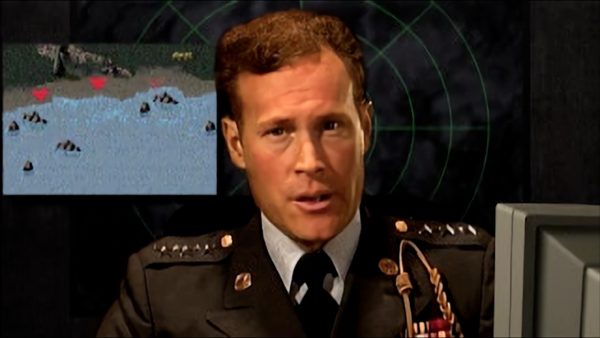 The other frustration that I have is that I think that the marketing of this game as a “remaster” is too its detriment. The term “remaster” conveys the idea that the developers went back and polished the game from the ground-up, sometimes adding in new content that enhances the experience of the original. The Spyro Reignited Trilogy and Final Fantasy VII Remake are great examples of this idea. With Command and Conquer however, the remastering is largely cosmetic with the player having the ability to switch between the original and remastered graphics. While the remastered graphics are certainly an improvement over the original’s, they are still poor compared to the graphics of RTS games produced in the past few years. 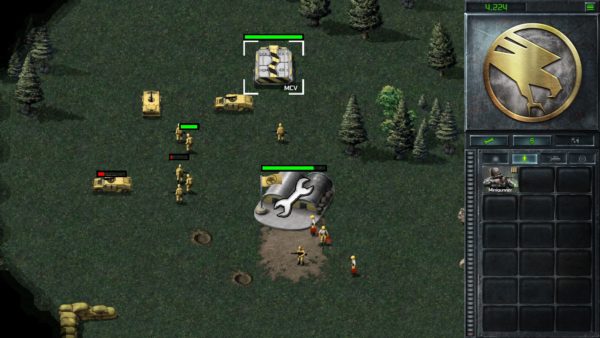 These graphics are not terrible, but when compared to games of the current generation, they leave much to be desired.

On top of this, the cutscenes still use the original three-dimensional computer graphics which have not aged well. The quality of the live-action cutscenes also varies from fairly clean to incredibly grainy. Had these elements been improved, it would have done much to heighten my experience of playing the game. I recognize that these elements do not affect the actual gameplay itself, however if a game is marketed as being a remaster of the original, it should bear much more noticeable changes than what is presented here.

Despite these issues, it is easy to see why the original Command and Conquer has became a classic. The gameplay is solid and has the challenge that gamers game to expect from games of the 90’s. The cutscenes are cheesy in a way that is endearing and just immerses you more into the game’s story.  While I am frustrated at the game as a remaster, there is no denying that as a game it holds up well. 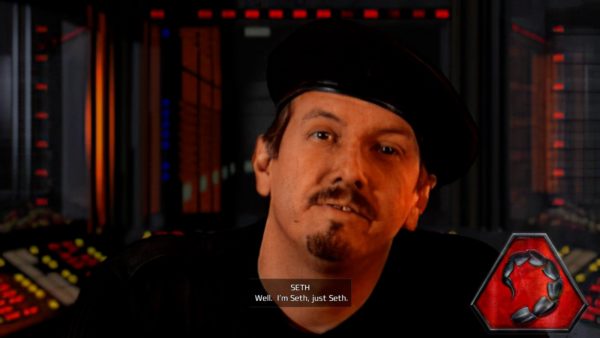 If you ever wondered what history would have been like if Albert Einstein had built a time machine and used it to travel back in time to assasinate Hitler, then you are in luck because that is literally the setup for Command and Conquer: Red Alert. In this alternate history, the Nazis never took power in Germany, leaving Europe wide open to conquest by the Soviet Union under Josef Stalin. The player can play both the campaigns of the Allies as well as the Soviet Union in an alternative and cheesy of World War II.

The fundamental mechanics established in the first Command and Conquer game are still in tact with the basic goal still centered around harvesting resources to build up your base and defeat your opponent. The rock-paper-scissors approach is still in effect and Red Alert reuses many of the basic units from the first game. However, Red Alert also adds new units such as attack dogs, aircraft, long-range missile launchers and new hero units into the mix. These units give the player more options in terms of how they strategize against their opponent as well as more obstacles that they may encounter on the battlefield. 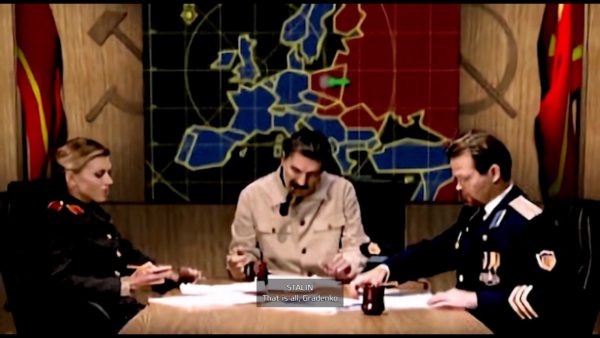 While there were occasional moments of difficulty regarding the structure of missions as there were with the first Command and Conquer. However, these moments were much more infrequent and overall the gameplay was much more polished. Just like the first Command and Conquer, I take issue with how much of a remastering the game actually is. While I got used to it the longer I played, I still can’t shake the feeling that more could have been done to truly polish this game up for the 2020’s.

Overall, I found Red Alert‘s missions and gameplay to be slightly more enjoyable than that of the original Command and Conquer. The new units added a lot more variety to the combat and the missions were structured a bit more fairly. Also as a World War II history buff, I have a strong bias towards any game that takes place in that era of history. 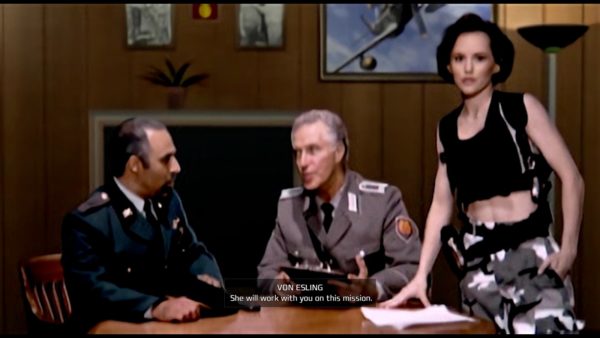 Clearly this is appropriate attire for an elite special forces operative… 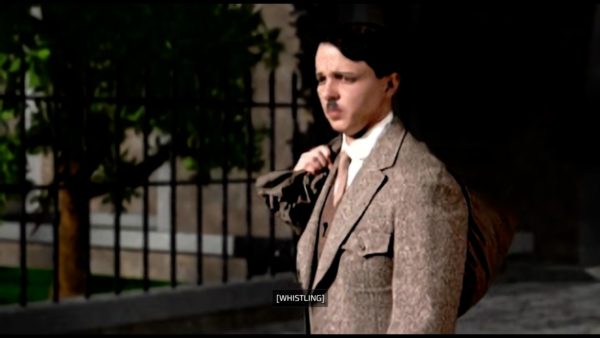 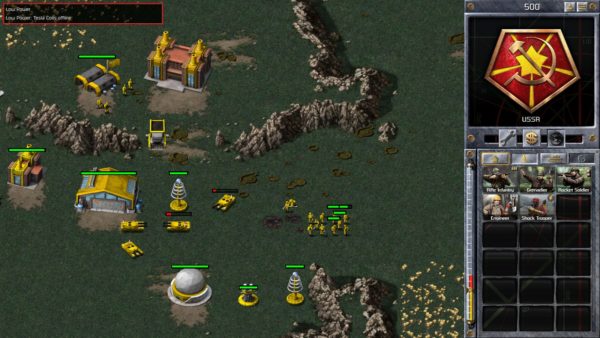 Outside of the campaigns, the Command and Conquer and Red Alert both offer both a skirmish and multiplayer modes. In the skirmish mode, the player is able to play against AI players of varying difficulties while multiplayer can be done both online as well as through a local area network (LAN). Both the multiplayer and skirmish modes give the player a lot of freedom in terms of determining the starting resources, units available and which map is used. The maps can also hold up to eight players at once which allows for massive battles not found in the main campaigns.

The skirmish mode is also a great place to go if you are having trouble in any of the main campaigns. I found myself using it to experiment with different unit types and trying out different strategies that I could then employ in campaign missions that I was stuck on. Overall, both the multiplayer and the skirmish modes are great additions to the collection that provide a lot of continued play-value long after the campaign missions are completed.

Command and Conquer Remastered Collection is a great strategy game that returns to the roots of RTS’s in commendable fashion. It is a breath of fresh air for long-time fans of the franchise and is a great introduction for newcomers to the franchise. It may not be a very successful remastering of a game, but the gameplay that defined the series is as enjoyable as ever.

Command and Conquer Remastered Collection is a strong return to form for the franchise even if it doesn't meet all the criteria that gamers have to come expect from remastered games.