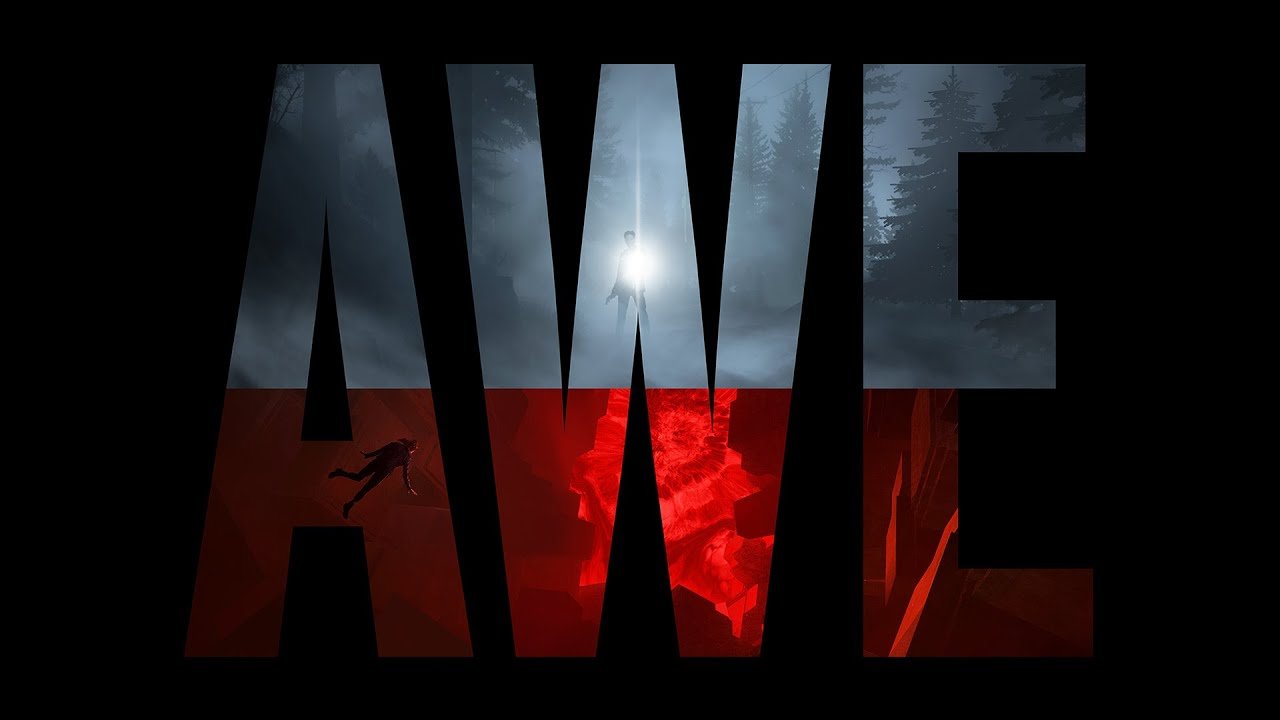 When Remedy Entertainment released Alan Wake in 2010, it became a cult classic with a dedicated fanbase, and fans (such as myself) have longed for more Alan Wake content ever since. Aside from the 2012 spin-off Alan Wake’s American Nightmare and a few oblique references in Quantum Break and Control, however, we’ve been left pining for a continuation of Wake’s story. But with its new AWE expansion, Control is now tying its world more closely to that of Alan Wake, initiating what Remedy is referring to as the Remedy Connected Universe. For Alan Wake fans, this is exciting, possibly indicating that there really is light at the end of the tunnel, and that we may actually find out what happens to the imperiled writer we grew fond of a decade ago. At the same time, this puts AWE in an unenviable position. Can it hold up under the weight of the expectation of Alan Wake fans while still standing strong as an expansion of an entirely different game? 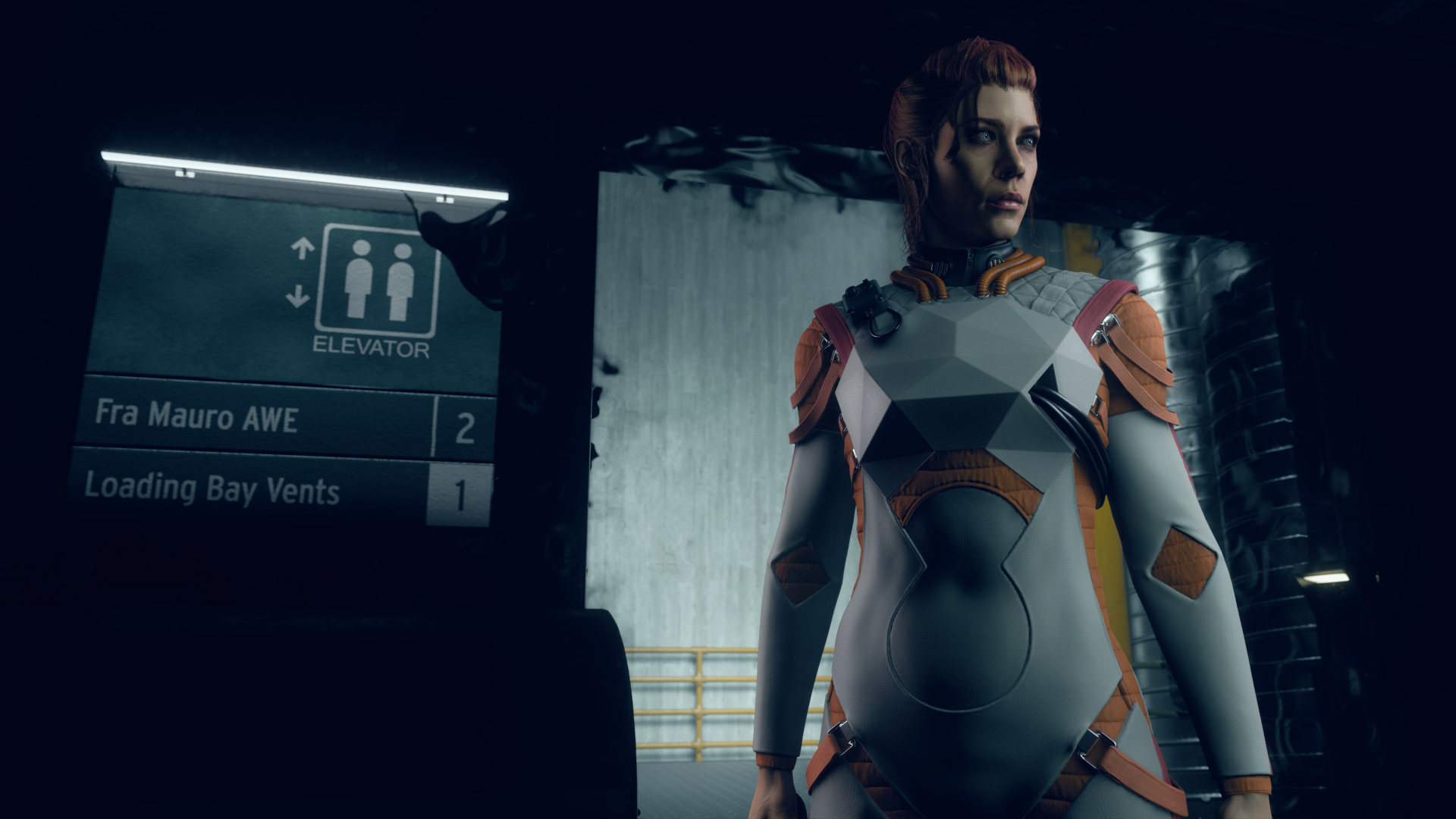 As this is a review of an expansion, everything noted in our review of the base game applies to AWE; thus, there is nothing to add based on the new content. Click here to read the review of Control. 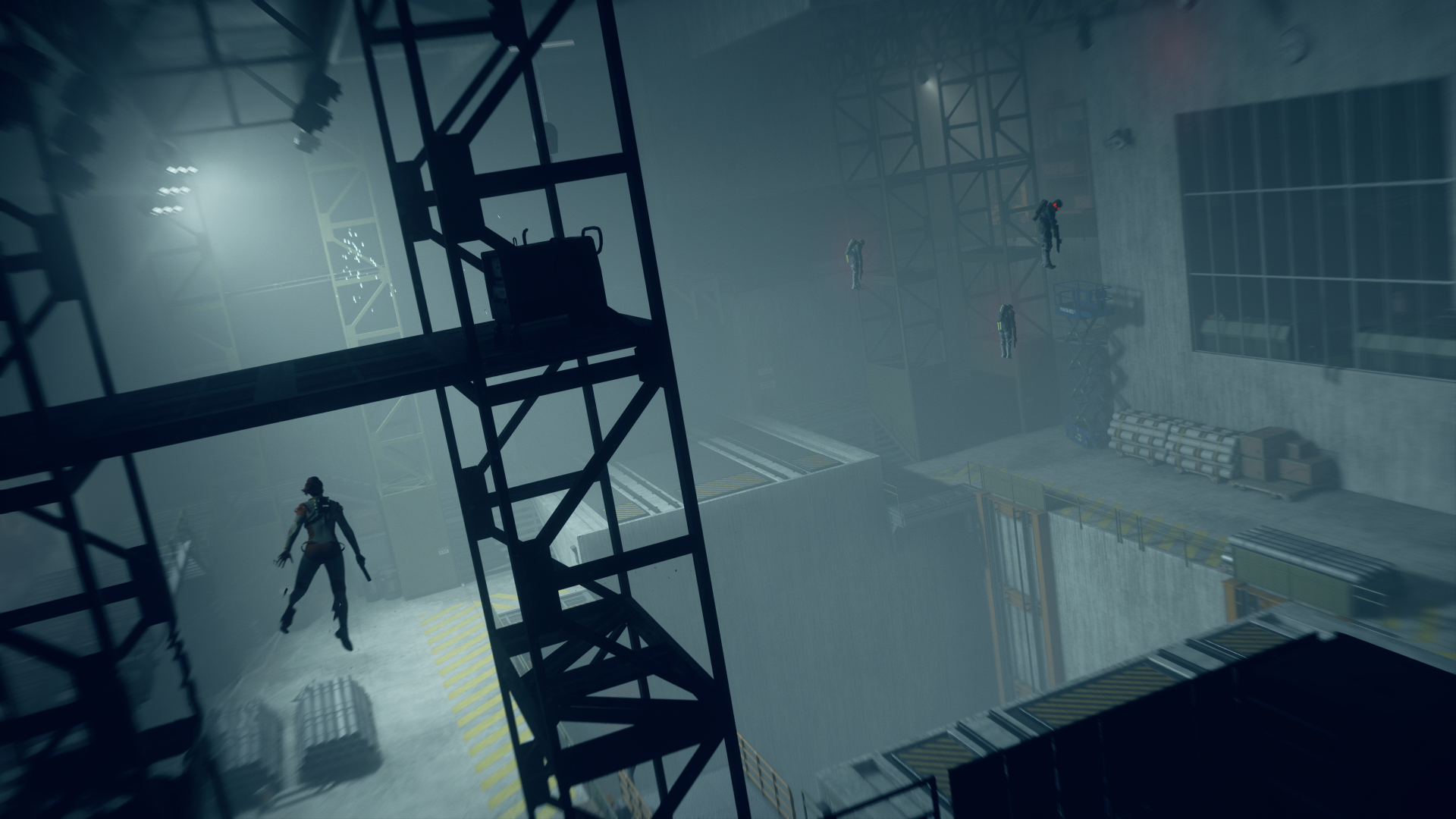 In AWE, Jesse Faden travels to the abandoned Investigations Sector of the Federal Bureau of Control. It turns out that Emil Hartman, the head of the Cauldron Lake Lodge who had tried to harness the power of Cauldron Lake through the artistic endeavors of Alan Wake and the Anderson brothers, took a new approach after his failed experiments with artists: he took a dive into the lake himself, and the dark forces infested themselves within him. The Bureau then detained him and brought him back to the Oldest House, where he was affected by the Hiss as well. Now he roams the Investigations Sector as a warped, hideous monster, and it’s up to Jesse to bring him down.

As you progress through the story, you gain glimpses into Wake’s attempt to write himself out of Cauldron Lake. These glimpses add just as many new questions as they answer—which should come as no surprise to those familiar with Alan Wake’s supernatural narrative—but without giving away any spoilers, the sum total suggests that Remedy has more in store for this beloved franchise. As an Alan Wake fan who has waited a decade for more info, I can’t help but get excited for what the future may hold. 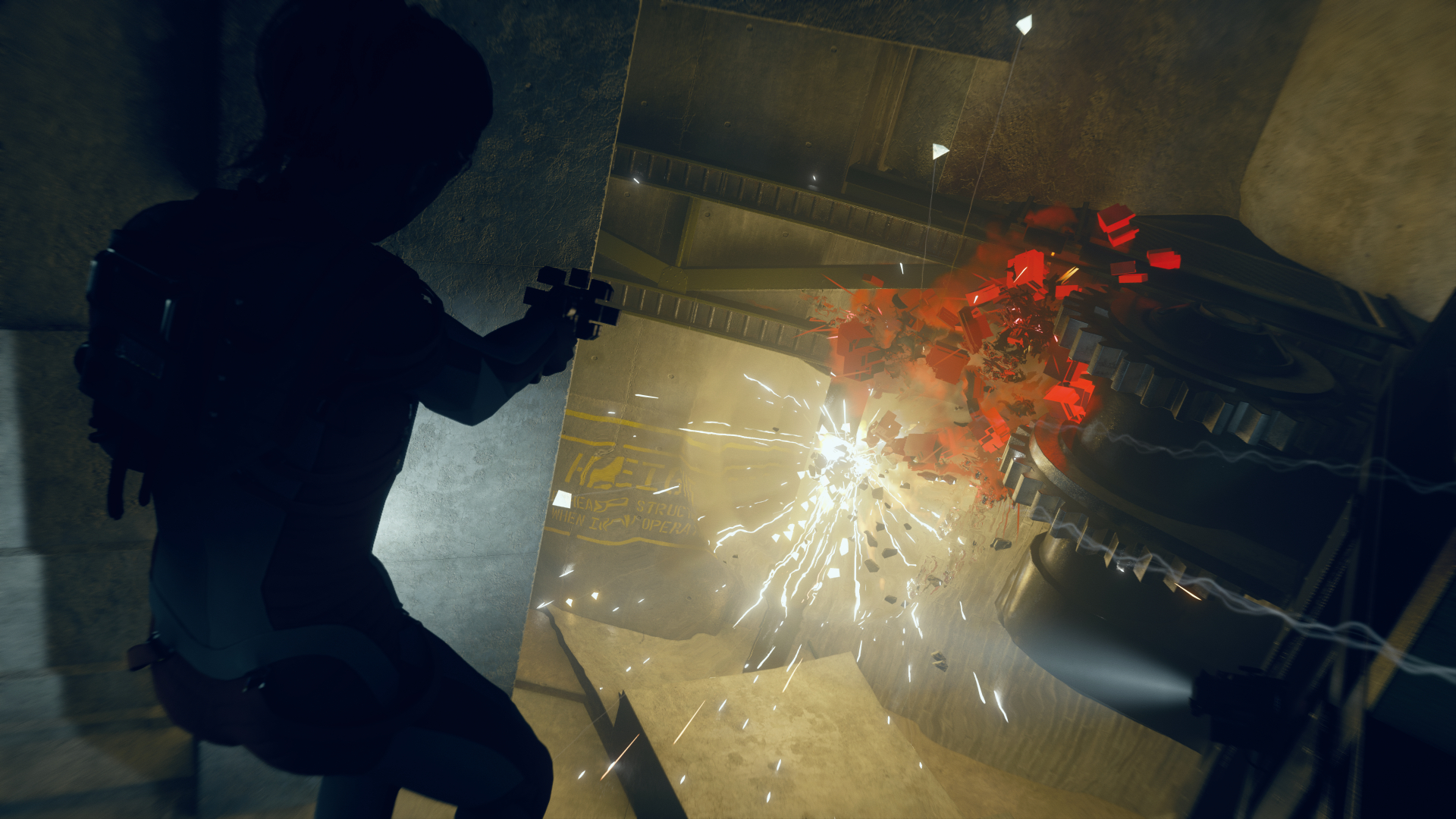 Sadly, in the here and now, Hartman proves to be an uninteresting foe. He appears as a reoccurring villain, taking over an area and lurking in the darkness; in each instance, Jesse must seek out the electrical crates needed to restore power to a light switch, and force Hartman to flee until she can corner him. Hanging around in the darkness is dangerous, as it causes your energy meter to deplete and leaves you vulnerable to Hartman, who launches powerful projectiles and teleports to your location for a devastating melee attack. Navigating through the darkness to the safely lit spots is easy, though, and while other Hiss soldiers will occasionally appear to impede your progress, they fail to provide much additional challenge. Every Hartman encounter feels too simple, and even the final one where you actually get to fight him head-on doesn’t add much in the way of interesting twists. 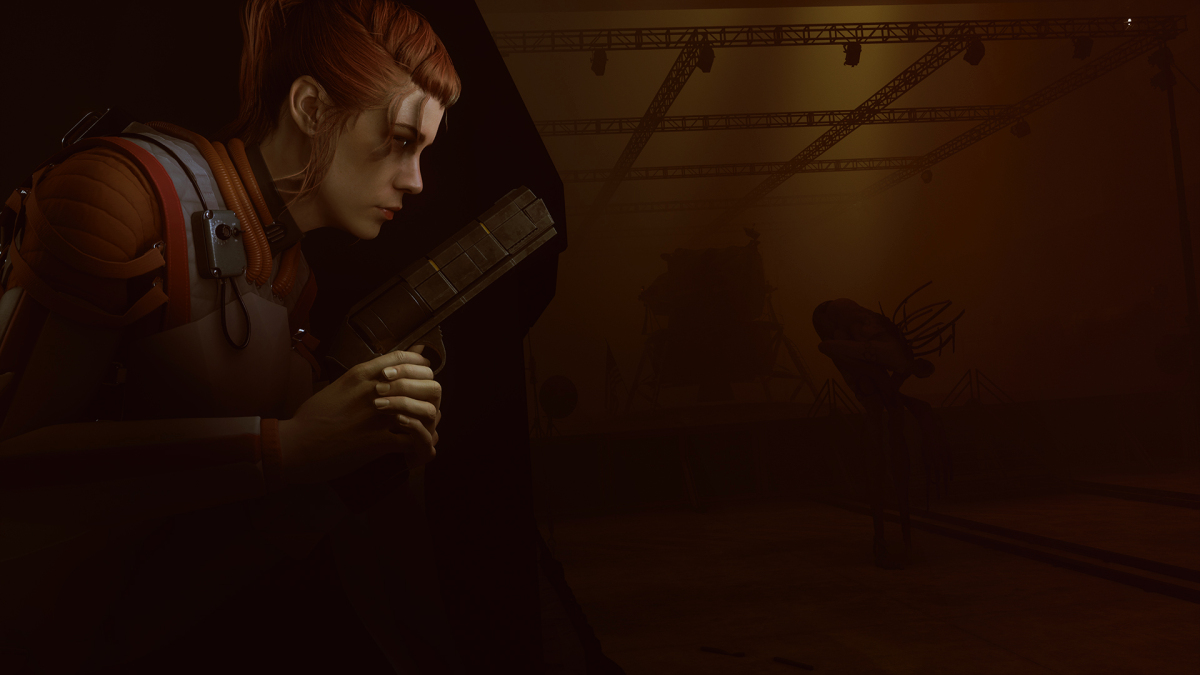 While Alan Wake obviously takes center stage in many ways here, AWE is still a part of Control, so Jesse and the Bureau naturally play an important part. Langston, the amiable but socially inept head of the Bureau’s Panopticon, chats over the intercom with Jesse a few times, providing some comic relief as he rambles about his cats. Jesse, meanwhile, can interact with a couple of other Objects of Power connected to Altered World Events while she pursues Hartman. Unfortunately, these other AWEs are a letdown, consisting merely of either a fetch quest or a simple puzzle to solve. The files and other documentation strewn about the Investigations Sector add some interesting backstory to these AWEs, but despite each having their own dedicated area, they end up being almost completely forgettable. 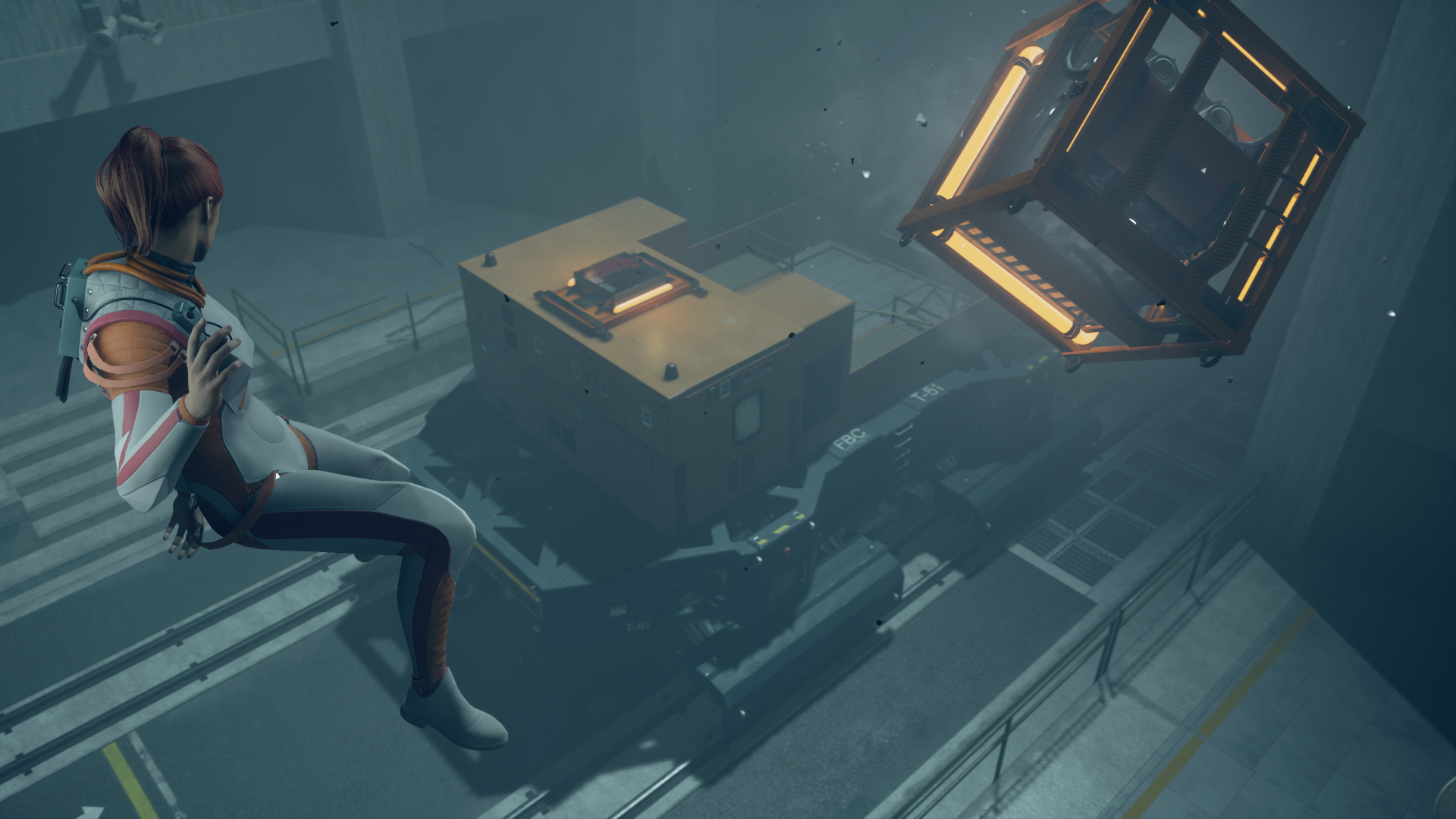 On a more positive note, Jesse finds a pair of supernatural arcade cabinets that give you access to several fun combat challenges. One cabinet allows you to either fight off waves of Hiss, or kill enemies as quickly as possible to increase a time limit; the other cabinet lets you replay bosses from the main game, either individually or back-to-back in a boss rush. I always appreciate the option to quickly and easily replay combat sequences; a feature like this shows that the developer is confident in their combat system, and Remedy is right to be confident here. 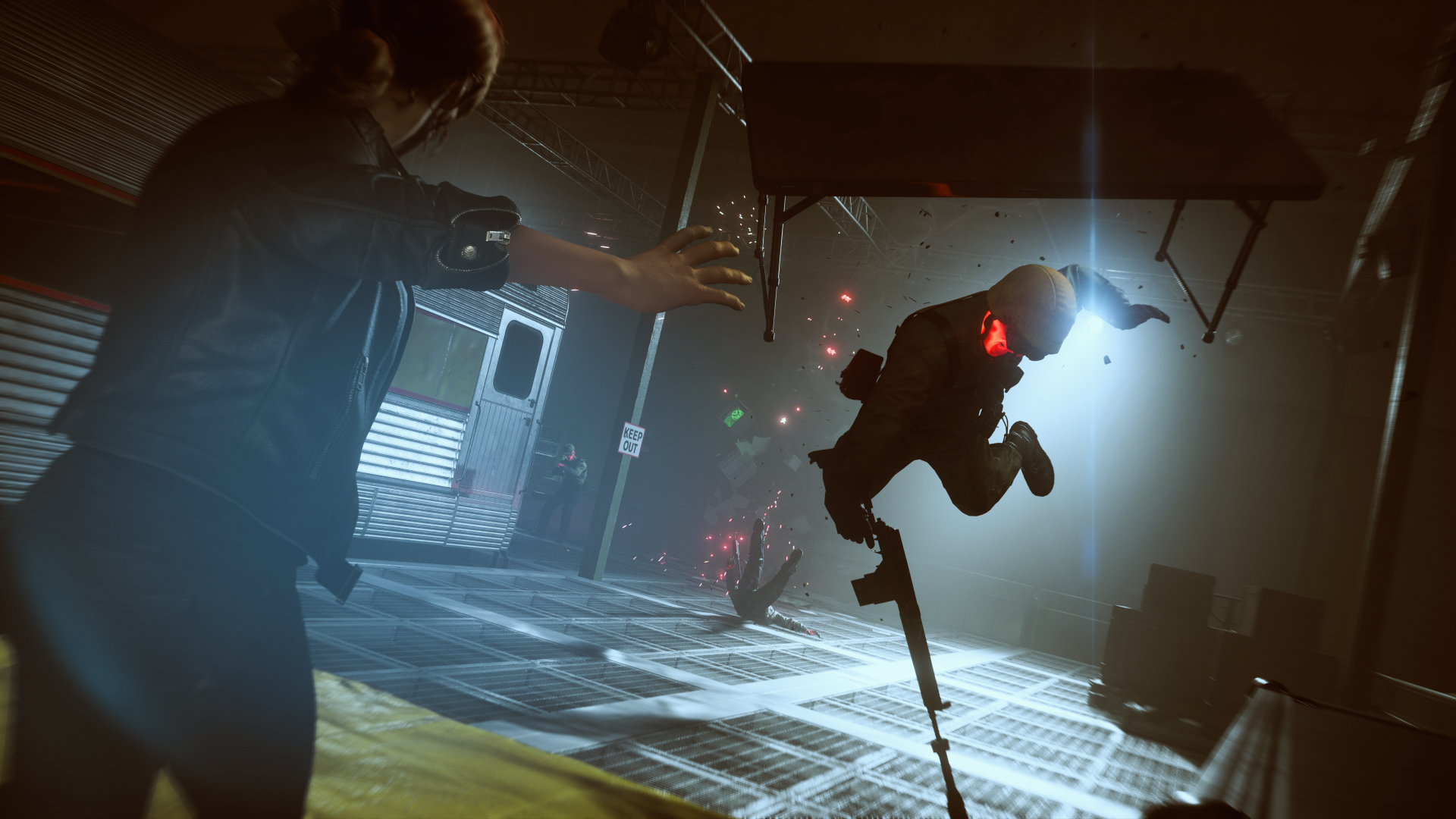 AWE also adds the Surge form for the Service Weapon. This new form lets you fire sticky bombs that you can then detonate at your leisure. It’s a powerful weapon, but balanced by the fact that you can only have up to three sticky bombs out in the field at a time, and that you can get hurt by the explosion as well; I learned that the hard way after I added a mod to expand the blast radius. A few new enemy types appear as well: a Hiss sniper, a flying Hiss soldier, and a shrieking Hiss monster that shoots a powerful laser at you. The new flying type doesn’t add much flavor to the overall experience, but the sniper and laser enemies can force you to reevaluate your situation in an instant, as they will tear you apart quickly if you can’t find cover.

To round things off, the expansion tosses in a few other small missions for you to tackle while you explore the Investigations Sector, such as destroying more of the mold spreading from deep in the Bureau or burning away clumps of darkness with bright lamps. These only really serve as a bit of busywork to fill in the gaps between your other more pressing tasks, and while I can’t fault them for that—they serve their purpose well, and these kinds of missions are present throughout the rest of the game anyway—their added value is marginal, and cannot make up for where other parts of the expansion are lacking.

All told, then, the AWE expansion is a mixed bag. I appreciate some of the side content added here, such as the arcade cabinets and the new Service Weapon form, and as an Alan Wake fan, I love the numerous references to the 2010 cult classic and the potential for more Alan Wake content in the future. At the same time, much of the most important content on display, namely the Hartman encounters and the other AWEs, let me down. Where The Foundation offered a compelling extension of the Control mythos as well as the stellar Swift Platform side mission, AWE contains no stand-out elements to put it on the same level as the rest of the Control experience. As a way to add peripheral value to the base game, firmly connect it to Alan Wake, and tease future projects, AWE succeeds; as a proper expansion to Control, however, it comes up short. 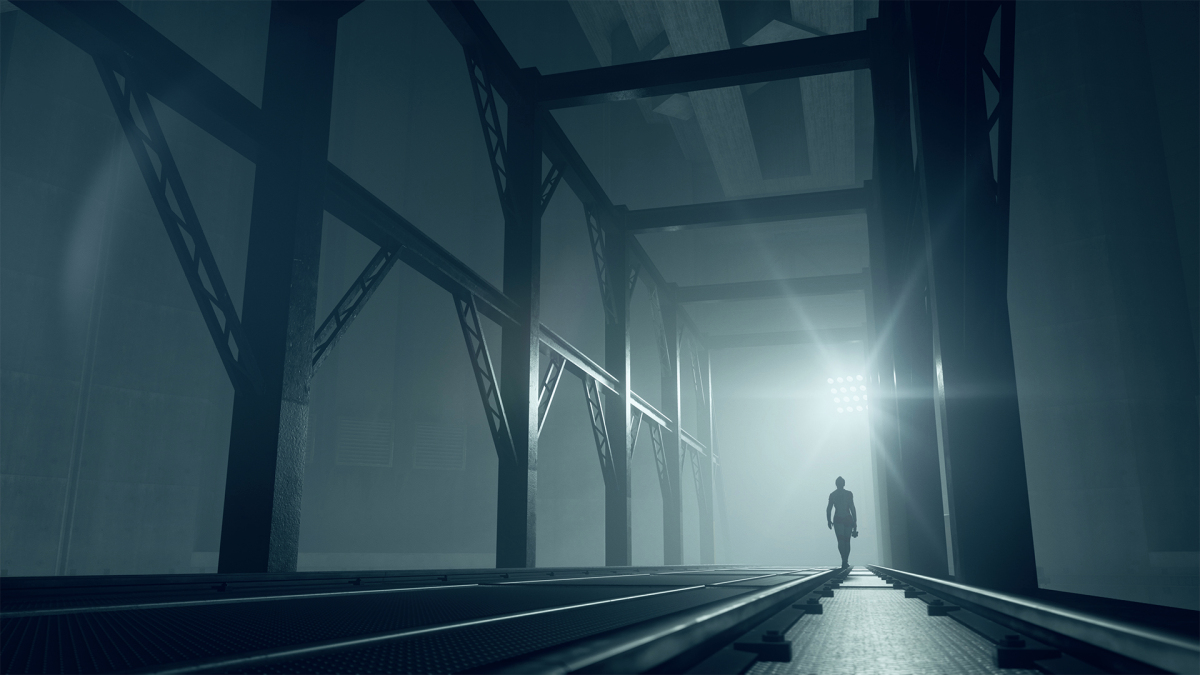 Control: AWE admirably serves its purpose as a formal beginning to the Remedy Connected Universe and adds a few cool perks along the way, but fails to stand as a compelling Control expansion in its own right.