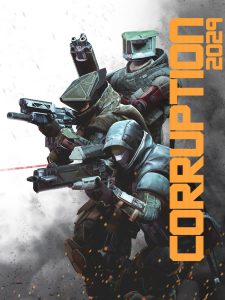 From the makers of Mutant Year Zero: Road to Eden, comes another strategy game with more guns, more environments, and more tactical gameplay. Based in Sweden, developer The Bearded Ladies announced Corruption 2029 on February 7th and released it ten days later exclusively on Epic Games Store. Already lauded for their work on Mutant Year Zero, how do they fair on a more original franchise that is Corruption 2029? 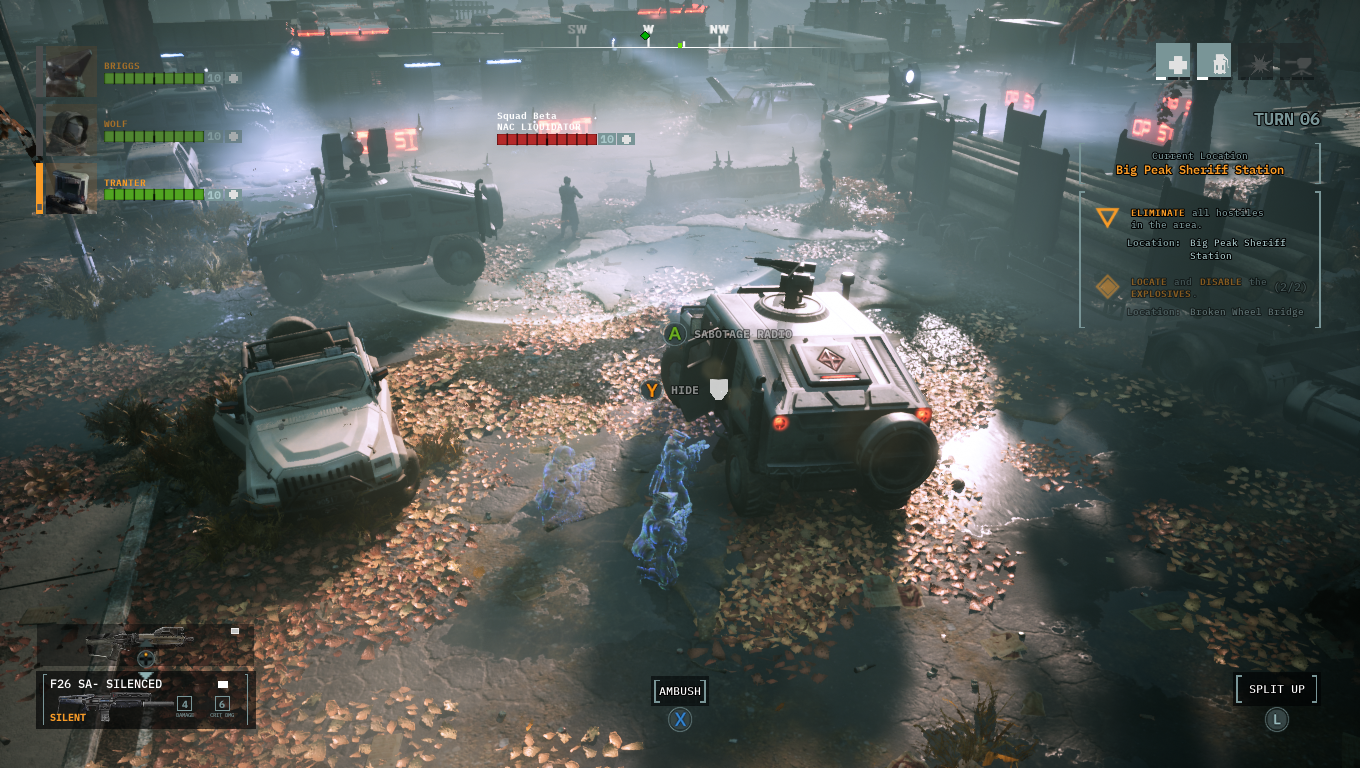 Violence: Corruption 2029 has to do with plenty of sneaking around and shooting unsuspecting soldiers. Expect to dispatch enemies using realistic pistols, assault rifles, sniper rifles, grenades, and miniguns. When a solider is shot or killed, small splatters of blood are shown on impact. But that’s as far as graphic gory content goes.

Sexual Content: There is no sexual content in this game save for a singular van I found while sneaking around that had the words “pussy wagon” painted on the sides. 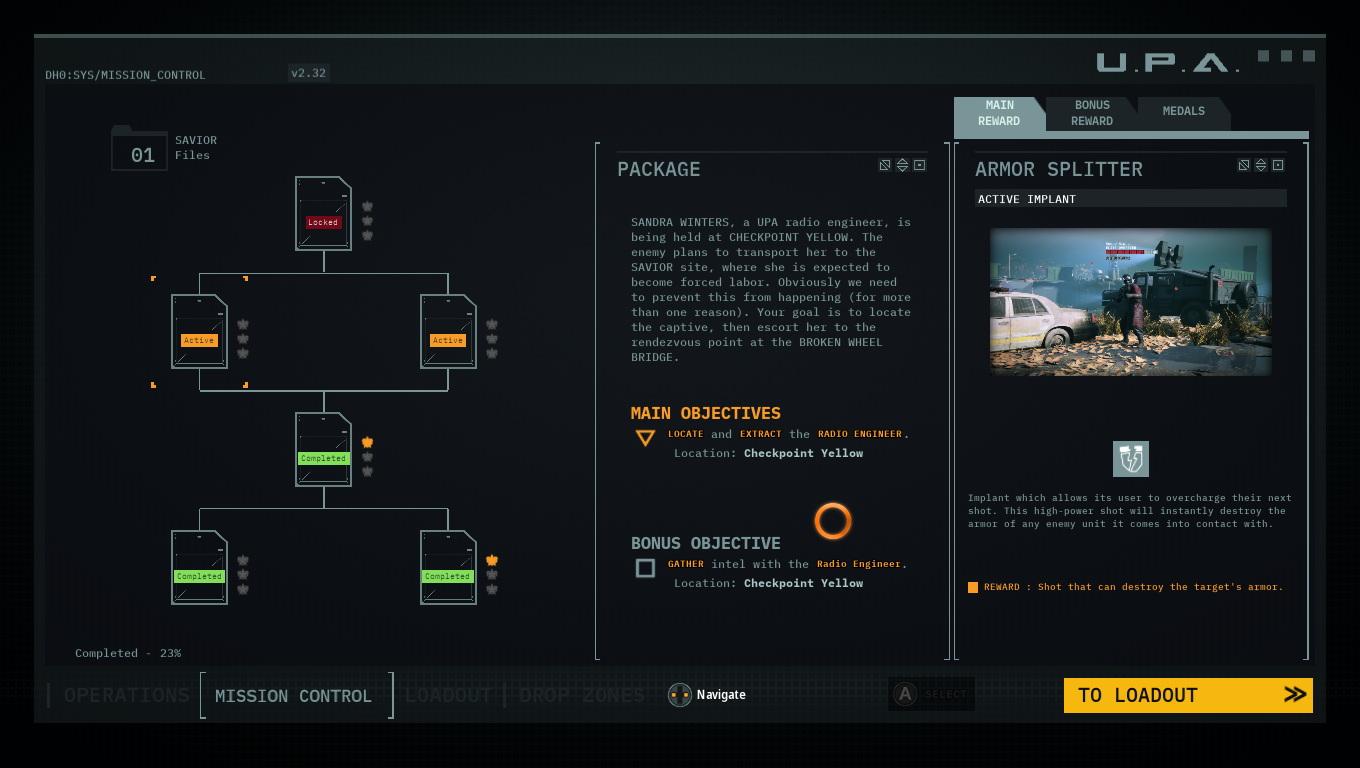 The game pits three soldiers that the player controls against a certain amount of enemies in certain scenarios. Some missions require extracting an agent from captivity and others will simply have you clear out a facility full of soldiers. The key to success is to read the field and avoid mistakes. Corruption 2029 is hard. One simple mistake can cost you the entire level or tack on twenty more minutes of scratching your head. Be smart and use what is around you. 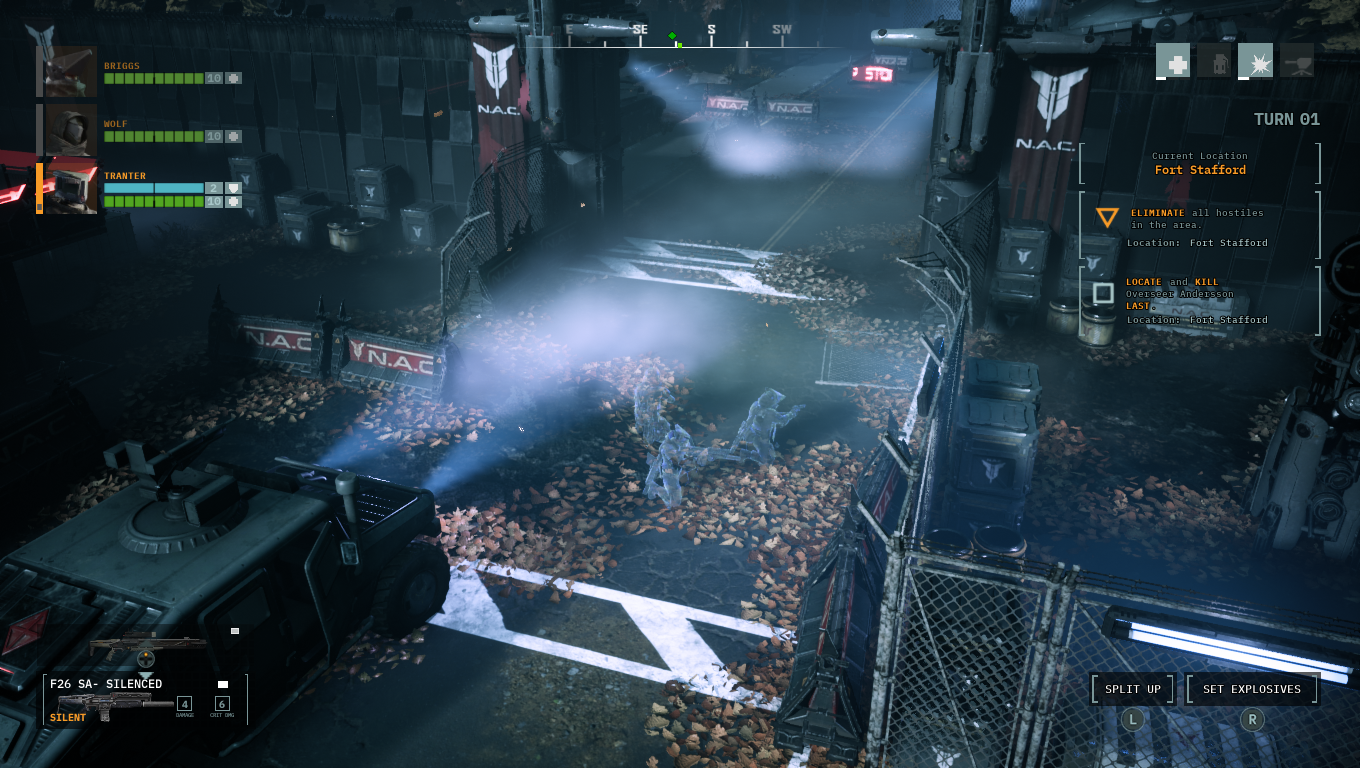 There are different types of weapons, enemies, and also the use of augments. Yes, the game takes place in an augmented future, where soldiers are mechanically modified to make them better at killing. These augments are useful and can be removed or added at the beginning of missions as the player pleases. Before each mission, the player will need to adjust their loadout, as weapons and augments cannot be actively swapped out during a mission. Plan accordingly to the mission! You will have to deal with armored enemies, flying robots, and whether or not you want to focus on stealth (Pro tip: focus on stealth, don’t be silly). 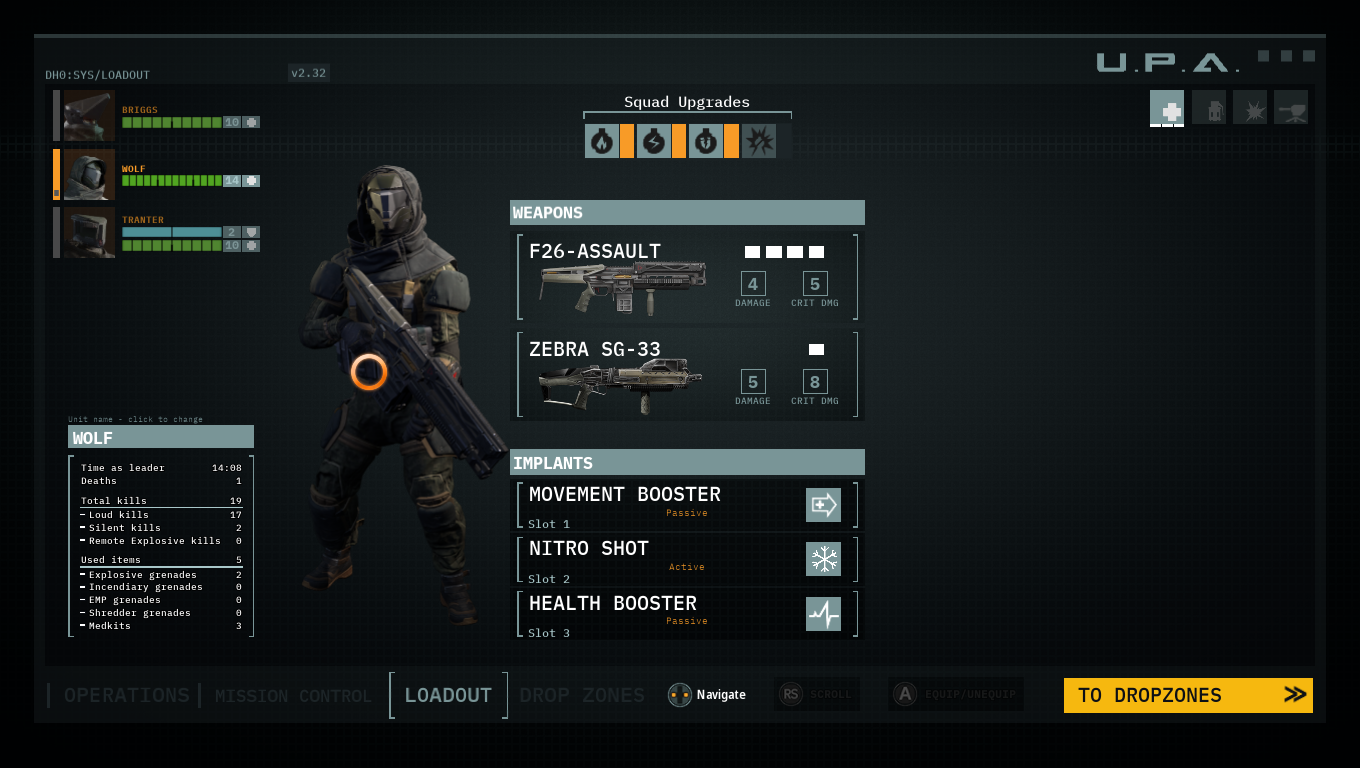 You may find an implant you enjoy using, but trust me on this: you will want to try others. Is there a powerful enemy you’re trying to eliminate? There’s an implant for that. Freeze him with a liquid nitrogen shot and get an extra turn to take him down! Is an annoying sniper picking you off from afar? You can jump to him using an implant! I do enjoy the variety that the implants provide. It presents enough choice for me to change up my approach little by little.

If you mess up, reload your save. The game will autosave after an encounter with an enemy. But you should be saving often too. Reloading saves is the best way I know how to pretend I didn’t throw a grenade into an area that had one of my own men in proximity. A lot of this game requires trial and error, as it won’t tell you what kind of enemies are in the facility or encampment. There are also medals and extra challenges for those who enjoy a bit of extra push. These are fun too and completing them will supply you with bonus implants. 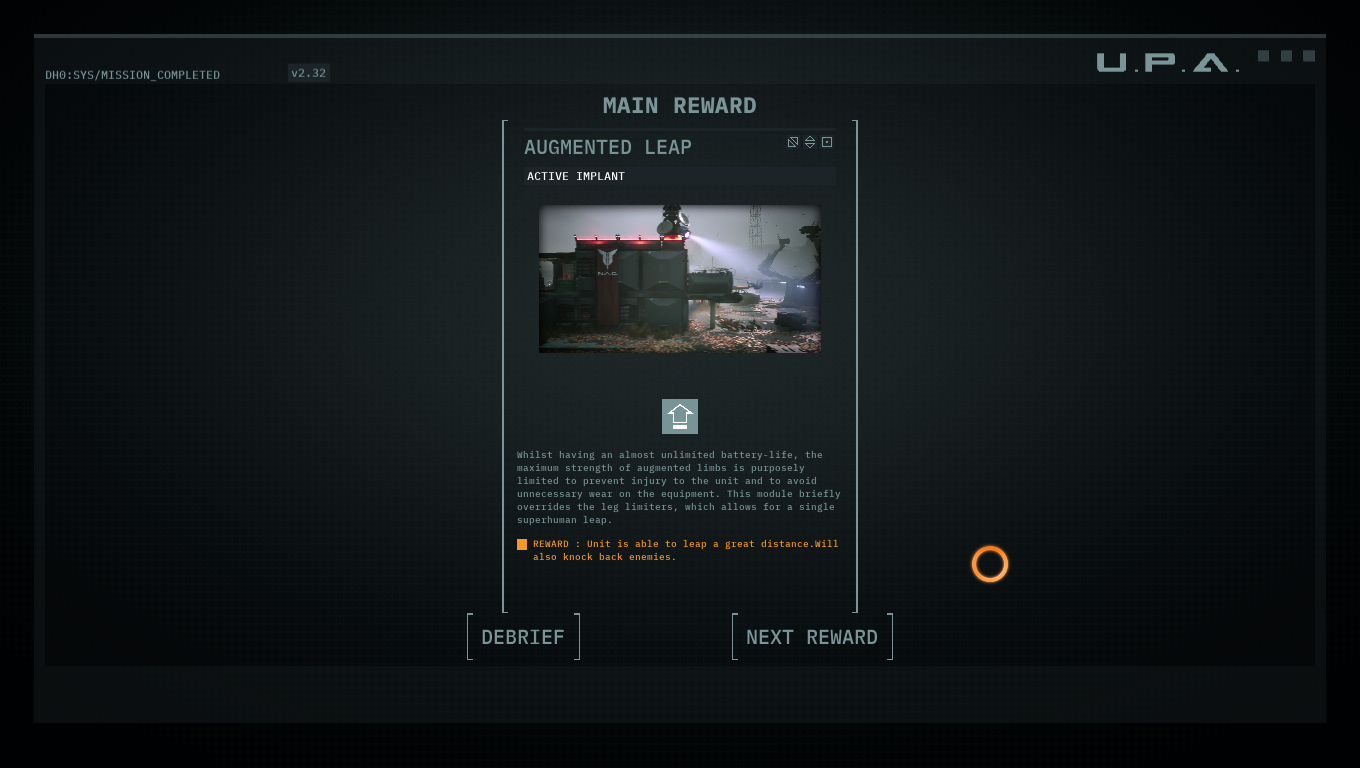 One factor I welcome that is different from other strategy games is the ability to wander around, avoiding encounters all together or tackling a different group of enemies however you please. If you’re objective is to clear the map, then you can attempt to pick off weaker enemies first or one at a time, while remaining in stealth. If I’m doing a rescue mission, once I rescue the target, I can choose to avoid all further encounters and sneak my way to the end. Of course, once an encounter is begun, the game switches to turn-based mode and the players will only be able to take two actions per soldier. 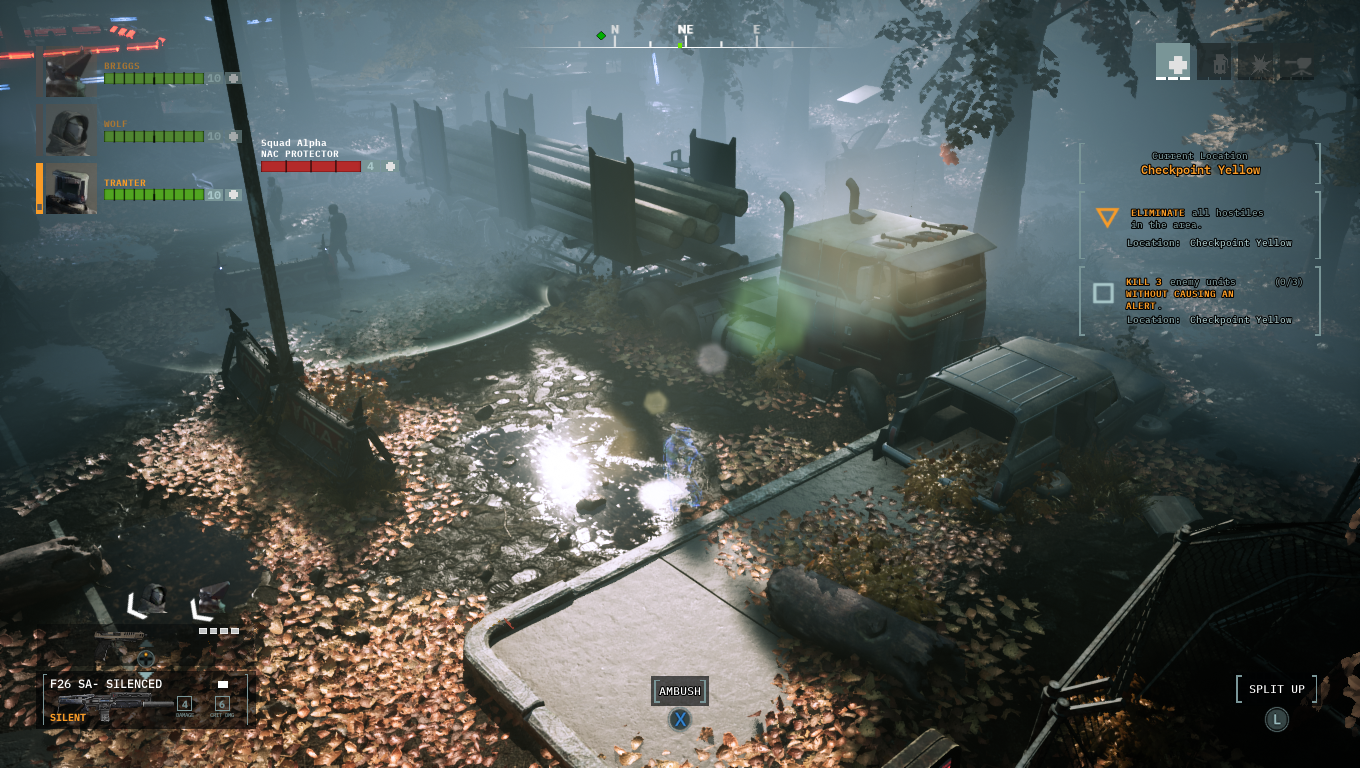 One action can be used to move and then shoot, or the player can choose to shoot right away. Once the choice is made to shoot, no further actions can be taken by that unit, regardless if there is another action left. Players can also choose to “dig down” at the spot they are stationed, increasing their evasion, or they can choose to use an augment or even choose to stay in cover mode called “overwatch,” which allows a soldier to shoot an enemy who moves within their sight area. 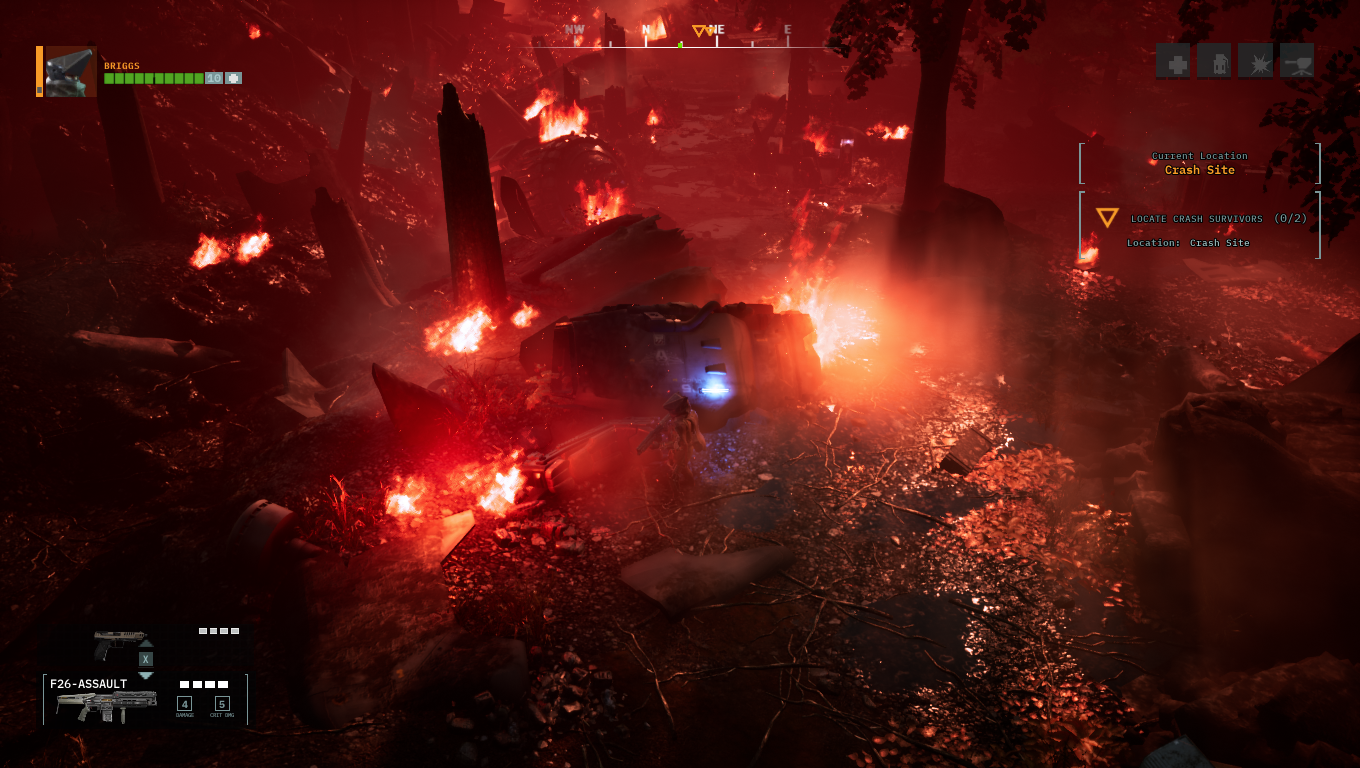 One negative part about Corruption is the repetitive and recycled environments. I think I’ve done five or six different missions that had to do with the same area. Granted, there were different enemies each time, but I quickly became bored with the same layout. Meanwhile, Corruption’s graphics are crystal clear and feel quite realistic. Walking across a puddle of water, wandering through the autumn trees, and human-like reactions to being shot or blown back by a weapon are just some of the animations that were well done. There is also some good detail in the guns and some realistic explosions from grenades.

As for the story in Corruption, it is quite mysterious. While the setting is explained to be a civil war between two factions in a futuristic USA, the story progression mainly lies in notes and journals picked up while on the battlefield. There is not a lot of info shared with the player and some of the notes feel like they could be more intriguing or mysterious; although there is indeed the feel of an underlying twist. 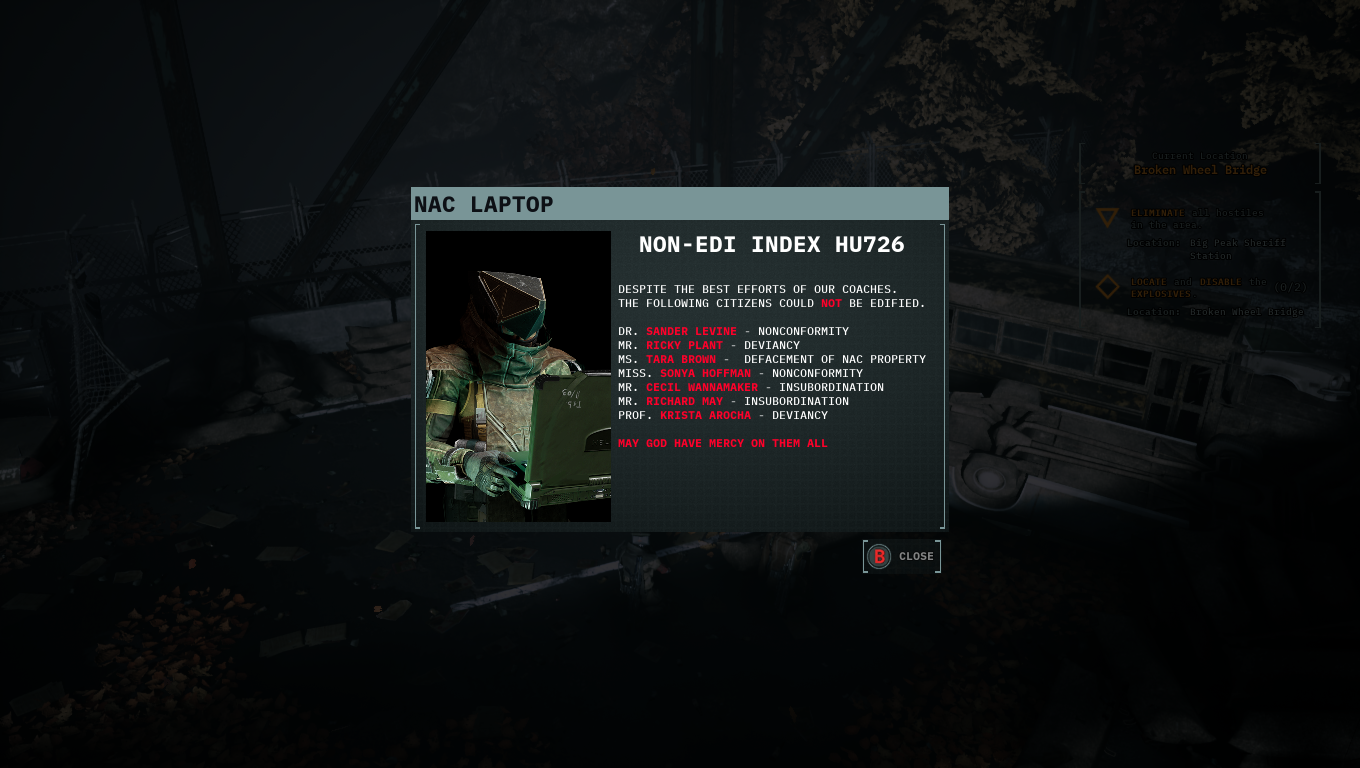 Corruption 2029 is not a groundbreaking game. But it does strategy and stealth well. All the factors that make a good turn-based thinking game are all here. There’s variety in guns, in enemy types, in ways to approach enemy encounters, and even a host of challenges to keep one busy. At the price of $19.99, Corruption is well worth it. There is more play time here than the price tag and The Bearded Ladies makes it fun to boot. Be sure to pick this one up if you’re a fan of strategy and turn-based games!

Corruption 2029 is not a groundbreaking game, but it is a good strategy game filled with enough variety to catch the eye of the avid gamer.