Don't Deal With the Devil!

Though Xbox owners might have been cognizant of Cuphead’s development  since its 2014 E3 trailer, I would only discover its existence by sheer serendipity. I encountered one of those “SOON!” hype train threads on a message board that sung its praises. A headline title such as “We Quit Our Day Jobs, Remortgaged Our Houses” absolutely caught my eye. I had to know what new indie passion project was taking its developers to the brink psychosis this time? The answer is Cuphead. 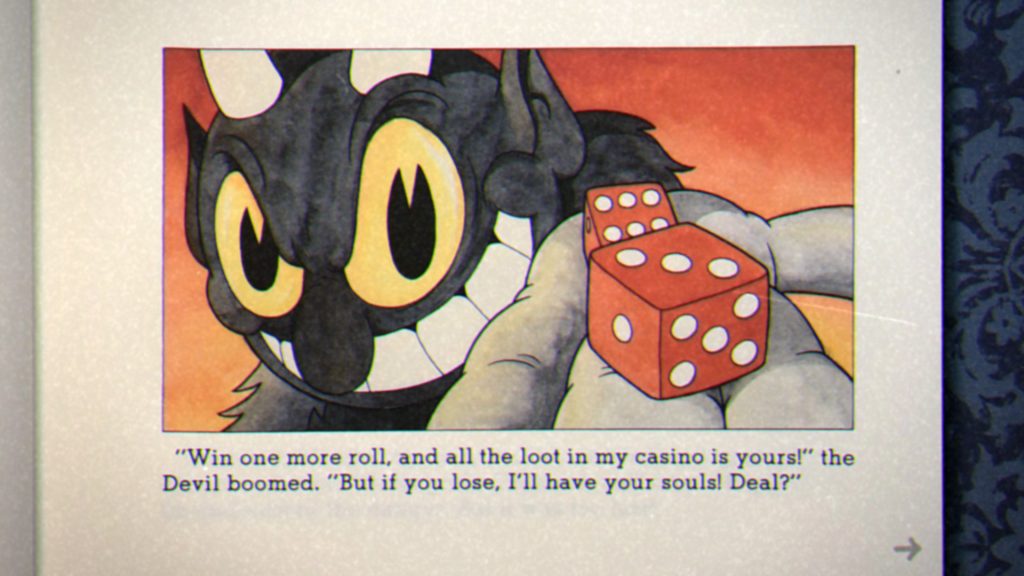 Seriously! DON’T DEAL WITH THE DEVIL!

Except for a cutscene clip that I was able to find from an earlier build of the game, I do not recall references to alcohol in Cuphead that the ESRB’s E for Everyone rating references. As far as tobacco is concerned, one very large enemy is literally a cigar accompanied by cigarette minions. 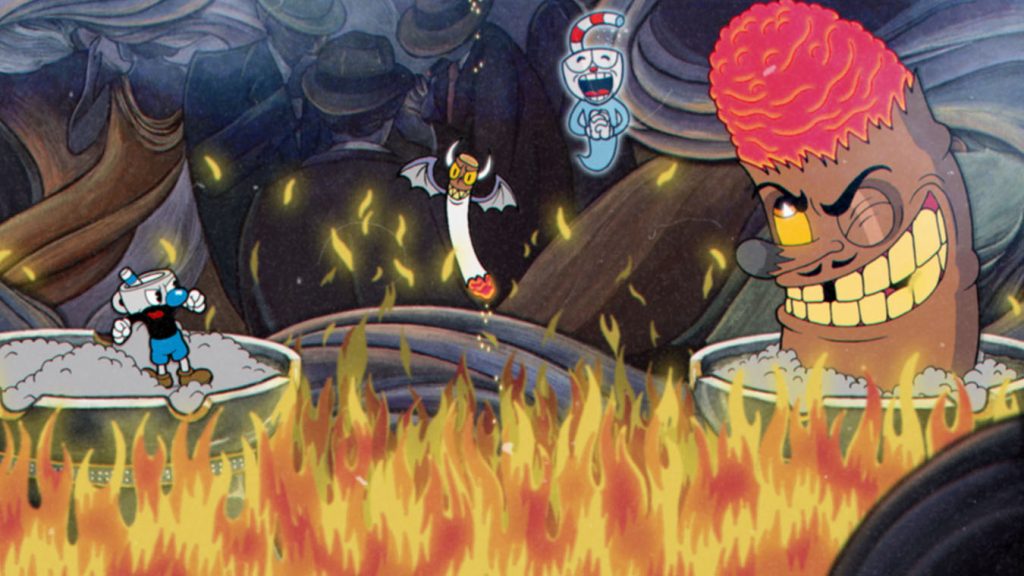 The “enemy defeated” animation is one of the best, too.

Gambling is something that we at Geeks Under Grace oftentimes overlook in our Content Guides. Cuphead‘s entire plot hinges on two characters participating in this “respectable,” though implicitly prohibited sin. I am relieved to report that the game utilizes first, disobedience to a father-figure, then greed, as catalysts for the plot, thus activating a subversive moral lesson; the souls of Cuphead and Mugman are jeopardized because of poor choices they’ve made against wise council. Now in the game, players will gain the power—or more accurately, develop the skill—to defeat the Devil themselves, but good luck doing that in real life!

Luckily for me, the song that plays during the Cuphead title screen suffices for plot summary:

Well, Cuphead and his pal Mugman,
They like to roll the dice.
By chance they came ‘pon Devil’s game
And gosh, they paid the price, paid the price…
And now they’re fighting for their lives
On a mission fraught with dread,
And if they proceed but don’t succeed,
Well, the Devil will take their heads!

Indeed, against the patriarch’s Elder Kettle’s advice, the boys visit the Devil’s Casino. They enjoy a winning streak, and the manager, King Dice, summons the Devil himself who then promises that if they win one more game, they will own the casino. However, if they lose, he will own their souls. One can guess what happens next.

When you deal with the Devil, you be like….

Not wanting to be the Devil’s personal punks for the remainder of eternity, Cuphead and Mugman run crying to Elder Kettle, who pours into them once more with a potion that grants the boys the ability to shoot from their finger tips (in animation, it seems as though they snap their fingers to create a projectile rather than simply point). The duo (or just Cupman for solo players) then venture onto Inkwell Isle to collect the soul contracts of others who were likewise unfortunate losers of a Devil’s Gambit.

Because Cuphead is a SHMUP, the mechanics are simple—so simple, in fact, that no tutorial is needed.

Imagine that there are people who get paid to write reviews, who suck at following the instructions of a tutorial.

Okay correction: the mechanics of Cuphead are so simple, that the developers do not force players to do the tutorial, but it is available for those who have never performed an air dash in a Mega Man X game, or a parry, which is a mechanic similar to gaining extra height after leaping on an enemy in a Mario game. In other words, the tutorial is for perhaps two people reading this review.

Now, the complexity of Cuphead emerges as players utilize these basic mechanics versus the obstacles found in the Run ‘n Gun stages modeled after the side-scrolling action that made the likes of Rolling Thunder or Sunset Riders famous. Even more challenging than collecting every gold coin and evading damage in these freestyle stages are the bosses, who are the backbone of Cuphead‘s gameplay.

There are three main “worlds” in Cuphead, each featuring two “Run ‘n Gun” stages requiring players to proceed from the left side of the screen and endure until reaching the end on the right. They are a pleasant compliment to the core of the game.

Most gamers are experienced with fighting bosses who undergo several transformations during the course of a single fight which present different challenges that force players to revise their approach. Cuphead is no different, yet I met every metamorphosis not with an exasperated sigh, loathing whatever new gimmick an ensuing form would present, but with excitement and joy. Literally every single asset in Cuphead serves a specific purpose: every note in the music as every boss gets its own song; very bit of flora in the foreground and background of a stage; every frame of animation in…well, everything! The game features 120,000 frames of painstaking, hand-drawn animation.

It is indeed a sailboat, but this still has “Steamboat Mickey” written all over it.

I have included several animated .gifs in this review to underscore this game’s wondrous animation. It would be an injustice to cartoonists everywhere if Cuphead does not run away with some sort of 2017 award in the category of art direction. Look at that pirate! The hostile boat! The biting shark! The ominous cargo barrel (it could be rum)! Let me say it again: every boss in this game will include a preposterous quantity of detail. And while I traditionally fawn over great OSTs in my reviews, there is nothing I can say that could do Cuphead‘s two hours and fifty-two minutes of tunes justice. Gun to my head, I could never confess if the art or the music is the game’s best feature. They work in tandem to recreate that rotoscoped feel.

Who has never played Candyland? Now imagine fighting a boss who fights with weapons like a double-barrel pixie stick, jellybean soldiers, candy corn monsters, an evil gum ball machine, and a giant peppermint. Cuphead offers comparable wonders with every boss.

I do not apologize for my lack of critical commentary. Some readers might have come to see if I would offer a harangue concerning Cuphead‘s notorious difficulty. Nay; the game is difficult in the sense that a standard health bar consists of three hit points, allowing for only a few mistakes during a fight, but by no means is Cuphead unfair. I found it no more difficult than any other standard SHMUP, and in fact, easier than games that can turn into bullet hell. Every boss has a pattern, and while it is traditionally customary for a SHMUP master to “1cc” (one credit complete) a game, it is entirely possible to earn a perfect score for each boss. But learning these patterns take time, and therefore also many lives. Additionally, I never became frustrated because I loved listening to the music and watching the animations. Again. And Again. And Again.

I created a small paragraph just to have an excuse to put this here. Enjoy.

As an added bonus to the game’s narrative flair, said bosses talk all kinds of trash, 1930’s style, on the “you lose” screen! For the record, I finished the game in 206 deaths, and have managed to collect a few “S” rankings before sitting down to write this review. 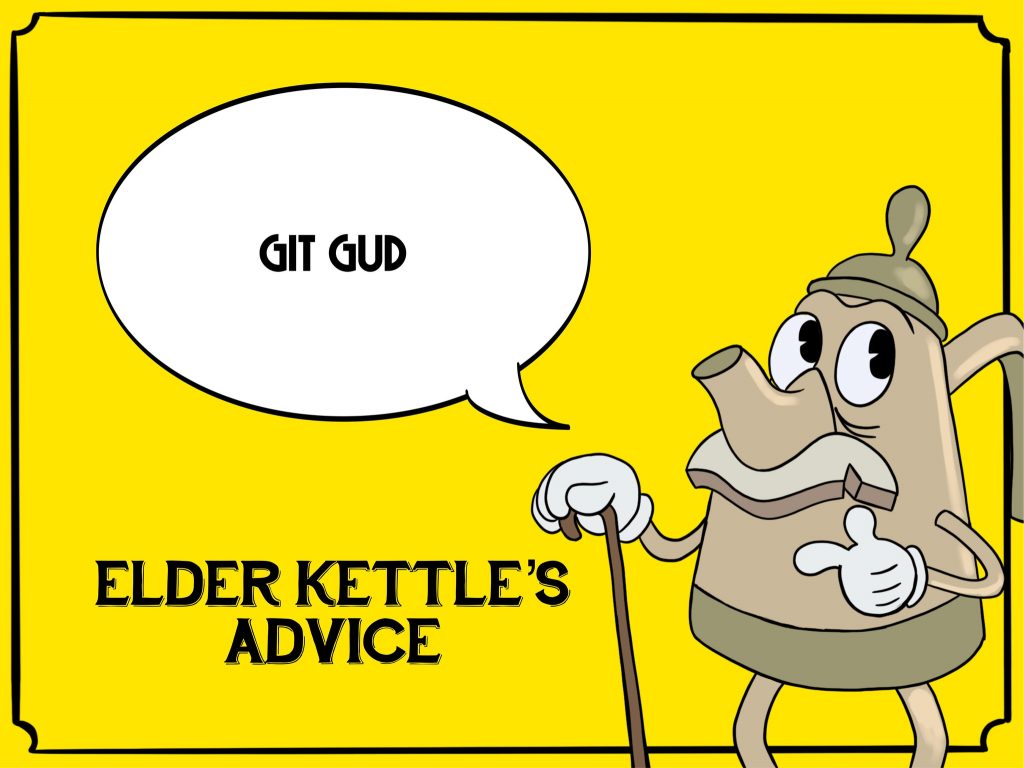 Those looking for a change of pace from the standard weapon may find Porkrind’s Emporium on every map, where one can trade gold coins found from Run ‘n Gun stages or on the world map in exchange for different weapons and abilities that can be equipped in between levels. As somewhat of a purist, I used this very little, only purchasing a dash that renders me invulnerable upon use, as well as a charged shot that conforms to my playstyle of always holding down the shoot button, and thus, would have a powerful shot ready for when the opportunity presented itself in the form of a boss vulnerability.

The feeling of being one shot away from beating a boss and dying.

There are few instances when I am so impressed by a game, that I lack the words to adequately describe its quality. Cuphead is such a game. StudioMDHR Entertianment’s ability to create such a tightly balanced, splendid package and offer it at the budget rate of $20—the same price of Sonic Mania when I have been waiting since 2015 for DARIUS BURST Chronicle Saviours to drop that low in price— may very well be the envy of every other indie studio, if not also the fact that the game has already sold one-million copies. To put it simply, Cuphead is a masterpiece. 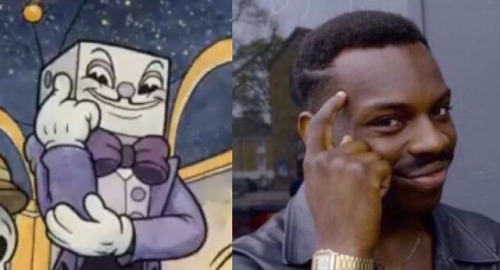 Caption this in the comments!

StudioMDHR Entertainment could not further increase the quality of Cuphead if they resurrected Walt Disney and had him pencil the animations himself, or have Bach compose the OST. The game is that gosh-darn good.