I would have never even heard of Dandara except that I had been patronizing on a message board full of individuals who were trading information on black creatives with some hashtag from earlier in the year that I do not remember. Dandara is of Brazilian origin, developed by a team of two, João Brant and Lucas Mattos with a few other supporting hands periodically involved. I recommend reading Long Hat House’s developer blog to see how the game began as a Unity project in 2015. Whether or not players will wish to add it to their libraries will depend upon how they feel about its balance issues.

Of all the Metroidvanias that I have played, this one most acutely executes my expectations for the genre as an “adventure platformer.”  For Dandara, the question of balance is the determining factor concerning whether or not players will wish to add it to their libraries. 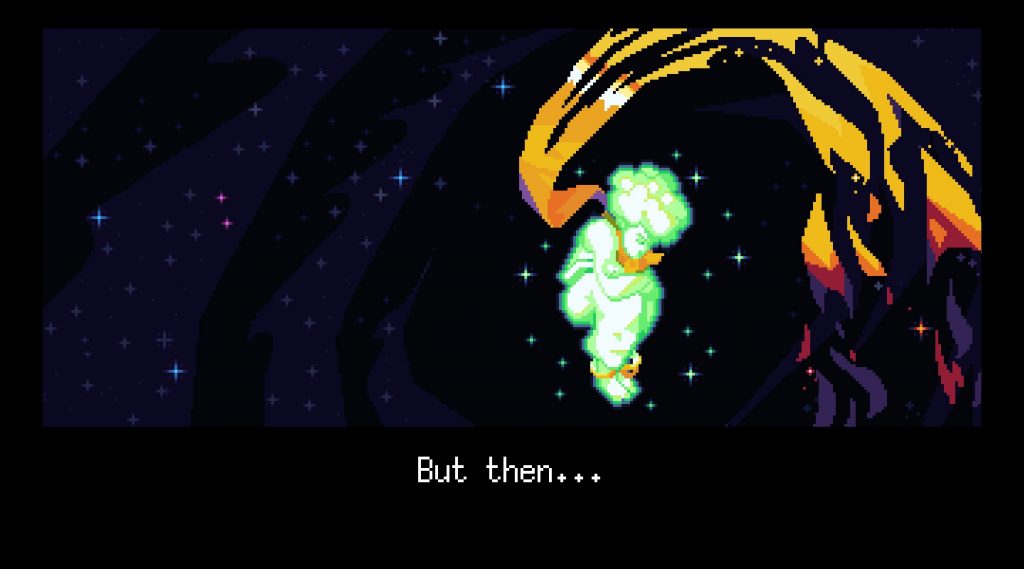 From the womb of Creation, a savior is born.

Dandara is a game lacking content that would give the majority of gamers pause. The protagonist attacks by charging energy similar to “ki” in the Dragon Ball saga, then shooting it in short projectile form. There is no blood, no profanity, no references to sex, and to my recollection, no direct references to drugs or alcohol.

Dandara promotes what I believe to be an intensive, though clandestine, Christian allegory. I speak about this at length in “A Savior is Born.”

Developer Long Hat House’s minimalist, taciturn approach to storytelling frustrated me for a week after I had finished the game. Dandara commits to a poetic narrative approach, not unlike an oral history, when I prefer straightforward narratives. For the longest time, I could not make sense of the story, save for Dandara‘s serendipitous appearance to save the salt of the world from fading into oblivion due to the arrival of an oppressive alien race that wants to subjugate the planet.

I conjecture that Dandara designates the permeation of technology as a threat to the human condition. I noticed that during several encounters with individuals granting me new abilities, these persons are found in environments that hold the humanities in high regard. Literature, history, music—even save points encompass the simplicity of a simple tent and campfire, even at the heart of an alien ship. The concentration on the natural extends to the very core design of Dandara as a character. Her fierce afro compliments her brown skin—Long Hat House is indubitably familiar with colorism in Brazil, so their intentionality is commendable.

Dandara does not provide a reason for why the titular heroine navigates the world of Creation by bouncing from platform to platform rather than walking. This method of movement feels appropriate, however, given the surreal disequilibrium of the often tumbling environments. Up, down, left, and right, sometimes become arbitrary prepositions in the world of Dandara, providing for an astoundingly delightful experience. A wonderful OST featuring songs such as “Dandara’s Purpose,” and “No More Singing Birds,” enhances the effect. “Once a Beautiful Horizon” in particular echoes the splendor heaven.

To accommodate irregular angles, the camera favorably rotates and zooms where necessary, providing better viewing angles for gameplay purposes. Thankfully, most obstacles are fair, and enemies are primarily stationary, but this does not mean that my sessions were struggle-free. Dandara’s range of motion and aiming patterns are radial, limiting how far she can jump or shoot. Because of the evasion and odd attack patterns of certain enemies, Dandara will sustain unavoidable damage, leaving her suspended in mid-air rather than attached to a surface; charging a shot while in this state treats players an animation that I wish I could manually activate: Dandara’s hair and scarf wave in futile resistance to the intensity of her focused light beam attack in DBZ-like fashion. This, combined with her animations when aiming for jumps in the radial grid, strongly appeal to my tastes for hand-drawn artwork. I only wish there were more frames of animation like seen in other games such as Sundered, but with a difficulty more fierce and true to the roguelike.

A sample of radial aim.

Treasure chests found during exploration may yield single-use power-ups that heal or fill Dandara’s energy meter used for special attacks, but players cannot purchase these treasures in shops. This means that it is possible to never unlock any of these chests unless players intentionally explore while looking for them; it is also possible to completely exhaust these sparse resources without an opportunity to replenish them.

The “Pleas of Salt,” the game’s currency, are used in exchange for upgrading Dandara’s health, energy, and power-up potency at camps. Therefore, not only are power-ups limited, but they have to be upgraded so that they are useful in the late game when a single hit from enemies deplete several hearts at a time. The problem with salt, or rather, the game itself, is that all salt reserves upon Dandara’s death are left upon soul suspended in the are from where she died. In this way, Dandara is yet another game borrowing from Demon’s Souls mechanics. But unlike Demon’s Souls, one can find souls, or in this game, salt, in the aforementioned chests, which do not regenerate to replace the salt when one fails to recover Dandara’s body should players die again from an unsuccessful soul retrieval. If there was an achievement to lose 30,000 salt over the course of a playthrough, I would have earned it while chasing after the 20,000 salt reserve achievement. Imagine beating a boss in Demon’s Souls and continuing on to the next boss and dying without ever spending the souls for upgrades and then dying twice without recovering the body. Because there was no way for me to recover all that lost salt, I proceeded into the final stages of the Dandara while underpowered, and the once-fun Metroidvania turned into a grind, completely shattering immersion and pacing. Not even the sublime “dream world” could recover the fun that was lost.

After a time of adjusting to the change of pace from the standard Metroidvania, players will find themselves flying through corridors like an anime ninja, but the difficulty spike after the first boss feels like a kick in the teeth! I do not mind a helping of NES era-hard, but I think Dandara could have used some minor tweaking in the balance area of its gameplay. Nevertheless, this game offers an interesting change of pace from your run-of-the-mill Metroidvania. Movement offers miniature puzzles where players are challenged to find the correct angles while dodging incoming fire from the enemy. While the ubiquity of the Dark Souls death mechanic vexes me, I welcome games that offer a good combination of story and gameplay. It is unfortunate that a game like Dandara takes as many risks as it does but remains relatively unknown because it launched around the same time as Celeste did earlier in 2018. 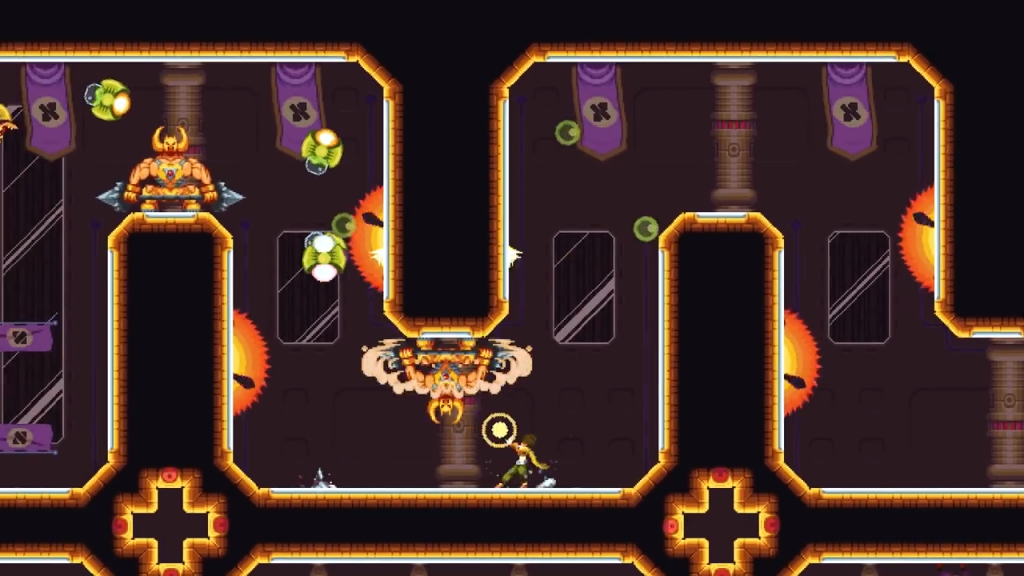