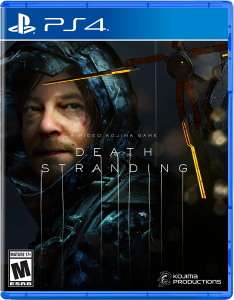 Hideo Kojima. For fans of the industry, it instantly conjures a mental profile full of wild stories and long cutscenes full of exposition. After his less-than-amicable exit from Konami in 2015, he set to work on creating a new studio and quickly announced an upcoming project. Even after a series of trailers and some live gameplay footage, no one really understood what Death Stranding would be. As it turns out, it would be divisive game with a great, albeit convoluted, narrative. 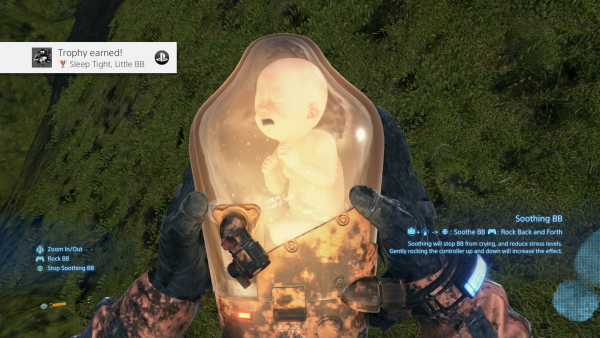 Spiritual Content: In Death Stranding, everyone has a beach – a place we go when we pass from the world of the living. It’s one take on the thought of an afterlife, but it’s woefully devoid of anything, particularly the hope we as Christians experience or the joy we expect once we pass.

Death Stranding uses some dark, mystical, otherworldly science to explain the game’s dead monsters (called BTs), the BB, and why the baby allows you to see those dead monsters.

Violence: Though not the focus of the game, Death Stranding definitely has some violence, including gunfire and explosives. There are some disturbing scenes with realistic gunshots and blood spatters. 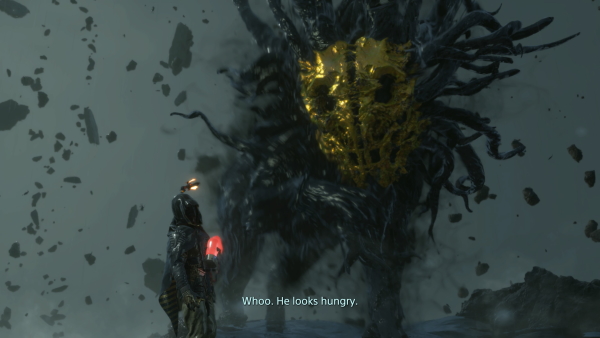 Sexual Content: While not particularly sexual in nature, players will routinely get a scene with Sam (Norman Reedus) showering. It shows no frontal nudity but full back nudity is on display. There is also a scene with Fragile, a female protagonist, who’s stripped down to her underwear and forced to run through dangerous weather.

Drugs/Alcohol: Though there is no alcohol, tobacco, or drugs, Fragile and Sam routinely enjoy a nibble on cryptobiotes, beings somehow tied to the world that seemingly act as sustenance but are almost treated like an addictive substance. 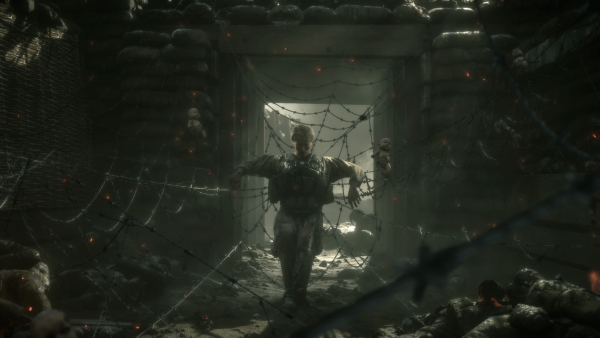 Language/Crude Humor: There is prolific use of profanity in Death Stranding. Expect to hear anything you could hear in an R-rated movie. The F***-bomb is particularly prevalent, but nothing is off-limits.

Positive Themes: The game hones in on themes of love, sacrifice, and perseverance, as well as exploration, discovery, and connection to the rest of humanity. 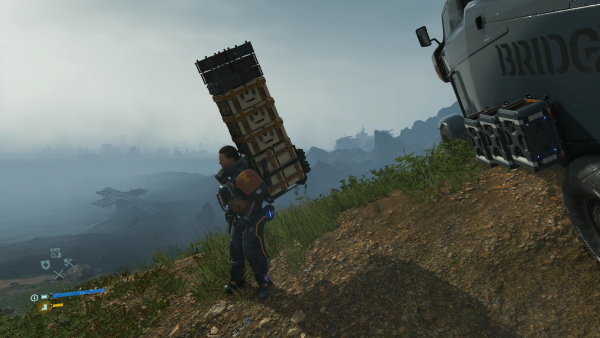 First and foremost, this is a Kojima game. With that comes the expectation of over-the-top exposition with its storytelling. True to its auteur’s legacy, Death Stranding is filled with lengthy cutscenes. While a completely insane premise, the tale of Death Stranding is fascinating, full of memorable characters and story moments as well as explanation of the ludicrous premises the world is built on. Yes, the tale can be hard to follow at first, but Kojima and team have done a masteful job drip-feeding hints and story beats to keep the player engaged right up to the end.

Along with an eerie, fascinating world, Death Stranding has some of the most likable, memorable characters in recent memory. Fragile, the goldhearted rival-turned-ally, and Heartman, the scientist that kills and revives himself every 21 minutes are just a couple members of an overall fantastic cast. I dare say Sam Bridges (Norman Reedus) is one of the weaker performances among an incredible stand-out cast. This narrative and its storytelling are among the best of the year, if not the entire generation, sharing a tale of human connection with both its dangers and boons. 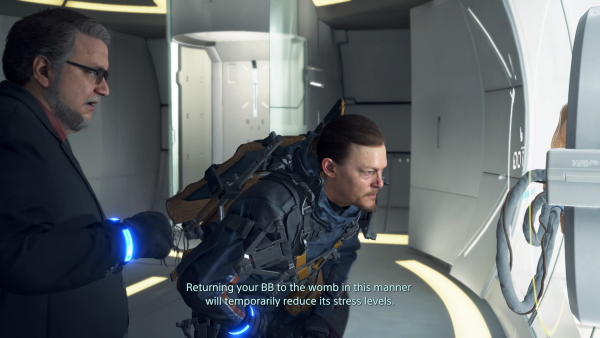 Arguably the most divisive portion of Death Stranding is its gameplay mechanics. Sam is a porter working for the Bridges company (and yes, his last name is also Bridges). As you play, you’ll accept missions to deliver packages a la FedEx to locations across the country, working westward with the goal of earning citizens’ trust and getting their locations hooked into the chiral network, a sort of proxy for modern internet that allow people to communicate, 3-D print goods, and more. Ultimately, Sam is trying to get to the west coast where his sister, Amelie, has been stranded with no access to the chiral network.

Players will have to distribute cargo on Sam’s body, balancing it to ensure Sam can keep his balance while en route for delivery. If you lose your balance and fall, you’ll drop the packages, damaging them and lowering your reward in the process. 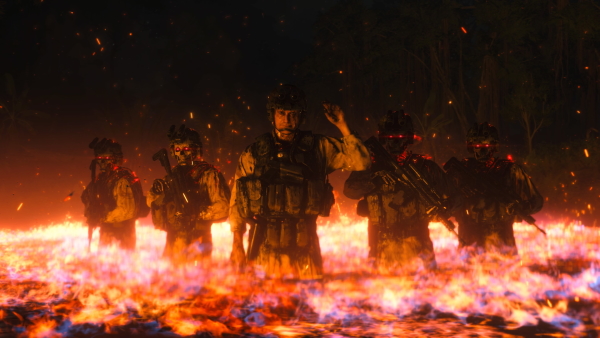 For the first 2-3 chapters, Death Stranding is a frustrating slog. You’re on foot with no access to vehicles and you have to cross mountain ranges. You can build ladders and anchored climbing ropes to traverse the mountains in your way, but it’s slow, bumbling, and often infuriating. After you finish those early chapters, however, vehicles and exosuits become available, allowing easier, faster transportation options. Add to that the ability to construct roads, bridges (*snicker*), and more, and the burden of delivery becomes considerably more entertaining. Once I finished the 3rd chapter, the game actually got to be a bit of a zen exercise, allowing me to simply figure out the most effective route for getting between points.

Beyond simply delivering goods, Sam will get access to grenades…from his bodily fluids. Blood, sweat, urine, and feces are refined when you sleep, shower, and use the restroom. As it turns out, Sam’s body produces a sort of antigen that are effective against ghost-like BTs that haunt the world. Sam will also eventually get access to firearms to fend off both otherworldly entities and aggressive human foes that wander the land. 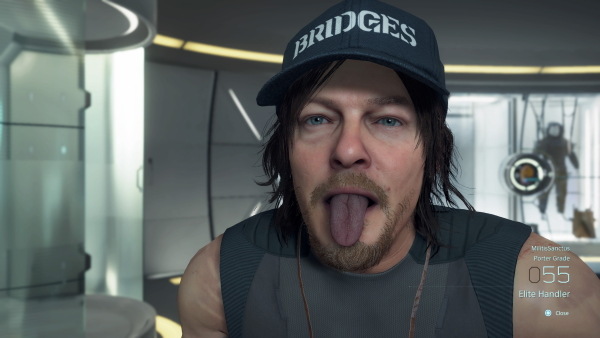 In keeping with the game’s theme of human connection, once you get a region on the chiral network, you can build and use structures others have built to ease your journey. If you choose, you can reward others with “Likes” (the game’s equivalent of experience points) or, if you’re feeling particularly thankful, donate components to help upgrade structures. There’s something satisfying about the whole experience, particularly when you’re able to use a set of structures you front-loaded your time to construct to quickly cover a massive expanse of inhospitable land. Those who enjoy exploration and construction may catch themselves melting away a few hours here and there to make life easier for other players. If that doesn’t sound like your cup of tea, you’ll probably want to avoid Death Stranding entirely. 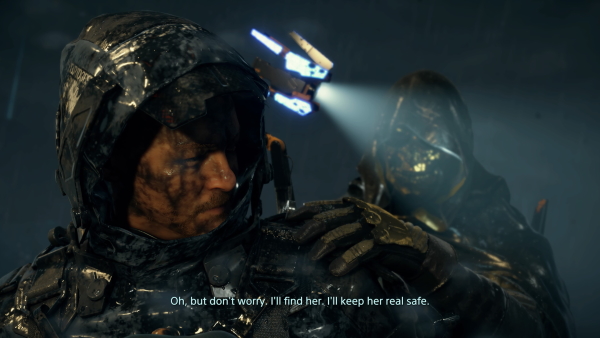 This game both looks and sounds incredible. Major points in the game are brought into focus with a wonderful, mellow soundtrack. The voice acting and motion capture performances are top-notch and its item models are all translated beautifully into the game world. Speaking of, there are a variety of gorgeous locales, from cold, snowy mountains to lush fields highlighted by rivers and streams. I was frustrated by the fact that a ton of minor actions are shown as short cutscenes, and you’ll repeat them dozens or hundreds of times over the course of the game. Luckily the cutscenes are skippable, but you’ll have to do it manually every time you want to skip one (and taking a shower alone is 3 skippable cutscenes). 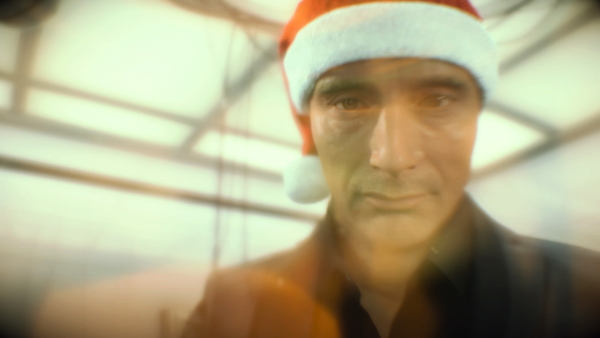 Death Stranding certainly won’t be for everyone. The gameplay mechanics themselves are sure to be wildly divisive. After a few chapters and some tools unlocked, I found package delivery to be a fun, almost zen-like exercise to drive the story. While thick and plodding at times, the game’s narrative proves to be one of the most fascinating, well-told tales of the generation. I hate the idea that a single man can be such a driving force in the industry, but Kojima and his team have shown that he has the chops to do just that.