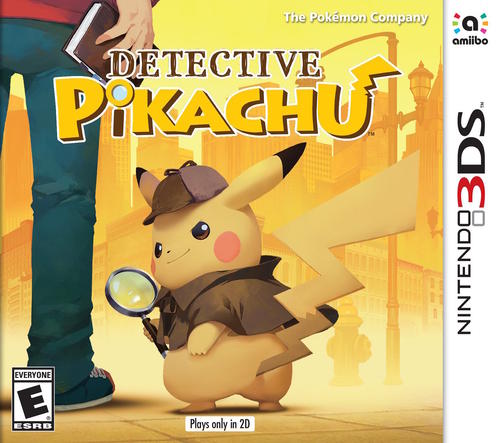 Fresh out of the cinemas from watching Pokémon Detective Pikachu? As you may have heard by now, it’s based off a child-friendly, film noir 3DS game, Detective Pikachu, released early last year. While it may star the franchise’s eternally popular yellow cartoon character, this is one game that is radically different from the rest. A spin-off story with no ties to anything prior, it’s the most narratively-driven game the Pokémon franchise has offered to date, uncharacteristically featuring no rock-paper-scissors style battle mechanics. From conception, it seemed to beg for a film adaptation, making it a nice break from the Ash-centric tales that seemed to dominate Pokémon’s cinematic world.

If you’ve seen the film, then you must know that it’s different. But does uniqueness in presentation and concept translate to good gameplay? At GUG, we decided to dust off our 3DS consoles to investigate whether this is one spin-off worthy of investment! 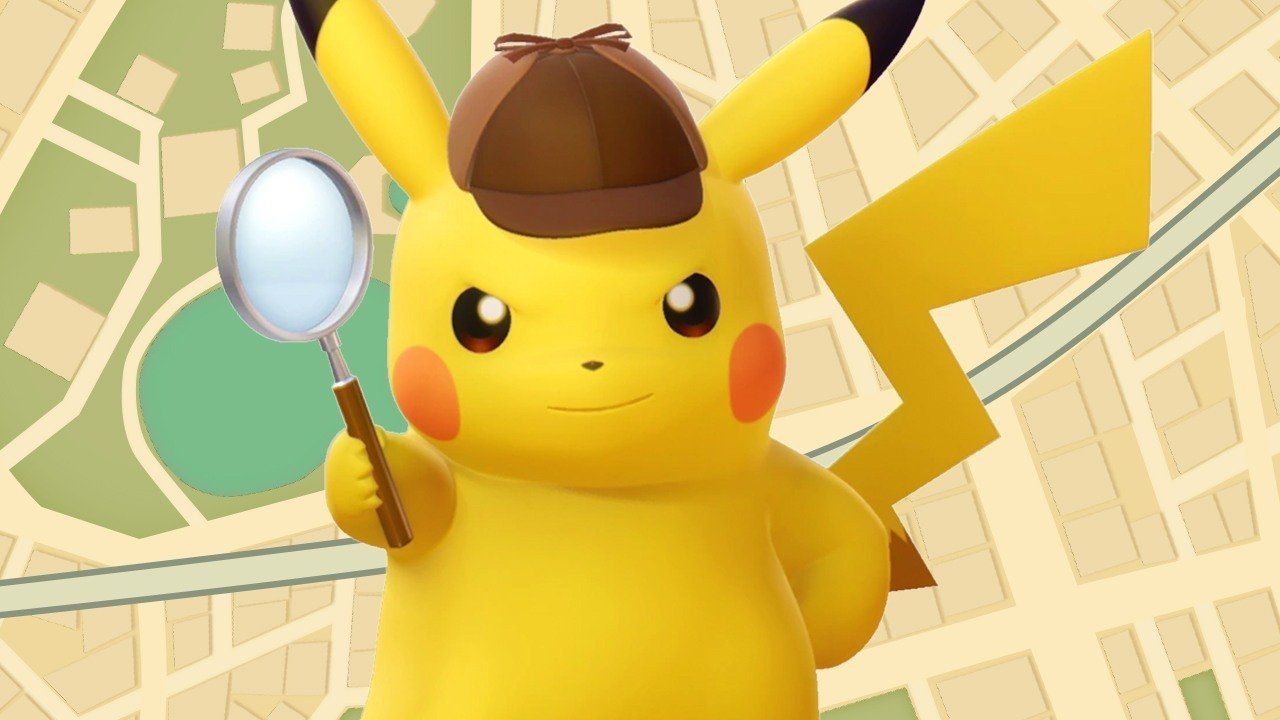 Spiritual Content: Pokémon are essentially animals with elemental powers (fire, water, electric). Like previous games in this franchise, there are also “ghost type” Pokémon. They aren’t necessarily the spirits of the deceased, as one would usually understand the term; rather, like how a fire type Pokémon will have the power to breathe or produce flames, ghost type Pokémon have the ability to move through walls, hide in shadows, etc. In one mystery that the player must solve, it requires them to collect and read several short ghost stories. These documents detail a ghost Pokémon’s traits, such as their cold presence, their ability to disappear, and that they are capable of placing curses on people. The latter ability is not explored any further than what is mentioned.

Violence: About once per episode (about 40 minutes of gameplay), a Pokémon or another human will try and attack the protagonist (either intentionally or unintentionally). The player needs to react in time to avoid impact. If they fail, the screen fades to black, and the player can try again. No death animation or gore. In one episode, the player narrowly avoids an incident that was intended to cause them grievous bodily harm – they spend the rest of the time researching who might have committed the crime. A car crash sequence is shown during a flashback. It is in black and white, shown from inside the car, and fades out during impact.

Sexual Content: The teenage protagonist, Tim Goodman, is repeatedly encouraged to ask a particular girl out on a date.

Drug/Alcohol Content: The story deals heavily with a drug that will cause Pokémon to involuntarily go berserk and attack their surroundings and people – think Zootopia.

Other Negative Content: Trespassing into forbidden/classified areas is needed to progress the story.

Positive Content: The protagonist, Tim Goodman, is a wonderful role model; an upstanding citizen that always looks to help those in need, works hard, and never shies away from the truth. 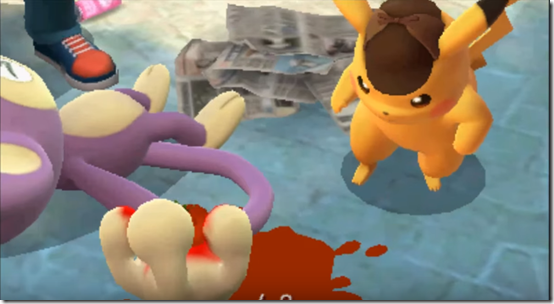 It only takes a moment to discover just how removed Detective Pikachu is from the rest of the Pokémon franchise. Right from its opening sequence, we’re treated to a sleek animated history of the titular yellow character, a montage that holds more thematic weight than what we’re used to seeing with the main series. While the console isn’t powerful enough to keep up that standard of animation before it reverts to displaying fuzzier illustrations, Detective Pikachu is quite easily one of the best looking, beautifully rendered Pokémon games for the 3DS era.

Some cutscenes are detailed in black and white, projecting a film noir feel, though that’s not the only homage to the genre. Detective Pikachu himself, with his Sherlock-esque brown cap and cape, is a walking, talking stereotype that is sure to entice a smile or two. Yep, I said talking. Get used to it. It’s one of the game’s most intriguing mysteries. As a victim of a car accident, Pikachu not only has limited memories regarding the crash, but also doesn’t know what happened to his human partner, who has since gone missing. His only hope is Tim Goodman, his partner’s son, and oddly, the only other human who can seemingly understand what he is saying.

Speaking in a low, gravelly voice (amusingly reminiscent of Danny DeVito), Pikachu’s presence is off-putting at first, but he eventually wins his audience over. Coffee-swilling and too important to lower himself to running on all fours, he waddles after the player, Tim, and frequently interrupts in order to announce his latest deductions, hoping to provide further insight into the current investigation. 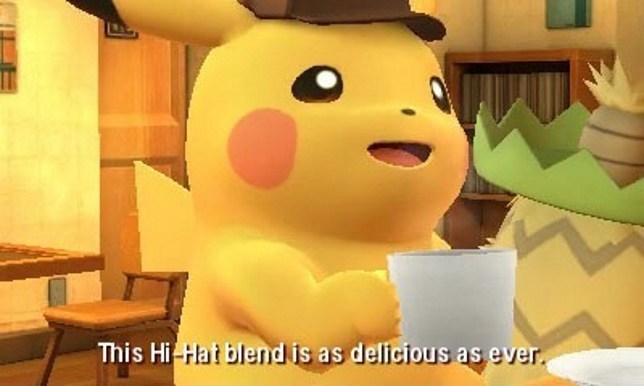 There are a few small issues with this mechanic. Pikachu asks for attention rather frequently and becomes a nuisance at times, as he slows down the progression of the story. The game becomes a little too helpful, with Pikachu merely reiterating already known information, or saying things so obvious that many adult players will remember that phrase concerning Sherlock and a swear. The simplicity makes it painfully obvious that this is a product aimed at children. Yet a lot of the time Pikachu’s deviations are merely micro cutscenes where he goofs off while interacting with the other Pokémon in the world. If one is in the mood for it, they can be cute and often hilariously charming. 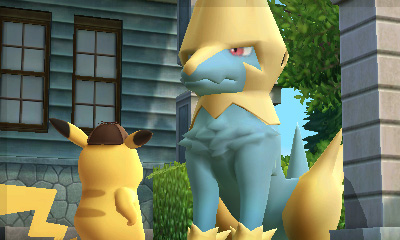 Those small moments are what contribute to Detective Pikachu’s greatest strength – its tone and setting. Finally we are treated to a world where Pokémon aren’t used solely for battle. In fact, no Pokémon trainers are even present during the game’s runtime. For people who have grown up with this franchise, it’s incredibly refreshing to witness the essential day-to-day livings in a more realised, functional world. For instance, Comfey assist office receptionists by tending to indoor plants, Frillish work as waiters on cruise ships, whilst some Pokémon, like Joltick, are a common nuisance with electronics. There’s more thought behind the presentation of this game’s environment, and it’s a pleasure to gain insight as to how a society with such a complex plethora of critters would work. 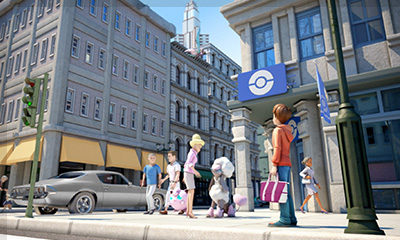 It’s also a delight to see more of the uncommon Pokémon in the limelight. There are a handful of the popular, staple characters from the franchise, but for the most part the game refreshingly features a mix of characters from across the first six generations.

As for the gameplay itself, it’s incredibly hard to not compare this title to the big granddaddy of the investigative genre – the Ace Attorney series. More specifically, it’s similar to the spin-off game, Ace Attorney Investigations: Miles Edgeworth, where in a static side scroller layout, the player must traverse left or right, interacting with people or items along the way in order to gather clues. Once enough information has been gathered, the player is then prompted to present their deductions, using their sources and collected evidence to answer a series of questions. 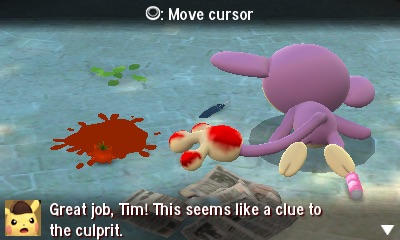 When compared to the Ace Attorney series, Detective Pikachu is definitely more child friendly in every way possible. The biggest difference is that it’s impossible to “game over”. There are no harsh penalties for any mistakes the player makes aside from being told they’re wrong and to try again.

To make things even more child friendly, there’s an “Easy mode” that can be selected from the start of the game. It’s simply an icon on the side of the screen that can be tapped throughout the investigation, which pops up a hint as to where the player should head next. While the game is already incredibly easy, this feature actually does come in handy even for more confident players due to the save system.

In Detective Pikachu there is no main menu to open up in order to save the game. Instead it has an autosave feature that activates every time the character moves onto the next area on the map. For the most part, it’s fine. However there are two problems with this. For people that travel with their 3DS and may need to quit the game in a hurry, there are times due to CGI sequences or long conversations, where saving the game can be minutes away. Thankfully it only occurs infrequently. 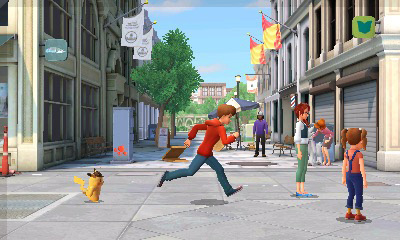 However it’s also annoying that you cannot save in the active area of the investigation – you need to walk away and change maps. Therefore it can be confusing to return to the game after a lengthy absence; it can take a while to remember what you’re doing, particularly when you haven’t even saved next to your current objective. For this reason, Easy Mode helps. Like a journal, it assists in quickly jogging your memory, and for this reason this difficulty setting may prove useful for casual playing adults.

To break up the investigative sections of the game, there are action-orientated cutscenes that require the player to respond to a few quick time events. The reaction speed required is very generous, and the game is extremely forgiving should one fail to time it properly (one merely gets the opportunity to try again). There are also several puzzles scattered throughout the game, approximately one per level, such as box sliding and other planning and spatial awareness-type problems, along with riddles and basic mathematical conundrums. 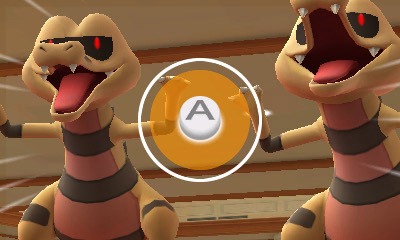 For the most part, Detective Pikachu is aiming for a really young audience, more so than other games in the franchise. Provided their reading level is decent, it is a great way to introduce kids to the film noir genre, along with the concepts surrounding deductive reasoning, all packaged together in a fairly innocent and friendly world. This game will particularly suit children who are more into reading-based activities over action-oriented tasks, or for those who may have shied away from other popular franchises due to a lack of confidence in their dexterity. Detective Pikachu is a gentle thought-based game that doesn’t require a great deal of coordination. 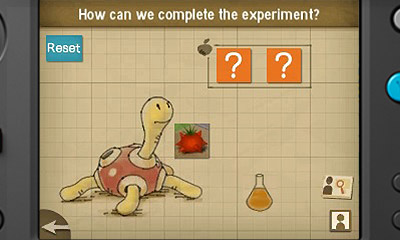 Sadly, it is a tedious affair for adults. Most of the game is spent running back and forth between witnesses, engaging in banal conversation. However, the overarching narrative and mystery is engaging, though the conclusion does leave a few threads unsolved in order to make room for a sequel. Ultimately the plot is more interesting than the gameplay; the saying “it’s the journey that matters” is unfortunately not true in this case.

Yet for those who fell in love with this fantasy world decades ago, there’s enough enjoyment to be found to compensate for the simplistic gameplay. It may not be intellectually stimulating for an adult, but it worked nicely as an undemanding puff piece after a hard day of work. As for parents looking for a gift to their children, this is a lovely choice, with an intriguing story, friendly puzzles, great graphics, and a pleasing soundtrack to match.

Detective Pikachu offers a refreshingly different kind of story set in the Pokémon world, although the gameplay proves too simplistic for adult players.