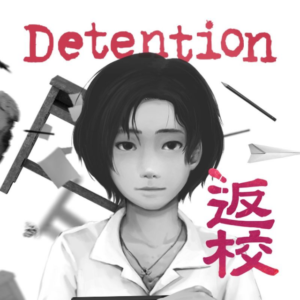 I’m not sure why Asian horror content always ends up scaring my socks off, but Red Candle Games does it well with Detention. Based in Taiwan, the developer wanted to make an experience that shared both Taiwanese culture and some of its history—specifically from the 1960’s. While not living through the history themselves, all Red Candle Games had to go off of were old folk stories and black and white photos from their grandparents and other elders in their communities. This translates into how they designed their main characters, most being only in black and white color. 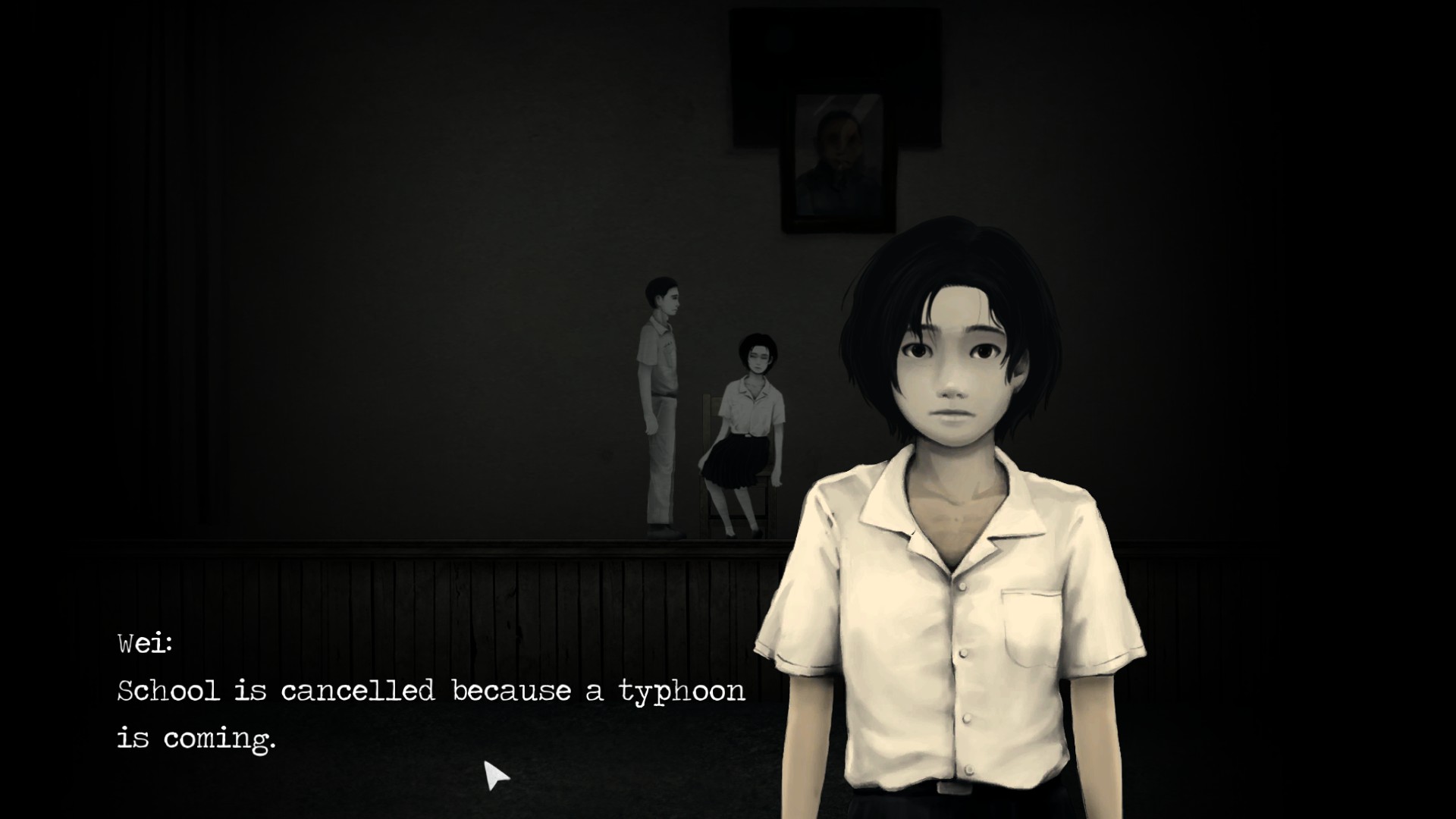 Black and white characters make it feel like you’re playing through a photograph.

Recently, the developer has had some bad publicity with the release and quick pull of Devotion from all outlets. Due to a seemingly negative remark about the current Chinese president Xi Jinping, Red Candle was forced to take down the game from all sales, and there is no foreseeable re-release date. As exciting as it would be to see a new game from Red Candle, gamers will have to make do with Detention for now, which recently released on iOS and Google Play.

Violence: Detention shows many heinous and grotesque scenes, including dismemberment, stabbing, cutting, and bloody environments. There are environments that show where tortures and sacrifices have occurred. There are other scenes showing dead bodies, rivers of blood, and characters being shot in the head while bagged—execution style. There are also various suicides shown. In the game, Ray will be required to commit some horrid and bloody acts in order to complete certain puzzles. 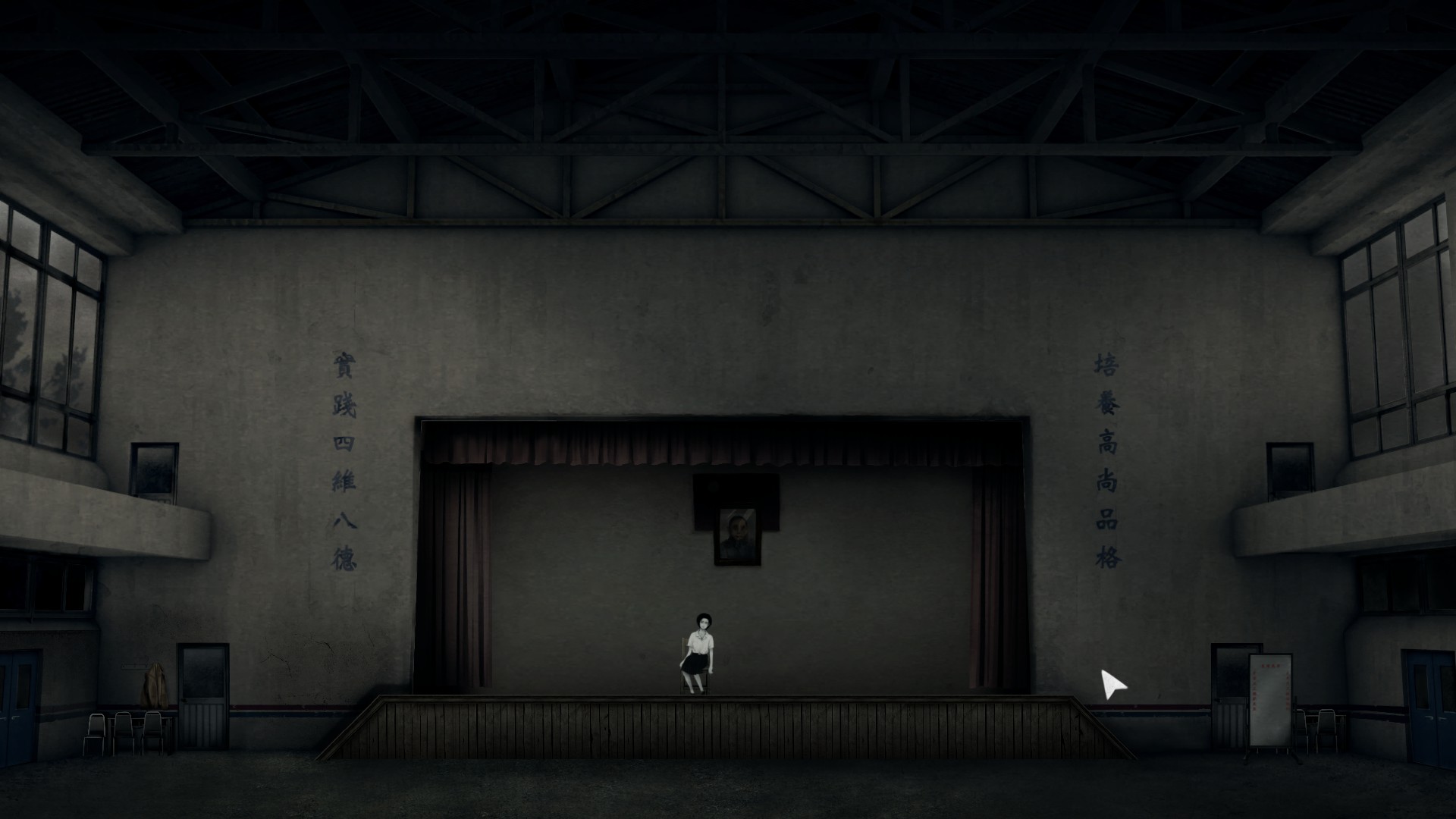 A lone girl on a chair on a stage…

Spirituality: Detention delves into Chinese mythology and explores Taoism and Buddhism, showing a giant shrine with a statue of a Buddhist god, various prayer shrines used as “save points” and the use of yin and yang totems to receive blessings and answers from the gods. The afterlife according to Buddhism is explored in this game.

The main enemies in the game are ghosts that the protagonist must avoid, which are humans who have been cursed by Buddhist gods. 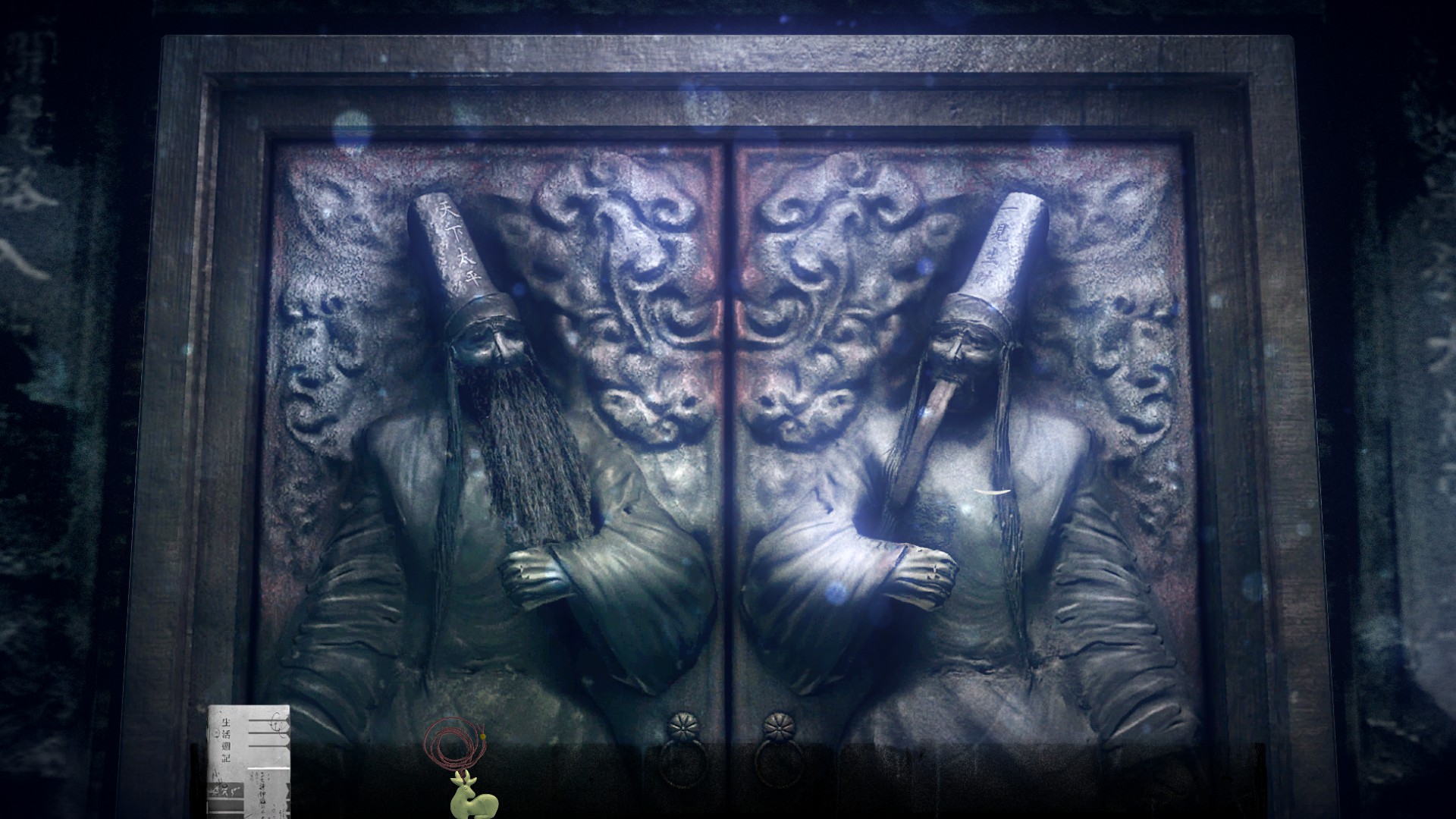 The game is full of Buddhist imagery and figures.

Alcohol Use: It is assumed that the protagonist’s father is an alcoholic and abusive towards his wife. There are many beer bottles scattered around various levels. Also, various characters are seen smoking.

Sexuality: There is no graphic content shown, but the game infers that Ray’s father is unfaithful to his wife and sleeps with prostitutes.

Other mature themes: Ray’s father is abusive, an alcoholic, and an adulterer. Her mother gets revenge on him by having the military police take him away on suspicion of being a communist.

There is also an implied romantic relationship between an adult and a minor.

Detention is a great game. With its spooky, aged art style, its gruesome puzzle-solving gameplay, and its hauntingly interesting story, there are few games that can freak me out and create such feelings of warmth and hope at the same time. One moment, you’ll wonder if the game really does want you to perform a sacrificial ritual, and another moment you’ll be wondering if you actually do know how to tell time using an analog clock. But despite its ability to tell a story through puzzles, it also makes for a great horror game. 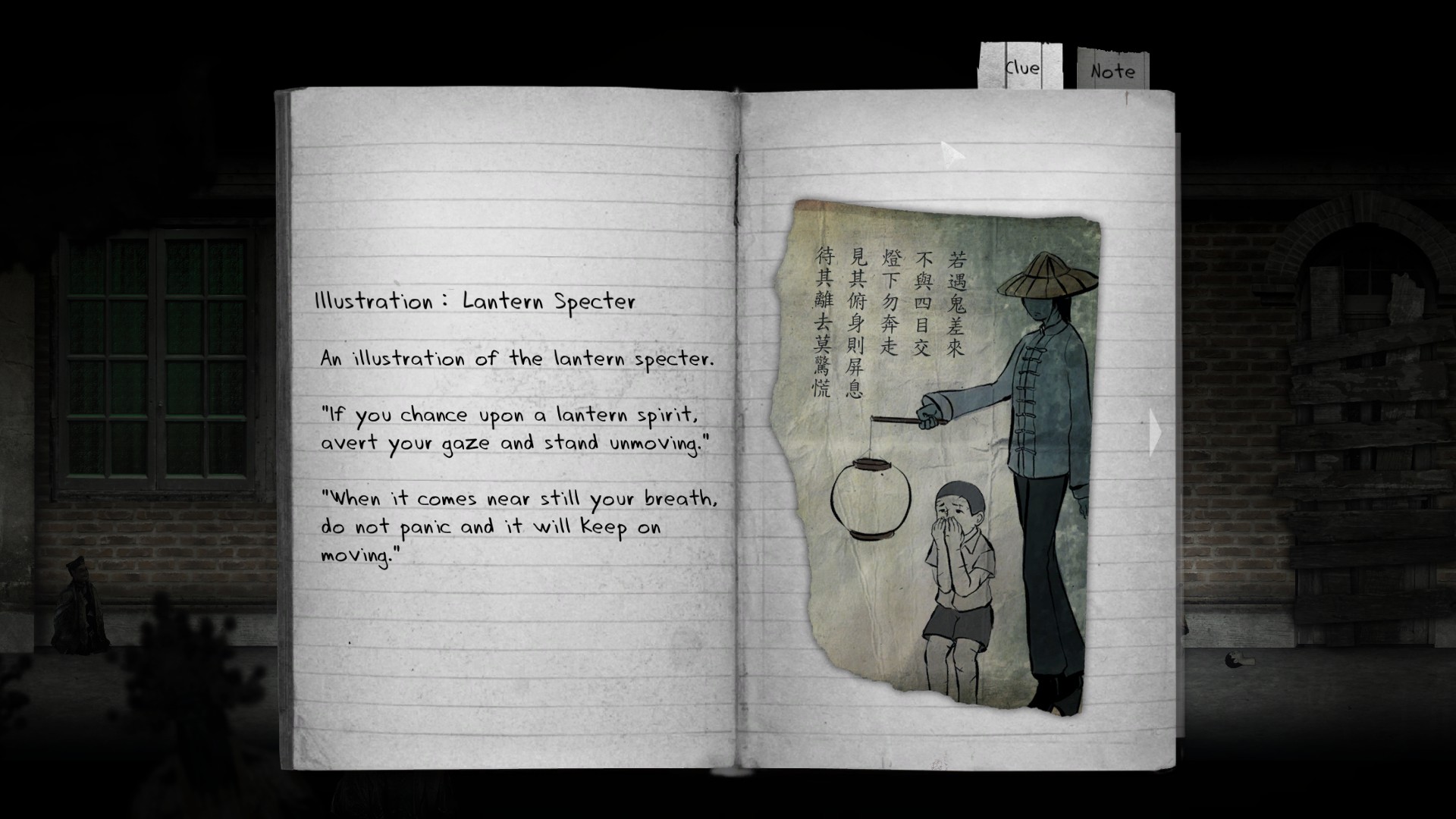 The game gives you clues at how to avoid enemies through notes in a journal.

Detention consists of four chapters, each chapter covering a specific environment. The main character, Ray, must traverse schools, town squares, and her childhood memories, solving clever puzzles along the way. Most puzzles will require the player to fetch items that will allow them to continue through a door or a room. If you’re careful and perceptive, all you have to do is make sure you check every viewable item and pick up every interactive object. 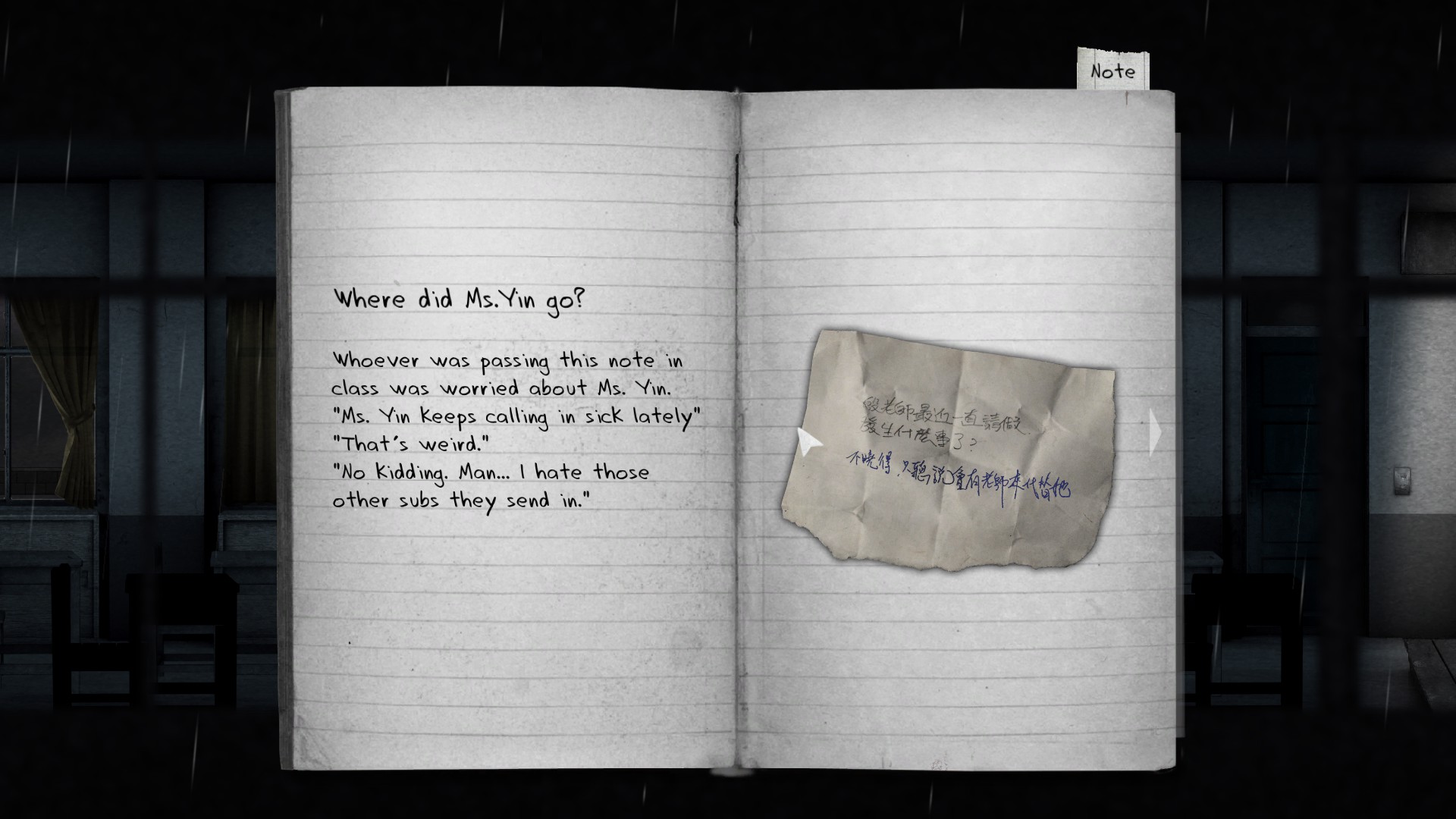 Be sure to pick up every single scrap piece of paper and item!

But Detention isn’t simply about fetch-to-solve gameplay. Ray will have to avoid Taiwanese ghosts called “the lingered.” These are cursed spirits, forced to roam the spirit world without rest. If not avoided, Ray will be consumed by them and will have to restart from a checkpoint. Luckily, there are an infinite amount of continues, but the player will be forced to backtrack to where they last left off.

One of the best parts about Detention is the puzzles. They’re creative and make you think outside of the box, usually in a gruesome way. One such puzzle forces Ray to find a way to print something that someone has etched into a desk. With no ink around, what can Ray use? The answer, obviously, is blood (it’s a horror game, what did you expect?). Despite the graphic content, the variety of riddles kept me entertained. Some even involved playing the correct pattern of keys on a piano and tuning a radio to a correct station. It’s all very imaginative. 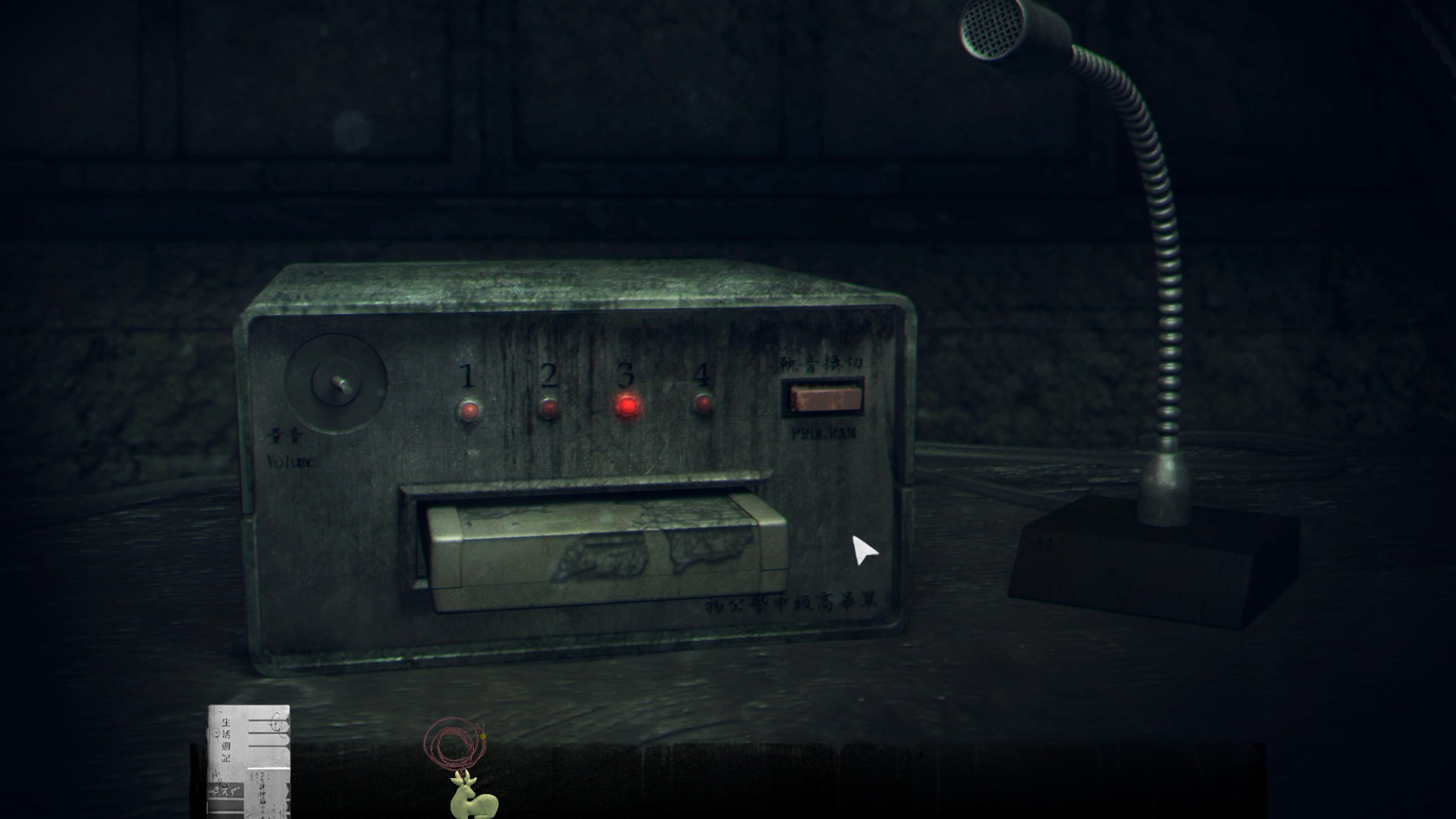 This puzzle had me switching between different broadcast channels on a tape.

Aside for the puzzles, Detention has a great story. Almost every horror movie and game I know has a twist and this game does not disappoint. The only difficult part about it is that if you do not pay attention, you will definitely get lost. The story jumps around between the past and the present, and often times meshes the two.

The narrative takes place in 1960’s Taiwan, during the Red Scare and the middle of the Cold War. It is strongly emotional and will have you rooting for Ray, while also leaving you completely clueless and motivated to reach the end for answers. It also has a good ending and a bad ending, so be mindful of how you play the final chapter of the game! If the story doesn’t keep you glued, the puzzles and atmosphere will. 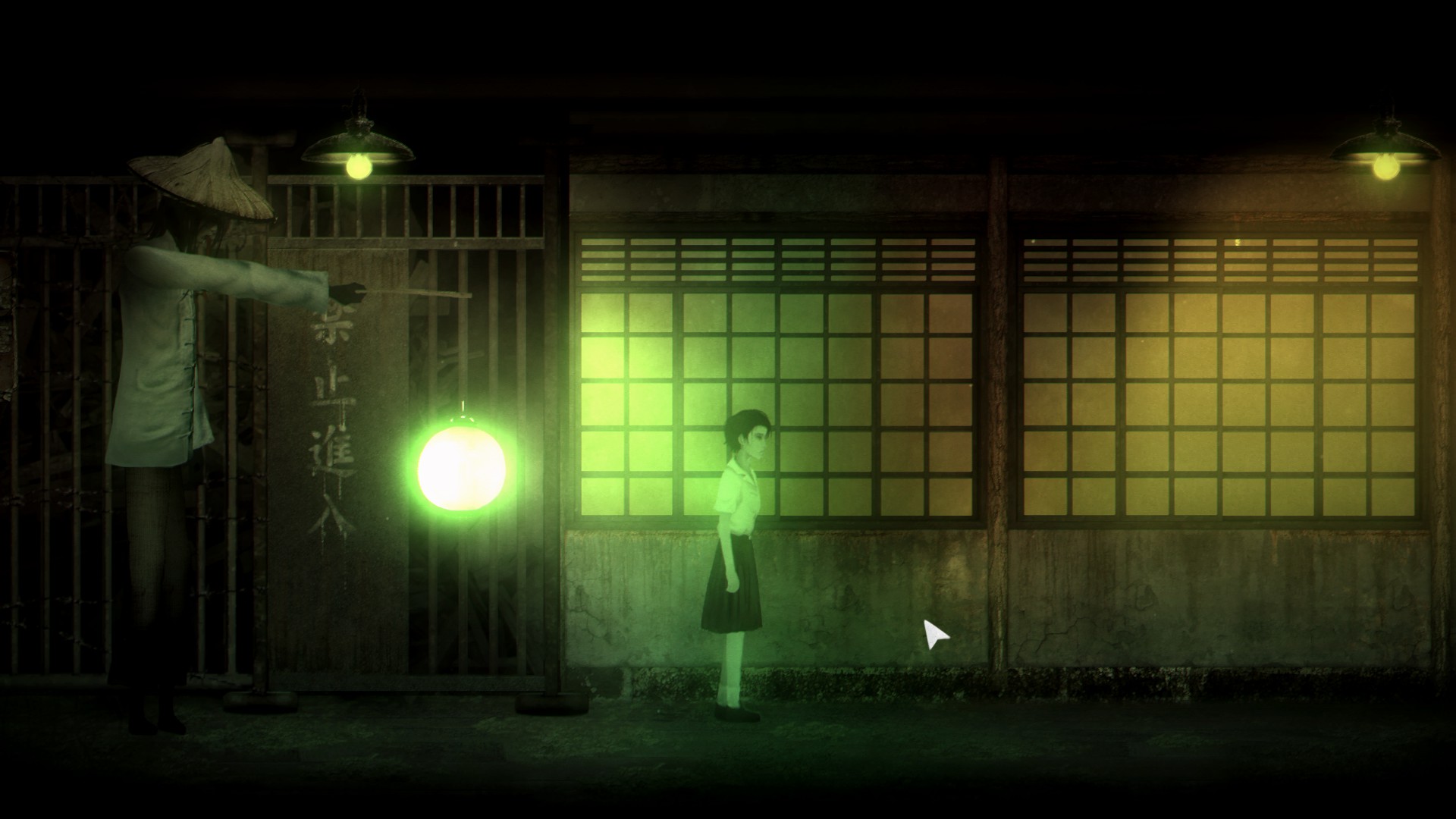 Along with a compelling tale come environments that complete the presentation. The backgrounds are quite freaky and will make you tread quietly, as you avoid unknown enemies. Sooner or later, you’ll find that you yourself are being extra quiet, as the game draws you in and makes the atmosphere feel so real. Scary images, faces, and events pervade the entire game; they’ll have you on the edge of your seat every now and then. 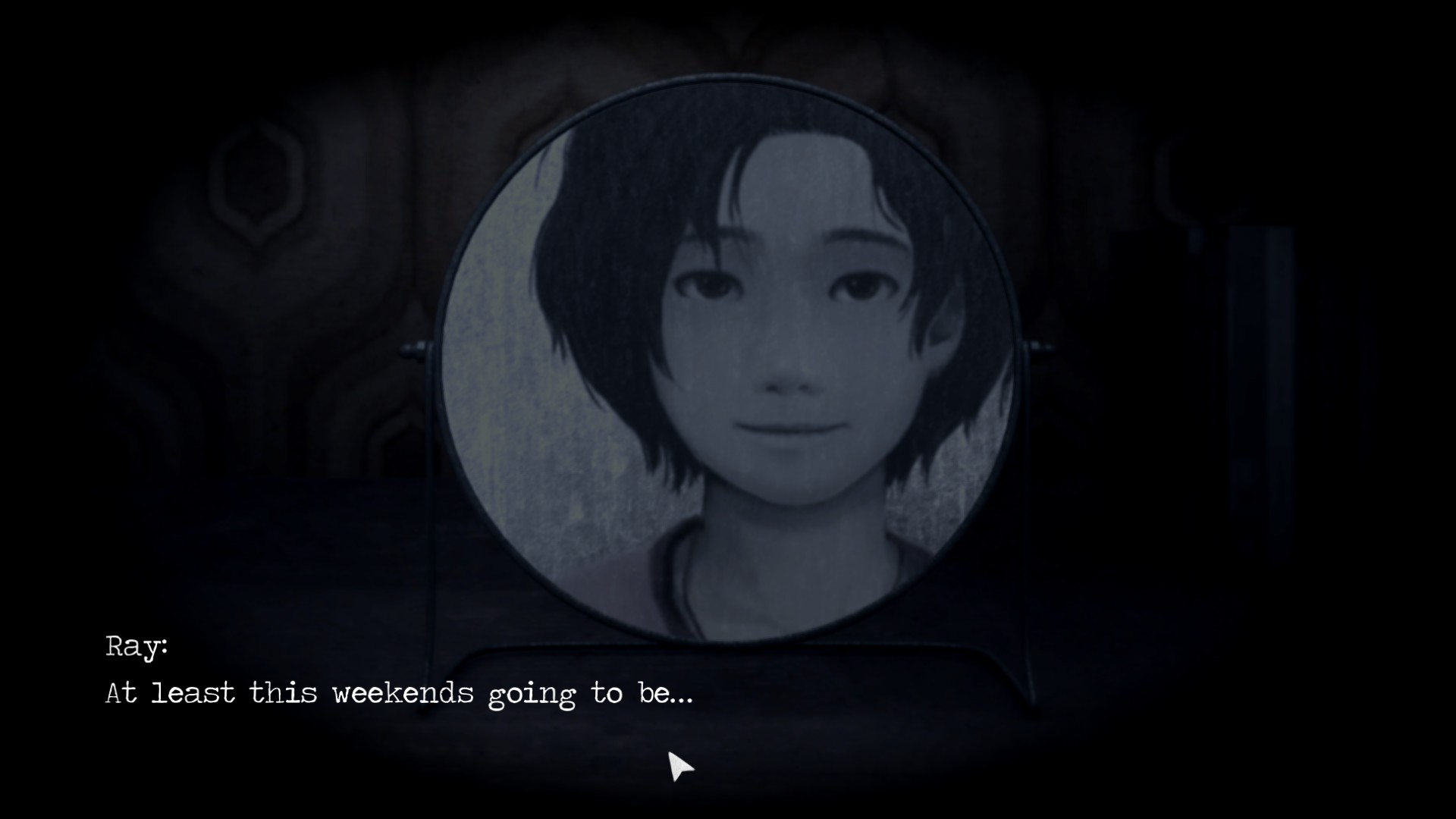 My only concern with the artwork is that the characters feel puppet-like and cheap. I’m not sure if that was the look and feel they were attempting to accomplish, but I do wish the characters had smoother animations and life in their movements.

Detention, albeit short, is a great horror experience. Quality games like these take major creativity and insight into ideas behind the way human’s think, the way we live, and the way we perceive the world. This game is about a little girl’s struggle for redemption. But to show that concept inside of a four-hour game is a skill that few developers and storytellers possess. 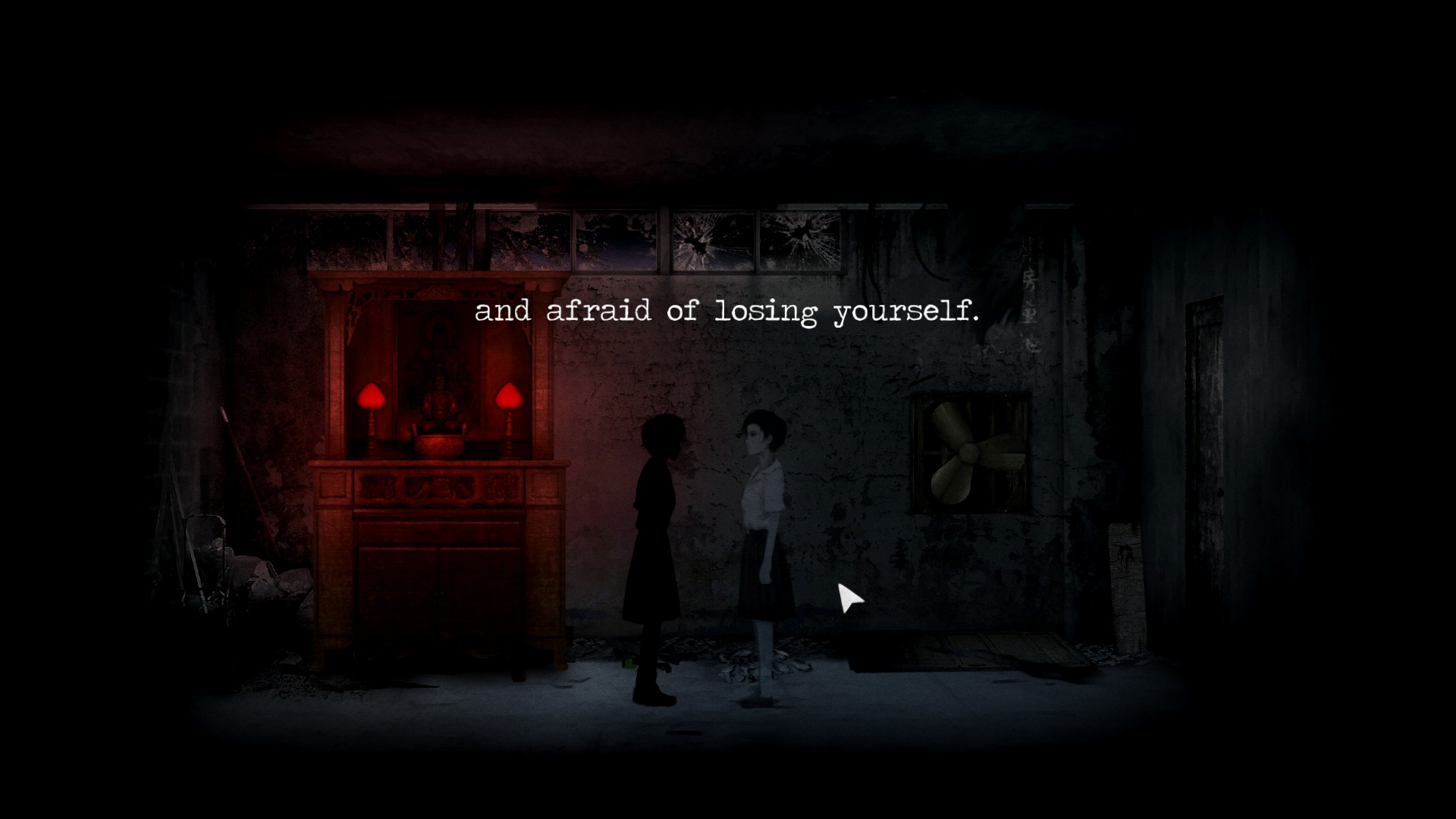 Detention is a short game, but its emphasis on culture, horror, and redemption makes it worth every moment.