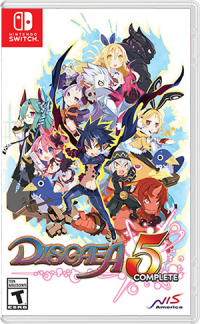 Disgaea has become a beloved series since it first released on the PS2 back in 2003, and one that I personally never got my hands on until recently. When I heard Disgaea 5 was being re-released on the Switch, I figured there was no better time to jump in. A month ago, I purchased the original Disgaea on Steam, where NIS America has made just about every game in the series easily accessible for fans and newcomers alike. Having plenty of experience with other titles in the genre such as Fire Emblem and Final Fantasy Tactics, I was curious to find out what made this series so unique from the rest. I was pleased with my experience, which made me more eager to add Disgaea 5 Complete to my Switch library. 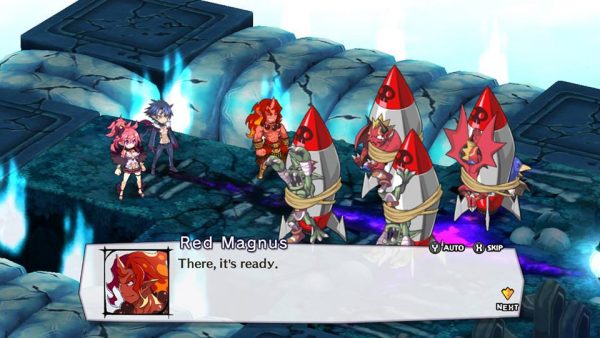 Spiritual Content: On the surface, the world of Disgaea can easily be mistaken as the biblical version of hell, but the developers have altered things to create a world in which the game could take place. According the the series lore, the Netherworld is a parallel universe. inhabited by demons, and thrives off of the negative end of the moral spectrum. A universe exists on the opposite moral extreme called Celestia, which shares some characteristics of the biblical heaven and is inhabited by Angels. Both of these worlds’ survival depends on the human world; the Netherworld will cease to exist if humans begin to fear themselves over demons and dark creatures. There is a variety of magic staff-wielding character classes such as witches, sorcerers, and warlocks.

Violence: Combat takes place on a grid-based battlefield. Players will take control of each character and must move them across the field to attack their enemies. There is no blood or gore present, and hits are seen as special light effects while characters cry or yell in pain. Many weapons such as swords, guns, bows, and hammers are used in combat when equipped to a character.

Language: A variety of swear words can be heard on various occasions throughout the game, specifically “sh**t”, “b**ch”, and “a**”.

Sexual Content: Certain female characters including one in the main cast wear very revealing clothing while sporting outrageous amounts of cleavage. One scene in particular shows one of these characters pole dancing on stage. Throughout the dialogue there are many sexual references and innuendos. For example, one character is called a “peeping Tom” and another uses the word “kinky.” Much content is what people refer to as “fan service” and can be common in most anime shows and and Japanese RPGs.

Drug/Alcohol References: Among the items collected in-game are bottles of hard liquor; these are used to bribe characters called Senators,

Positive Content: Though Disgaea 5 does have some pretty mature themes, what keeps the T rating is the combat. As said above, there is no blood or gore and strong violence due to the presentation of the game. There are moments where the game asks if you would like to skip scenes entirely, giving players a chance to enjoy the gameplay if that is what they are there for. Dialogue can also be skipped very easily as well.

The Disgaea series has always had a reputation of being over-the-top when it comes to the humor that is not only put into the dialogue, but in the gameplay as well. I don’t think I’ve ever thrown a fellow ally to close the distance between my party and an enemy in any SRPG, and definitely have never stacked allies like a barrel of monkeys to use as a giant whip. Disgaea 5 plays like any other game in the genre, but it has many unique systems that really bring out the strategy. Geo Crystals make a comeback, an innovation that has been around since the series got started. These colored crystals sit on the battlefield and grant specific bonuses to either the player or enemy that stands within a particular radius. Another factor is that each unit including enemies has what is called an “Evility.” These usually contain some kind of attack/defense or resistance bonus. In fact, all of this can be sometimes overwhelming.

As I worked my way through the story, I was slowly fed more of these new systems and mechanics. Especially when it opened up enough for me to create squads, as if having to buy equipment for every recruit wasn’t enough. There is a ton of prep-work that goes into each battle, and all of it takes place in a hub area. Seraphina’s Netherworld contains a variety of shops for items, skills, and upgrades, including a hospital area that you must visit if you want to heal your units from the previous battle. I found myself having to abort a mission numerous times because I forgot to heal my units or have them ready and equipped for battle. However, it was extremely satisfying to achieve victory after doing all of that. 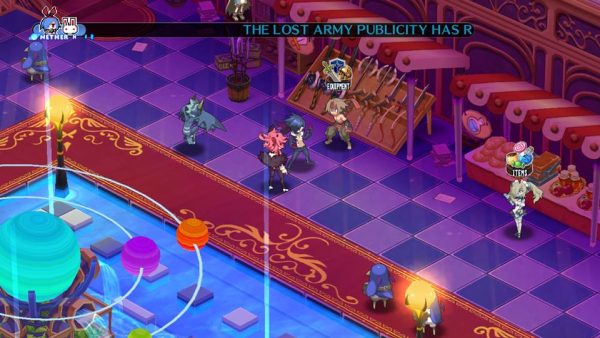 You will find many of your recruited characters and monsters roaming the NetherWorld when you’re not in battle.

The story itself is easy to follow: a team of Overlords seek vengeance against Lord Void Dark who leads an army called the Lost. The central party members are all pretty interesting except for the female lead who believes all men are destined to serve her. We learn more about the main silent protagonist Killia who has a mysterious past. The prinnies are back again at your disposal; they are absolutely hilarious and probably my favorite part of the game. What I still find confusing is the setting in general. I had to do some deep research to explain what I could in the content guide. I know it takes place in the Netherworld which isn’t quite like the hell we know in the Bible. There are also many other Netherworlds in this one which are like small planets. Through my research, I discovered that much of this is explained in past entries, but I still feel lost. They say it is a completely new story for anyone to jump into, but I get the feeling that it is essential to play the previous Disgaea titles to get a sense of how this world works. 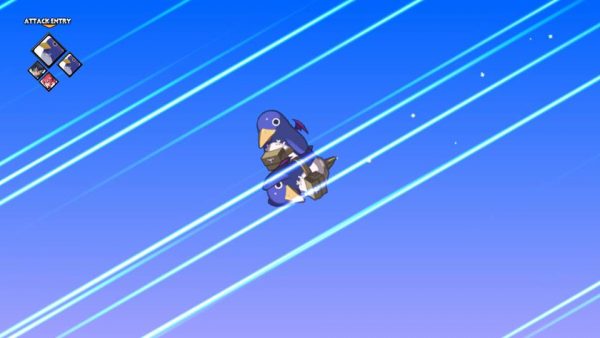 Even these doods can execute some awesome team attacks!

One of the first things I took notice about Disgaea 5 is the presentation. When I started up the game, I was welcomed by an awesome animated cutscene. It looked as if the game could be adapted into an anime—which was actually done with the first Disgaea. Unfortunately there are no animated scenes within the story, but the sprites and environments look outstanding and make up for that. The characters are fully hand-drawn and are some of the best sprite work I have ever seen. The maps themselves are designed for grid-based battles, but they still hold a great attention to detail as well. It is worth mentioning that Disgaea 5 looks great on and off the dock; the resolution holds up whether you’re gaming on your television or in handheld mode—there are a few games on the platform that have failed to achieve that.

The original version of Disgaea 5 was subtitled Dark Alliance, but on the Nintendo Switch it is called “Complete” because it contains every single piece of DLC that was released on the PS4. Fans will be happy to recruit some of their favorite characters in the series, along with playing scenarios that feature some of them. My personal favorite moment when exploring these scenarios was when Killia and Laharl went up against each other when they first met. How Long To Beat has Disgaea 5 at 150 hours for completionists, and with all of the new content I’d say you could add another 50 to 100 more hours onto that. That is a ton of content to burn through Dood! 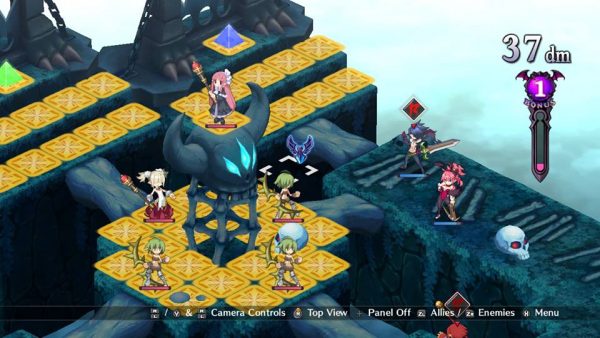 While this battle is a small one, bigger stages can hold bigger battles

Having never experienced a Disgaea game as much as I have with Disgaea 5, it’s easy to see why the series is so beloved by its fans. Going into it, I knew the extreme amount of content that it would hold, and I wanted to see if it was going to be a viable option for SPRG fans who will likely not see an entry to the Fire Emblem series for quite some time. This is a game I really want to pour hours at a time into, but all of the preparation before battle feels like it takes more time than the battles themselves. Disgaea 5 looks fun and silly on the outside but has a strong and challenging interior, so some may feel intimidated. However, know that I have put many hours into building my army and defeating my enemies on the battlefield, and with no end in sight at this moment I am still enjoying it. There is no official release date yet, but Disgaea 5 Complete is also making its way to PC soon.

The Disgaea franchise is beloved for many reasons; the characters, humor, and unique mechanics make Disgaea 5 unlike any SPRG I have played. On the plus side, you can take it on the go Dood!