Review: Dishonored—Death of the Outsider (PS4)

A little too static for its own good 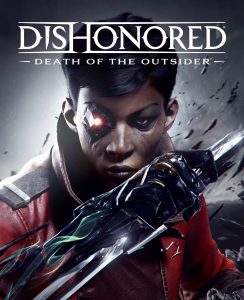 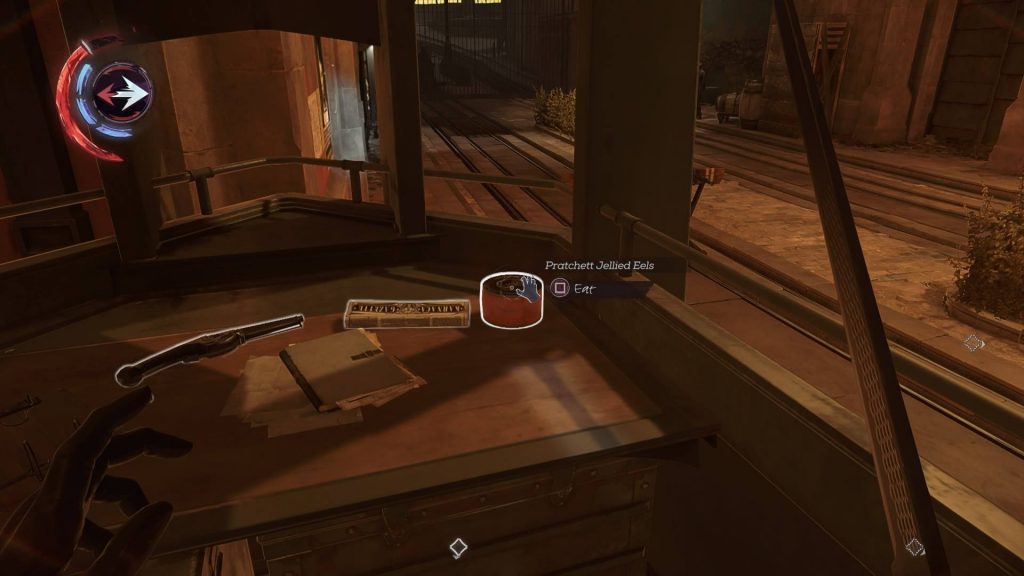 Spiritual Content: The Outsider is consistently referred to as a god-like figure. Witches and supernatural powers are present.

Violence: The Dishonored series has always been about assassinating targets. This idea is even in the subtitle. The player can shoot, stab, and dismember enemies. Should a non-lethal approach be taken, enemies are choked out or otherwise knocked unconscious.

Drug/Alcohol Use: Alcohol is spread around levels. Some side content revolves around a brewery and its competitors.

Positive Themes: Dishonored always offers non-lethal ways to accomplish goals and this is no different. One key conversation discusses the merits of revenge and taking responsibility for one’s own actions. 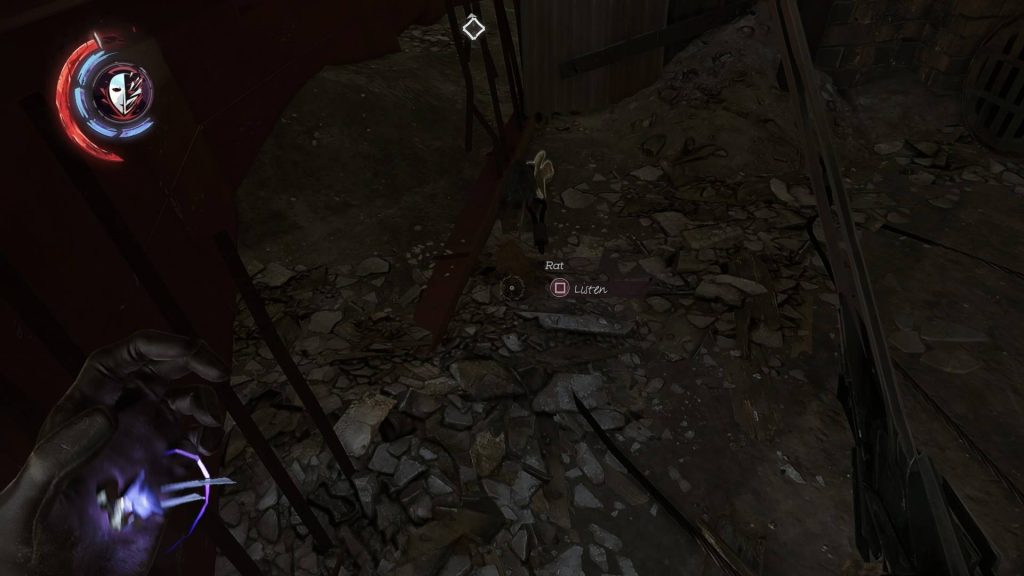 Death of the Outsider is essentially to Dishonored 2 what Knife of Dunwall and Brigmore Witches were to the original game: a new set of missions based around the gameplay of the base game, with a new character and new abilities. Knife of Dunwall and Brigmore Witches stuck more to the formula of the original Dishonored than Death of the Outsider does to Dishonored 2. And I’m honestly not sure whether Death of the Outsider‘s breakaway from formula is a result of the desire to try something new, inability to work the formula into the story, or just general laziness. If I had to guess, it would probably be the second one, but sometimes it feels like the latter.

For example, in Death of the Outsider, you start with a few supernatural abilities at your disposal. Aside from a few passives gained later, these are the only abilities that you will have access to in the game. This number is less than any previous protagonist. Making matters worse is that none are significantly different than powers from previous games. Even worse than that, these abilities cannot be upgraded. There are no runes to find as in past games. The character you are at the start of the game, is, barring those few aforementioned passives, the same character you are at the end of the game.

In previous games, the few initial missions would be a bit of a struggle as you tried to make do with your limited skill set. As the game went on, you gained access to new powers that let you approach situations in different ways. The series could almost be Metroid-like in its approach, as situations that once troubled you would prove to be no problem later in the game. This is not the case in Death of the Outsider.The difficulty is a little more even, but it also means it is completely static. The enemies will essentially pose the same amount of threat throughout the entire game. An occasional new enemy type does very little to change this fact. The only time the difficulty spikes is when the game decides to just throw a large number of enemies at the player, which can just end up being frustrating since the game’s mechanics aren’t really built around taking down large groups. 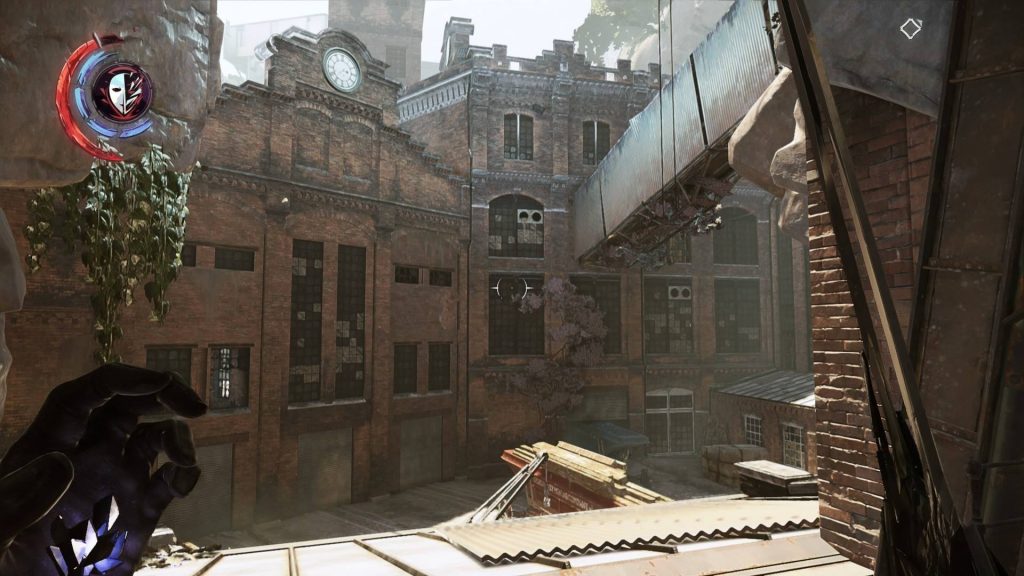 The other way the game differs from its predecessors is that instead of having multiple different targets to take down, there is only one. His name’s in the title. Perhaps this makes sense from a storytelling perspective; a game called Death of the Outsider should probably focus on the Outsider, but in Dishonored 2 for example, there was clearly a main target that was being led up to, but it didn’t stop the game from throwing other targets in your path. Without having multiple targets, the missions can start to feel a bit samey. Despite the fact that the goal of each mission changes, you start most missions in the same general area, you have the same abilities, and you are taking down mostly the same enemies. The game is starving for some variety just something to shake things up. Dishonored 2 has a fantastic mission in the middle of the game that takes away all your powers, but gives you one new one to use in that mission and that mission alone. It really serves to break up the game and throw something new and exciting at the player. It would’ve been great to see something similar here.

There is one area where some variety is thankfully thrown in, and that is the weapons you have access to. A new type of mine is introduced that can be used for either lethal or non-lethal purposes. A non-lethal grenade is also introduced which makes dealing with groups of enemies much easier. These new tools were extremely helpful to me, as I finished the game with no kills. Taking a non-lethal approach to things in the Dishonored series has always limited your options since many of the tools you receive are intended for deadlier purposes. It is appreciated then to have more options here.

Going through the game with no kills ended up being fairly inconsequential however, as the world and ending are largely unaffected by your choice to go through the game lethally or not. The ending will change depending on how you finish the final mission, but killing guards and such does not affect the ending to my knowledge. This low/high chaos system is yet another thing that Death of the Outsider has removed from the games that came before. 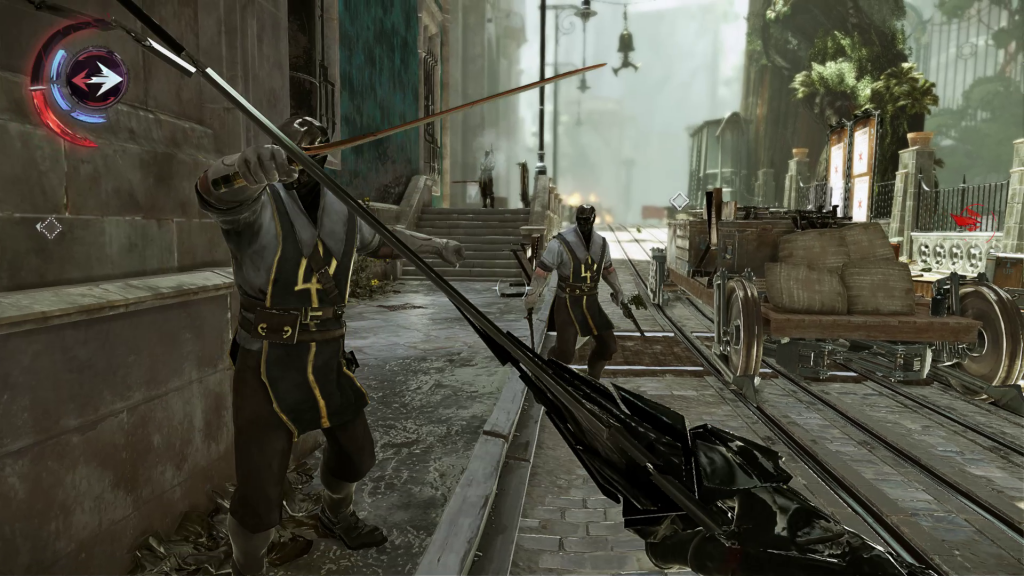 As I mentioned in the introduction, the story could hold very significant consequences for any future titles in the series. This is something I definitely appreciated about the game. The ending of the game feels significant. Once finished, you feel like what you just did will definitely come up later in the series. It’s a shame then that it’s really only the ending that has any sort of significance. Everything in the game is simply leading up to the final mission. It’s all preparation. Virtually nothing significant story-wise happens before the final mission or so.

It might appear that I am expecting too much out of what is essentially a DLC pack, and I think that argument would be fair if Knife of Dunwall/Brigmore Witches didn’t avoid many of the pitfalls that Death of the Outsider falls into. Those DLC packs included new, different, and upgradeable abilities, the missions contained many different targets to take out either lethally or non-lethally, and the story expanded upon the previous game while setting up the sequel. I am really unsure why Death of the Outsider did not take the same approach.

Once all is said and done though, Death of the Outsider is still more Dishonored, which is never a bad thing. It may lose a lot of the minor aspects that make Dishonored so fun, but at it’s core, the Dishonored series as a whole is solid, and basing a game on that foundation is very hard to screw up. Death of the Outsider may not reach the heights of the other entries in the series, but a game with such a solid foundation really can’t fall very far.

Death of the Outsider is a fun few hours for those who enjoy the series, but its lack of real character progression and assassination targets make its 5 missions feel much longer than they are.