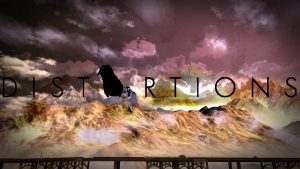 While Among Giants co-completed a smaller project called Gremlin Invasion in 2015, the studio spread its wings in 2016 and became an independent. Their first project, Distortions, is an ambitious one. The scope of the game is fitting for the company name, but its quality leaves something to be desired. 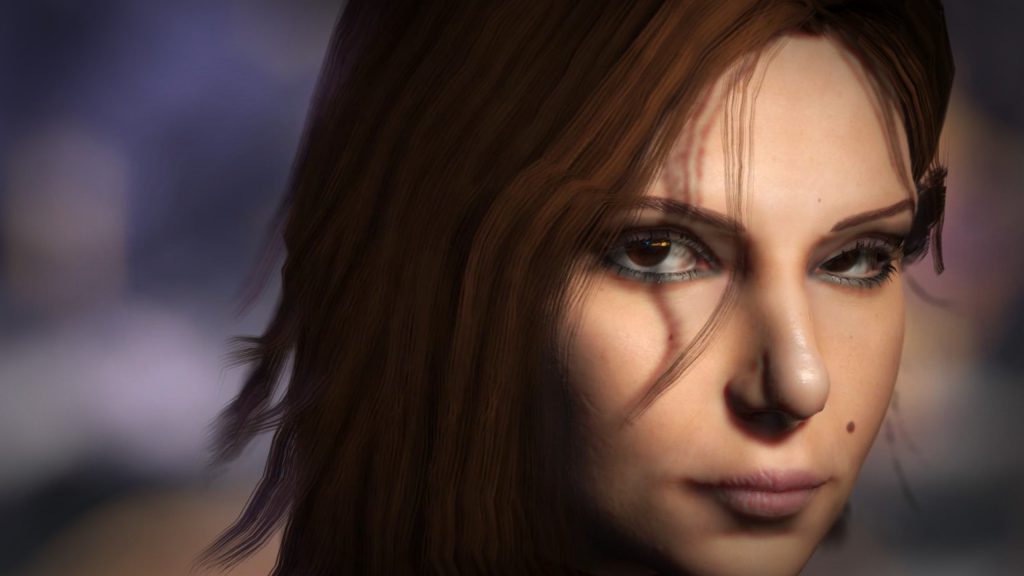 Here’s looking at you, kid! Or at someone. Or something.

Distortions is a rare game completely devoid of content that would give most gamers pause. There are no dark themes to be found, though there are dark creatures who appear in areas devoid of light. There, they will attack the protagonist, but the way in which they attack her is unclear besides simply running into and leaping on her. As her damage threshold approaches critical mass, a fuzzy haze tints the screen, resembling a scrambled television station (for those who remember analog television). 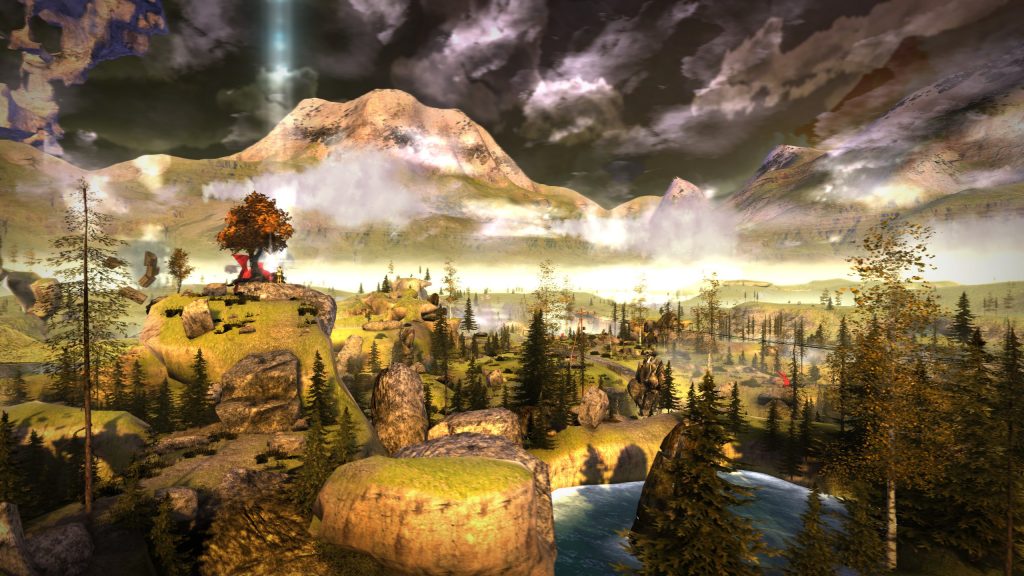 Nobody can truthfully say that Distortions is ugly.

I would like to first address the positives Distortions has to offer. It may very well be the most beautiful independently-developed game that I have ever played. Writing clichés disgust me, but the art direction here is nothing short of breathtaking. During one sequence, I managed to activate a moving platform of rocks that would carry me the length of about five football fields; during that sequence, my children happened to be watching, and in unison, they allowed an audible “Ooh…ahhh!” escape from their lips. I agree with them—the textures of the rocks, the splash of waves, the contrast between light and darkness,and  the fusion of (mostly autumn) colors leaves me to conclude that hat the lead programmer’s background is in environmental design. There are no bullshots too be found on the game’s official website. What is seen there can also be seen in real-time. 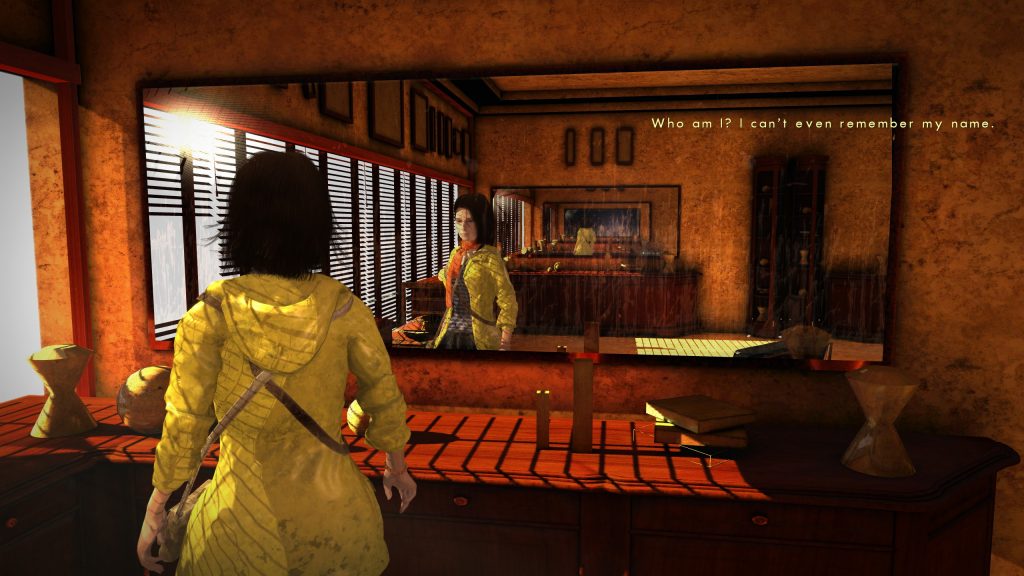 Mirrors in video games that actually work properly? What kind of witchcraft is this?

Those familiar with my reviews know I take video game music seriously. From what I have herd of this game’s soundtrack, it would sound as though Among Giants does, too. In fact, making music is a necessity to progress in Distortions. After an introduction that drags on for awhile, the female protagonist recovers her bow and violin. This prompts a sequence where she is to tune and practice. This introduces players to the mechanic of playing music to manipulate the environment in ways similar to enchantments. After all, one must collect sheets of music for inscription to learn the necessary tunes, much like one collects spell scrolls in a game like Baldur’s Gate 2 to learn a spell. For examples, a “silence” song cloaks the woman so that the blind black monsters haunting this dream-like setting cannot hear her walk by; a “lift” song removes rocks blocking barriers; a “light” song illuminates dim caves to facilitate navigation. The woman eventually learns how to “free play,” requiring players to use their ears to match notes in the later parts of the game. I wish I could experience more non-violent ways to solve problems in video games such as what Distortions offers. 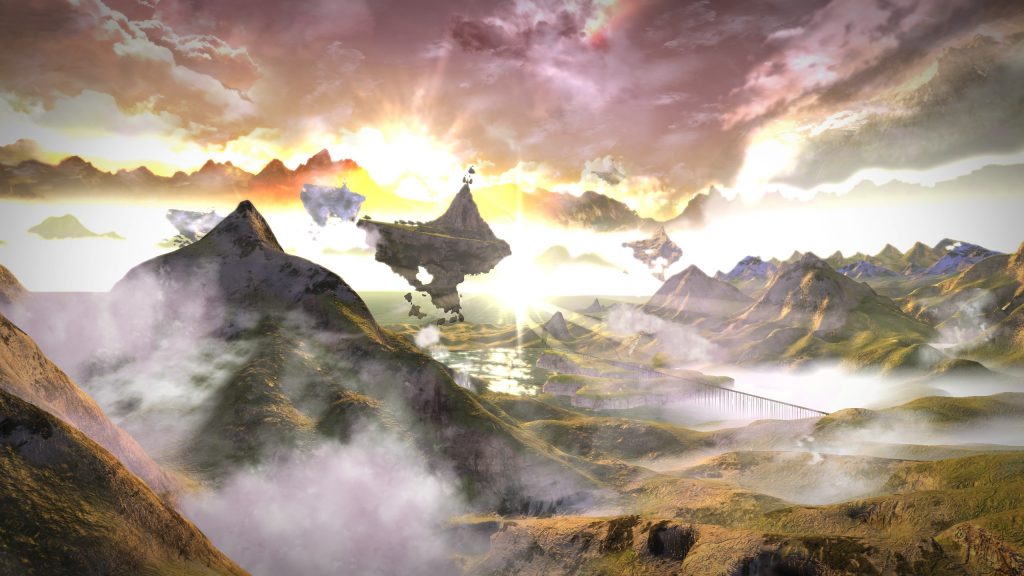 The Distortions engine would be wonderful in an exploration simulation.

Unfortunately, the graphics, music, and song-casting mechanic are the two shining spots in what is otherwise a blight. Though the environments are astonishing, the character model and animations are mannequin-stiff. The protagonist’s eyes lack soul, and look to be made of glass. Because she is the focal point in every scene, her laborious animations constantly sully their charm. 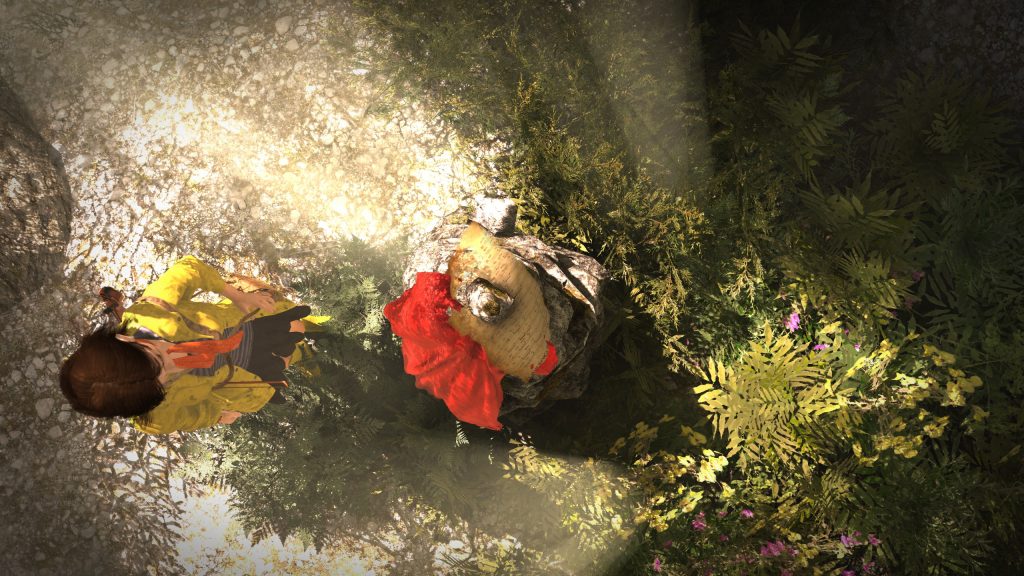 Relics of the past.

As the title, Distortions, suggests, the story is…distorted. The protagonist is imprisoned in a hallucinated world, goaded by a translucent man wearing a monster’s mask. As she journeys across the dreamscape, she will encounter figments to be added into her journal. With every figment, she reconstructs part of the story, revealing why she trying to remember so that she can forget. The adventure however, is  non-sequitur in relation to the quest. I do not know why the setting looks or operates the way that it does. Unlike another recent adventure game requiring players to learn music to solve puzzles, Fe, the environment here seems to be at odds with the game’s mission. The spontaneous transitions where the scenery melts into another place as a function of the narrative, while cool, also presents an unintentional feeling of confusion.

Those are aspects of the game that are flawed, but they pale in comparison to the the multiple times when Distortions all but broke in half. Behold the video above. During that sequence, I am supposed to be participating in a tutorial teaching me how to play my violin. But as can be plainly seen (besides the protagonist’s choppy animations and stoic facial expression), I can not participate, because she does not actually draw her violin. This is supposed to be the game’s signature setpiece. Sadly, this malfunction would be a primer for things to come. 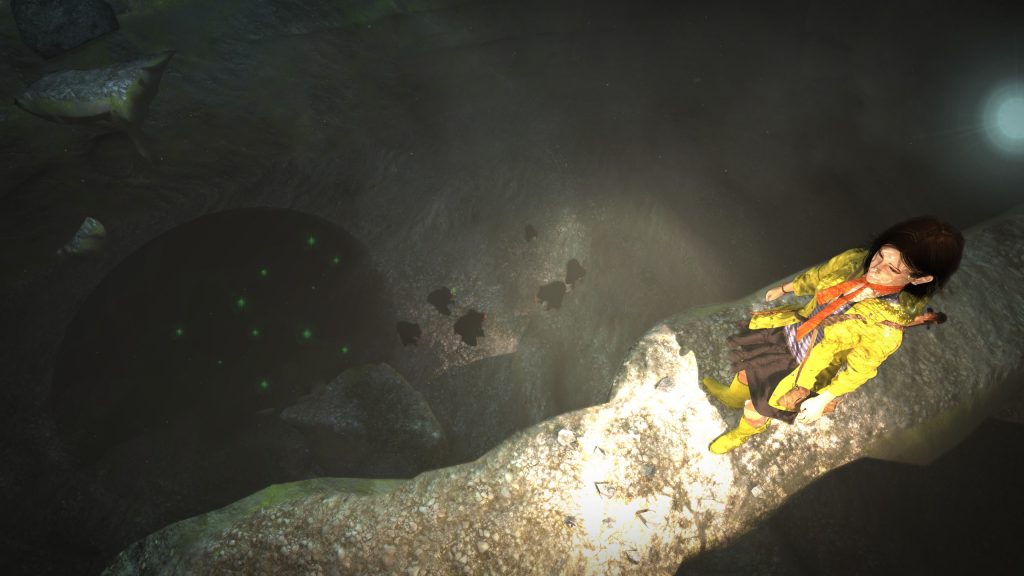 Enemies down below. Also, when the camera changes like this, the controls do not account for the change.

I restarted the game, and tinkered with the controls by changing the violin button from left click to an unused keyboard key. That worked, so I changed back to the default controls. But then, I discovered during a 2.5D sequence requiring me to flee from an enemy that my default run button, shift, did not work. I had to remap it, and keep it that way. Then, Distortions began to actively fight me as I tried to play. While navigating through tight spaces, the camera zooms in at the level of the protagonist’s perspective, shifting the game from third person to first person. Sometimes after coming out, the camera will not return to third person, forcing me to restart the game. Then, for some reason, when I would try to move forward, I would suddenly, and randomly stop. Imagine moving forward for three seconds, stopping, and having to re-press the “W” key to move again, and another eight seconds later, stopping again. Repeat. Repeat again. Repeat some more!!! 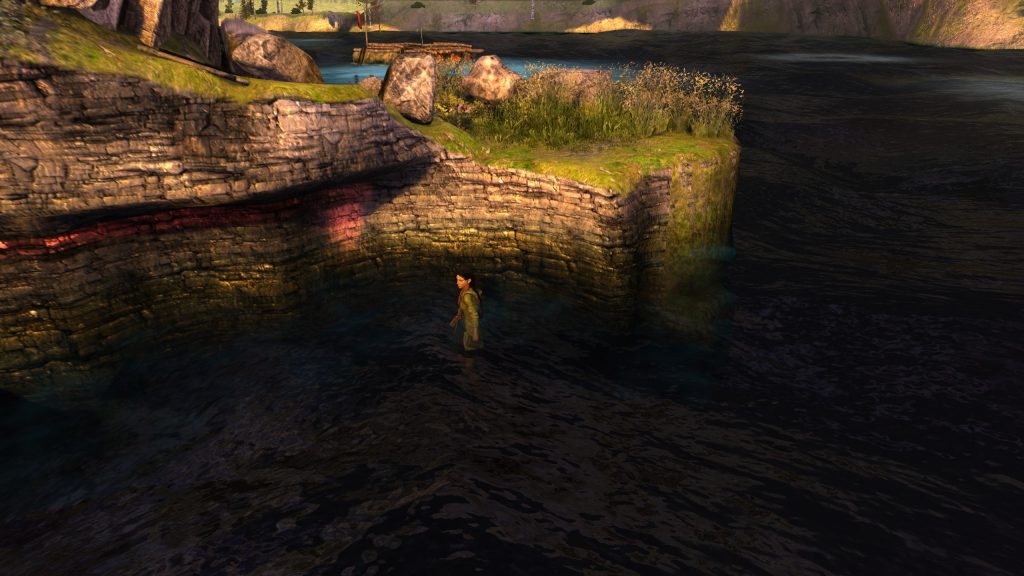 Here, I was wading in the water not because it is shallow, but because I was waiting on the game to register that I was out of bounds, and should drown.

I fought through the movement bug for an entire act, lasting at least about ninety minutes. I lasted long enough until act three, when I had to travel on a water raft. That is no Wind Waker experience. If the control scheme was not fit for plain walking, the quad-directional raft did me no favors. The last straw for me, though, was landing on one of two small islands, and climbing up the taller one, only to completely overshoot the smaller island when I jumped down. The result was the above picture, where I had to wait to drown.

Distortions will enjoy the dishonor of being the first game that I have had to review that I did not finish. Even with the giant monster on the horizon, and possibly the end of the game, I saved my game on a broken overpass above the sea, and I could not bear another minute. As pretty as Distortions is, there is just too much jank.

Distortions is a game reminiscent of an era when "indie" was a euphemism for "subpar." While I am pleased that that time is long past, this game did not get the memo.