We Are the Monsters

As a relatively young franchise, Fallen Legion has established itself with engaging storytelling and fascinating lore.  Revenants aims to take the foundation built by its predecessors and grow the franchise in every way. Is it worth your time, or should you pass it by? 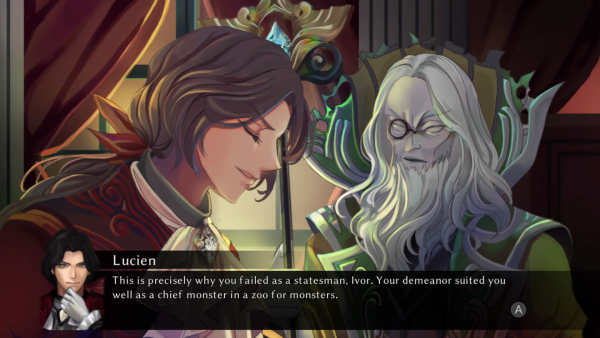 Spiritual Content: Fallen Legion Revenants‘ main character is a ghost that commands summoned soldiers. There are otherworldly monsters, undead creatures, and even a deity you can fight and kill. The game is also full of magic.

Violence: The combat has no blood or gore. Enemies fade away when they’re killed. There are some scenes where characters are killed in a way that will impact the player, but they show nothing violent or gory. 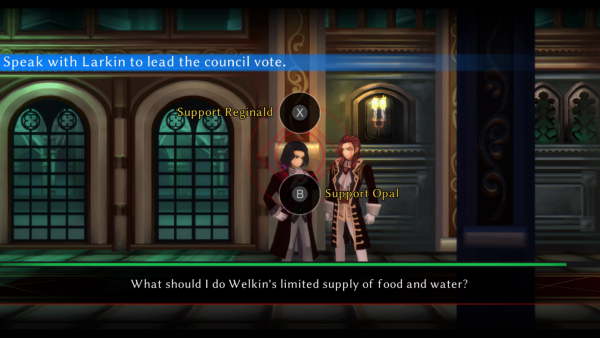 Drugs and Alcohol: There are no drugs or alcohol in Revenants.

Positive Content: Conquering a tyrant, and giving up of one’s self for the good of others. 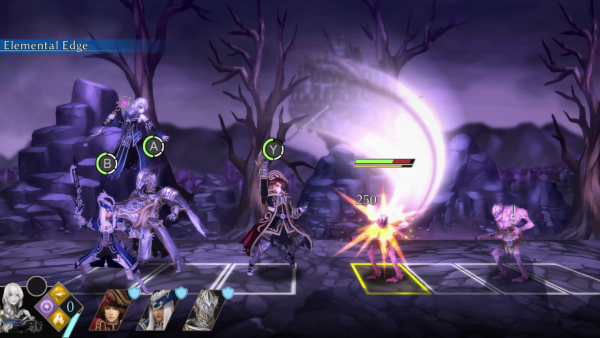 The city of Welkin has magically sequestered itself in the sky as the rest of the world succumbs to a dangerous miasma below. Lucien, an up-and-coming politician, has teamed up with Rowena, a powerful ghost with the ability to control long-dead warriors, to topple Welkin’s corrupt ruler and save the phantom’s son from rotting in prison.

Fallen Legion Revenants‘ story is surprisingly well done. The plot is intriguing, with some fun twists along the way. Many of the characters, even the secondary cast members, become quirky and notable. My one complaint is that the game feels woefully drawn out. What could’ve been a great story wrapped up in a few hours felt like it dragged on about twice as long as necessary. The payoff was well-executed, however, and I’m glad I stuck around long enough to see it.

The story wouldn’t feel so long in the tooth if the rest of the campaign weren’t built to drag on as well. Earlier Fallen Legion games gave you a roadmap of places to visit with clear goals to work toward. Revenants eschewed that for alternating beats between combat and wandering the castle between missions. That, coupled with combat stages that overstay their welcome, made for a game I can see a lot of people ready to give up on before credits roll. 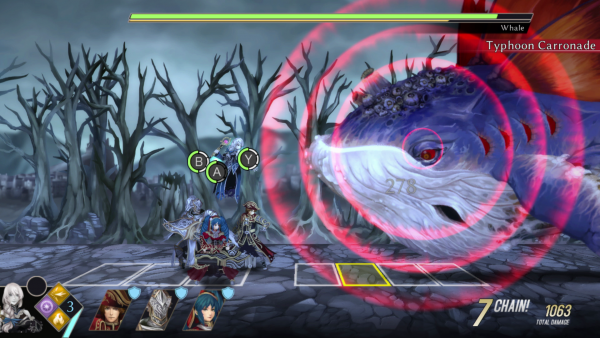 I want to be clear: I actually do enjoy the game’s combat system. Encounters just last far too long. The core premise of combat revolves around Rowena’s ability to control Exemplars, long-dead heroes who heed her command in battle. She can bring three into battle with her and each has special focuses and unique abilities. There are a dozen to recruit over the course of the journey, giving you the control to build a team suited to your tastes.

Timing is key with Revenants‘ combat. Enemies flash a tell before attacking, giving you an opening for a perfect block. You’ll then attack with your Exemplars, each of which is mapped to their own face button. They can combo off one another, stun foes, and execute powerful attacks that can move foes around a distance grid. Rowena can attack, heal, push and pull enemies, and move her team around the grid as well. The result is a genuinely fun, fluid combat system that will leave your thumbs sore. It’s just a shame you’re put into such long missions. 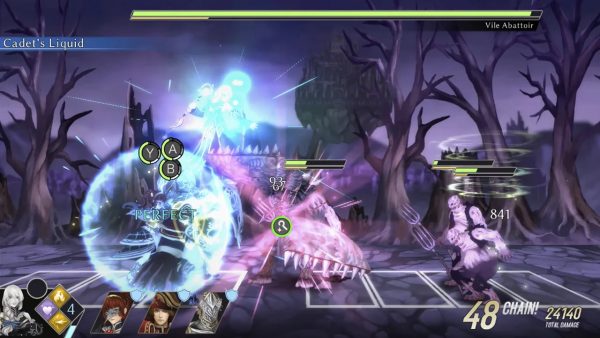 To be fair to the mission design, sorties are drawn out because your time is often split between Rowena’s battles and Lucien’s political intrigues throughout the castle. I don’t like Lucien’s gameplay sections very much. You’re often given some sort of quick situational setup, and then you’ll have a timer to achieve his goal. These can range from coaxing people into liking him to sneaking into warehouses. Metal Gear Solid this is not. The stealth mechanics combined with the time limit make for irritating gameplay sections I’d rather just skip altogether. They do help build out the characters and the world, though.

Revenants is an OK-looking game. The game still has the trademark marionette character design the franchise is known for, but characters look more lively and the animation is more fluid this time around. The combat arenas all have unfortunately drab looks. I realize it’s for worldbuilding, but I wouldn’t have minded a bright, colorful forest or volcano on occasion instead of a perpetually dying and decayed landscape. There are a handful of standout art assets, but the game ultimately isn’t that impressive to look at. The soundtrack is completely forgettable. At least I enjoyed Revenants‘ voice work. 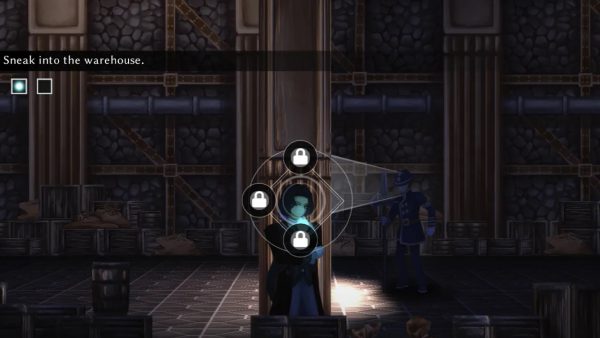 I actually quite enjoyed my time with Fallen Legion Revenants. The gameplay is fun and the story is engaging. While the artwork isn’t jaw-dropping, it does an alright job conveying the world around Welkin. I just hope future iterations take note that “less is more.” The game could’ve delivered on its engaging narrative and enjoyable combat long before it wore me out to the point of driving me to simply wish the experience was over.

Fallen Legion Revenants is a fun action RPG with a well done story that overstays its welcome with drawn-out combat scenarios and frustrating stealth sections.