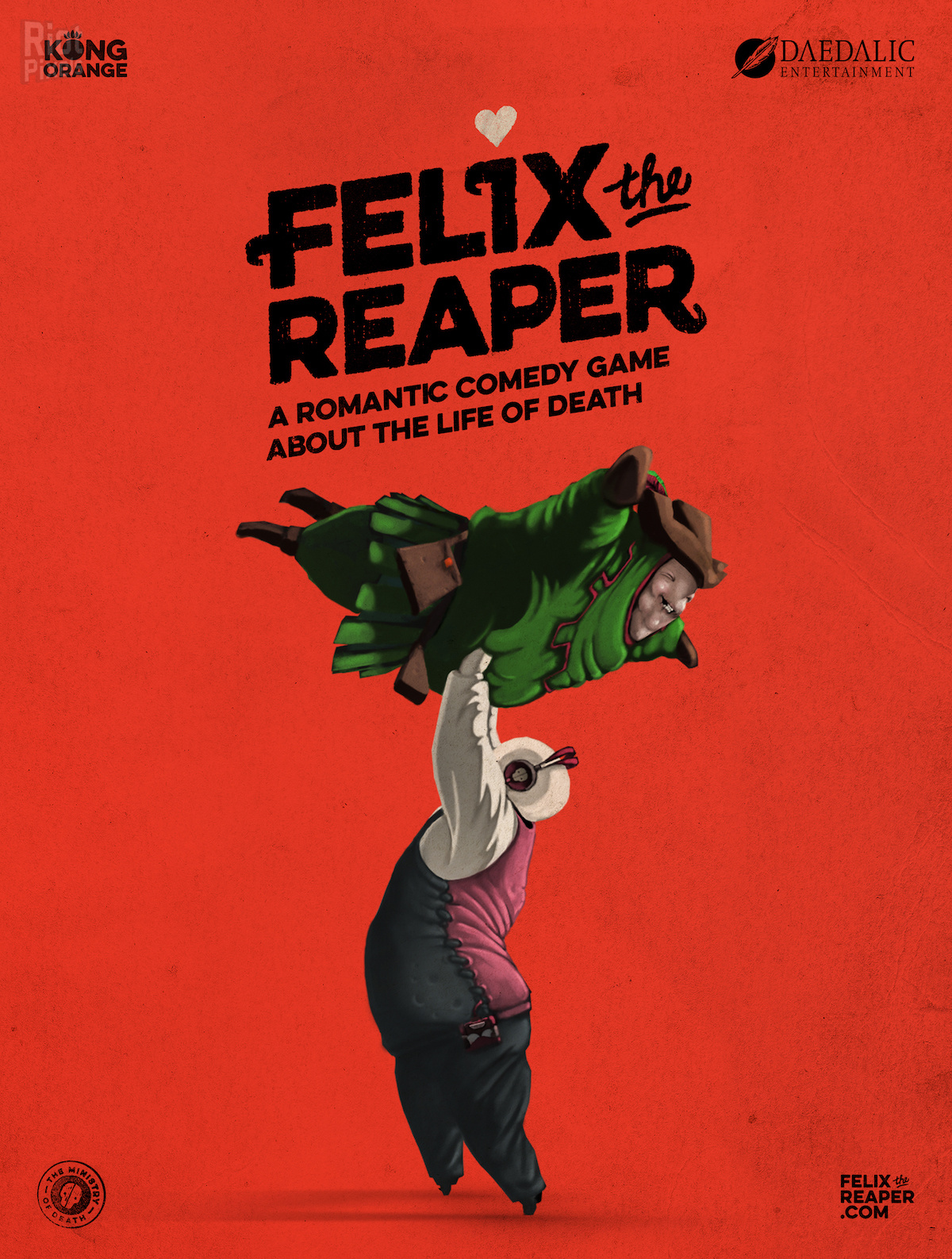 Felix the Reaper is an adorably morbid puzzle game. You play as a dancing Grim Reaper who’s in love with Life, otherwise known as Betty. You’ll travel through time and scenarios to bring death and chaos, hoping that your crush finally shows up. The art style, personality, and details of Felix are charming and quirky, but the gameplay falls a bit flat in comparison to the cleverness of everything else.

Spiritual Content: You are a bringer of death. While no explicit spirituality is present, the notion of Grim Reapers or Life being an entity is spiritual in nature.

Violence: You’re bringing death, so people…die. There’s blood splatter every so often and sometimes the deaths are a bit gruesome.

Alcohol/Drug Use: Some of the characters are drinking in scenarios. It’s never explicit, but one can guess they’re drinking alcohol.

I’ve always had a penchant for spoops—that wondrous mix of the morbid and the adorable. Perhaps my faith makes me unafraid of death or maybe I just have an odd sense of humor, but Felix the Reaper hit that perfect spot. It sells itself as a romantic comedy about death with quirky artwork and an intriguing storyline. Completely ignoring the actual gameplay, I downloaded it off Xbox Game Pass.

On start-up, you’re introduced to a Manual Samuel-sort of narrator, setting the scene for who you are and what you do. You play as Felix, a happy-go-lucky Grim Reaper who dances while setting up deadly scenarios. Felix has this secret hope to one day see the love of his life, Life (also known as Betty). After a bit of story and some sweet moves, Felix has charmed me. He’s likable, he’s hilarious, and he’s interesting.

But as much as the game’s introduction makes this game seem like it’s about Felix, it’s really not. Felix the Reaper, in reality, is a puzzle game where you are trying to move objects (and yourself) to complete deadly missions. Usually these missions involve setting up a series of events ending in the death of some unfortunate human. The main obstacle is trying to keep Felix out of the sun, so you have to utilize objects and a sun dial to keep Felix out of harm’s way.

You’ll travel to different eras and scenarios, following one little storyline until someone dies. The color scheme, vibe, and music changes with each era, which is neat. Felix also does his work while time is frozen. After he completes his assigned task, you get to watch what took you minutes to set up happen in mere seconds.

And that’s the game, folks. That’s the meat of this game. Puzzles. Lots and lots of puzzles. I have no issue with this, honestly; I’m a fan of a good puzzle game. However, I don’t know if this really qualifies as one of those for me.

For one, the story and concept feel very at odds with the gameplay. You’re controlling this dancing and distracted reaper who just wants to boogie and see his crush, but the puzzles require utmost attention to detail and often end in a pretty gruesome fashion. The paradox of a cheerful reaper in love with Life is hilarious. The paradox of playing a character completely opposed to the gameplay is less so. It’s as if I was forced to either stop and enjoy Felix or ignore him and obsess over what to do next…or, more likely, ask the game what my next step should be because I have no idea what to do.

I found myself more often than not asking the game for step-by-step hints because even those challenged me sometimes. Some of the concepts—like moving the sun—made sense. Others, though—like using objects to block the sun—felt unexplained yet suddenly expected by the game.

Furthermore, once I finished a level, I’d be informed by the game that my effort was subpar according to the weird ranking system that apparently expected me to take 2 minutes instead of 10. Maybe I’m just bad at these kinds of games, which is a totally fair assessment, but it raises concerns that Felix the Reaper sells something different than what it gives. Even the Steam page emphasizes the love poured into the storyline, the creator’s interest in art around death, and all the hard work that went into Felix’s dance moves and soundtrack—but not a lot about the actual gameplay.

I never enjoyed the game’s puzzles. They felt too structured, too monotonous, and too particular. It was like going to an art museum but the only thing on display was sudoku. Like, yeah, sudoku’s kinda artistic…I guess? But I came for art, for something to entertain me and pull me into the fascinating world, ideas, and characters of the art pieces. I didn’t come to have to literally think inside boxes.

Since the gameplay is so at odds with the story and Felix, when the focus is all of a sudden on Felix again, it feels abrupt and unusual. Betty does eventually pop in and out and the storylines progress, but then we’re back to puzzles. And even the little video showing what happens once you finally put that barrel in the perfect spot is short, gruesome, and unfulfilling.

If anything, I wanna join Felix and listen to some jams while dancing around the gore. I don’t feel all that accomplished when after 15 minutes of following weird directions to the letter, I finally get to set some poor guy’s dog on fire or watch a guy suddenly lose his friend. Again, maybe this game just isn’t for me, but it was pretty off-putting.

If I could recommend a game based solely of what happens when you don’t play, then Felix the Reaper is a masterpiece. The art style is quite endearing—even when blood’s flying—the humor is solid when it’s actually present, and the storylines are promising, even if they don’t usually end well. The concept is solid, Felix is adorable, and the design is creative.

When you stop playing, the camera will slowly focus on Felix’s dancing. He’ll legit just boogie around for ages and it’s so endearing to watch this chubby, happy Reaper creature have a great time. It’s just fun and makes me happy. Felix the Reaper would be such a great little desktop icon, dancing around my screen and boogieing away my homework. If only.

In the end, I didn’t get to finish Felix the Reaper. Quite frankly, I didn’t want to. The game just sold me something that it didn’t deliver and I’m disappointed. I want Felix in a Manual Samuel or Oxenfree sort of game—games that beautifully intertwine unique concepts and interesting gameplay. Until then, just wish Kong Orange well. Or learn to love puzzles. Or bother them to make a Felix desktop icon like the Untitled Goose Game one.

While Felix the Reaper's unique style and endearing casts of characters is a delight, it's slow, repetitive puzzles take away from its deathly charm.