A Love Letter to Classic SRPGs 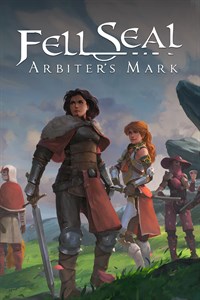 Like a majestic blue whale breaking through the surface for a breath of fresh air, the Strategy RPG (SRPG) genre occasionally emerges from the depths to deliver a rare, wondrous experience. Such is the case with Fell Seal: Arbiter’s Mark, a beautiful love letter to genre classics like Final Fantasy Tactics and Tactics Ogre. You’ll want to soak this one up. 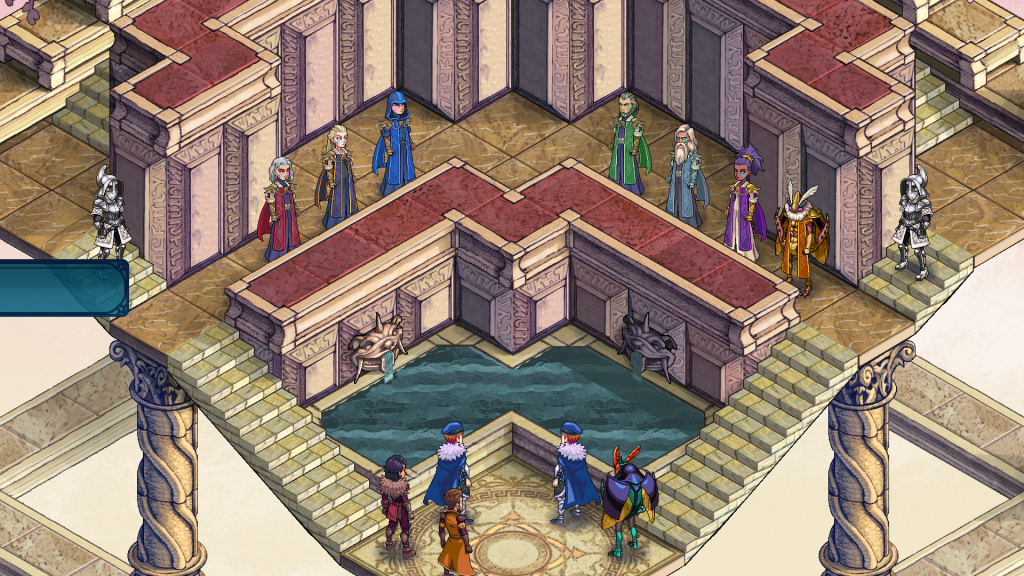 Spiritual Content: As with virtually any classic fantasy media, Fell Seal has demons, undead, magic, and necromancy. There are people who must go on a pilgrimage to various temples to be deemed worthy of the title “Immortal,” which seemingly bestows long-life but certainly not eternal. There seem to be little to no actual references to any deities.

Violence: The game is full of cartoon violence, though characters simply fade from existence when they’re slaughtered. There are story scenes where you’ll witness characters struck down, however. There’s no blood or viscera to be concerned about, however. 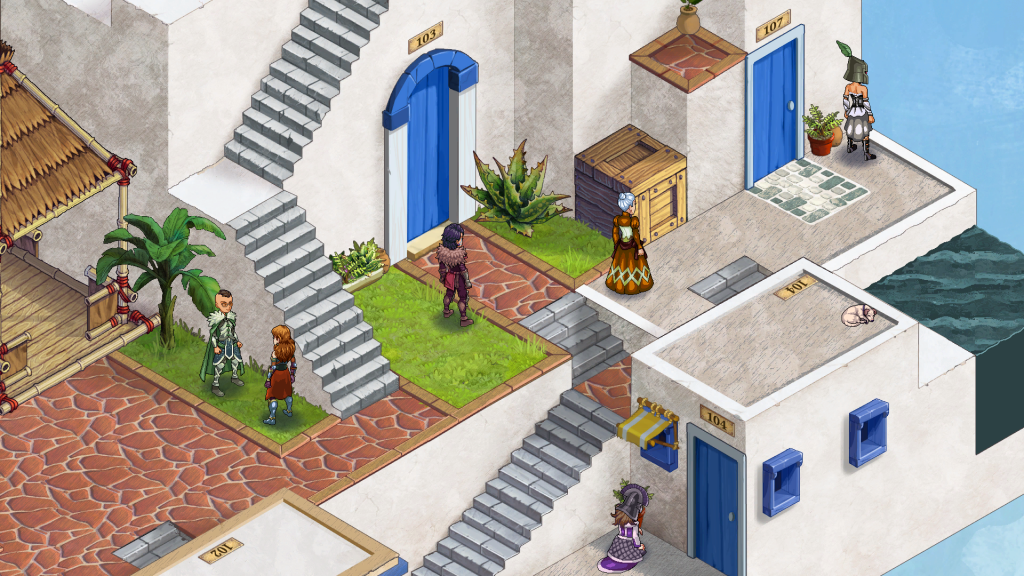 Language/Crude Humor: There is some mild language (like B*****d) in Fell Seal, though nothing more than you would expect to hear or see on a Saturday morning cartoon.

Sexual Themes: There is no sexual content to be concerned with in Fell Seal: Arbiter’s Mark

Positive Themes: Kyrie and her company of Arbiters are a bright light in a dark world. Where the Arbiters have largely become a corrupt force, often accepting bribes and performing their own dark deeds, she and her crew remain upright and vigilant, always opting to take the right path instead of the easy one. 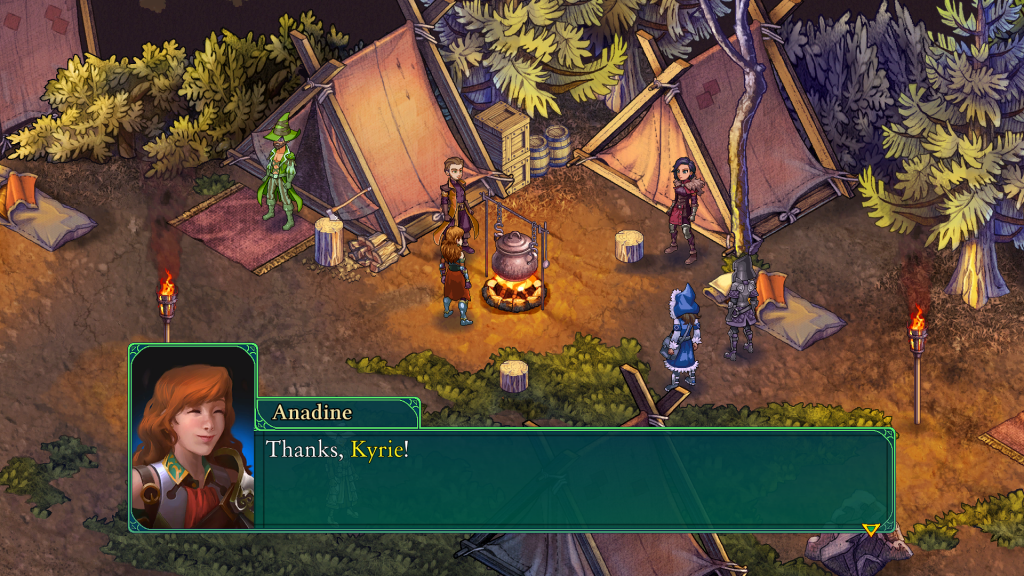 Let’s go ahead and address the most marked draw for Fell Seal: Arbiter’s Mark. It is unabashedly modeling itself after the same nostalgic factors that made Final Fantasy Tactics such a beloved title. It has an excellent narrative with relatable characters, the combat is fun and familiar, and the presentation hearkens back to the PlayStation One classic with some modern visuals. If you enjoyed Square’s late-90’s title (or its handheld follow-up), Fell Seal will feel like wrapping yourself in a familiar comforter.

First, let’s discuss one of the things that really sets Fell Seal apart: the narrative. Long ago, seven heroes defeated a great monster that threatened to destroy the world. In the wake of their victory, these heroes established a council known as the “Immortals.” Long-lived and powerful, they guided the world, using mortals known as “Arbiters” to police the realm. 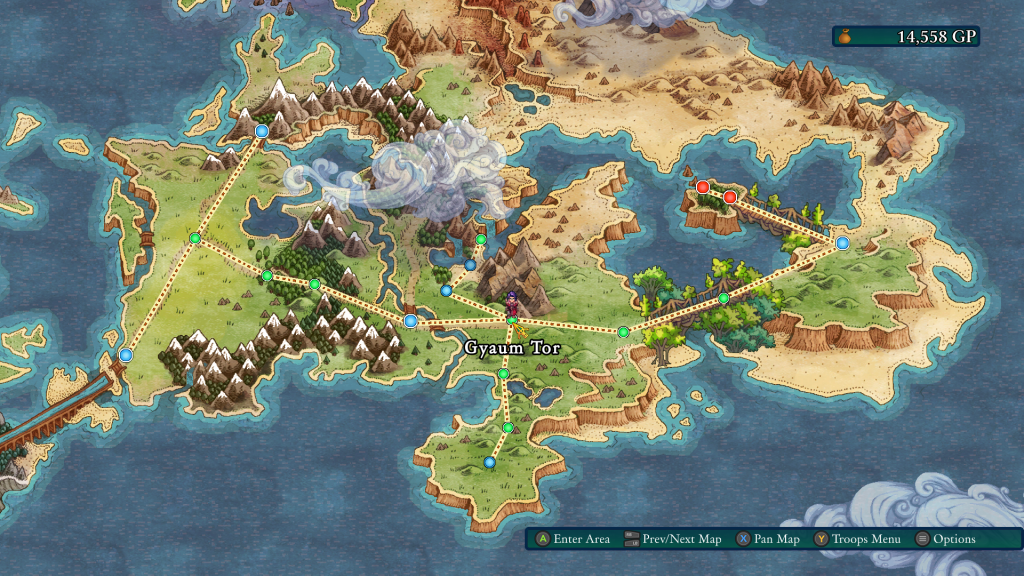 Enter Kyrie, an Arbiter with unwavering valor and justice. After witnessing a nobleman commit a murder, she and her troop apprehend the villain and escort him to a nearby Arbiter chapterhouse where he’s to be brought to trial. While there, one of the Immortal council announces his plans to step down. As a result, each remaining council member has a chance to name a “Marked,” their chosen candidate to replace the retiring Immortal. In a twist of fate, the vile nobleman previously captured is released as one of the Marked, set above the law for the duration of his pilgrimage. This sparks a journey that leads the stalwart Kyrie and comrades across the land, sniffing out corruption in the Immortal council and, eventually, vying for the title of Immortal herself.

The narrative is well-written and easy to follow. There are plenty of twists and turns along the way that keeps things interesting, including a host of eccentric characters and some clever intrigue. The characters are likable and the dialog is well-written, keeping you engaged from that first encounter up to the end. 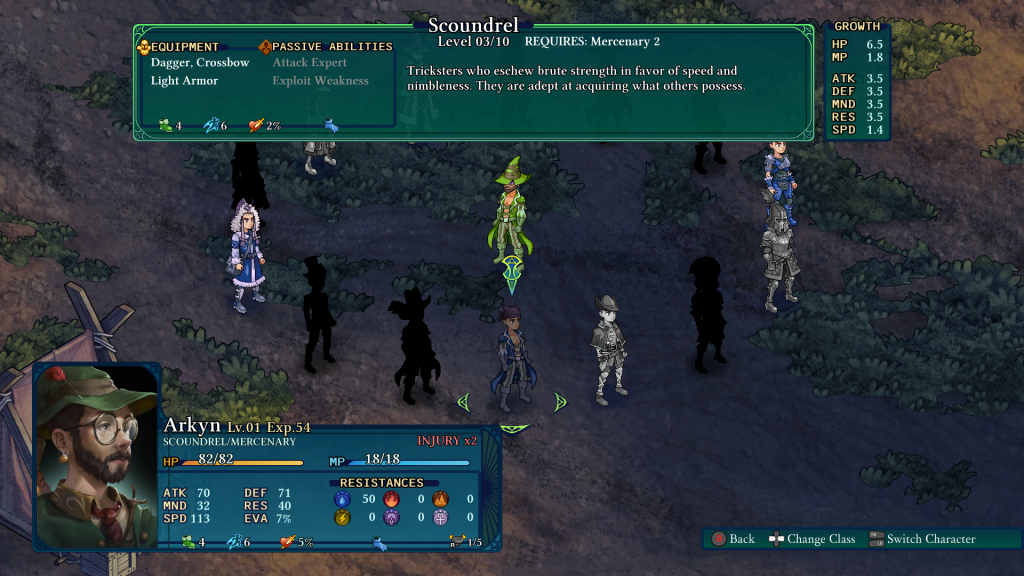 As a fan of classic tactical RPGs, Fell Seal‘s gameplay mechanics are pitch perfect. You’ll field a team of warriors with various job classes. Each turn, you’ll have to move and position them around an isometric grid-based map, using your class skills to heal and buff friends while toppling foes. From terrain and its height affecting battle to the direction you’re facing an attacker dictating the damage you sustain, everything here feels familiar. Fell Seal doesn’t innovate on the core combat much, but what it borrows has been honed to a fine edge.

Character progression will feel familiar to genre fans, too, though noticeable changes have been made to the formula. You’re awarded skill points for your character’s class when that character levels up. You won’t have to grind both XP and job points (FFT’s class-specific progression metric) as skill points are awarded depending on your job class. Each class has its own skill tree (typically consisting of 10 or fewer skills), and just like FFT, you can set a subclass and some extra abilities so past work isn’t wasted. They even went so far as to make the menu for changing jobs look and feel like the PlayStation darling.

Everything about the way Fell Seal plays feels great and completionists will be able to while away the hours grinding characters’ various jobs and skills to build the perfect crew. 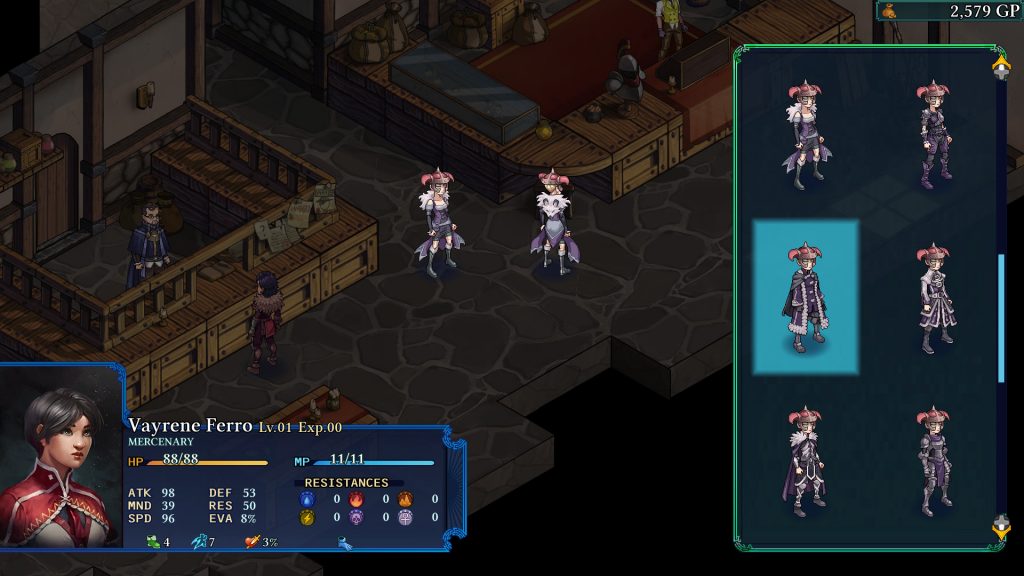 Arbiter’s Mark has a wonderful aesthetic. At first, the hand-drawn sprites felt a little awkward but I quickly fell in love with what the art team at 6 Eyes Studio has done. The game features gorgeous character sprites and brilliant, wonderfully assembled hand-drawn setpieces. Like a late PlayStation One-era game with an enhanced palette, Fell Seal toes the line between nostalgia and modern beauty with aplomb. As far as the audio design goes, the soundtrack feels like what you would expect from an epic fantasy game. The main theme will be recognizable after a few hours but little else may stick with you. The one real complaint worth raising is that battlefields have only one dimension (you can’t rotate the battlefield) and objects (like tall grass or buildings) can make it difficult to make out enemy positions. 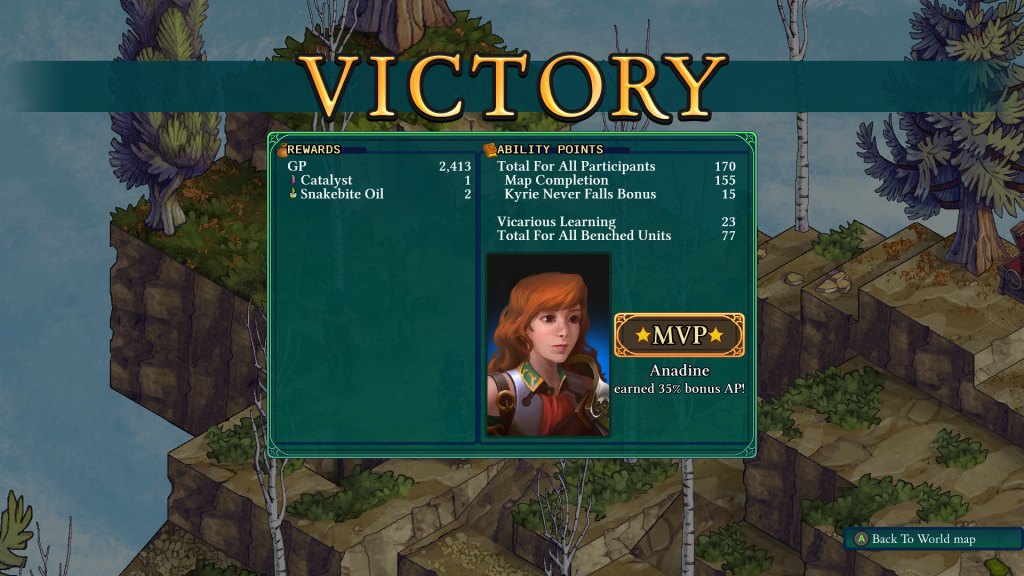 Fell Seal: Arbiter’s Mark is a gorgeous, well-written love letter to classic SRPGs. With a fantastic story, loads of progression and customization options, and a faithful, well-honed combat system, there’s something here for fans to get lost in. This homage has done justice to its forebears. It’s well worth your time.

With a fantastic story, loads of progression and customization options, and a faithful, well-honed combat system, fans will enjoy getting lost in Fell Seal: Arbiter's Mark, a gorgeous, well-written love letter to classic SRPGs.