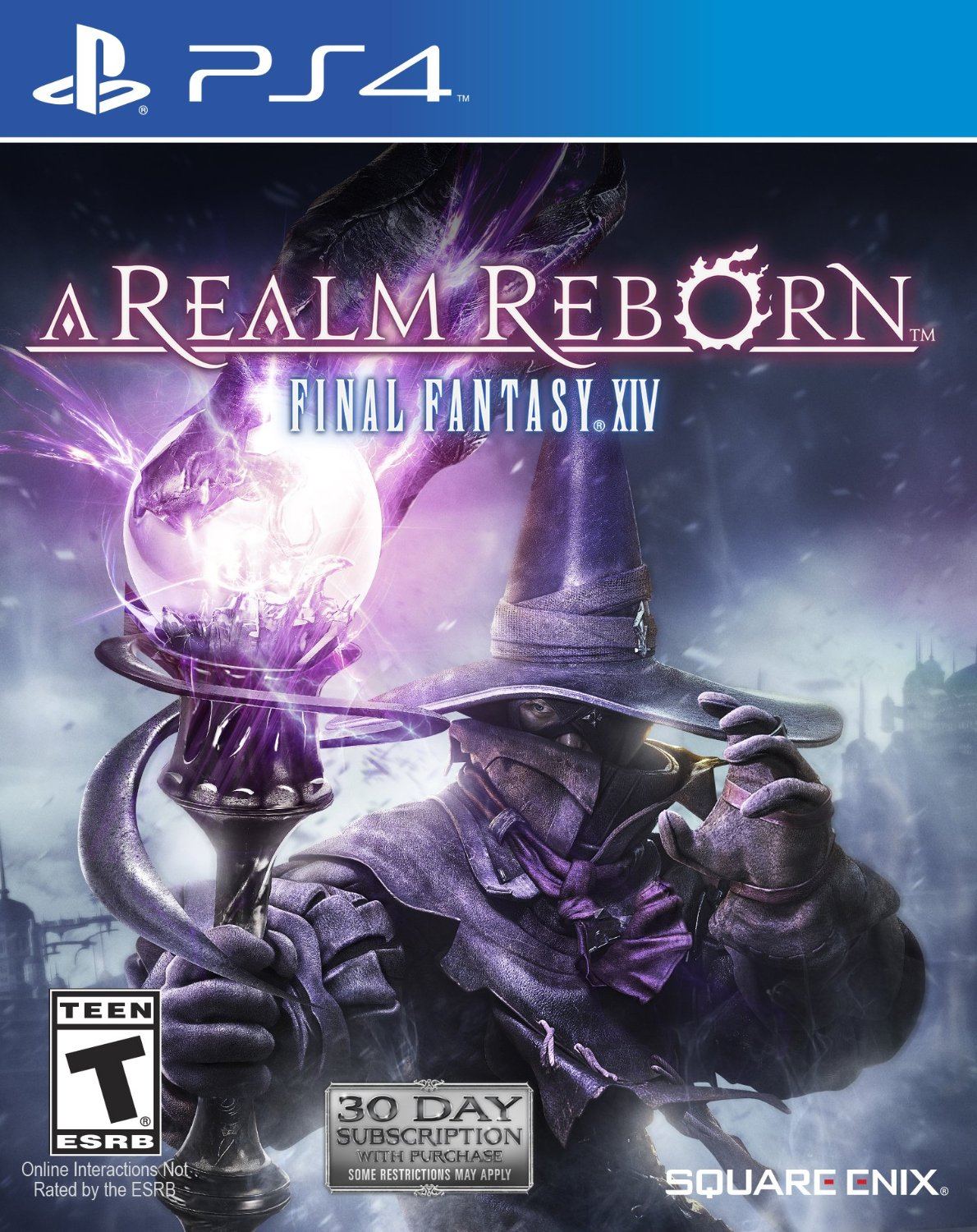 I have heard of Final Fantasy XIV (FFXIV) for many years but haven’t had a chance to play it until Square Enix decided to give it away for free on May 24th, 2020 for limited of time. Therefore, I was very excited to dive into the game! Here we go!

The world of Final Fantasy is full of gods and monsters. The light of higher power in this online version comes from the crystal, and you are the warrior of the light, going against the darkness.

There is no obvious sexual content, but FFXIV does have some suggestive conversations. They change depending upon the language chosen in the options. For example, one conversation involves “serving” men in English. In the Japanese language option, female bodies described as being splendid.

Final Fantasy XIV has a very friendly online community and people are generally glad to help out each other. Team work is a positive thing to value in online multiplayer games nowadays.

Final Fantasy is a well-known RPG franchise, and this online game distinguishes itself very well from the others. First, FFXIV looks Japanese when you first create your character. From hairstyle to voices, through and through, you will feel the JRPG atmosphere drawing you in quickly. 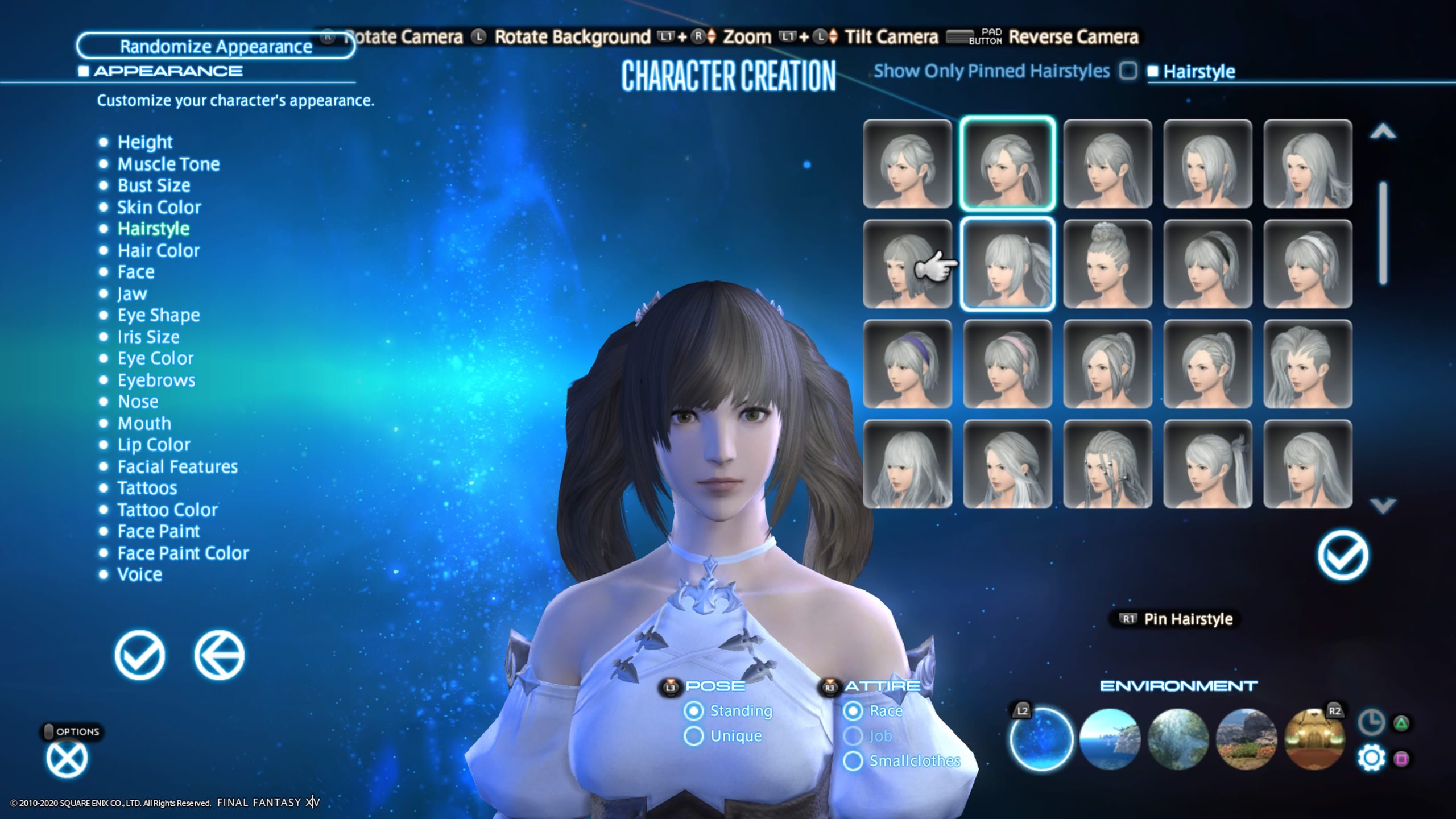 Compared to other MMORPG, like World of Warcraft (WOW), Guild Wars 2 (GW2), and The Elder Scrolls Online (ESO), FFXIV will win your heart if you a fan of Asian culture at first sight, and it really excels at maintaining its Final Fantasy feel on a larger scale. 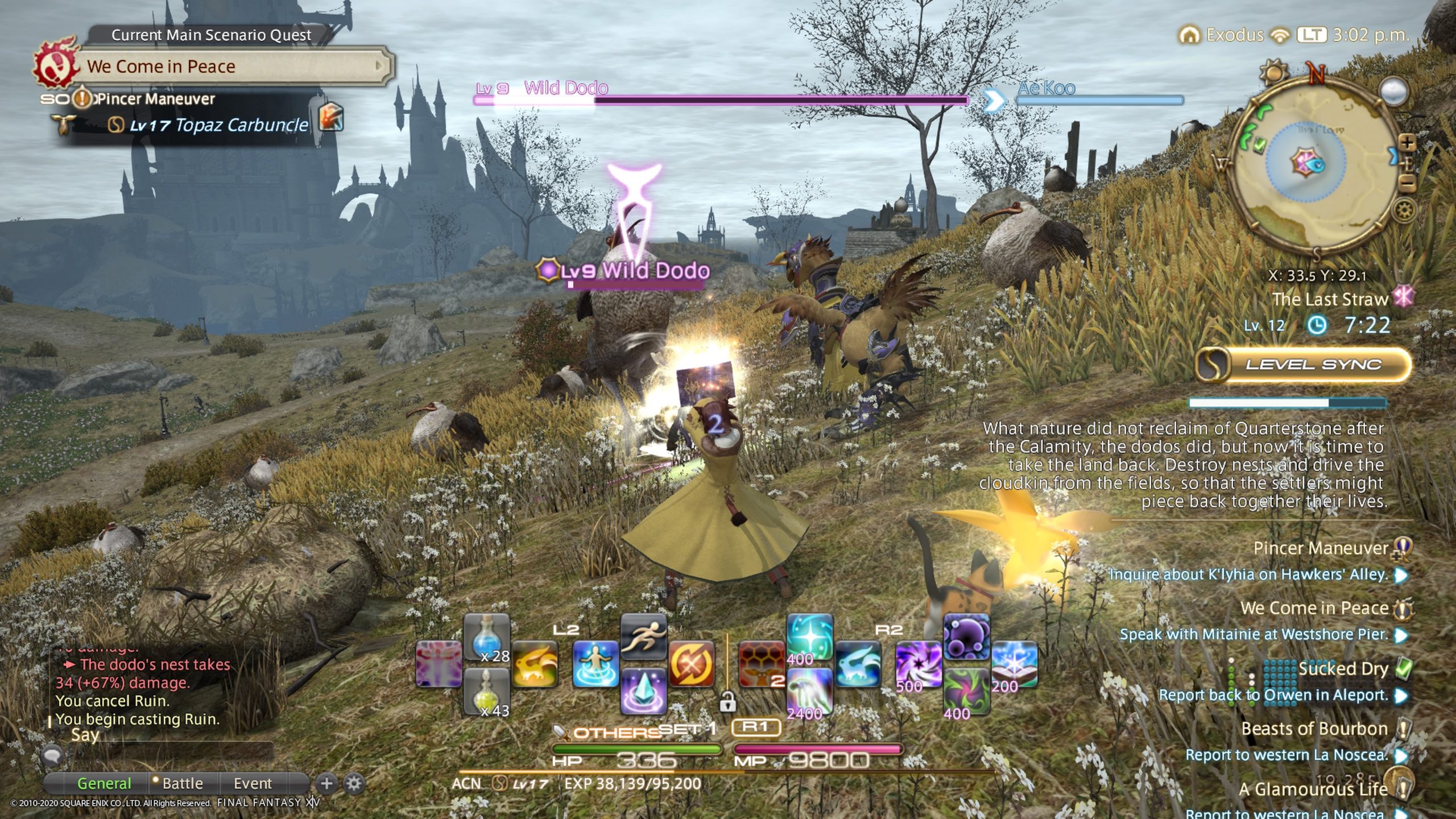 I’m not accustomed to playing MMOs on consoles. However, I played all of FFXIV game with my PS4 controller and surprisingly enjoyed it quite a bit. Honestly, I did not expect it to work well at the beginning. But after getting adjusted to its interface and button mapping, I found it navigable. However, FFXIV console mapping is definitely more complicated than the console version of an MMO like ESO. Personally I prefer the clean, easy, player-friendly mapping design in ESO more. 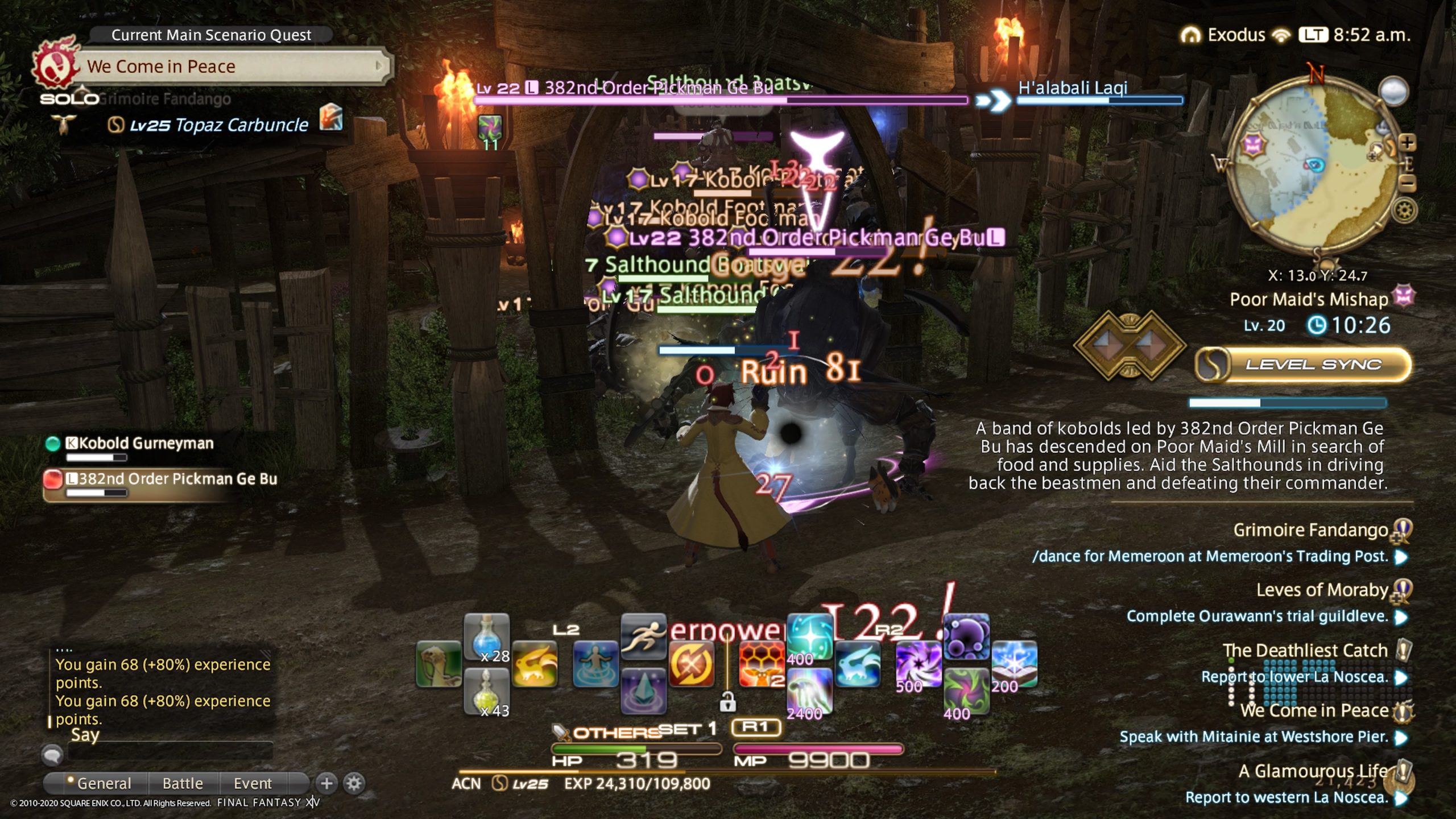 The user interface feels cluttered and crowded in FFXIV, since there are so many things to toggle. Quest, map, combat buttons, chat box, various hotbars—they all occupy a lot of space on the screen. I use the minimal style of display but still feel clutter and chaos, especially during dungeon and crowded events. 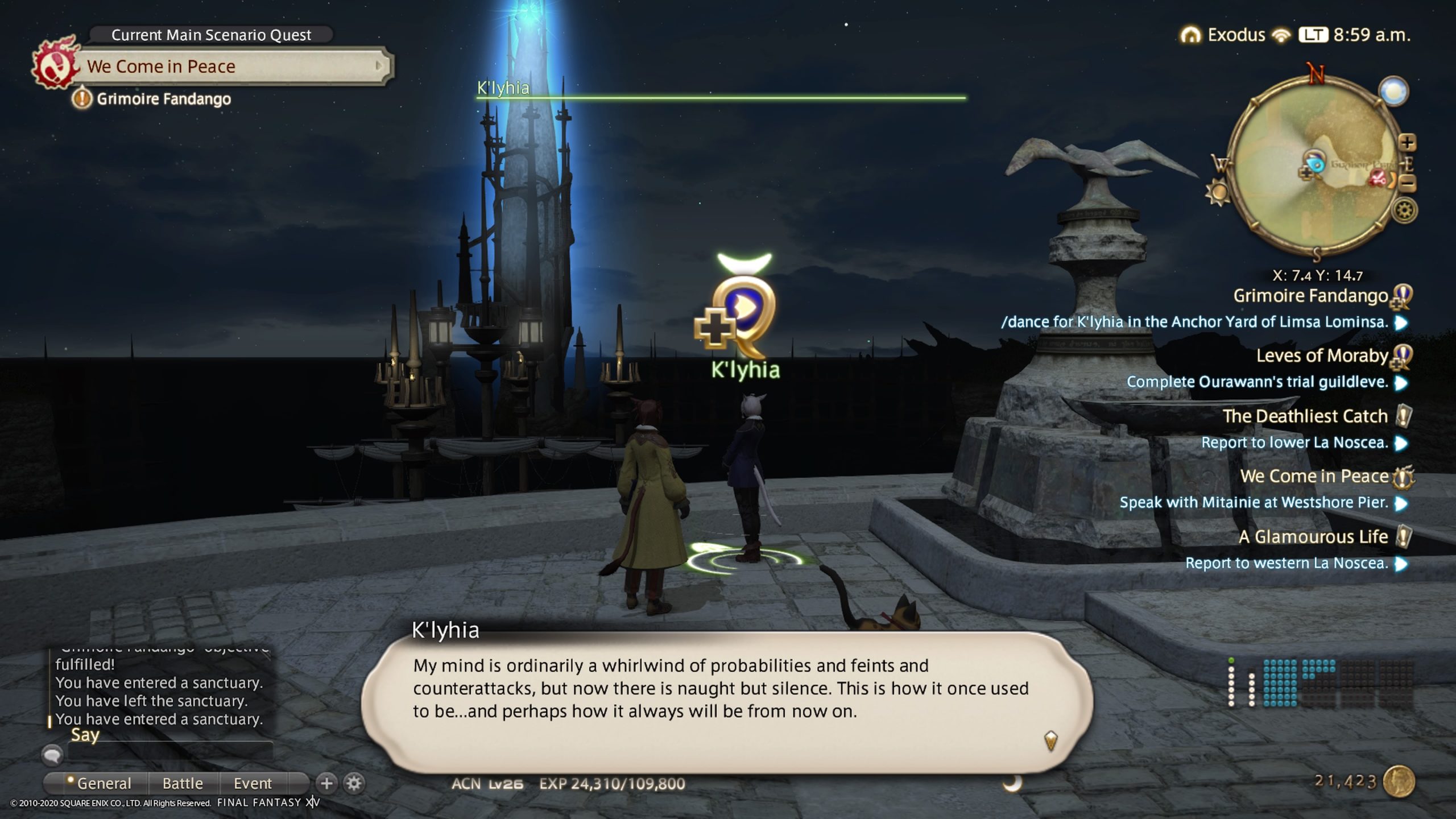 I love the voice acting in WOW, GW2, and ESO very much. I was disappointed to find out that FFXIV only has voice acting during a few important cutscenes. It gets very tiring reading all of the text in this game.  The story is good, but its lack of voice acting certainly reduced my interest and engagement along the way. 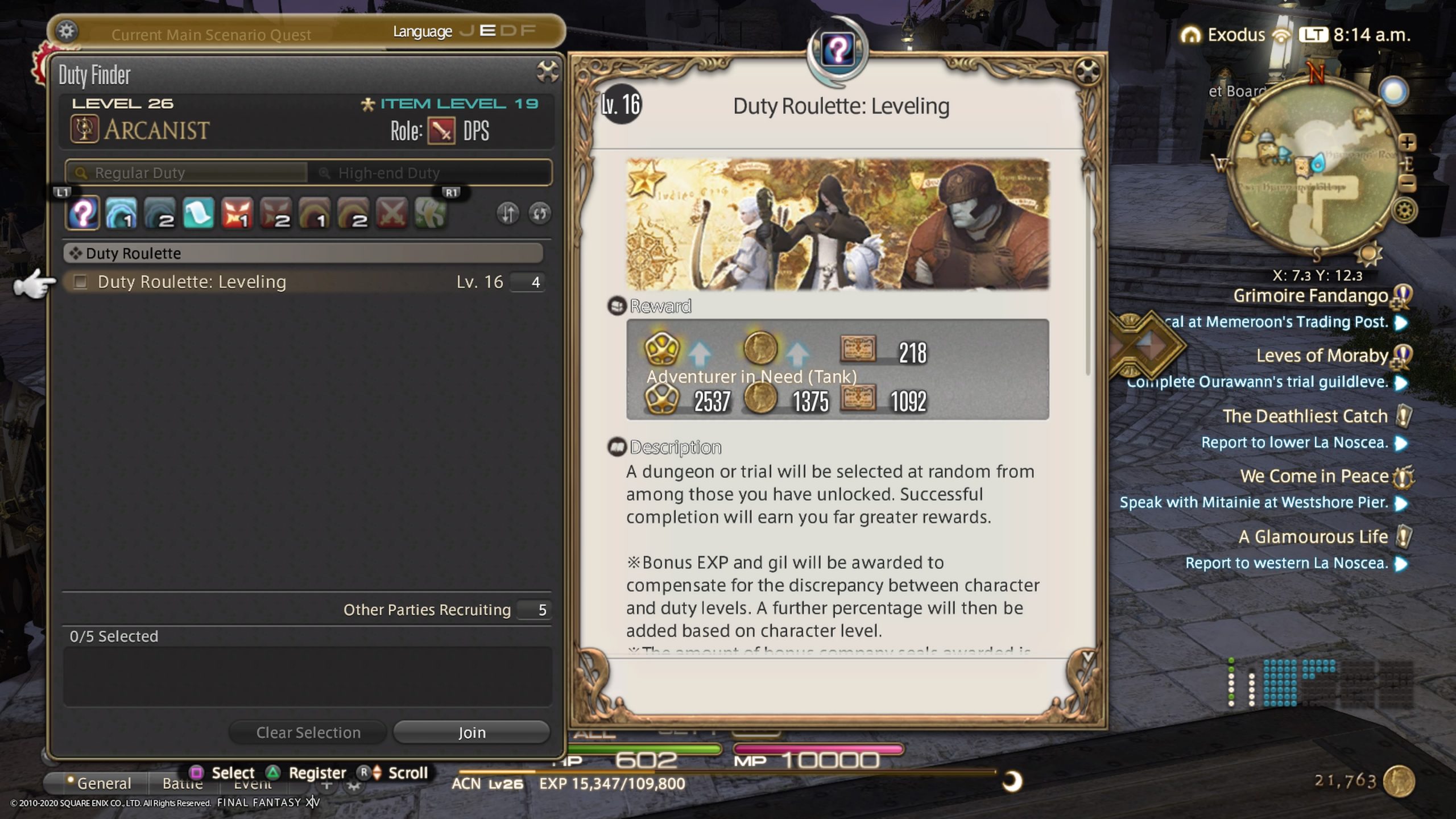 From this perspective, FFXIV takes on a very classic JRPG style given its minimum sound effects and lack of VA for the in-game dialogue. On the other hand, the music is not necessarily bad, but it seems very repetitive. 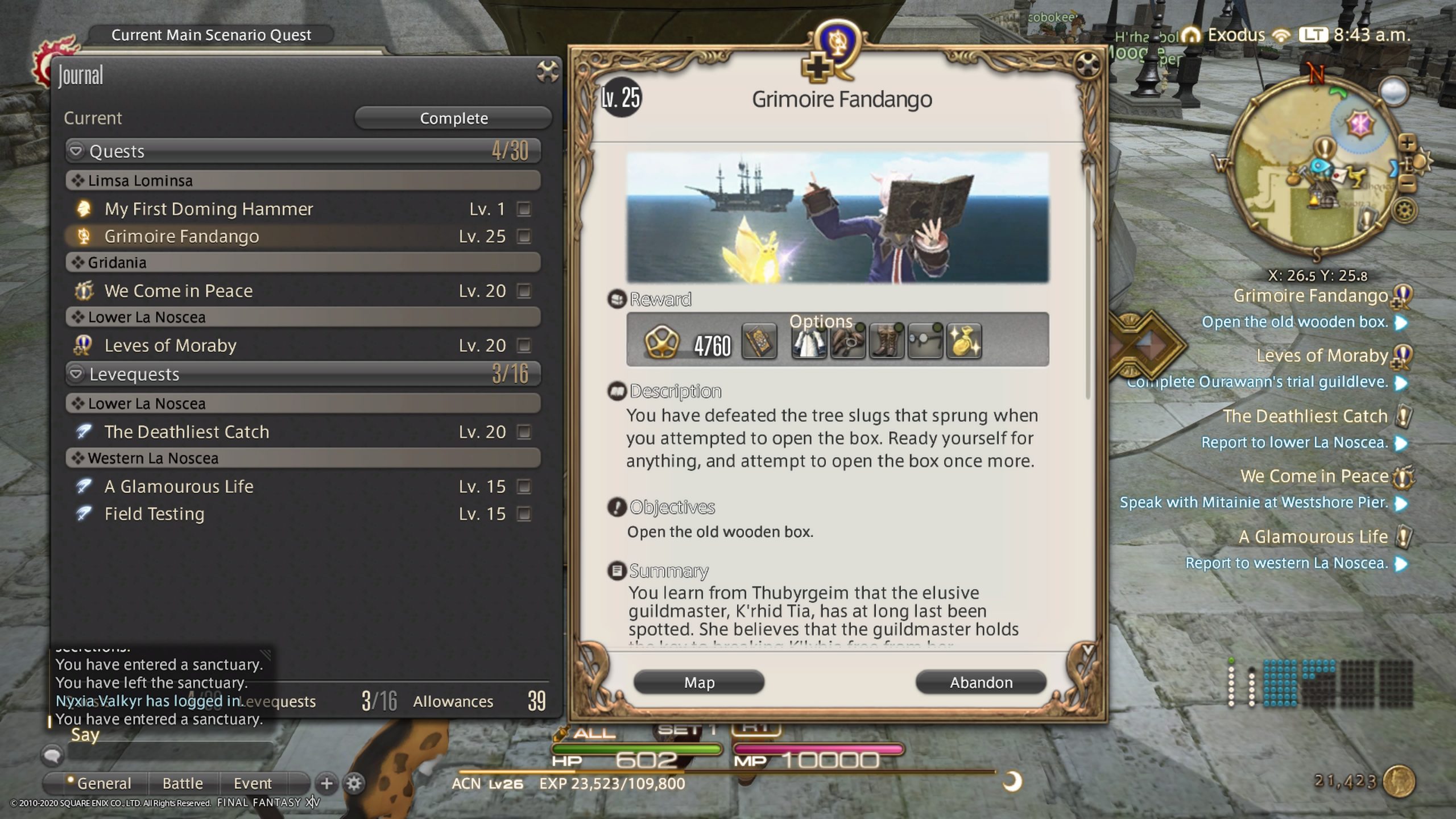 Fashion is cool, but it feels like something you have to earn or grind. You can only get clothing gear from quests and vendors. Therefore, you can easily tell who is a novice by their clothing appearance—generic, boring, and colorless. I much prefer the diverse styles from other MMOs. I don’t want my character to feel embarrassed among those fancy pants! I have have to work hard till the endgame just to be considered presentable. 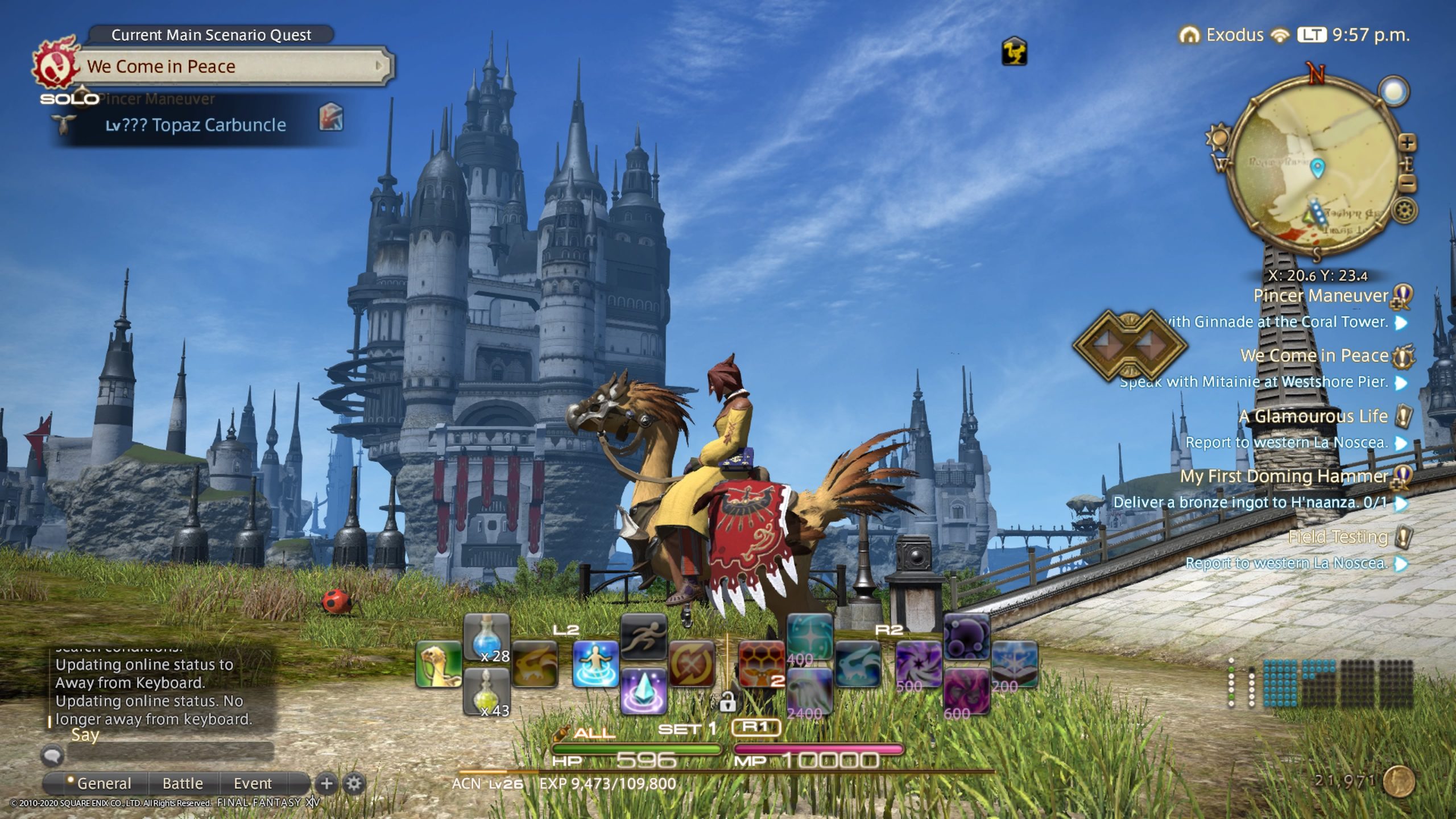 Mountd and petd are common in MMORPGd nowadays. The Chocobo is your first mount to get in FFXIV. A cute kitten and puppy are your first pets in your collection as well. Other than that, FFXIV does not have many mounts or pets that really catch my eye, especially compared to other MMORPG games. 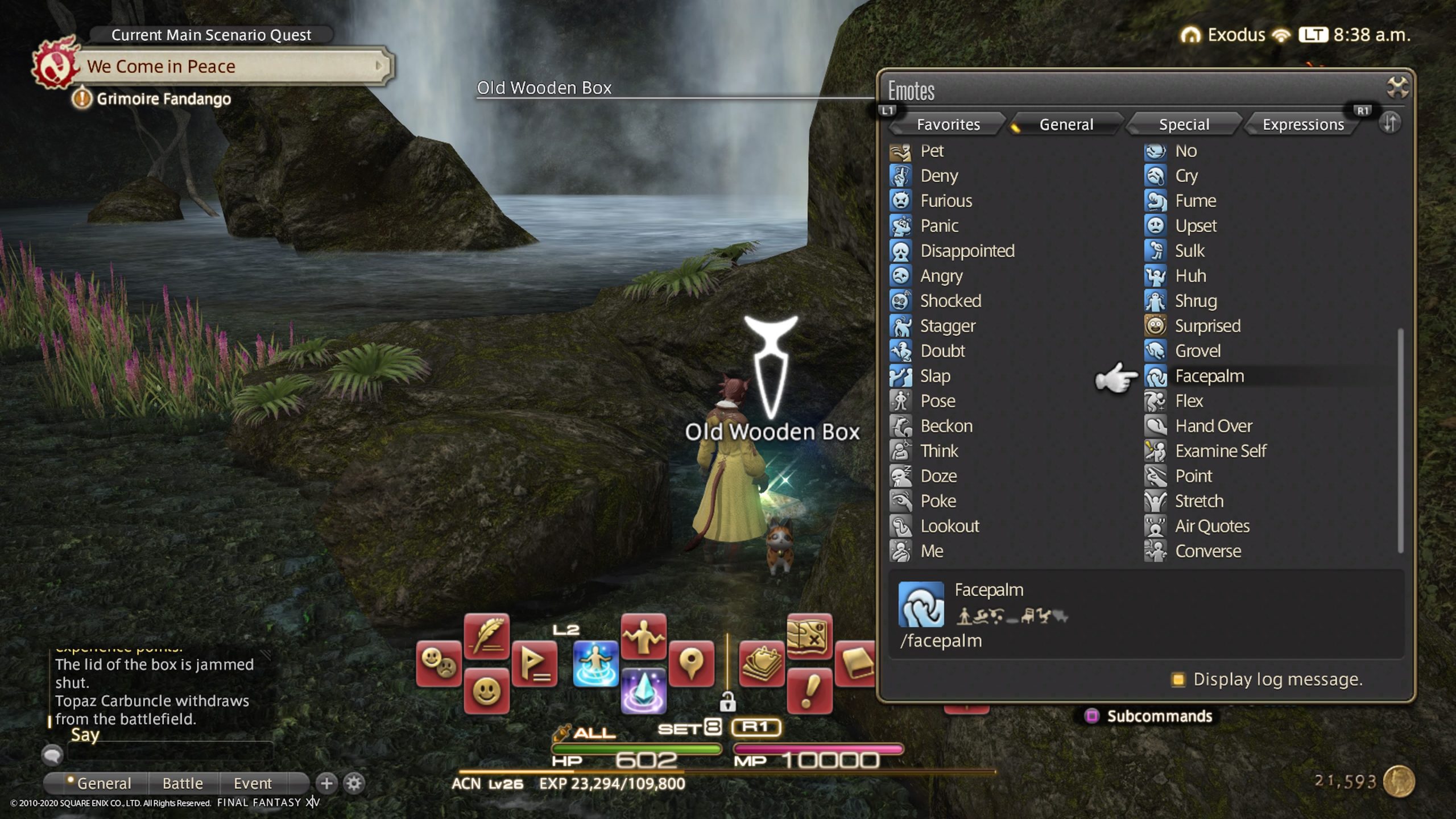 FFXIV does have things that other MMORPGs don’t provide, like a giant theme-park like mini-game gathering place called Golden Saucer. You can play and meet with friends there, like a hub. You can purchase a house and fill it with all sorts of stuffs that you could imagine from the real world or fantasy universe. You can level up all the available jobs and professions within one character. You have the most amazing Japanese emojis in the world. You can cross-play with PC and console players. 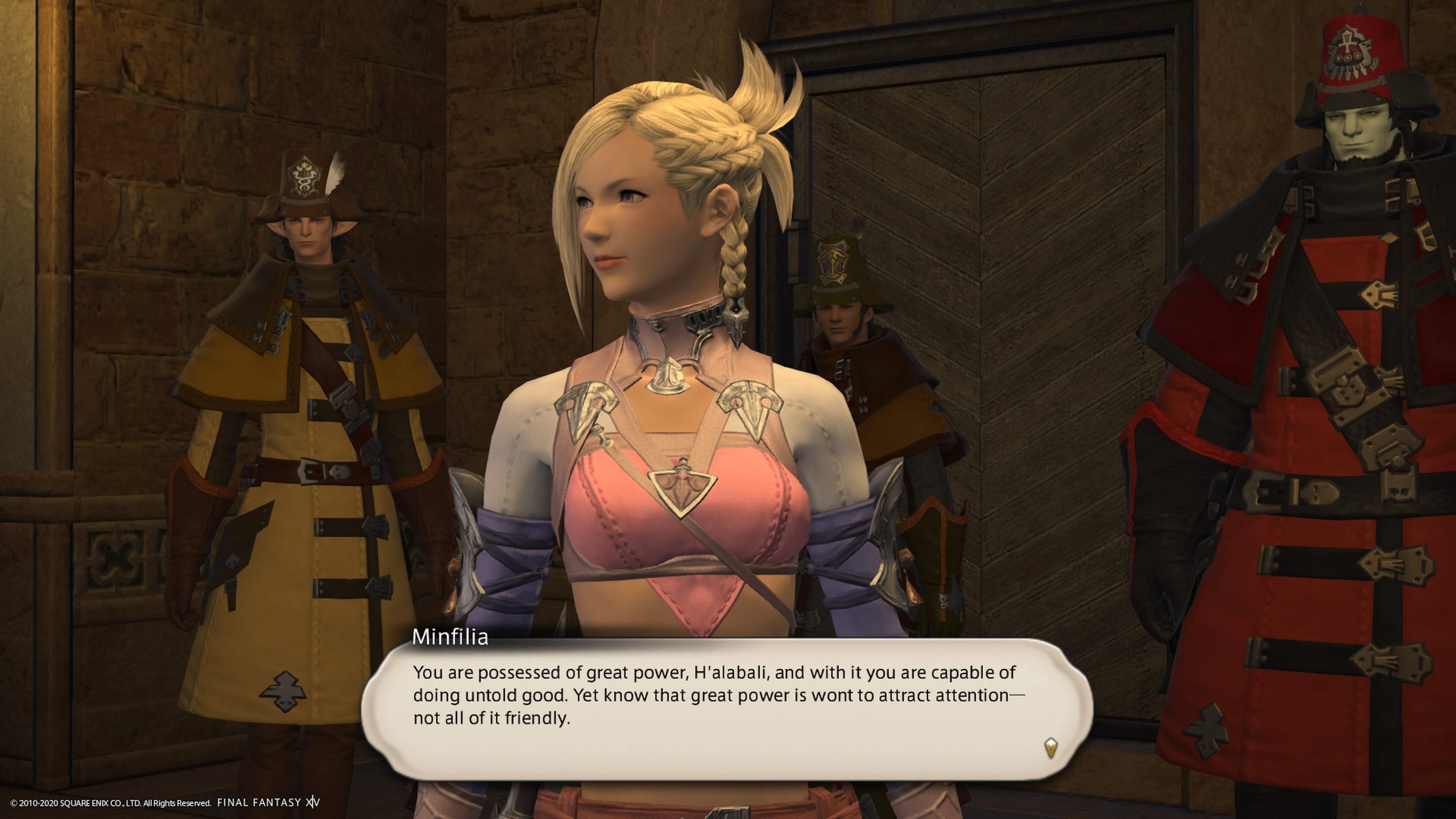 Did I mention that FFXIV is a monthly subscription based game? Yes, you have to pay $15 per month to keep playing. Well, it feels and works like WOW, but WOW may provide better and richer content. You can spend $15 totally optional on ESO and get 1650 game store currency as reward. Even though FFXIV is fun and unique, I am afraid the $15 is better spent elsewhere. 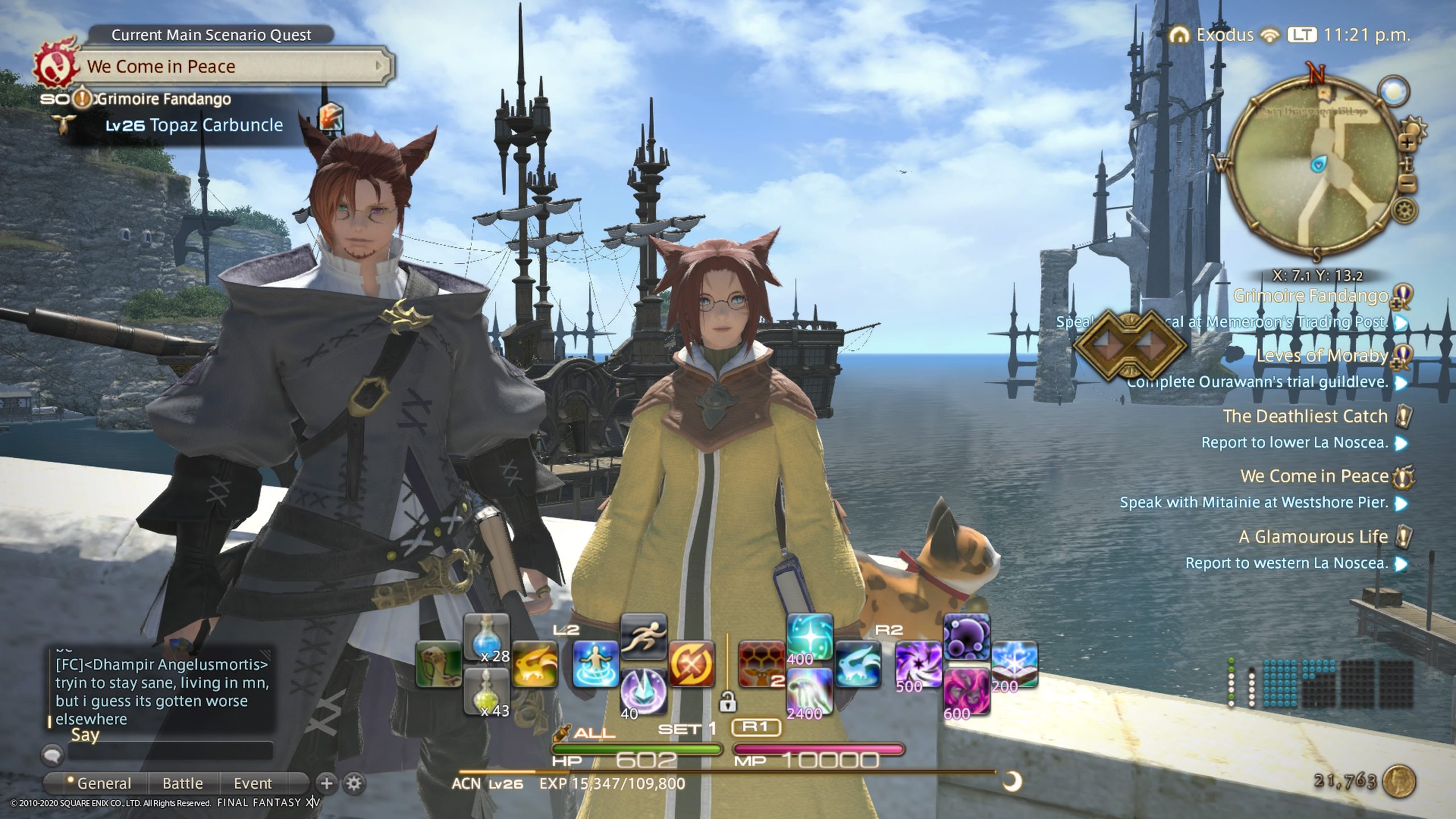 In a word, should you play FFXIV? Yes, I think it is worth a try! But whether you need to spend $15 to subscribe every month, that is your decision to make depending on what you are looking for in MMORPG.

If you are a super fan of Japanese or Asian culture, it is worth a try for this unique MMORPG. However, it may be a bit expensive to subscribe every month for $15.