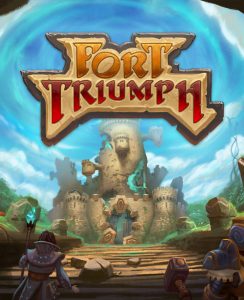 Since I first started playing Dungeons & Dragons a few months ago, I’ve grown to appreciate the impact it has had on video games. I now understand where the idea of character stats came from, how much the numbers are involved in the gameplay, and hidden dice rolls. The world of tabletop and its digital equivalent are closely linked together in many ways; Fort Triumph is one such video game that demonstrates this fact.

Fort Triumph is the third release in a tactics  that has recently benefitted from two other big-name video games releases recently. While we had only just heard of XCOM: Chimera Squad before its release, the highly anticipated Gears Tactics has come out on PC as well. For you hardcore fans of the genre there is a chance you might buy all three, but the rest of us will have to decide which one is more worth our time and money, If you fall into the latter, that is why you are reading this now—is Fort Triumph worth it?

Spiritual Content: Fort Triumph in a fantasy setting. Players will control and face off against characters such as Elves, Goblins, and more. Magic abilities are something that the player will have to use when using the Mage characters in combat and face enemies that use the same kind of abilities. Fictional gods and religions also exist in the game.

Violence/Crude Humor: In Fort Triumph, players take control of a party of characters and command them to attack enemies with long and close-range weapons. The environment can be utilized in such a way that it might be considered crude humor. Players can kick/drop trees on enemies, push them into or squish them with large rocks, and use other objects in the same way to defeat their enemies 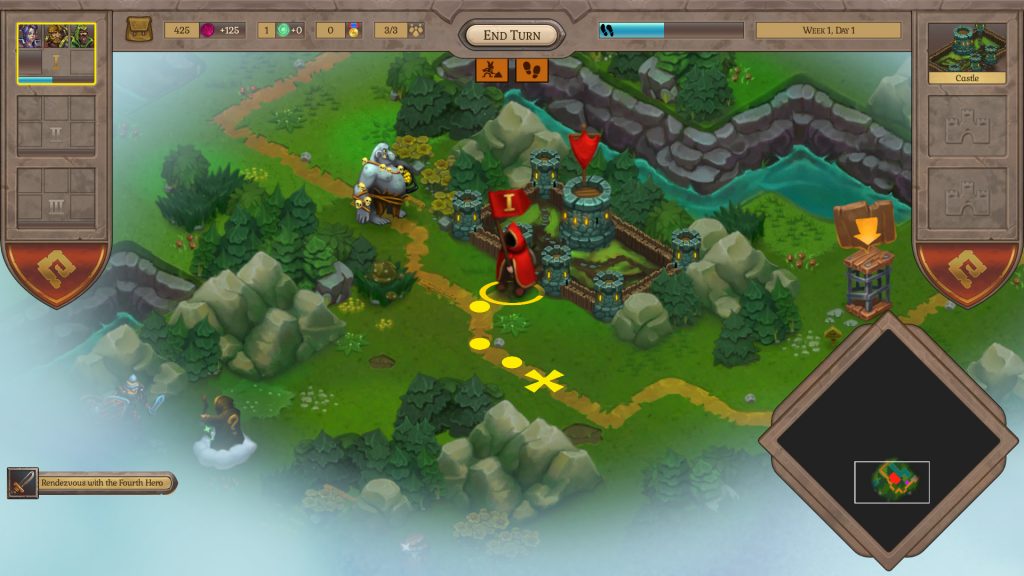 Ready to start the adventure!

In Fort Triumph, the story starts in a tavern, a stereotypical place to start a new D&D campaign. A narrator(in a DM-like fashion) introduces us to four party members—a Paladin, a Ranger, a Mage, and a barbarian. All with their own motivations, they decide to join forces and take on quests to build up their reputation and make some gold. The plot of Fort Triumph is simple and sets the stage right away. Before it gets started, there is an optional tutorial for new players to the genre.

Players that have experience with XCOM and Heroes of Might & Magic will feel at home very quickly. Combat takes on the traits of XCOM, but with the unique spin of using the environment to your advantage. The elements from Might & Magic are seen outside of combat as you can build upon your town for upgrades and explore an open world. The layout of every battle along the open world is also procedurally generated, which adds some more variety to each campaign. 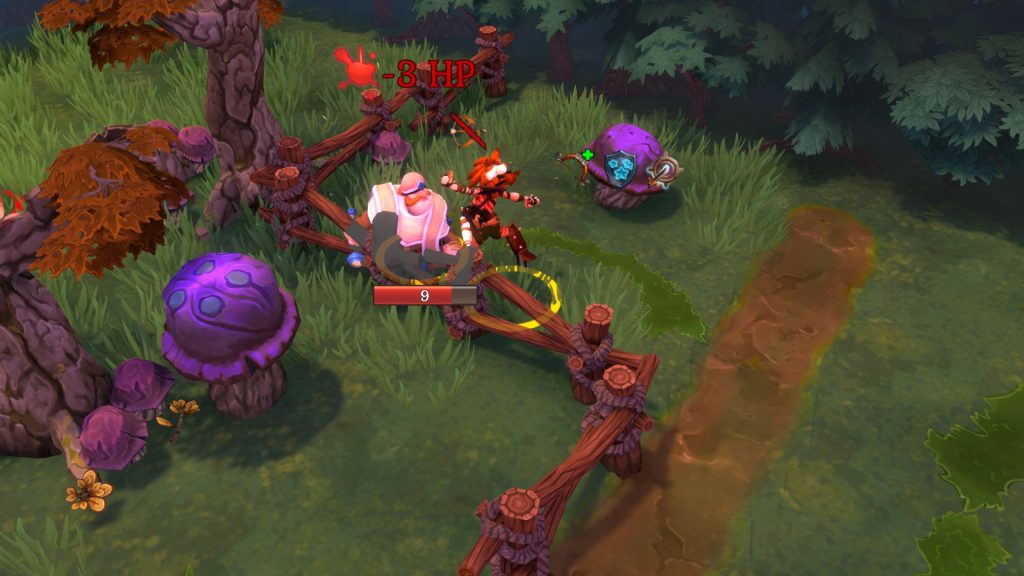 Getting up close and personal with the Barbarian.

The world of Fort Triumph is built on a cartoon-like aesthetic from its visual presentation to the dialogue and gameplay. However, the cartoonish graphics look jagged and give the game a generic look. There is also a depth-of-field setting that you may find yourself turning off quickly as it doesn’t fit the graphical style. The fully voiced dialogue gives the game more personality with some laugh-worthy interactions between the characters in the story. However, I eventually got to a point in which I was skipping dialogue frequently. The art style and unique personality is what brought me in, but ended up feeling rather underwhelming.

The tactical combat is what kept me interested in Fort Triumph. As I previously mentioned, the game encourages the player to utilize the environment to get the winning edge in battle. Every character class has their own way of using the objects on their enemies. The Paladin can kick enemies into rocks and trees, and vice versa, by squishing them, the Ranger can do the same but with his grappling hook, and the wizard can also do so with her whirlwind ability. Injecting humor and personality into the gameplay to keep the formula feels fresh and unique and was a great move on the developers’ part that created some funny encounters. 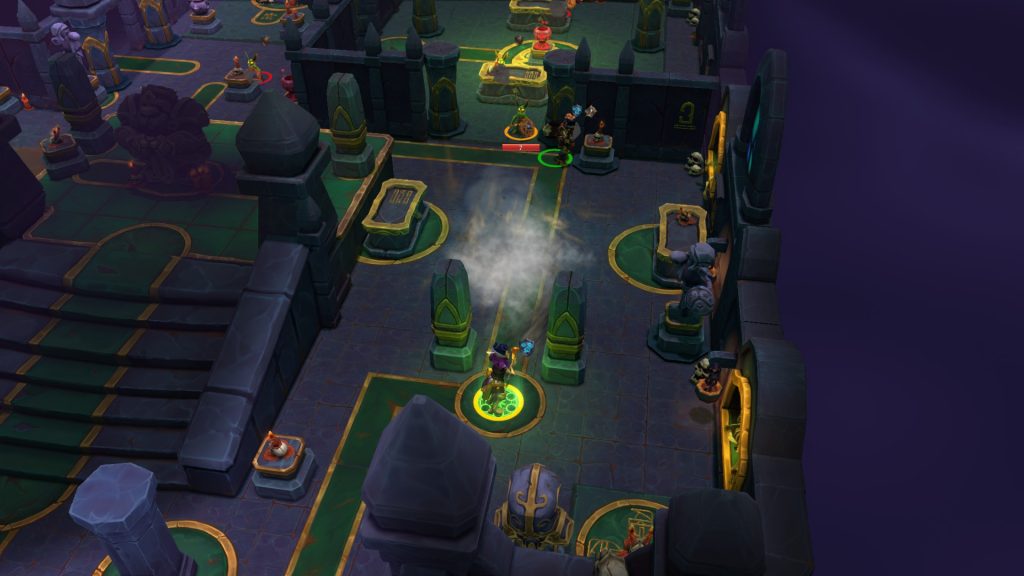 Blowing my enemy away created an attack of opportunity for my party member.

XCOM players will be happy to know that the game also pulls no punches. It can be just as difficult as those in the genre that have come before it. I vividly remember an encounter where I only had one party member, and an enemy used the environment just as I would’ve done and kicked me around until there was nothing left. I ended up turning down the difficulty, or else I would’ve been stuck in that battle forever. I don’t consider the challenging difficulty a bad thing since that is what people want out of these games, but there are settings for whatever kind of player you are; that includes permadeath and an Iron Man mode.

I wish I could speak to the open-world segments more since I have not played the source material in which this part of the game was inspired by. It took me some time to figure out how this part of the game worked, which was discouraging. Although, this part of the game became much more fascinating when I realized how it operated. Though I was exploring the world as a party would in a campaign of D&D, it was interesting to know that action faction and its parties were doing the same. Once I was able to upgrade my fort and gain some more currency, I began recruiting more heroes and had multiple parties moving around the map. 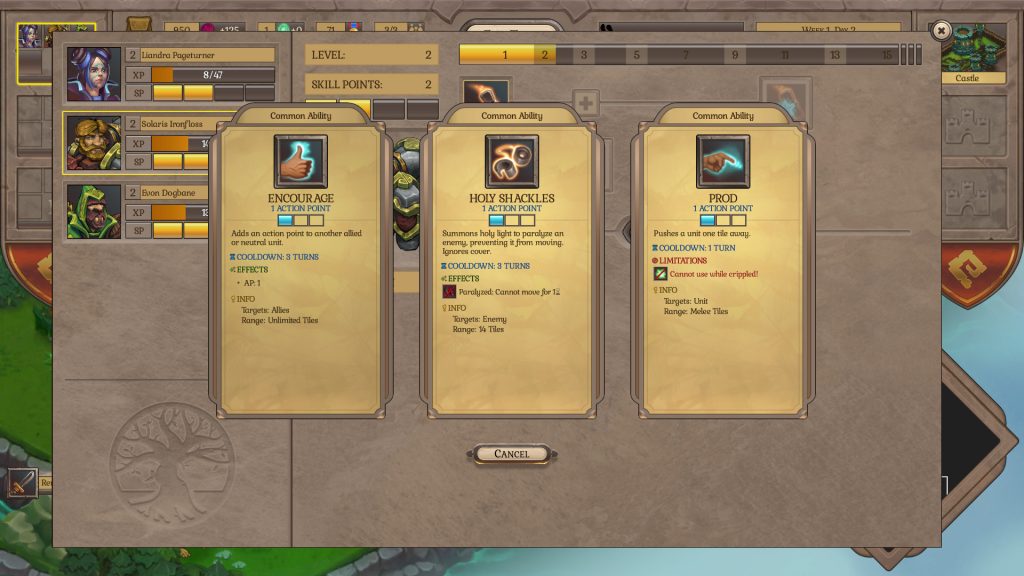 There isn’t much variety in character classes, but there are three more unlockable factions and a handful of different environments that can be unlocked later. Sadly, those factions are reskinned models of humans and goblins. A skirmish mode is also available for anyone that quickly wants to jump right into a campaign without the story elements. If Fort Triumph is your cup of tea, you’ll find plenty of content to satiate your thirst.

During my time with Fort Triumph, I discovered that there is an enjoyable experience, but it also falls short. Thankfully, the fun gameplay makes this experience worth coming back to. For players that enjoy a fantasy setting, this is a game you might look into—especially if it comes to more platforms. For some of the more seasoned tactical strategy enthusiasts, you may want to look elsewhere. It took some time to get there, but I have enjoyed my time with Fort Triumph and would be putting more time into it if there weren’t so many heavy-hitting titles that have released this season.

Fort Triumph may be lacking in a few areas, but makes for an enjoyable experience if you enjoy the fantasy setting while a more hardcore audience can look elsewhere.