The Horizon Is Yours 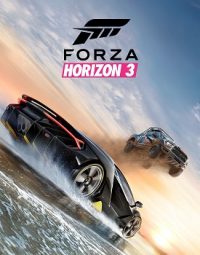 I want to start off by saying that I am not a hardcore racing fan, but I have played a few racing titles like Grid, The Crew, and a few Need for Speed games. I am not very good at them, but they are a nice break from all of the third-person action games and first-person shooters that I usually play. I got an Xbox One back in February and hadn’t played any of the Forza games until I picked up Horizon 2 a few months ago. It was then I got to experience all of the great things I heard about these video games. I grew excited for Horizon 3, and months later I now have the pleasure of bringing this review to our audience.

With an E rating, Forza Horizon 3 is pretty light on negative content. There are only a few things that younger players and parents might want be aware of. The first is within the lyrics of a few songs in the game. Some contain sexual themes or drug/alcohol references which probably does not come as a surprise these days. The other concern falls into the ESRB category of “Mild Violence.” Some multiplayer modes encourages players to crash into each other and destroy the vehicles of their opponents. On the bright side, vehicular damage is very minimal compared to some other racing titles out there. 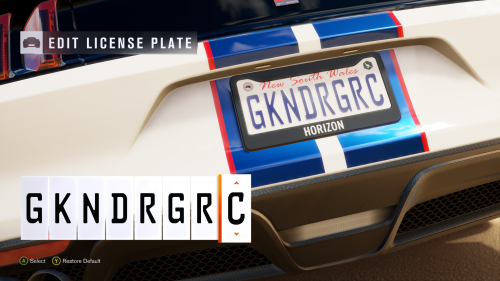 When given the option to do so, I’m going to represent

Fans of the series have asked, “What can the developers do to improve on a formula that is already so great?” Playground Games upped the ante by making players director of the Horizon Festival. The goal is to grow the festival into the largest it has ever been. You will be gaining more fans as you continue to earn experience and cash as usual. This new role for the player means that nearly every event is customizable from the ground up. Known as “Horizon Blueprints,” you will determine the number of laps, weather, time of day, the name of the event, and the car theme. As the festival starts to grow you will even have the chance to customize entire championship events. If you don’t feel like making one yourself you have the option of playing custom events created by other players. 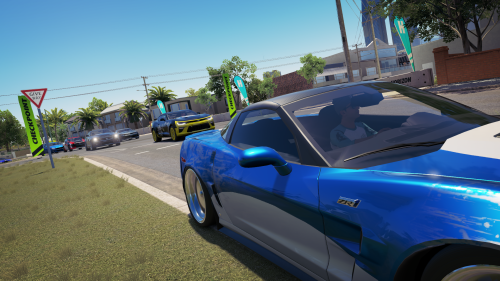 Leading the pack in a Championship event

Since the game has not been released to the masses, I have not had a chance to explore the online features very much. There was actually a few scheduled events for the new co-op adventure mode that I was not able to attend. A new change I do see potential in concerns the additions that were made to the Driveatar system. Players can now hire their friends or other racers and form a team. The amount of time and experience these other players have put into their careers will give you a bonus increase towards your fans and growth for the festival. My guess is that the fruits of this will be seen when players continuously put some hours into the game, so It may be time to let someone go if they have stopped playing.

The rewind button is back again for those like me who are absolutely terrible at the game, though I find myself using it less as I progress and learn the way each car controls. The gameplay is still super fun and addictive. There is a bit of a challenge but not in a crude or unfair way. The Barn Finds that contain rare hidden cars are here again along with the Bucket List and Showcase events. The two hundred-something number of cars we had in Horizon 2 has been increased to a large 350. Everything fans have enjoyed about the series is still here, including its spirit. The Horizon entries in the Forza franchise are fun-spirited rather than the thuggish street racing theme that most free-roam racing games take on these days, which is something I dearly love about the series. 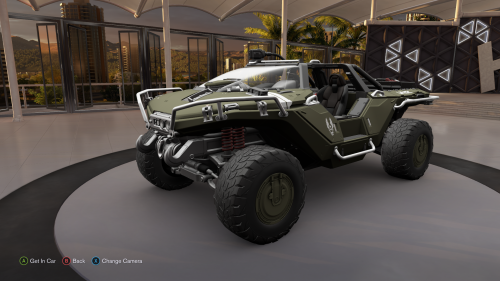 With so many cars I have barely dipped my feet into this large pool of options we have this time around. So far I have really enjoyed driving a 2013 Mercedes-Benz. It is not overly fast but handles so well that I reached an unimaginable level of serenity as I raced through Australia. The map and number of tracks is so vast, I have yet to see everything. My favorite areas to race in are the wilderness and outback; there you will find many wide turns to cut through. These locations are where the graphics really stand out as well.

When starting up the game, it does not take long for you to see that it looks absolutely gorgeous. I am not sure how, but it manages to look even more stunning that its predecessor. This might be due to a new dynamic lightning system that was used. It has been said that a team of people were actually sent to the Australian outback to film the sky in every weather condition and time of day. They actually had to build a sky from the ground up to get that realistic lighting, such as the way the sun hits your car to the way it shines along a wet road just after it rains. If this is not one of the best looking racing games I have ever seen, it is surely the best looking racing game of all time. 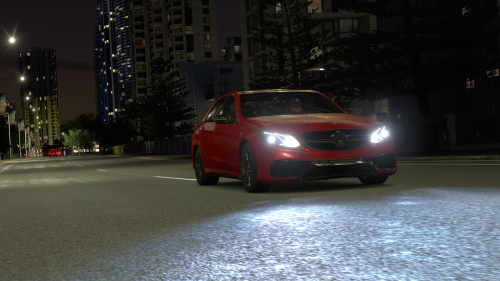 The lighting effect even works great at night, because all you have is your headlights

There is one final piece of information I’d like to mention for those who may not be aware. Forza Horizon 3 is one of the first games that includes the “Play Anywhere” feature that was promoted during E3. This means that if you buy it on Xbox one or PC, you now own it on both platforms. Your save date also seamlessly carries over from one to the other. If one device is being used by someone else you can head over to the other one and continue your progress there. Right now, the only other games that include this feature are ReCore, Killer Instinct, and Ark: Survival Evolved.

There was a time in my life when I thought racing games were a lost cause for me, and now I own all three of the Horizon games thanks to Games With Gold this month. I have found myself recommending the Forza franchise to friends and family that are into racing video games. I promise you will find nothing better than the Forza games. Playground Games has caught lightning in a bottle once again. They have raised the bar very high with Forza Horizon 3. Though I have put many hours into the game, there is still much more to see and do in the outback of Australia.

The Forza series has lately been the top dog in the racing genre. That has not changed with Horizon 3. Stunning presentation along with solid gameplay make it a well-rounded product that even casual racing fans will enjoy.