G.I. Joe has a rich history. From comics, movies, and games to numerous action figures it has long been a staple for action fans all over the world. With this latest game release, players are thrust into a conflict with Cobra; a devastating attack and subsequent blackout leaves the G.I. Joe forces depleted, so Duke and his team must reunite with their scattered troops. But does Operation Blackout live up to the expectations of hardcore fans? How does it stack up against other team based shooters? Read on to find out. 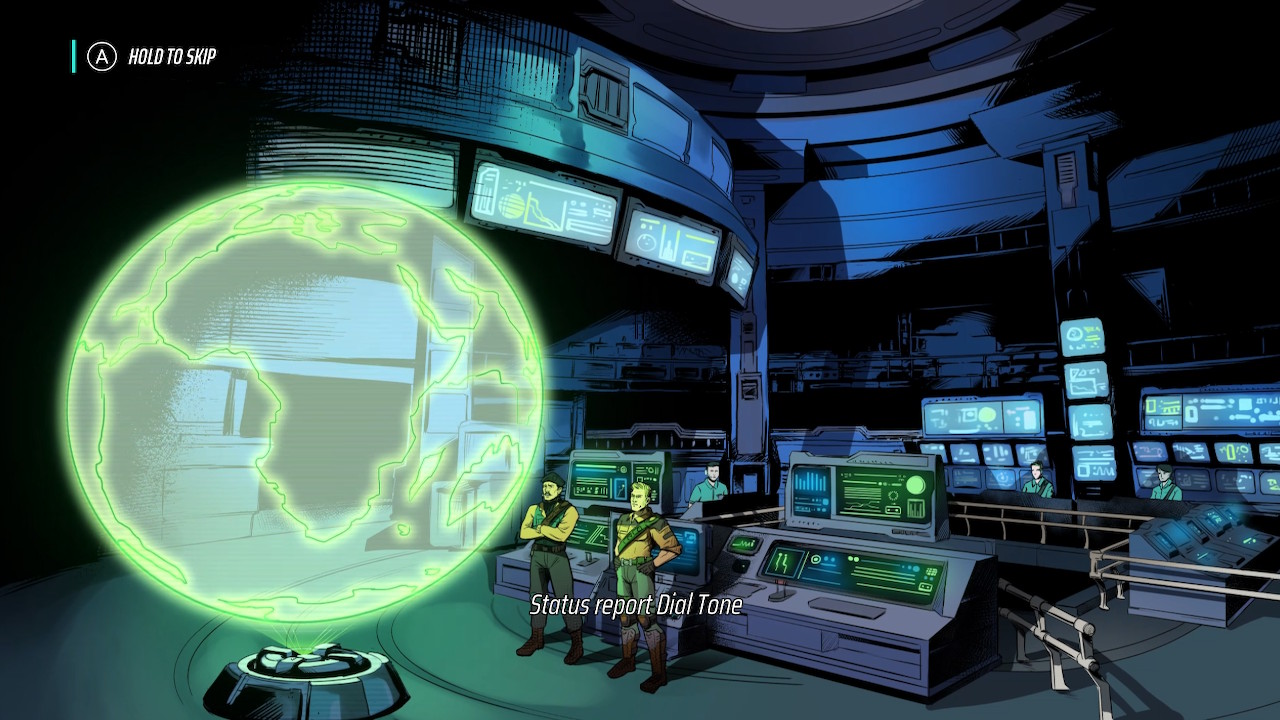 Pretty much sums up my feelings about this game…Dial Tone!

Violence: Enemies just fall down with no real blood or gore shown, typical from what you find from a T-rated game.

Drug Use: Some characters may be smoking a cigar or something along those lines, but there isn’t really anything beyond that

Sexuality: For the most part, the female characters all dress conservatively, but on the Cobra team there are some skin tight leather suits for the women. 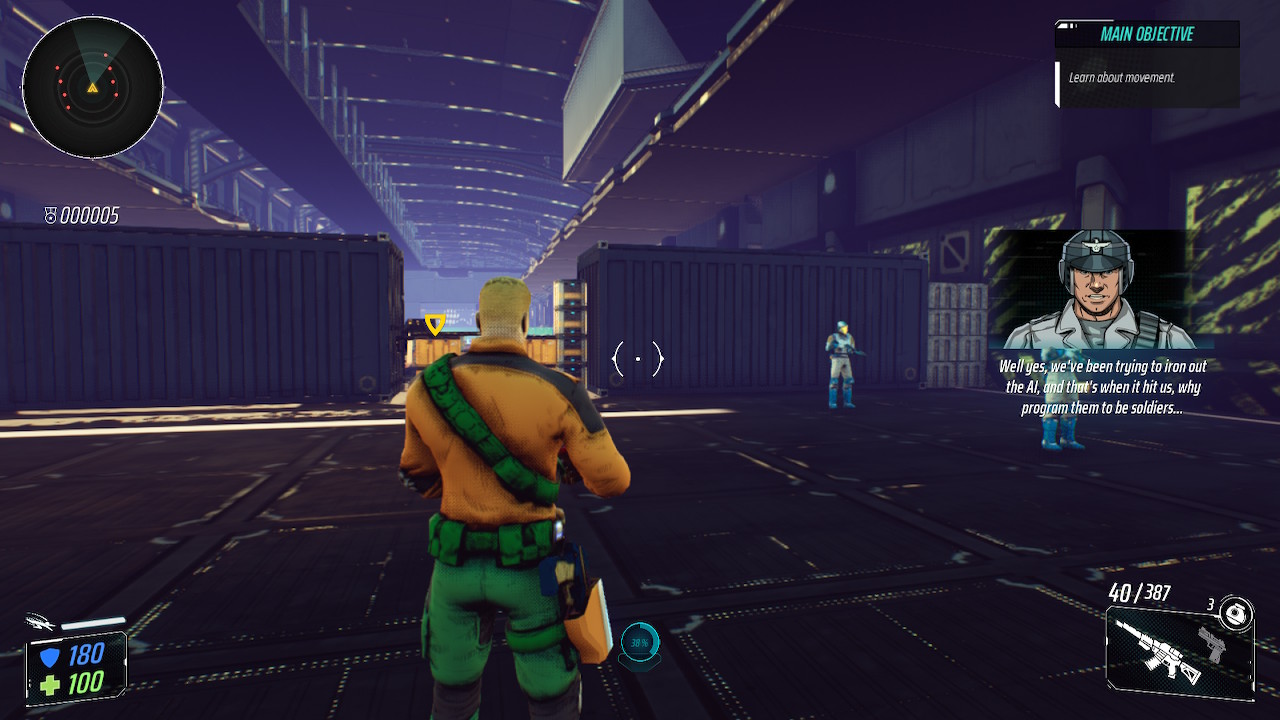 Where do I start when talking about G.I. Joe Operation Blackout? It’s a hero shooter released in 2020 without online multiplayer. It’s also not a very good game in general. Players can play the campaign solo or via local co-op with a friend or family member. There is also a PVP mode featuring 4v4 matches in familiar game types like King of the Hill, Capture the Flag, etc. 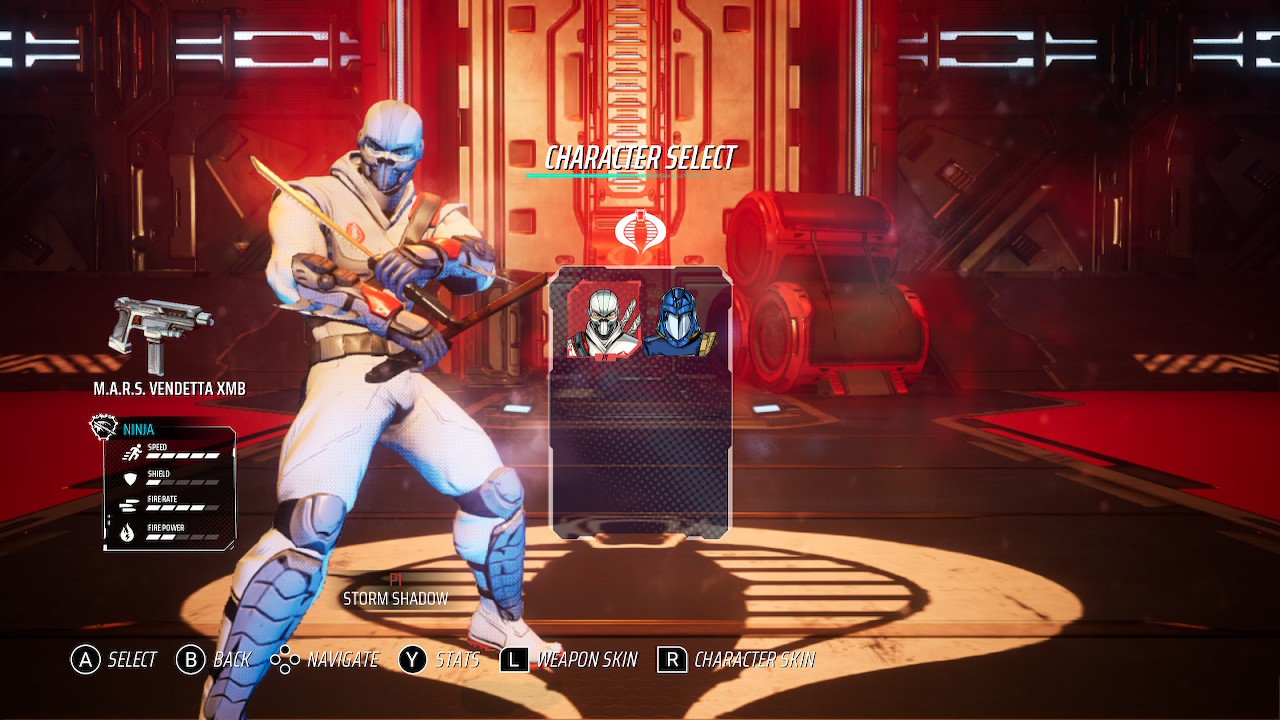 Before each mission, players can choose between one of two characters along with any earned character or weapon skins.

While the story of the campaign is your typical G.I. Joe affair, it’s hard to stay invested in the story and characters when the game itself is such a slog to play through. For starters, on Switch, there doesn’t seem to be any option for Gyroscope aiming, which is crucial when trying to play in handheld mode. Without gyro controls, players are left fighting with a very wonky and unruly aim sensitivity with which I never could find a sweet spot. Hearkening back to the days of single stick shooters on N64 or even some of the 3DS shooters, I had to resort to strafing back and forth to line up the best shots on enemies. However, enemies also strafe wildly, so even with the aim assist option on it’s still hit or miss when trying to land accurate shots. This is especially annoying when being swarmed by larger groups of enemies.

Visually, the game on Switch looks like something better suited for the Wii, with an abundance of muddy textures and visuals when playing both docked and un-docked, barring one exception in the form of beautifully animated cutscenes which look as if they were ripped straight from the pages of the G.I. Joe comic. As far as how it runs, the game remains mostly stable…unless players get swarmed by enemies, in which case the frames drop to a point where the game stutters on the Switch. 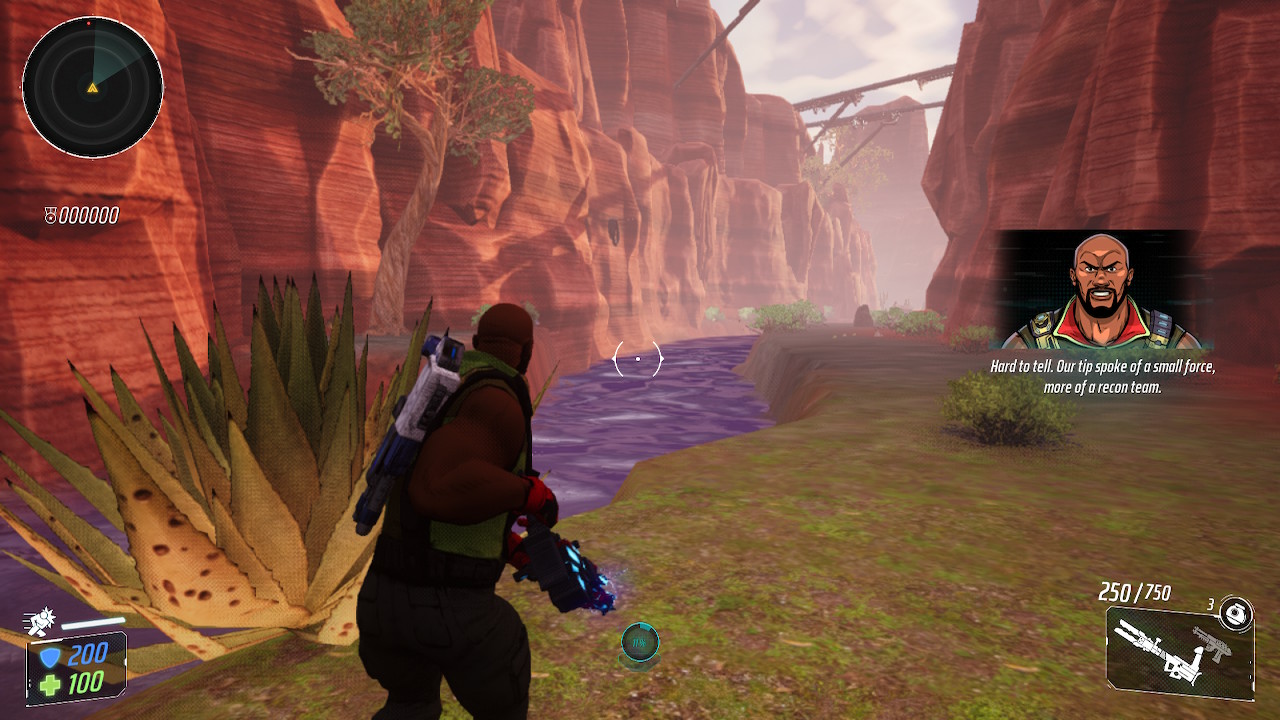 I am usually one to give a game’s visuals a pass, especially in favor of the gameplay, but considering how bad this gameplay is, there is no excuse for visuals that look like this in 2020…even on Switch.

Before loading into each level players are given a choice between one of two members of Team G.I. Joe or Team Cobra. Missions range from capturing locations and defending them from waves of enemies, to hacking a computer while a timer ticks down. It’s standard third-person shooter stuff, only not done nearly as well as its counterparts.

To add to the frustration, players will face off against a boss at the end of each level and these often produce rampant difficulty spikes where you end up fighting more with the wonky controls and finicky aiming than the boss itself. Due to those terrible aiming controls, it’s almost impossible to prioritize fodder enemies over the bosses, which makes getting swarmed and overwhelmed the most likely outcome in these battles. Each character has their own set of weapons and abilities to contend with, including bosses, but ultimately just shooting wildly while strafing around like a headless chicken will get the job done in most cases. 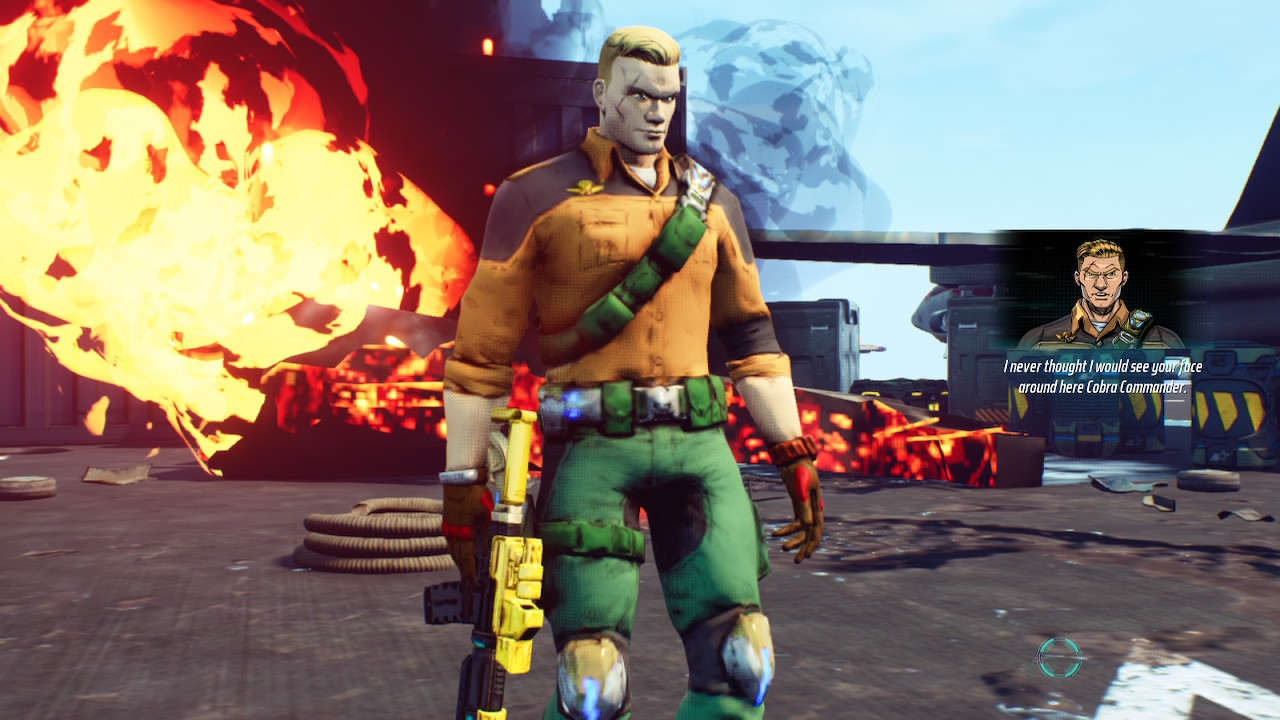 Duke is one of the first bosses you fight as Cobra. Instead of a multistage boss where you have to tackle weak points before being able to do real damage he basically just runs at you non stop while strafing around unpredictably. This is how most boss fights go in Operation Blackout.

Despite this, there are a few standout moments in the campaign where players get to engage in some on-rails vehicular combat. These sections resemble Star Fox, as opposed to the on-foot gameplay which felt like pulling teeth after just a few levels in. For players that do want to stick it out, doing so is worth the trouble as there are numerous hidden collectibles throughout each level. These range from comic panels and concept art to new skins for weapons and characters. It’s a die hard completionist’s dream, especially if they’re also a G.I. Joe fan. New skins are also earned from completing each level as one of the two chosen characters, so there is some light replay value with the incentive to play through the levels again as the other character to earn their alternate skins. 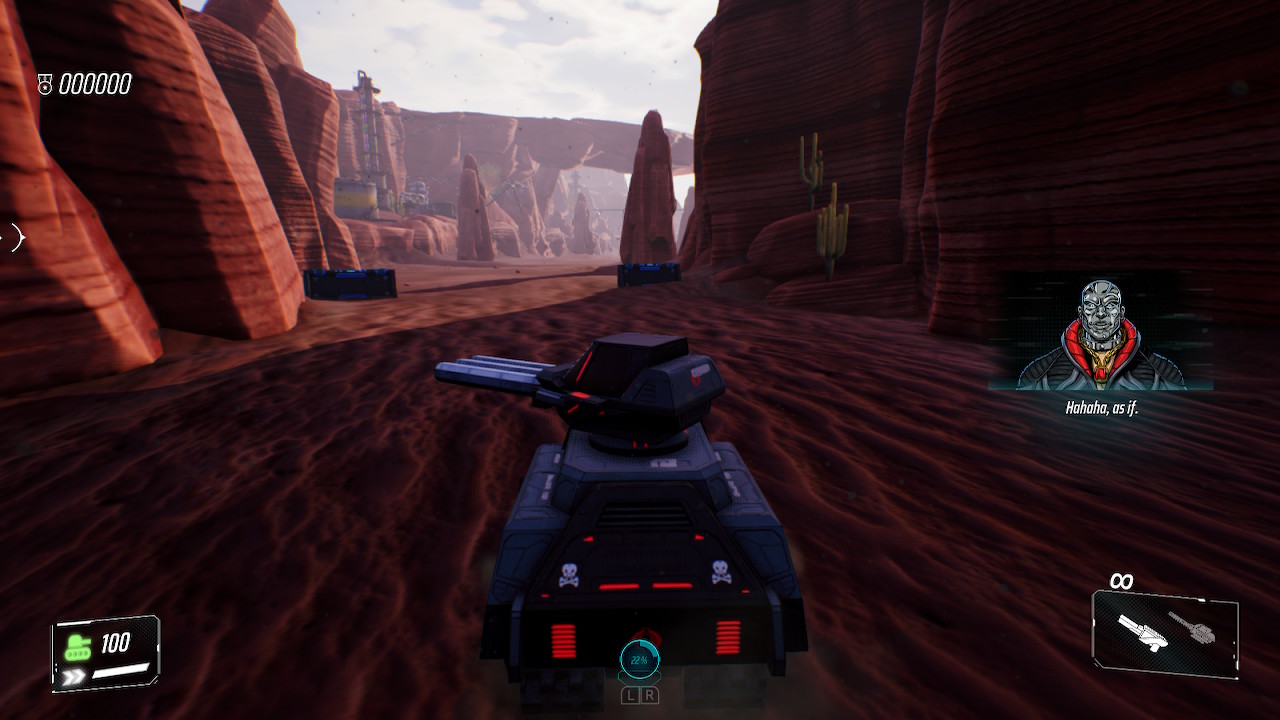 The level where you roll through a canyon in a high powered Cobra tank was the highlight of my time with Operation Blackout and the most fun I had with the game.

This brings me to the other major issue I had with the game which is that, with no online multiplayer, there is seemingly no point to the alternate skins for characters and weapons, as the only folks who will ever see them are the friends and family that you con into playing this game with you. Regardless, there is quite a robust assortment of modes and options for a multiplayer mode that is exclusively offline. However, all these options just don’t make sense when most of the marketing for this game indicated it would be more in line with something like Rogue Company but with G.I. Joe flavor. As it is, this game feels more akin to a rip-off of the OG Star Wars Battlefront games, only with worse gameplay and arguably worse visuals. 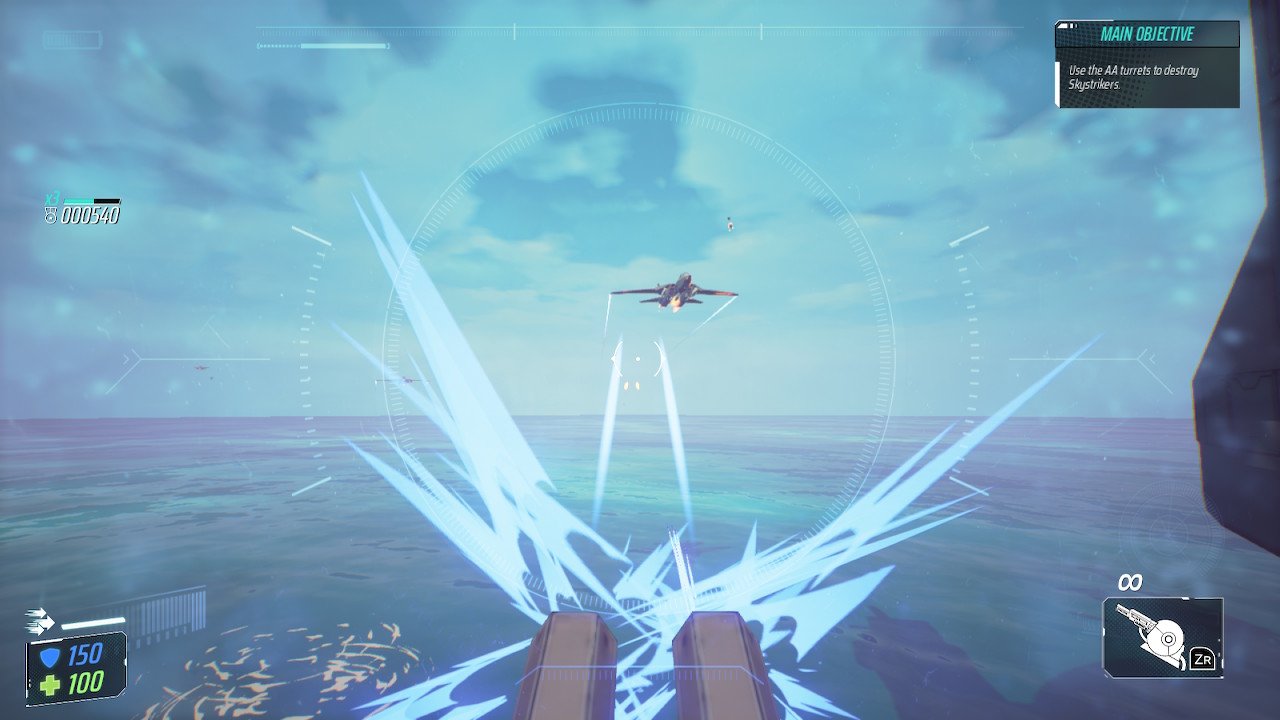 Moments like this and on rails tank sequence break up the otherwise monotonous and infuriatingly clunky on-foot gameplay.

In summation, only the staunchest G.I. Joe collectors and fans need bother with this game. At its core, it’s a serviceable hero shooter, but the odd decision to leave out any kind of online multiplayer, even just for the co-op, is baffling for a game launching in 2020 where we are all confined at home and gaming online provides some much needed interaction with others. With similar games looking and playing far better on Switch, it’s hard to recommend Operation Blackout for gameplay alone. As a nice motion comic or animated film, this would’ve been a strong recommendation, but as a game, it should be avoided at all costs!