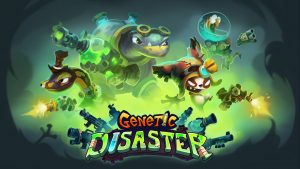 A new co-op action game, Genetic Disaster hopes to become a staple of your game nights and multiplayer game needs. Colorful, adaptable, and action-packed, is Genetic Disaster worth trying out?

You shoot and kill other enemies, but there is no blood. You can die, but the death animations aren’t gruesome at all.

Genetic Disaster is a very fun and adaptable game that will definitely help you bond with whoever you play with. 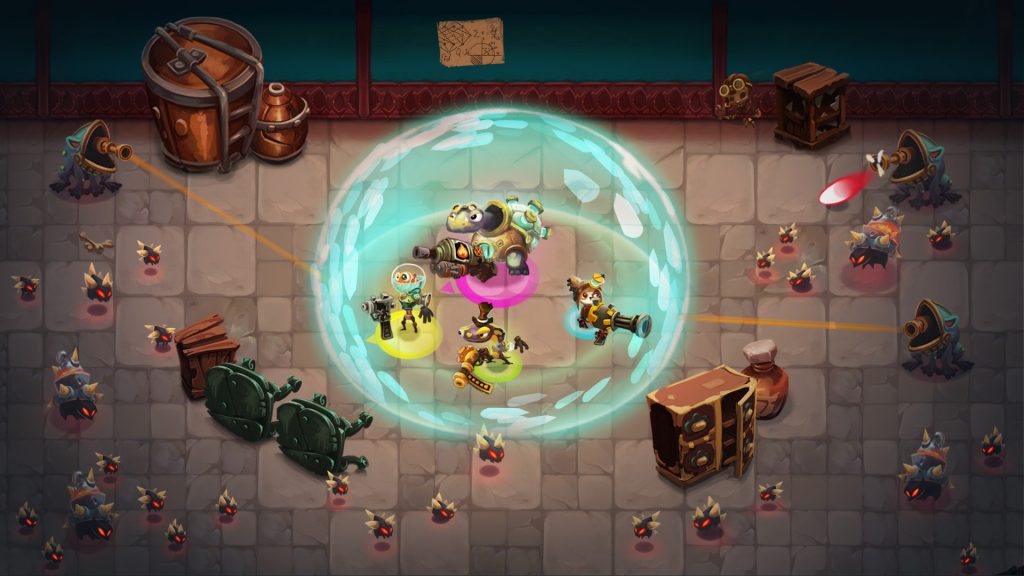 Genetic Disaster is incredibly upfront about what it wants to be. It’s designed to be played with multiple players and to be incredibly customizable to how you like to play a shooter. In playing Genetic Disaster, I found it to be an incredibly enjoyable game in its adaptability to the player, its ability to be a fun multiplayer, and its design of the game itself.

One of the main features that Genetic Disaster advertises is that it is procedurally generated. Every time you die, you have to start over at the last level, so the level layout changing makes playing again a lot more enjoyable. Also, you can change characters and weapons. Depending on your skill level and how many people you’re playing with, the game will adjust its difficulty as you go along.

Beyond just the adaptable gameplay, each time you go through the layout changes. This can make the whole experience different each time, resulting in less cumbersome replays. You feel challenged and accomplished, without being frustrated and overwhelmed. Each of the characters has special powers and are honestly super cute. The whole cute but deadly mixture really speaks to my heart and only makes playing better to me. This makes this a really fun experience after a long day of work, school, or whatever, because Genetic Disaster can be whatever you want it to be. Want a giant challenge? Then go all-out in the first few levels and be ready for later. Want to kick back but have fun? Go through enemies at whatever pace you see fit. 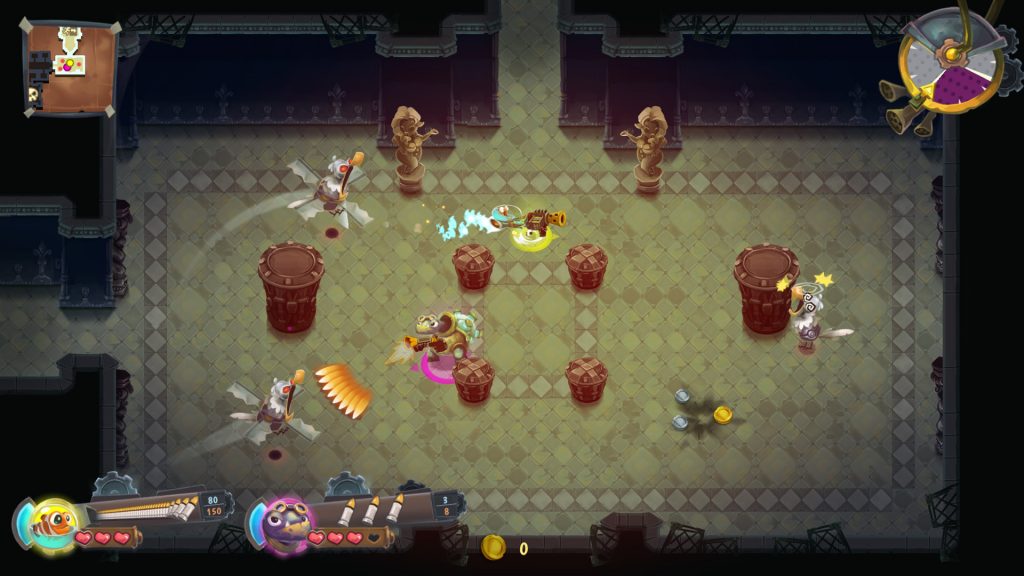 Because the game adapts to how many people are playing, multiplayer doesn’t feel unnecessarily easy and single player doesn’t feel like a madhouse. You can play online, invite friends on Steam, or play with the people beside you. While I wasn’t really able to try out arena or online due to the review copy I received, I was able to play a little bit with local co-op. Here is where the different abilities of each character and the different weapons really make things interesting. I’d really wish I could see a port of this to console soon so that local multiplayer is a little more natural (since I already have multiple controllers). This would definitely be the sort of game I’d whip out if a friend was over and I wanted to do something besides sit and drink coffee. Which, it’s high regards from me for making me want to ditch my beloved coffee.

Finally, I really enjoyed the design of Genetic Disaster game itself. It’s colorful but not childish, whimsical, and almost steampunk in nature. It looks like a game to be enjoyed but not to be taken too seriously. It truly does feel like a Disneyland ride, where it’s fun, action-packed, and almost childish but not in a bad way at all. You’re just directed through this adventure and if you fail, you don’t mind starting over again.

The characters and their design and abilities were also an enjoyable part of Genetic Disaster. They all have their little quirks which feed into their abilities. So, while you know that they give you characters that fit the different generic types of play, it isn’t obvious that “oh, this is the healer guy and nothing else.” Instead, the characters’ abilities feel quirky and unique. And when you forget that you even have them halfway through the first level, you’ll be even more surprised by what each character can do. 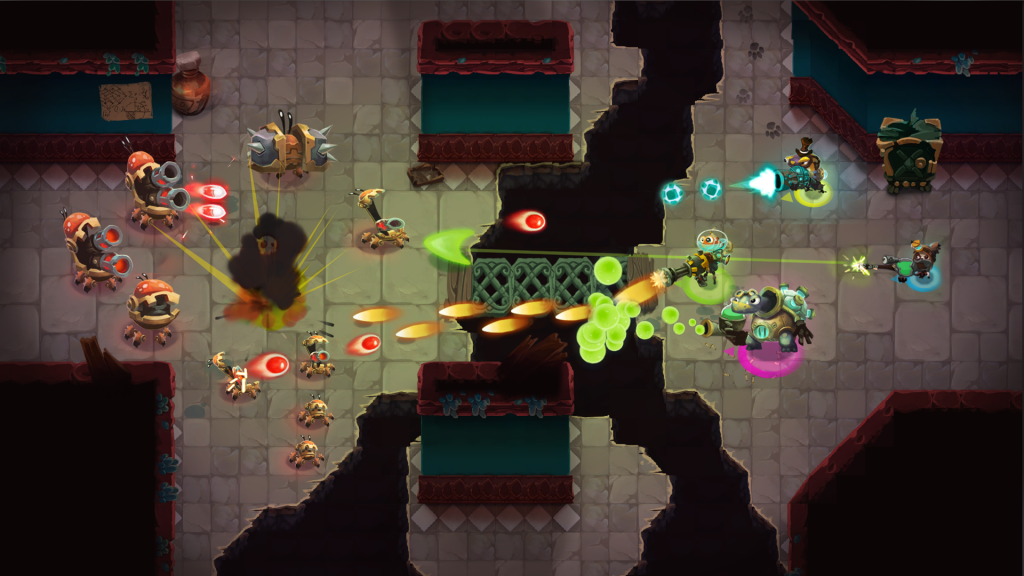 I did have some qualms but not very many. The biggest I have with Genetic Disaster is that there isn’t really a tutorial. Which, to some players, is great. But this also makes it to where you have to check the control screen over and over to remember what you can and can’t do. Because, as mentioned above, if you’re a newbie to shooting games (so, me) you’ll forget that your character even had a special power until a few levels in and you’ve died four times.

Overall, I really enjoyed Genetic Disaster and I’m definitely not a shooting game girl usually. But the characters, the design, and the adaptability of the game really makes it something I’d love to play again. What’s so great about the adaptability of Genetic Disaster is that it can whatever type of game you’d like it to be, so long as you like shooting enemies at some point. It’s great for a fun wind-down after a long day, a quick game to play when friends come over, or, probably, a new way to show off your skills in an online arena.

Genetic Disaster is a welcome, engaging newcomer to the gaming scene that is worthy of being a part of your gaming library. The adaptability of the game makes it perfect for everything from a relaxing gaming session by yourself to a family game night.