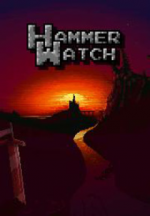 Many gamers my age are familiar with Gauntlet Legends, a fantasy action arcade game that also came to consoles in 1998. More well-seasoned gamers know that this series is actually much older than that. The original actually came out in 1985 and was one of the first multiplayer dungeon crawlers. This is a series that has spanned every generation including our current one.

Where Nine Parchments takes inspiration from Midway’s Gauntlet, Hammerwatch is a spiritual successor to the original series. The massive hordes of enemies, a large cast of heroes, character upgrades, and especially the dungeons, are all here. Whether you have group of friends or want to laugh in the face of danger while flying solo, Hammerwatch is now available on every platform since it first released on Steam four years ago.

Spiritual Themes: Hammerwatch takes place in the fantasy genre, which means that there is plenty of magic use. Except for the rogue and ranger, every other character has magical abilities. The warlock and sorcerer use abilities such as fire and ice blasts. However, the paladin and priest use more Holy themed abilities like healing. Enemies that players will be facing are walking skeletons and other undead/zombie creatures.

Violence: In Hammerwatch, players will take control of one of the seven character classes. When traveling through dungeons players will face hordes of enemy creatures and use their weapons and abilities to defeat them.

Some enemies to turn red and bleed small drips of blood when you attack them, but the majority of blood that is scene comes from insects and the carcasses after destroying some of the bigger bugs.

Players must also avoid a variety of traps that can lead their defeat: Floor spikes, spear traps, and fireball traps for example.

Language/Crude Humor: The ESRB rating says that there is some “mild language,” but honestly, I haven’t found any to make note of during my time with the game. There is very minimal conversation in the game, and other characters can be found throughout the dungeon floors on occasion, so its likely that I myself might have missed it. The words “hell” and “d*mn” fall into the mild language category, so one or both of these words likely appear somewhere within the two campaigns of the game. 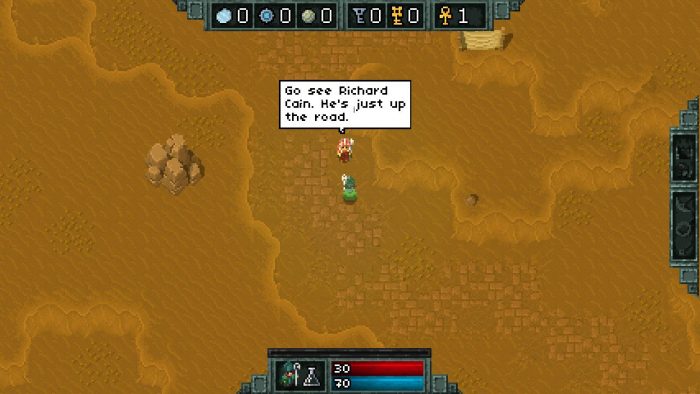 Diablo reference for the win!

Being a spiritual successor to Gauntlet, Hammerwatch obviously encourages multiplayer. Many games that have a focus on multiplayer tend to put all the weight on that side of the scale. Usually those kind of games feature a limited singleplayer experience or have a difficulty that is best geared for co-operative session. At first, I thought Hammerwatch could get lonely and difficult unless you were teamed up with a friend. As I put more time into the game I realized that it was possibly to fly solo and take on hordes of creatures by myself. 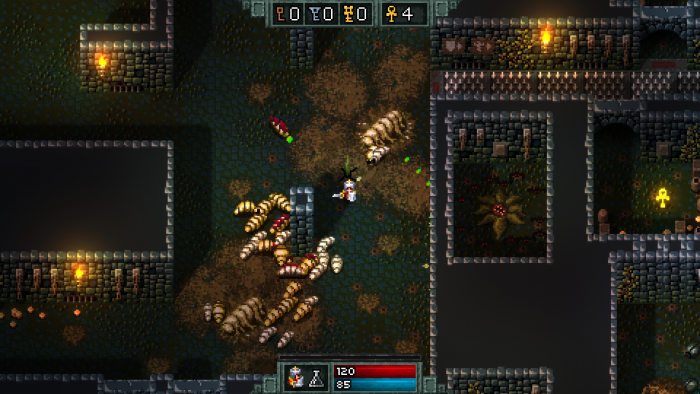 To reference Gauntlet yet again, the gameplay loop is exactly the same. The objective is that of a simple dungeon crawler: travel through each floor, slay all the monsters, and collect everything. There are keys placed around the map that are required to progress, but some of these keys also open rooms full of gold and pick ups that will help the journey. At the end of each act there are large bosses that stand in the way of the player, they must also be defeated in order to progress. It has all the tropes of the classic dungeon crawler, but that’s a good thing for anyone interested in some retro gameplay. 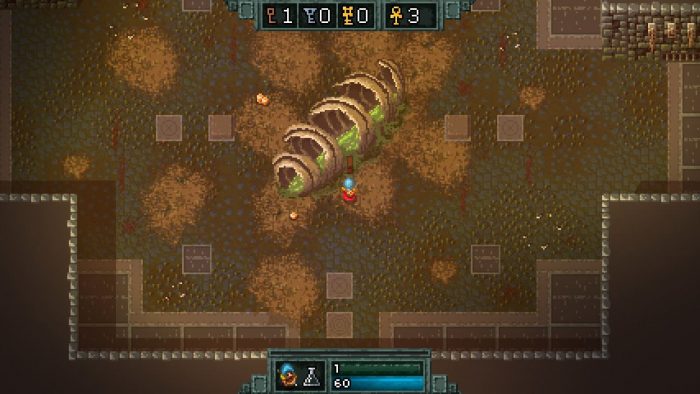 I barely made it through that one,

Hammerwatch goes furthest into the retro theme by giving the player a limited amount of lives. Death is something to be feared because of that, but just like the old days there are extra lives to be found on each floor. This forces the players to choose how each obstacle and enemy encounter must be handled. Groups of enemies come in mass numbers and the deadly traps pull no punches. A handful of checkpoints are placed on each floor; they are placed far enough between each other that doesn’t feel unfair, but still has you putting in some work to get back where you were.

We get a sizable cast of characters to play as, one of them being temporarily exclusive to consoles. They are classic character classes you’d expect from a standard RPG campaign: paladin, ranger, thief, wizard, warlock, priest, and the sorcerer. I do think that might be too many magic-based classes, but at least they all feel different enough to stand out from one another. My personal favorite has been the Ranger, who is recommended for beginners. The ranger has bombs that can be planted while moving, so its easy to get a bunch of enemies clumped together and plant a bomb or two for a massive amount of damage. 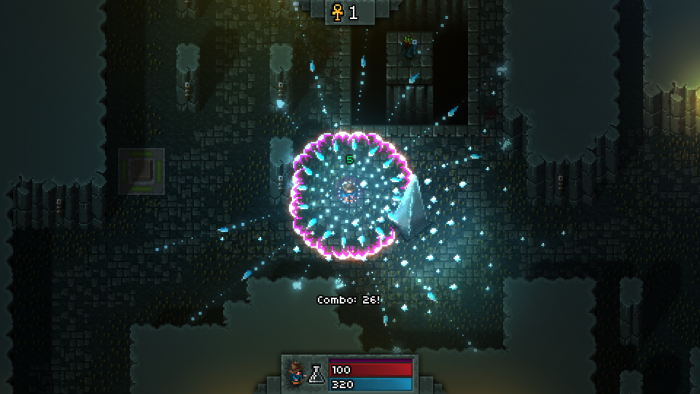 come for the adventure and loot, stay for the firework show.

Where the dungeon crawler does differentiate from Gauntlet is that power-ups can be purchased through vendors. Along the journey through there are many vendors that are just hanging around waiting to sell you items and abilities for you to use in battle. Each class can later gain their own unique abilities, but there are plenty of damage, health, and mana boosts available for purchase. Though the Combo ability is one that all classes gain. If enough enemies are killed within a certain time the players gains a small burst of extra speed or damage. This became very satisfying in wide open floors with tons of enemies, moments like this are when I found myself spacing out and getting into the action. 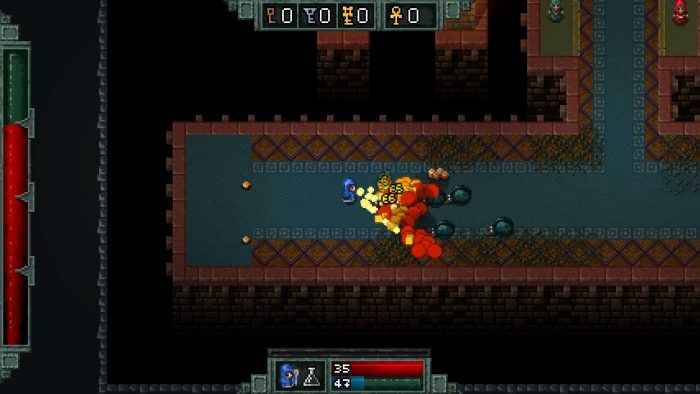 There are extra made modes like Hero Defense, Survival, and an extra campaign.

There were multiple times where I found myself admiring the presentation of such a retro influenced title. The developers surely put some thought into the it, because they actually used dynamic lighting and a lot of noticeable detail. The use of the 8 and 16-bit graphics is greatly saturated in the indie scene these days, but it seems like the ones that succeed are the games that utilize it well. Even the soundtrack is well crafted, its tracks are catchy and feel epic during gameplay—far from something that feels tacked on.

I could hardly find anything negative to say about Hammerwatch. It did feel lonely without other players after first, but as I my character got stronger the combat grew more entertaining and intense. Unfortunately there is still a key missing feature from the Switch version, the online feature is still not available as of the time this review has been written. For people like me who don’t play local multiplayer very much, this is a needed feature. Although Nintendo’s online functions are not where they should be, it doesn’t look good to the mass consumer when a game launches with an incomplete feature.