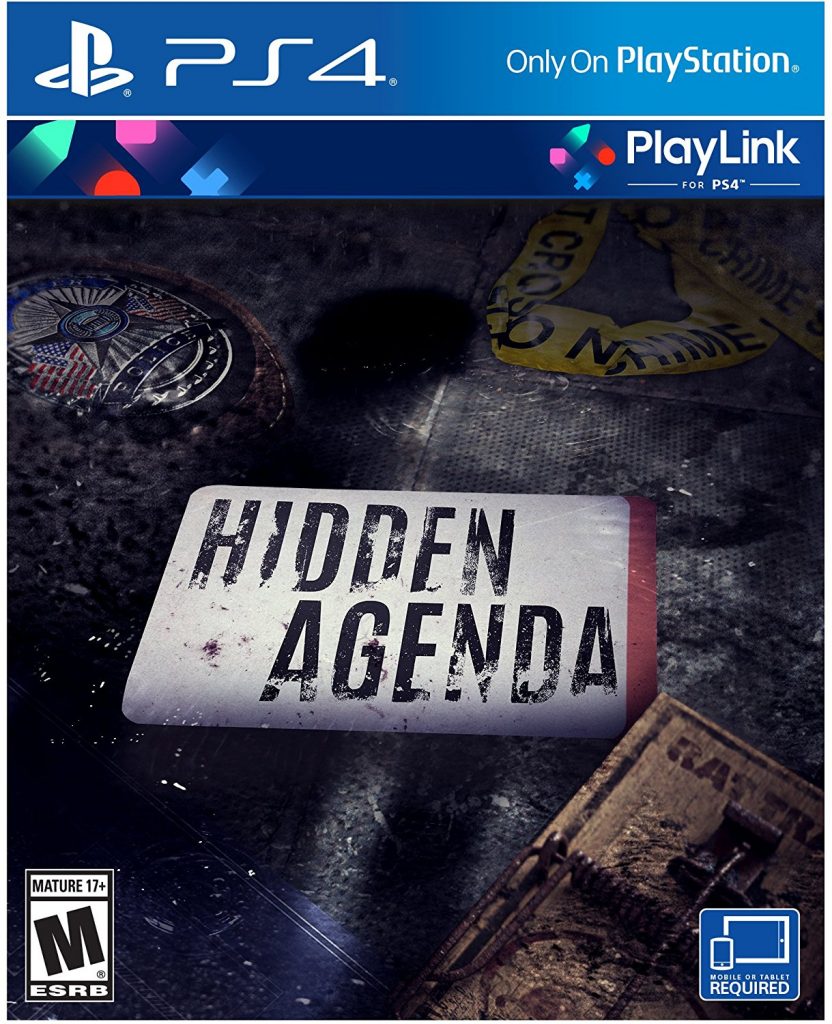 Hidden Agenda flew out under the radar after Supermassive’s well received Until Dawn. The game essentially acts as a bite-sized version of the Until Dawn experience with a story that only lasts 2 hours or so, but makes up for the short time with a low price point and multiplayer features. The end result is an enjoyable, variable, but short endeavor, that works well solo or with friends. 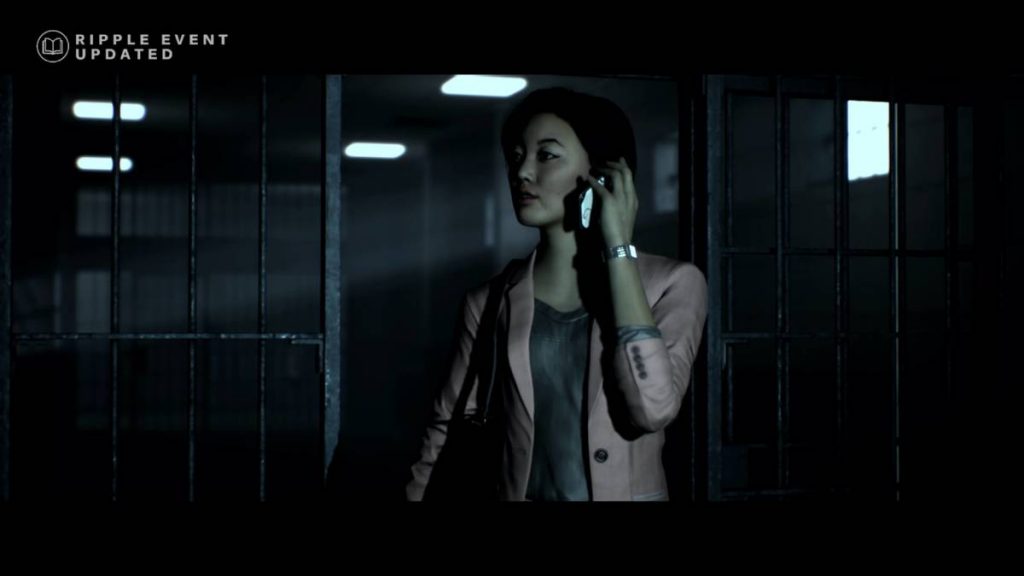 Spiritual Content: One character speaks of God occasionally. They are positive statements, but the character in question is morally ambiguous. An abusive priest is discussed.

Violence: The story revolves around a series of serial killings. Characters can be shot, blown up, stabbed, etc. Some victims have explosives surgically implanted in them. A plot point revolves around an orphanage and the abusive (sexually and physically) workers.

Sexual Themes: Multiple references to prostitutes made. A room filled with posters of call girls can be found.

Drug/Alcohol Use: The player can elect to have a drink with a friend. References to drug use present.

Positive Themes: Ultimately the game is a good vs. evil plotline as the characters rush to track down the serial killer. The mentions of God by the aforementioned character are positive. 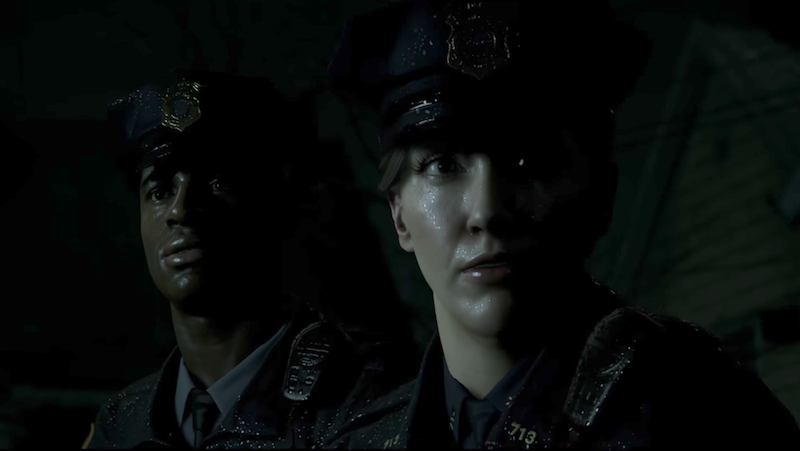 Hidden Agenda falls into the new PlayLink series of games which are controlled via smart devices. This immediately sets it apart from most games in its genre. It will some time getting used to using a touch screen to control the game, but it will eventually click and aside from the occasional quick time event, you have as much time as you need. A touch screen is pretty incapable of moving a character around a 3D space effectively however, so any exploration-style gameplay such as that found in Until Dawn has been removed. This is a mixed blessing. Walking around in Until Dawn can often feel very awkward, but without direct control of your characters this time around, there is a little less agency and the game finds itself squarely in the narrative sub-genre of adventure games. Therefore, the story really has to hold pretty much the entire game up. Thankfully, for the most part it succeeds.

The story follows two major characters, a police detective Becky Marney (Arrow‘s Katie Cassidy) and prosecutor Felicity Graves. Both women are working to track down the truth about a serial killer known as the Trapper, so-called because he booby traps his victims so they also kill the first responders. The motion capture for Cassidy is well done, as are the other characters, but a few occasionally odd facial expressions sort of slip through. If you’ve played Until Dawn, it’s pretty much the same in terms of presentation. It’s completely satisfactory to be sure, but Infamous: Second Son it is not.

Hidden Agenda can be played alone or with friends, either competitively or cooperatively. In single player, the game functions much like you would expect. A situation arises in the story and you choose how you would like to respond. There are also quick time events in which you must swipe to a particular location on screen, and sequences where you search the area for clues. These are all present in the cooperative multiplayer, but there are a few things added to shake things up a bit. For starters, decisions will only proceed if they have a majority vote. Additionally, before certain sequences, the game will ask you to vote on which player is most representative of a certain quality. Whoever wins the vote gets sole control over a particular decision later. These decisions are not too major, comprising of just a dialogue choice, but small dialogue decisions can sometimes snowball. Players are also given “takeovers” upon completing quick time events or finding clues. These takeovers can be used to claim sole control over a decision as well, but be warned, because taking over a takeover is possible. 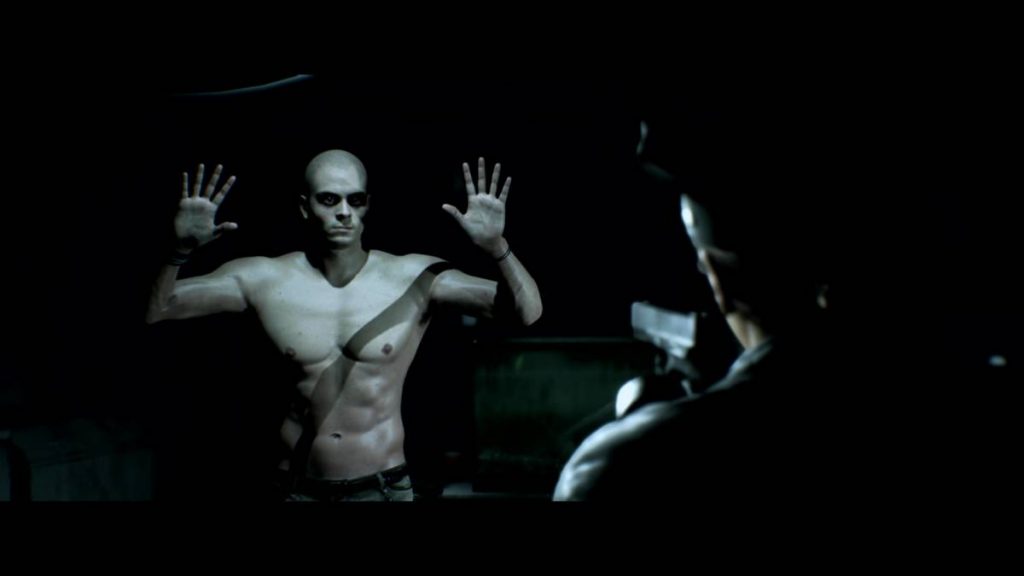 The competitive mode operates similarly, however occasionally a player will be given a “hidden agenda” in which they must orchestrate a certain decision to occur. They get 100 points if they succeed, while everyone who guessed correctly on who had the hidden agenda gets 50 points. Everyone also gets an endgame agenda, in which they have to work towards a certain ending. Succeeding earns 200 points. The person with the most points wins. I played the competitive mode after finishing the game two times prior, and so I didn’t mind too much doing something I wouldn’t normally do because the game asked me to. But the endgame agenda I received was essentially “Force the Bad Ending” which I thought was kind of dumb because I was playing with people who had never played the game before. Even though I knew how to trigger it after two playthroughs, I intentionally threw that agenda  so my friends could see the good ending.

The first time I played the game, my friends and I got one of the bad endings because of a missed quick time event, which was extremely frustrating because you can’t go back. You’re just stuck with the bad ending unless you want to sink another 2 hours into the game. It took me several weeks before I was willing to go back and play the game again and see the same stuff just to get a better ending. To my surprise though, I didn’t see the same stuff again. A lot of the content was significantly different than the first time I played the game. The amount of hidden trophies I’ve yet to unlock after 3 playthroughs seems to indicate there are a great more number of variants I’ve yet to discover. I’m not sure how consequential those variants are, however, because my third playthrough was rather similar to my second. 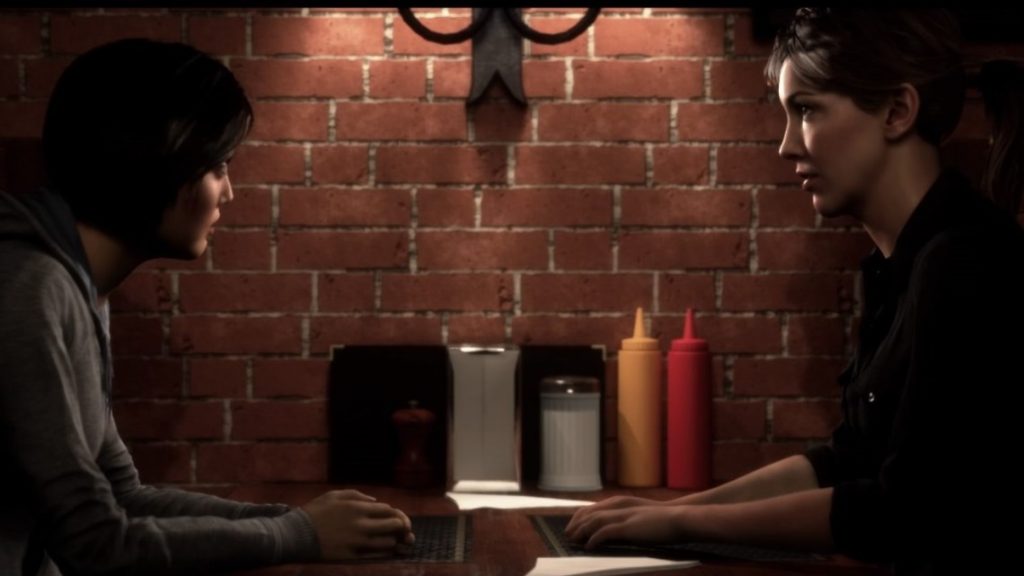 While having to redo the entire game to see a different ending was rather irritating, the amount of details left out in the story was is quite irksome. I discovered some information in my first failed playthrough that never saw the light of day in my other two more successful runs. On one hand, this encourages making different decisions to find out more information, but it also makes any one playthrough feel rather incomplete. There is still one question I have that was never answered in any three of my playthroughs. A large unanswered plot point like that is kind of inexcusable. I’m not sure if it was intentionally left unanswered or I just haven’t taken the right path to discovery yet. Additionally, one scene is completely irrelevant should you succeed at a certain quicktime event sequence. We failed it in the first playthrough and thus saw the relevance of the particular scene, but on the second and third run, the quicktime sequence was completed successfully and no further details were given about the scene in question. It seemed fairly significant the first time around so it is utterly bizarre to me that succeeding leaves you with less information.

Overall, for $20, the game is well worth your time. It’s essentially meant to be a move night with or without your friends and it works just fine both ways. The story is engaging and highly variant based upon the choices you make. It’s just a shame that you have to replay the entire game to try one immediate scene over again and that so many questions go unanswered for the sake of variance.

Hidden Agenda is an engaging narrative experience that could benefit from a chapter select and some more plot details.