Review: In Celebration of Violence 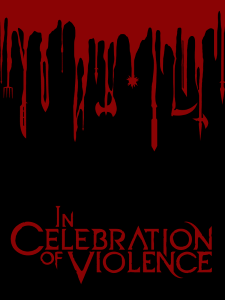 A peasant, a soldier, a priest, and a hero walk into a bar. Each go their way, only to be slaughtered in a harsh and cruel world. Violence itself is the lone character who walks away feeling satisfied. Unfortunately, In Celebration of Violence isn’t nearly as satisfying. 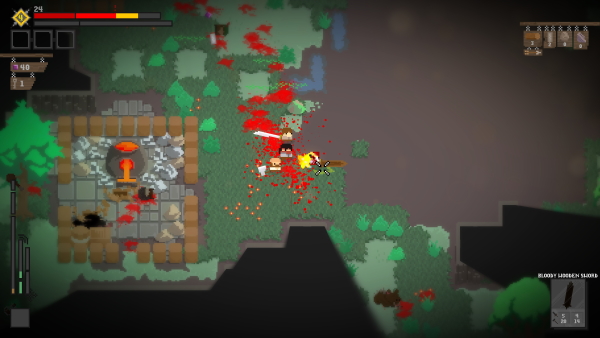 Violence: There’s a lot of pixelated blood and fallen corpses.

Language/Crude Humor: There isn’t much language. There are some darker thematic elements that play into darker humor. 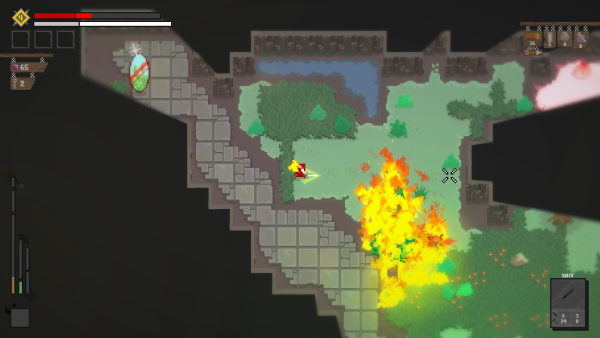 The setup for In Celebration of Violence is intriguing. It tells a split narrative between several people, all of whom are ultimately slaughtered. It’s then revealed that Violence, the incarnation of an ideal, is the storyteller and claims the glory for each death itself. Unfortunately, my sense of intrigue for Celebration ended there.

I get the sense that there’s some sort of story buried in here. On the game’s Steam page, the developer says as much: “…the story is vague and largely nonexistent.” He even goes on to say the game is “meticulously unclear.” Well then, take that for what you will. There’s no story to concern yourself with. 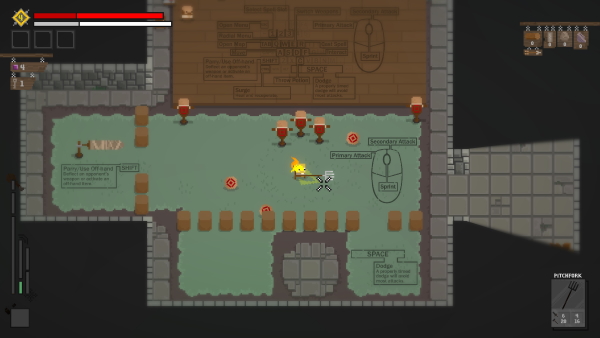 The game’s aesthetics are certainly evocative of a world without hope. The music is dissonant and unsettling, pushing a perpetual feeling of danger and dread. Sounds are otherwise simplistic, but serve the means to the end.

Despite its harrowing feel, the art style is actually both nostalgic and endearing. Done with simplistic pixel-art, the visuals are still clear and easily recognizable. Given that you’ll be seeing that character creation screen long past the point of sickness, it would’ve been nice to get some additional character creation options, but what’s there is sufficient. The game has solid environmental variety from zone to zone. Unfortunately, you’re going to see those same early zones enough to get burned out on them. 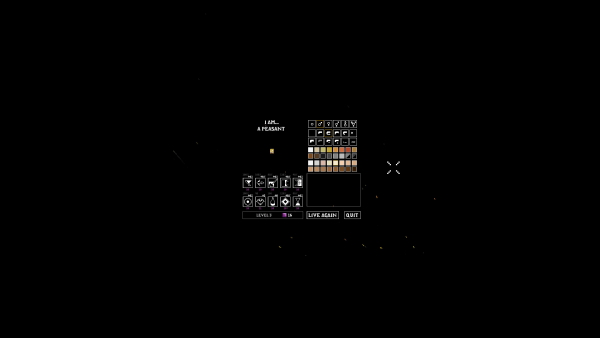 As a Souls–Borne fan, I should enjoy a game that invokes the Dark Souls name in its marketing materials. Unfortunately, Binding of Isaac is also mentioned, and it’s fair to say that I have struggled with various elements of that game in the past. When you take the brutal nature of both of those games and meld them together, what you’re left with is In Celebration of Violence—an ambiguous roguelike with difficult combat that not only disregards any notion of onboarding, but revels in its absence.

With each death, you’re able to (sometimes) keep a portion of the experience you’ve earned. That can be used to upgrade stats, making you a more viable adventurer over time. With each fresh run, areas are procedurally generated anew, keeping things from getting rote. Unfortunately, nearly every other game mechanic is left up to you to uncover.

I can certainly see the Souls influence on Celebration. You can slaughter NPCs in the starting area, sacrifice health at an altar to the point of killing yourself, and stumble across a wide swath of hidden elements, from enemies to unknown environmental hazards. The combat also takes cues from the Souls series, employing dodge and parry mechanics to queue  your enemies up for big counter-attacks. 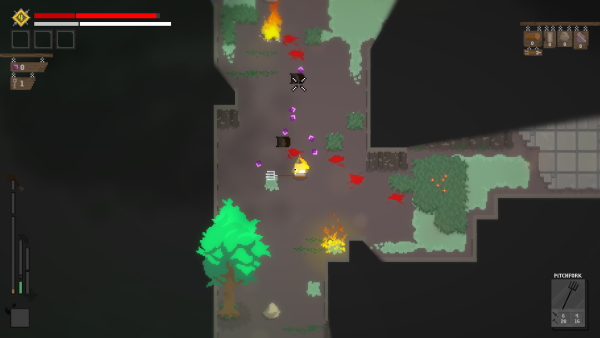 Unfortunately, when it comes to boss battles, the game leans more roguelike that Souls-like. When you take down bosses, you’re rewarded with substantial ‘XP’ which can be used to increase your stats in subsequent runs. When you die in later dungeons, however, those bosses and the worlds they inhabited are brought back like you never accomplished anything.

To be clear, the minute to minute combat of In Celebration of Violence feels all right, though nothing in particular to write home about. The roguelike world-reset elements combined with “meticulously unclear” documentation make this game feel, at times, like a disheartening grindfest. You’ll pick up some tricks and learn how things work with time, but you should expect a substantial investment of effort to get to that point. 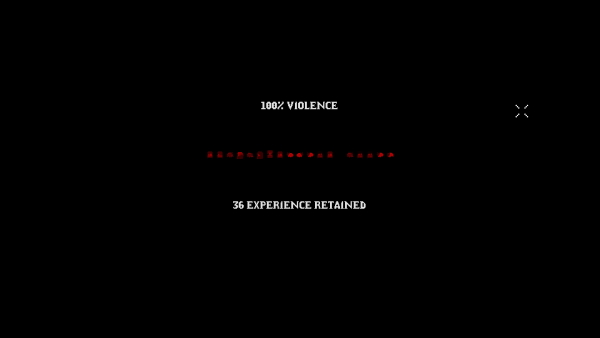 Sadly, In Celebration of Violence won’t be for everyone. In fact, it’s likely for very few. I see how someone who loved the mechanics could fall down a rabbit hole poking at the game. There’s plenty to discover and roguelike fans could find Celebration a rewarding experience. The art style is also cool, despite it’s depressing thematic elements. For the cost of admission, roguelike fans have plenty here to discover. But I don’t believe anyone else will enjoy their time with the game.

In Celebration of Violence is a decent roguelike with learnable systems and some interesting ideas that are dragged down by ambiguous instruction and subpar, dissonant music.