Point and click adventure puzzle games have been around since the early days of PC gaming and have entertained generations. They may have slowly died down in quantity, but have since become one of the best places for storytelling in the gaming medium. The Inner World: The Last Wind Monk, a sequel to The Inner World, is the story of Robert, his pigeon friend Peck, and friend Laura in their quest to save the race of flute noses from the evil Emil and the Asposian citizens he has turned against our heroes. Their quest is chronicled through six chapters and locations.

Violence: There is some mild violence that happens. It is all cartoon like in portrayal and is not anything to be concerned about. 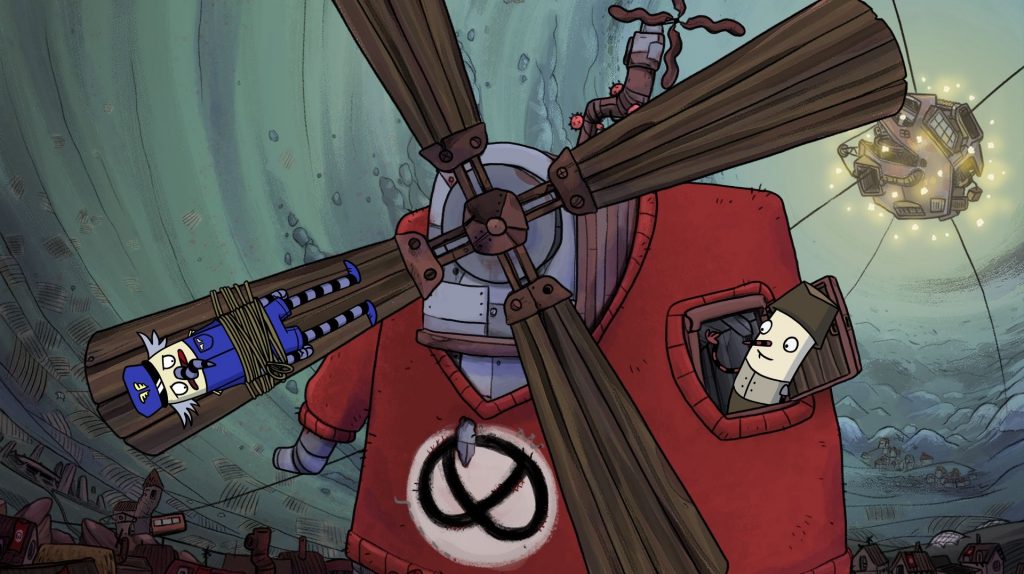 Language: Swear words are infrequent, and are said more as the story progresses. They follow along the lines of h*ll, sh*t, and a*s. Words like idiot and stupid are thrown around as well.

Drug/Alcohol Use: A NPC is seen sleeping while clutching a bottle of alcohol, and you are required to take this bottle in order to progress in the story. Do not worry: your characters do not consume it.

Sexual Content: A character you meet early in the game could be interpreted as having a homosexual attraction to Laura, though noting is clearly stated or shown.

Spiritual Content: A character in the prologue creates robots and claims they are gods so he may be worshiped. There is some form of what appears to be magic at play in a couple story segments.

Positive Themes: Robert is hesitant to save the flute nose people but does so anyway because it is the right thing to do. Laura does her best to help Robert fulfill his destiny and encourages him to carry on when he wants to give up. 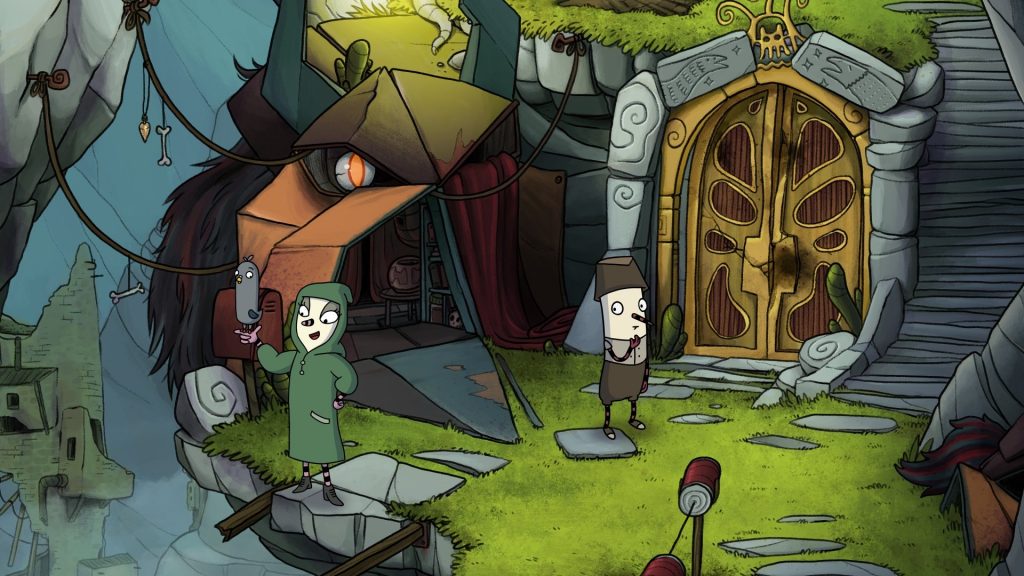 Let me get this out of the way: I never played or heard of The Inner World until being assigned The Last Wind Monk for review. With that said, I had no problem with understanding the world and what was happening. Everything that I needed to know about the game’s story is told in a cutscene when the game starts. The only thing that is not made very clear is the relationship between two of the game’s protagonists, Robert and Laura. I am not sure if they are really close friends or in a relationship. The story’s villain is presented like a less-sinister Adolf Hitler and his prejudice against the flute nose people.

The only way to save the flute nose people is to find the titular Last Wind Monk and have him summon the wind—Robert is tasked with this challenge. This story is presented in an art style that resembles something from the early PC gaming days. It is pretty, but it’s a shame that the animation and lip syncing for the voices do not match up as well. The voice acting is not the greatest either as nothing is said with any emotion so all of the dialogue sounds monotone.

The gameplay itself works very well. The inventory is simple and nothing is complicated. Not much is spelled out for you when you need to progress. This is good when you want to discover how to complete the objective yourself. If you are frustrated by this, you will be fine as there is a helpful hit system you can consult all you want with no penalties. These hints do not spell things out for you right away either. They are vague and will not be specific unless you probe for the answers continually. The console version sorely lacks in the pointing and clicking department of the genre as you have to constantly cycle between the possible interaction points before finding the one you want. It can be very tedious, and could have been less of a nuisance by using the right stick instead. Each character has different abilities. They do not exactly change up the game play very much as the differences stop at where each one can go on the screen and what items they can pick up. 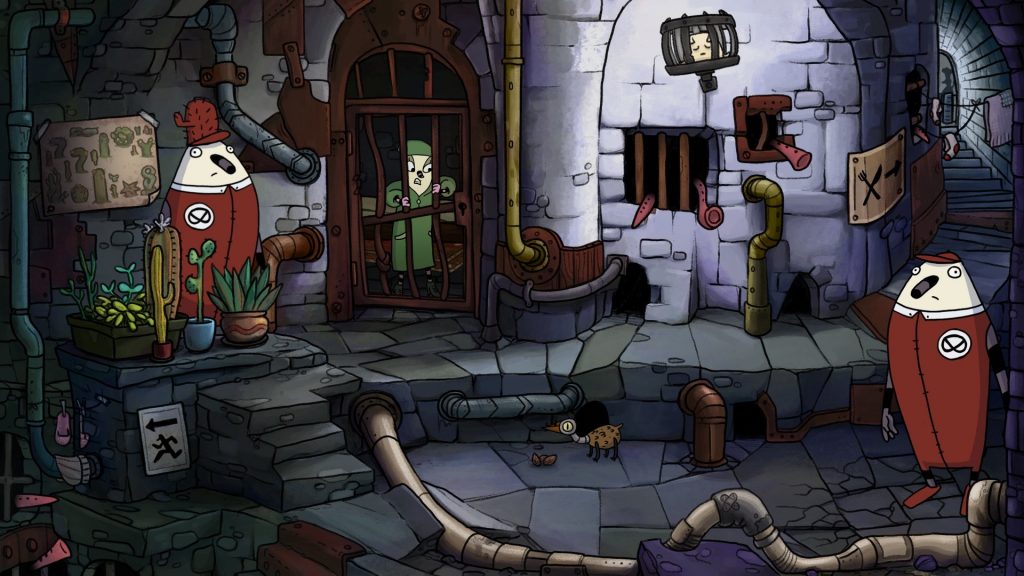 The Inner World: The Last Wind Monk is an enjoyable point and click adventure game that will remind you of a time when adventure games were still about puzzles and discovery.