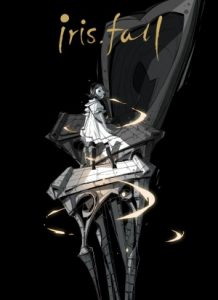 Iris.Fall is a game that I was surprised had both the visual styling of surreal darkness that I enjoy, paired alongside gameplay and a unique story to tell. This game had those things, and also had me enjoying the puzzles so much that I would be working on them in my head even after I put the controller down. Iris.Fall takes place in a world where the interplay between light and shadow are very important to move through the various puzzles. The puzzles, visual style, and story pulled me into the game in a way that I didn’t expect, and I think it’s a worth playing through. 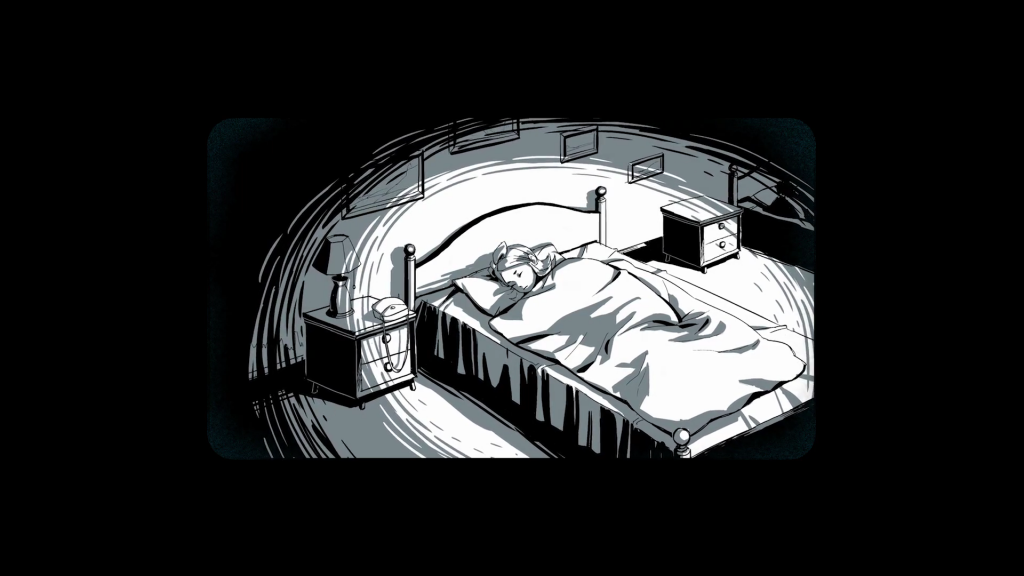 Iris.Fall doesn’t have an ESRB rating that I could find at the time of this review. I believe that it would be rated E for Everyone or at most T for Teen. There is nothing overtly violent or sexual in the game, but there are some disturbing themes in the game. In the game, the female protagonist comes across evidence that someone has been stealing the souls of young children. There is a scene in the game where children attending a puppet show fall under the trance of the puppeteer then their souls leave their bodies as paper dolls. The imagery surrounding the soul stealing is mostly metaphorical, but it could be somewhat scary to younger children. I recommend this game to preteens and older.

Iris.Fall is reminiscent of Alice in Wonderland or Coraline by Neil Gaiman. Iris wakes up in the middle of a dream to find a black cat is leading her into an abandoned theater much like Alice following the White Rabbit. Once Iris enters the theater, the mystery begins to unfold as the player is confronted by difficult puzzles. Each of the puzzles leads Iris deeper into the mystery and deeper into herself. What struck me from the beginning of Iris.Fall is the complete absence of dialogue; rather, the story is told through the visual narrative as Iris discovers the secret behind her own existence. The beautifully creepy soundtrack, reminiscent of distorted organ grinder music, accompanies the visual storytelling. 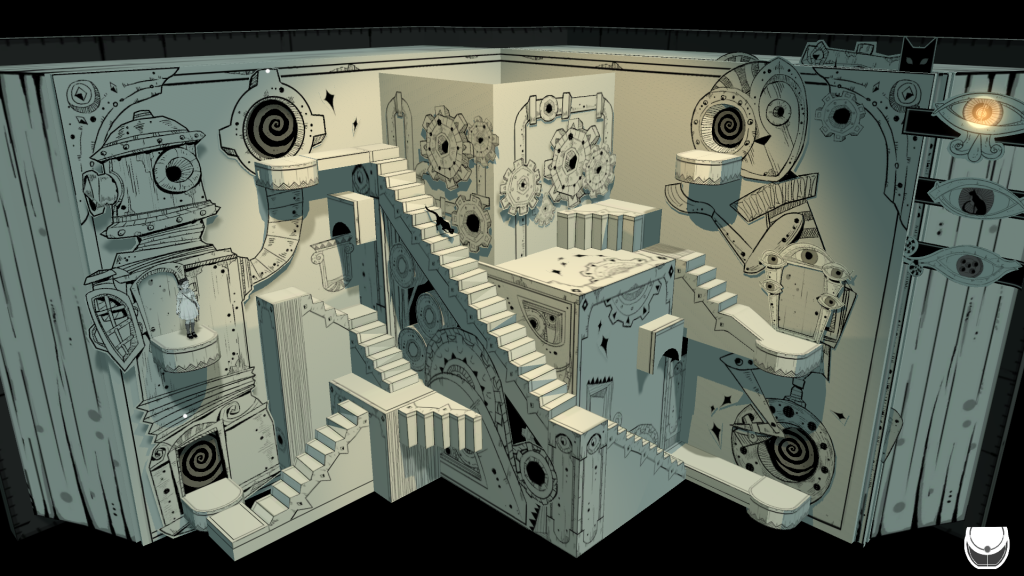 I don’t normally like puzzle games because they often frustrate me, but with Iris.Fall I found all the puzzles were fun to solve. One of the reasons that this game’s puzzles were so appealing was because many of them are comprised entirely of 3D objects. The game has black and white graphics which is important because Iris.Fall relies on the play between light and shadow. Most of the puzzles incorporate two parts to them. There is the light part which exists in Iris’ world, but in all the puzzles there is some kind of bright light projecting shadows on the walls. Iris must navigate the light world, moving objects and machines in order to align the shadows projected on the wall. Then Iris can move into the shadow side as a shadow to complete the puzzle or move onto another part of the puzzle. 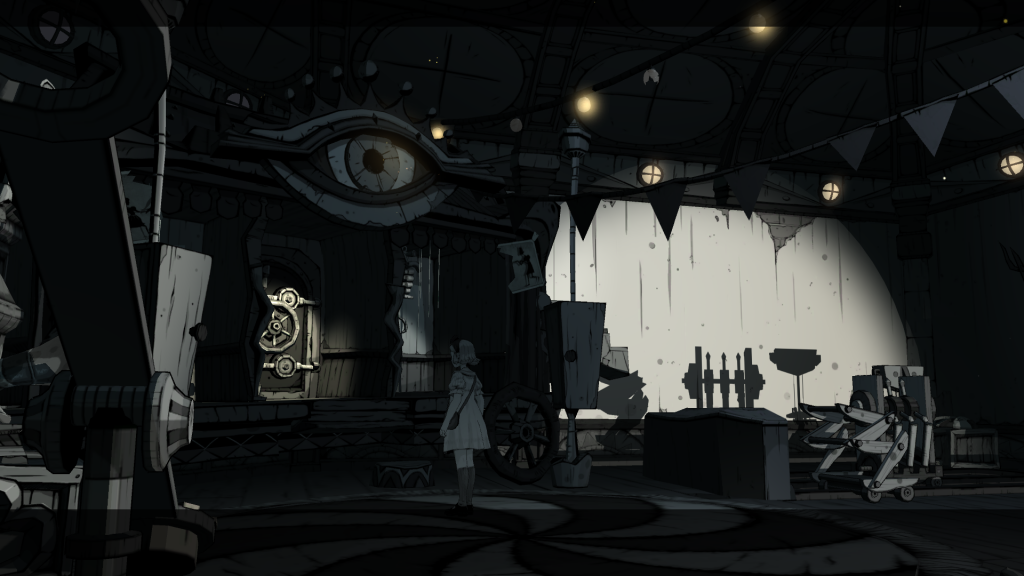 The game never really helps the player out, but instead, most of the puzzles can be solved by trial and error. Some of the puzzles require careful observation of the environment in order to solve them; many times the solution to the puzzle was right in front of me if I looked carefully. Every time I completed a puzzle it felt rewarding. There is no way to adjust the difficulty of the puzzles which reduces replayability, but I would replay the game just to enjoy the story. 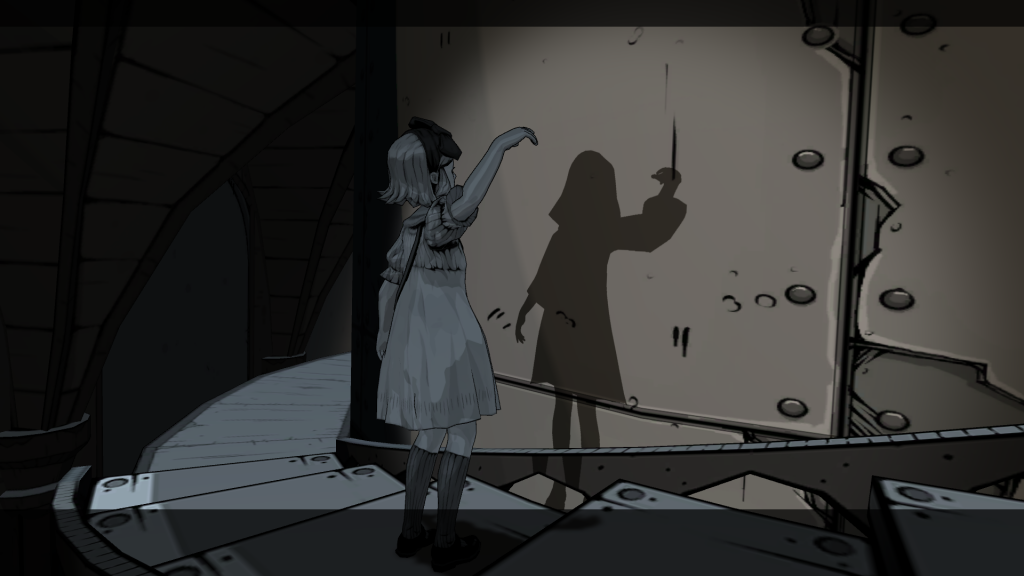 The story of Iris.Fall is a very compelling one because it deals with the issues of identity and creation. Iris’ background is unknown by the player when the game starts. She seems like a normal little girl, but as the story unfolds it appears that Iris is anything but normal. The story and puzzles in the game intertwine so that by solving the puzzles more of the story is revealed, which is why I enjoyed the puzzles so much. 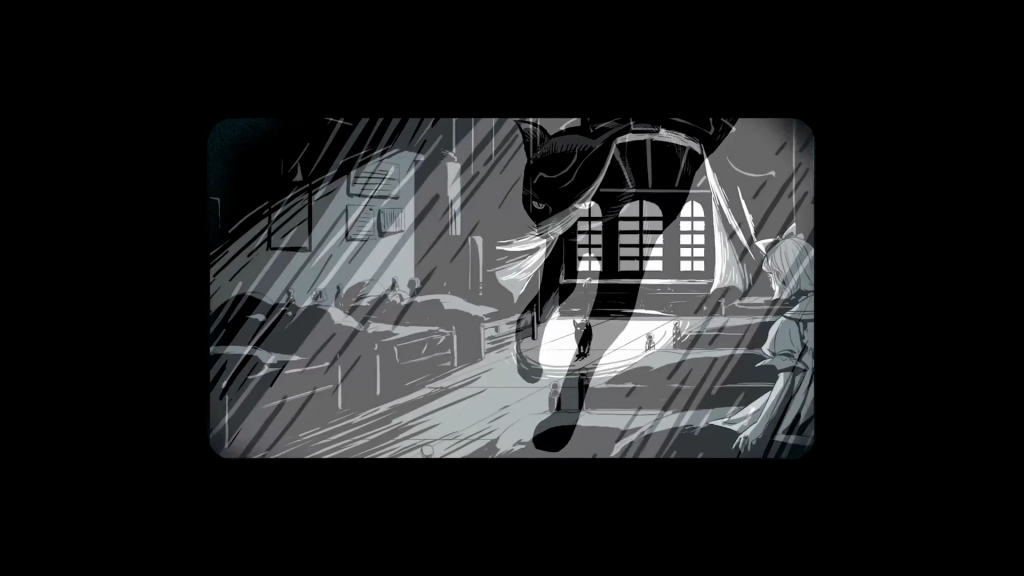 Iris.Fall relies heavily on visual narrative to tell its story. The story is recalled through Iris’ memories, but each memory is in a different artistic style, which was fun. As I stated before, even though there is no violent content in the game, the story has themes that will scare small children. The scariest is the stealing of children’s souls and the use of puppets as a vehicle for those souls. Iris.Fall is a very short game which makes the story even harder to follow as there just isn’t enough of it. I hope that there will be a sequel at some point, because the end of the game feels like only the beginning of Iris’ story. 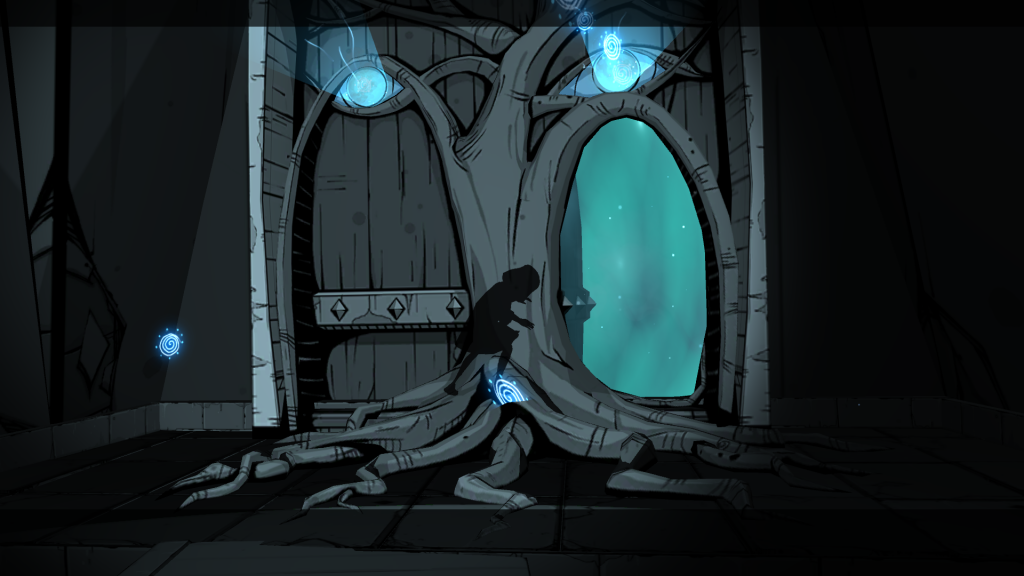 Shadow Iris passing through a door.

Overall, Iris.Fall is a game that is worth playing because it is such a unique experience. The storyline is compelling, and the puzzles are challenging without being so challenging that I was ever turned off by them. Even if the lack of dialogue isn’t your cup of tea, don’t let that keep you from giving the game a chance.

Iris.Fall is a creepy, surreal puzzle adventure game that has a great storyline.