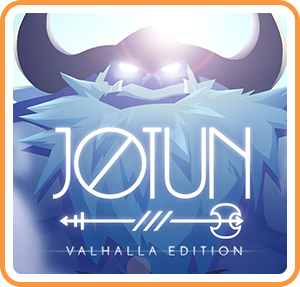 Jotun is one of those games that’s been around the indie scene for a few years. Released on every major platform but Switch, it was only a matter of time before the giant-slaughtering adventure made the leap. With the recent release of PlayStation 4’s God of War (2018), Norse mythology has gotten a renewed focus in gamers’ minds, priming the pumps for the newest Switch game from Thunder Lotus Games. Does Nintendo’s newest platform benefit from the adventure of viking warrior woman Thora? 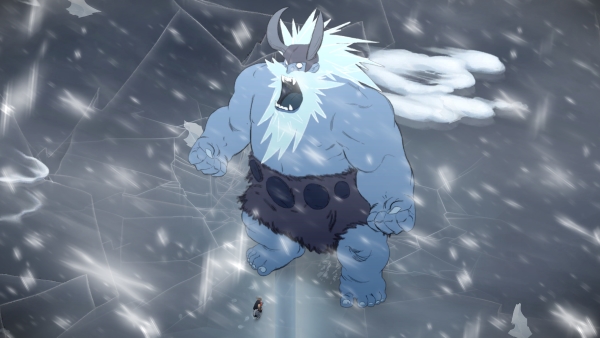 The game is steeped in Norse mythology. You’re a warrior who died with no battlefield valor. The gods have decided to give you a second chance, tasking you with conquering five monstrous jotun (elemental giants) to impress them and win your rightful place in Valhalla.

You’re hitting foes with an axe, but apart from smaller enemies fainting or the jotun screaming as they die, there isn’t much here to be concerned about. There is no blood or gore.

None. All of the language is Nordic/Scandinavian and pertains directly to a respectfully told story.

The narrative speaks to the warrior spirit and never-say-die attitude (though, granted, you’re already dead in this game). 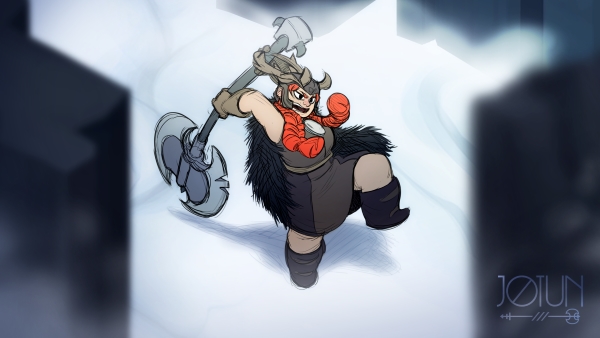 Jotun‘s story in and of itself may not be particularly engaging, but the way it is told is compelling As Thora, an axe-wielding viking warrior woman, you’ve died a death unfitting for a warrior. The gods decide to give you a second chance to impress them by beating five mighty elemental giants known as jötnar for a second chance to earn your seat in Valhalla. It’s a short, straightforward cultural tale, but they tell it with Scandinavian voice over, cementing the mood and setting with credibility and authenticity.

At its core, Jotun feels like a boss rush game broken up by a few short interludes to build the world and expand the lore. The hub world is a place known as Ginnungagap, the primordial void of Norse mythology. From there, you’ll have to travel through nine realms collecting ancient runes to access each jotun. To the game’s credit, each of the nine realms offer considerably different experiences. From fighting your way through dwarves to the forge where Thor’s hammer was created, to climbing the world tree Yggdrasil, to forming ancient constellations, there’s an impressive breadth of tasks you’ll take on for such a short game. Along the way, you’ll even encounter shrines to some familiar gods that bestow abilities to help on your journey. 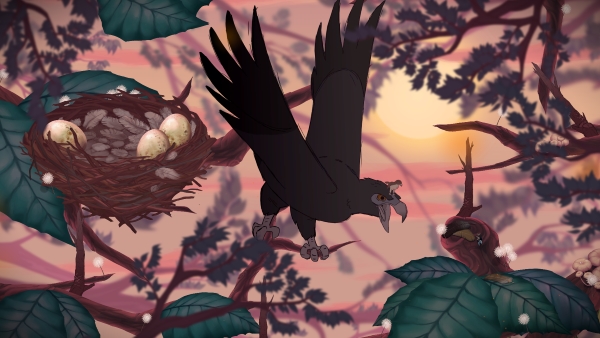 The jotun fights feel a bit confused. They offer an impressive sense of scale, often panning the camera back to display foes 40-50 times your size. The encounters aren’t inherently that difficult; they often boil down to learning patterns and executing on them. The patterns are just challenging enough to keep you on the edge of your seat, though. With such massive creatures quick to cover ground, however, you’ll often find yourself running across an arena at what feels like the speed of smell. Still, with well-timed dodges and perseverance, victory is attainable. Conquering the giants will feels reminiscent to games like Bloodborne, letting you feel a moment of relief and a sense of accomplishment for the colossal task you’ve completed. If you finish the game and decide you want more, the more hardcore Valhalla Mode is unlocked for extra challenge. 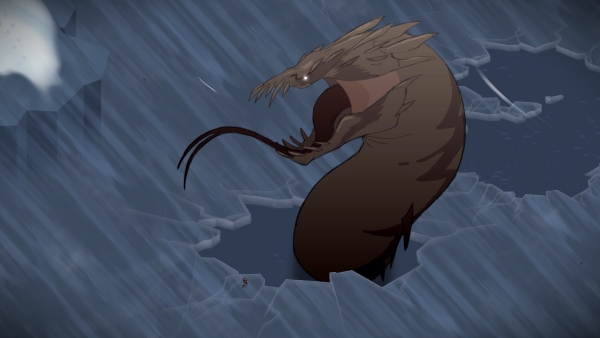 Though fun and jaw-dropping, boss fights can still be pretty frustrating. The sense of scale in these fights often makes fights frustrating. Even on a large TV in 1080p, it can be difficult to track your position and sort out everything happening on screen. I would encourage you to avoid the Switch’s handheld mode altogether, as you’re only a handful of pixels tall and the eye strain you’ll get far outweighs any joy you’d derive from the experience.

To the credit of Thunder Lotus Games, Jotun is a beautiful game. All of the sprites are hand-drawn. When the camera is up close on Thora, she and her environment resemble Disney cartoons from the late ’90s and early 2000s. Some of the game’s animations can feel a bit stiff, like it needed more frames to achieve fluidity. There’s no denying the game is visually striking, though. On top of visuals, Jotun’s soundtrack and audio design feel great. Epic cultural music is accentuated by spoken Scandinavian narration, really tying the package together in an engrossing way. 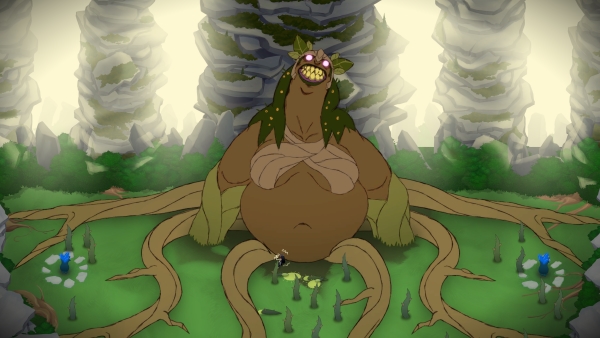 At the end of the day, Jotun is a charming romp through some less trodden Norse mythology that offers an excellent breadth of gameplay experiences. The sound design is engrossing while the hand-drawn art is striking. The sense of scale in boss battles is a bit of a two-edged sword, but the game is undoubtedly worth your time. Fans of mythology should definitely give Jotun a look.