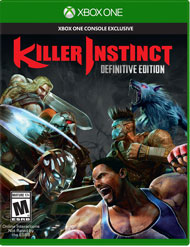 Fighting games are a part of my “Geek” testimony. They have been a part of my life ever since I first picked up a controller. My brother and I spent countless hours on titles like Mortal Kombat, Street Fighter II, and Eternal Champions. At some point in my early age, a Super Nintendo was handed down to me along with a few games, the original Killer Instinct was a game I really wanted and ended up getting as a Christmas gift. Later on down the road, my brother and I had a Nintendo 64 and eventually owned Killer Instinct Gold.

Early into the Xbox 360’s lifecycle, Rare was acquired by Microsoft, also known for developing games like Donkey Kong Country, Banjo Kazooie, and Perfect Dark. It was not until 2013 that the series returned, exclusive to Xbox One. Killer Instinct also happens to be one of the first fighting games that has used the free-to-play formula. It wasn’t until I purchased all of the content that I had begun to really enjoy it.

Killer Instinct is a game in the fighting genre, characters engage each other in one-on-one combat. The violence is not on the same level as Mortal Kombat X, but it does contain some large blood-spatter effects. Sounds of impact and cries of pain can be heard during the combat. Some of the female characters in the roster of fighters do wear some revealing outfits that also expose large amounts of cleavage. 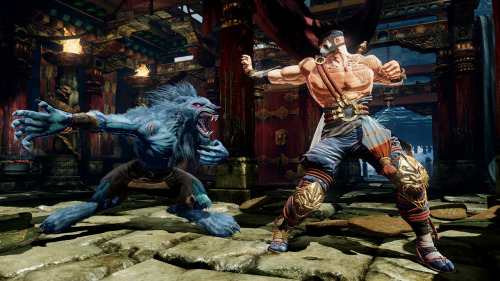 The biggest downside of Killer Instinct is the free-to-play formula. The format works much like a MOBA with a timed rotation of only one or two characters. As a fan of the series, I wanted to try out all of these characters I knew and loved, including the brand new fighters I was curious about. You can’t ever know who your best fighter is if you only get to use them for about a week or two. Sure, you can purchase any of the fighters individually and all of the game’s features are available at the start.

I spent a lot of money to get the full experience. I spend at the very least $40 for the Supreme Bundle and another $30 when season three came out. I didn’t mind the season release of new characters, but the punch to my gut came when I found out that a Definitive Edition was coming out for $39.99 after I had had payed twice that for almost everything in the package. 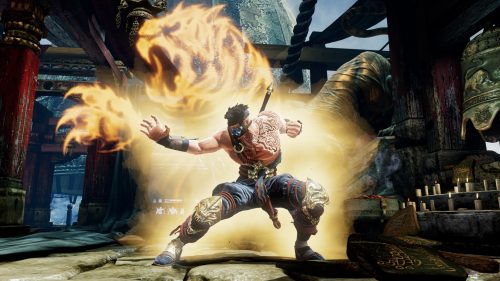 Fighters can enter an “Instinct” mode to accelerate the beatdown.

Despite all of that, Killer Instinct is still a great game in its complete form. It heavily relies on a combo system, as Mortal Kombat encourages the abuse of special moves. In the game’s training mode I learned about combo “starters,” “finishers,” and how to connect them. Each character does have a set of special moves, all of which can be modified into a “shadow” special that acts like the EX specials in Street Fighter. Combo Breakers have made a return since they are a staple mechanic in the series. Ultra Combos take the place of the Fatality-like finishers of the originals, so we no longer have to worry about Orchid flashing anybody to death. 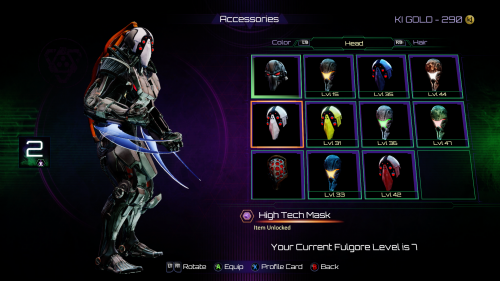 There is some light customization to add a bit more flare to the fighters.

There are a handful of modes that will keep players going toe-to-toe with opponents whether it be against another player online or the AI. The online scene offers everything that a competitive player would want, such as a ranking system and leader boards. The “Dojo” mode that has been present since Killer Instinct Gold makes a return. This mode will teach you how to execute combos and sharpen your skills with any character you wish to study. In the new “Shadow Lab” mode you can create a ghost version of yourself similar to how its done in a racing game. Once you have created your Shadow, it is available for other players to fight against or for you to do the same against theirs. On the single player side of things we do have a story mode. It works much like a standard arcade ladder except the fact that multiple endings can be unlock if you accomplish certain objectives.

Where I have spent the most time playing lately is inside the new “Shadow Lords” mode. It has some loose rogue-like features with a chance of increased difficulty as you go on. Different items and little familiars called “Guardians” can be found or purchased to aid you on your quest which can change up the tide of battle immensely, whether it be increasing your speed, defense, or some other kind of buff. The basic premise of this mode is that an alliance has been formed to prevent the invasion of Gorgos. Payers will select a team of three fighters and face off against “mimics” across each continent on the planet. Each area of the planet has a meter. Once it reaches 50% you will fight one of his “Omens.” If done successfully you can eliminate a piece of Gargos and make him weaker in the final battle. 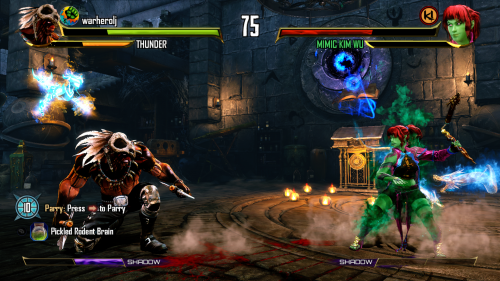 I once single-handedly took down an Omen as Thunder, one of my favorite characters

The characters and environments all look great. It is cool to see the redesigned versions of the returning characters. The three guest characters are handled very nicely too. The Arbiter is probably my favorite to use. The soundtrack includes some hard rock/heavy metal tracks that are largely forgettable, but the tracks that stuck out to me were remixed versions of a few classic stages themes. One thing I get a good laugh out of often is the announcer, who seems to be the very same since the original; this time he intentionally exaggerates the famous “Combo Breaker!” line, including a new one where he yells “Ultraaaaaaa Comboooooooooo!” as you unleash a finisher on your opponent that consists of a ridiculous amount of hits and an electric guitar that keeps a rhythm with each blow. 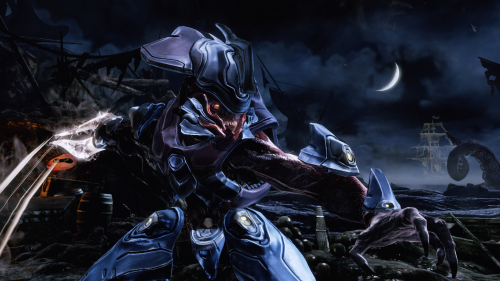 Arbiter is a guest character, the other two available are one of the Battletoads and General Raam

If you have been sitting on the fence about Killer Instinct now is a good time to pick it up. The $40 price tag is something I wish I would’ve paid. Having said that, I don’t regret my time with the game even though I hadn’t put very many hours into it until recently. For last three years you could say that it resembled a Dragon Ball Z villain by figuratively saying “This isn’t even my final form!” At the very least, it has finally absorbed all the androids and is now perfect. As a complete package, Killer Instinct has made a slow but great comeback into the fighting genre.