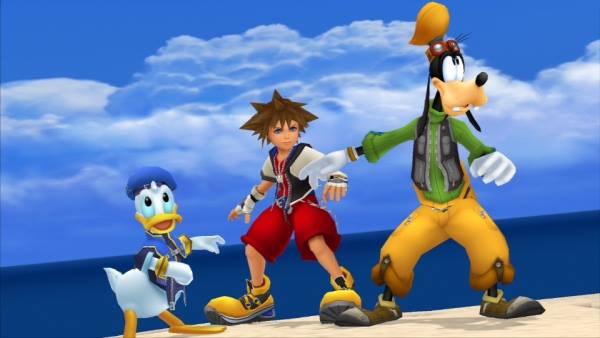 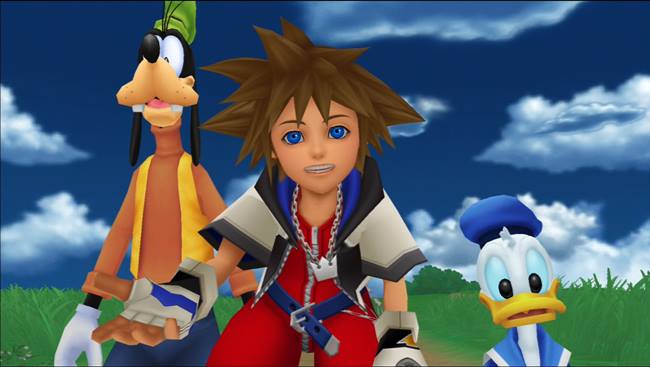 Sora, Kairi, and Riku live in a small world called Destiny Islands. After the trio decides to make a raft and go see other worlds, Destiny Islands is attacked by creatures known as the Heartless. The Heartless are creatures that go around to different worlds stealing the inhabitants’ hearts and then engulfing the worlds in darkness. During the Heartless attack on Destiny Islands, while Sora tries to track down his friends Riku and Kairi, he is chosen by a magical weapon known as the Keyblade. After the islands are engulfed in darkness, Sora wakes up in a different world and soon meets his new companions Donald and Goofy. Sora is told that his weapon, the Keyblade, can vanquish the Heartless, as well as seal the Keyholes of the worlds. By sealing these Keyholes, Sora can protect the worlds from being destroyed by the Heartless. Sora goes to different worlds, looking for his friends Riku and Kairi, while Donald and Goofy looking for their King, Mickey Mouse. 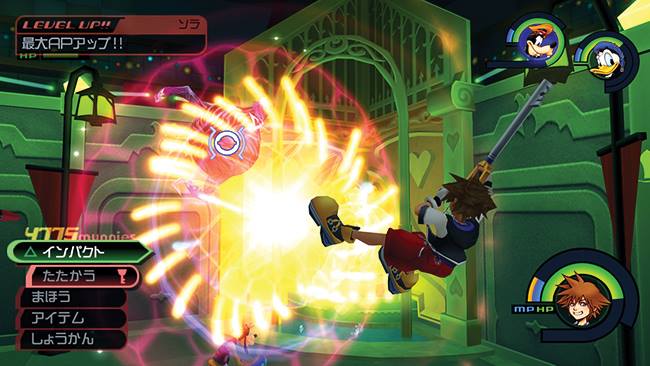 Kingdom Hearts progresses linearly from event to event in the storyline. Meanwhile, different side-quests to keep the player busy. You can choose which worlds you want to go to in whatever order pleases you (as long as they are accessible). You can unlock new worlds by progressing through the story. There are several side-quests and combat tournaments throughout the game, not to mention collectables like special items, reports, and powerful weapons.

Combat in Kingdom Hearts is an action-based, hack-and-slash system. As you level up yourself and your party, you will gain new combat abilities, as well as new magic abilities and the ability to summon helpful characters in battle. You can also unlock combat abilities by gaining ability points. Kingdom Hearts also has a party system. For most of the game, your original party contains Sora, Donald, and Goofy. As you travel to different worlds, you can gain different party members. For example, when you travel to the world Deep Jungle, you can replace Donald or Goofy with Tarzan. Or, if you go to Neverland, you can replace one of your original party members with Peter Pan. 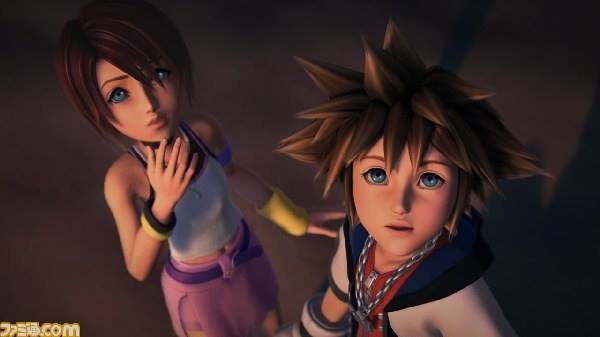 As far as the music goes, 66 tracks were re-recorded live for the entire 1.5 collection, with the majority of them focused on Kingdom Hearts Final Mix HD. Square Enix knows how to touch your heart by combining music with important dialogue, making you feel what the characters are feeling.

Kingdom Hearts has held a special place in my heart for many, many years. While not every Kingdom Hearts game is perfect, it is uniquely special in its story. I, personally, am invested in the characters of Kingdom Hearts, and I hope this review will allow the magic of the Kingdom Hearts series to reach even more people who have never heard of this very special game. You will not be disappointed by Kingdom Hearts Final Mix HD.