Event Report: The Legend of Zelda: Symphony of the Goddesses

I was ten years old when I first learned that it was “dangerous to go alone.” I watched my cousin dive down a tomb in a graveyard and face off with the freakiest mummies/zombie/dead things ever. They were called Redeads. They screamed, stalked, and pounced; if you looked in their eyes—or where their eyes should have been—you were a paralyzed goner. That same day I saw a glorious green field, wider than any pixilated, 3D realm I had ever beheld. I met friendly, rock-munching creatures called Gorons, went to a ranch and learned a song, traveled through a castle and entered a choir-filled cathedral…

Thus began my fascination with The Legend of Zelda : Ocarina of Time. 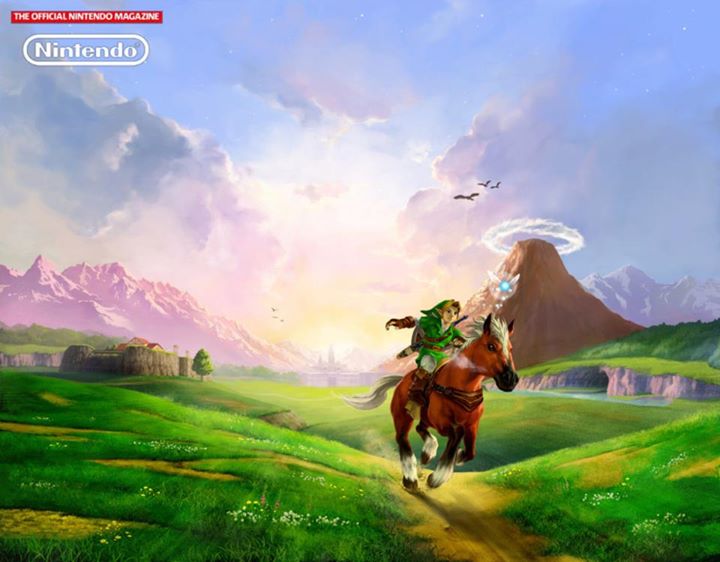 Though I’d only seen maybe an hour or two of the game—and had not yet played it myself—nothing stopped me from going to an obscure little game store and purchasing the golden cartridge for my Nintendo 64. That day was the start of my own journey into the land of Hyrule—a journey that I’ve been pursuing for almost 12 years… and one that I dearly hope will never end.

You can imagine that when I learned the Legend of Zelda: Symphony of the Goddesses was coming to a theater near me (well, an hour from me), I fired up the internet and ordered my tickets faster than a jogger with the Bunny Hood.

The date was July 14, 2012—the day I’d been waiting on for half a year. The time was 7:00 as I drove into the parking lot with my family, passing many green hats and pointy ears on the way. The concert started at 8:00.

As I walked across the lot, I made note of no less than two Links, four familiar pointy hats, and a Mallon riding a golfcart. As I arrived at the square, I noticed a plush Triforce being held high above the heads of the crowd. I recognized it as belonging to a prop-heavy Link cosplayer that I met at Megacon earlier that year. I really shouldn’t have been too surprised to see him.

Massive lines had already formed at the entrance (an hour early, mind you), and I knew from checking online that the concert had been a complete sell-out. The crowd contained very few people under age fifteen, and almost everyone was proudly displaying the golden colors of Zelda’s famous triangle.

In hindsight, I can’t help but think that the square reminded me of the center of Hyrule Castle Town in Twilight Princess. The variety of people and th 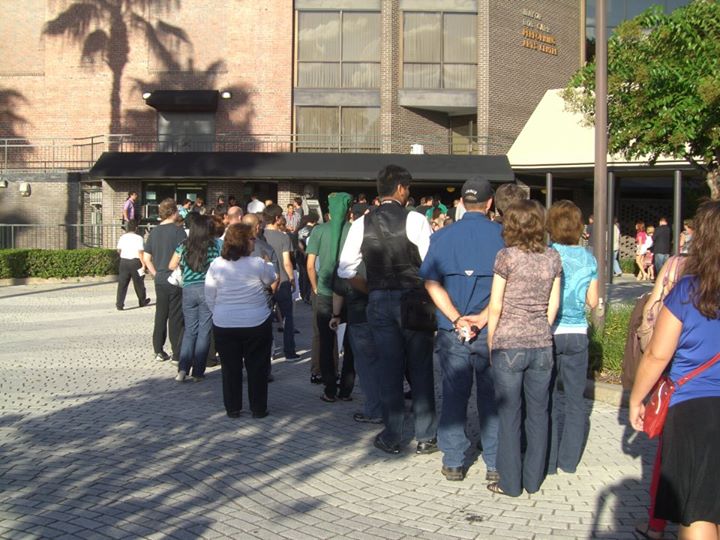 As I shuffled inside, I was struck by the way fans crammed the halls, making getting around quite a chore. Vendors sold occasion-made shirts and posters, which unsurprisingly vanished before the night was over.

While waiting to be admitted to the left balcony seating, I witnessed many impressive cosplayers. Many elf ears spiked out from beneath green hats, although there was actually much variety in the Links that I came across—Goron tunic Link, Skyward Sword Link, Spirit Tracks Link, 1986 Link, and Twilight Princess Link. Even a black-leather biker Link. A couple of Zeldas graced the concert hall, and I even saw a Fi right before I left for the parking lot that night.

Despite getting seats in the far corner of the left balcony, I was still able to see the orchestra quite well. An enormous screen backed the stage—much bigger than I had anticipated—and the sound crew kept the fans pacified by playing some soundtracks over the speakers to keep us occupied until the start of the concert. The audience was packed, and I found myself sitting behind a couple Links, one of which later engaged me in a discussion about Ocarina of Time’s temples. A few “Hey! Listen!” quips flitted around the sound system. 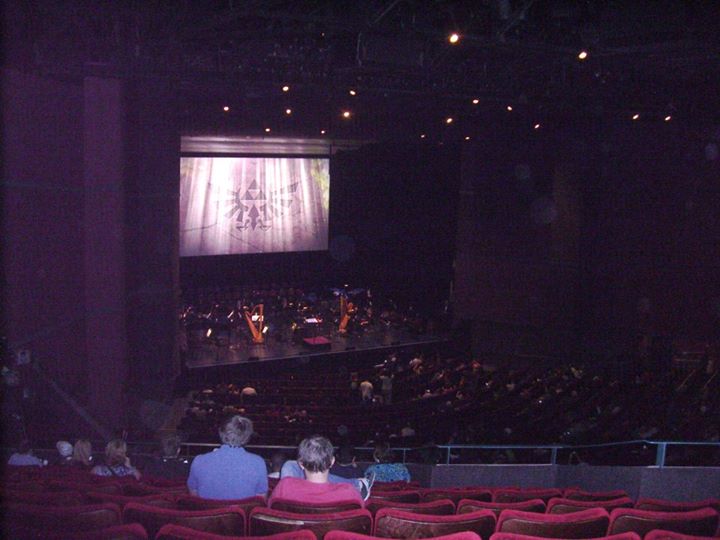 The symphony started in true spirited fashion with a rousing opening. The cinematography timed out flawlessly with every beat, which impressed me. The melody blended the main themes from several different games, spanning from the original Zelda to Skyward Sword. When the last note reverberated through the auditorium, the audience went wild with whooping and clapping—certainly not your typical classical-symphony show of appreciation.

The concert continued with introductions to pieces, which included singles as well as four full movements based off of Ocarina of Time, Wind Waker, Twilight Princess, and  A Link to the Past. The conductor and coordinator proved to be true fans of the franchise, which was a relief, as I was slightly afraid the over-seeing had been handed off to someone with no prior experience with the games.  As the announcements flew by, so did the nerdy Zelda humor: 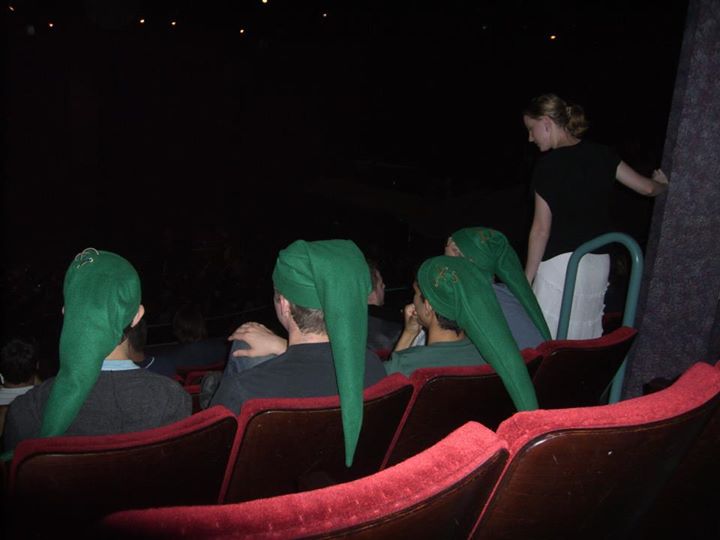 “Now we’re going to be doing one of my favorite games,” said the concert coordinator. “This is the Twilight Princess movement. Break out your timelines!”

And, another time, before the Wind Waker movement: “This one’s the story of a boy and his blue pajamas.”

And after the “Fairy Fountain” theme: “Everyone feeling refreshed now?”

What most impressed me about the audience was the powerful sense of unity tying us all together. There was an energy in the air that screamed, “We are Zelda fans, and we love what you guys have put together!” As the last movement closed out, every person in the audience gave a five minute, standing ovation. The conductor and head of the project were obviously very impressed with the feedback, even stating that Comic Con hadn’t given them so much praise and that we were a very lively lot. To show their gratitude, the orchestra treated the audience to not one, not two, but three encores! In exchange, we gave three standing ovations.

“I’ll give you a hint on this last one,” said the announcer before the final piece. “It’s about a Skull Kid who finds a certain mask…”

You should have heard the audience’s reaction to that one.

Some true surprises popped up throughout the night that sent the fans into a cheering frenzy. In fact, much of the enjoyment consisted of the unexpected.

As the conductor prepared to direct the Wind Waker movement, she took a velvet pouch from her podium, commenting, “Being a conductor, you know that I love this game. So…”

When she pulled a Wind Waker replica out of the pouch, the crowd went wild. She directed the entire movement with it.

If the music, the footage, and the performance were one half of what made the symphony unforgettable, then the fans easily made up the remaining half. They laughed and applauded, even in the middle of the pieces at time 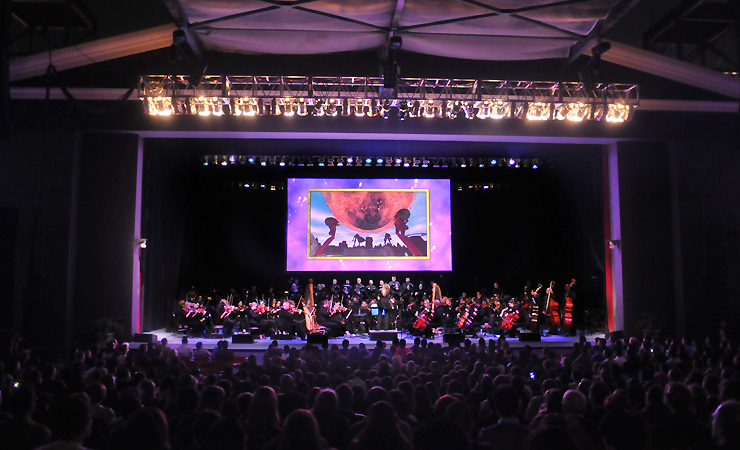 s, while still maintaining a polite respect for the musicians. A clip featuring “It’s dangerous to go alone” echoed with a blast of audience approval, and when the Ocarina of Time movement ended with Majora’s Mask spinning off into darkness, I could practically hear the chilling gasps and ominous whispers that murmured through the seating. A segment featuring a swarm of Cucu on the warpath had us all giving hearty guffaws at poor Link’s plight.

Taking my parents along was a real treat as neither of them had watched much Zelda or heard much of its music. My mom found the pieces absolutely beautiful and my dad was surprised that the orchestra was not your typical “classical-music” session, instead being much more laid-back and “fun.” Needless to say, I had explained several plots, characters, and even the split timeline theory, to my mom before we left the balcony.

Only the Beginning of the Adventure 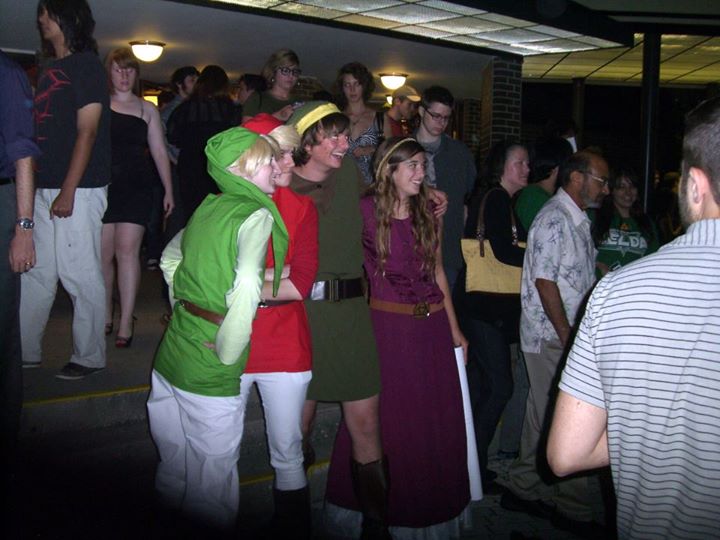 As a 12-year Zelda fan, I found the Symphony of the Goddesses a one-of-a-kind experience. I wouldn’t call it disappointing in any way. Perhaps my only regret is that the theme from Skyward Sword was not on the repertoire (although it did get a bit of ear-time in the opening piece).

If you missed the concert, couldn’t buy tickets, or didn’t know about this wonderful symphony, you’re in luck. The concert is returning with several tour dates for 2015, so be sure to check the official website for the touring schedule.

Needless to say, if you call yourself a Zelda fan, this is a concert that you shouldn’t miss. No CD, no Youtube video, and no friend’s word, will be able to equivocate to seeing it—and hearing it—for yourself.

And me? I got to check something off of my bucket list, and I’d go see this masterpiece again tomorrow if I could.