It is known among my friends and readers that I purchased a Nintendo Switch during its 2017 launch so that I would have been fully prepared for Metroid Prime 4. Indeed, the joke is on me, as we all know that venture went sideways. My Switch, then, would have become a dust bunny collector save for my children, who play Splatoon 2, Animal Crossing, and Smash Bros. Ultimate on it regularly.

When Nintendo announced that a new Metroid game would be coming out in the fall of 2021, I was filled with…dread. I knew good and darn well that it couldn’t be the game that I desired, because the last time I checked, Retro Studios was still hiring for people to assist with MP4’s development. Alternatively, my teenage children were ecstatic about the Metroid Dread announcement; Daddy would get his first console-quality Metroid game since before they were all born, and just in time for [my] birthday. 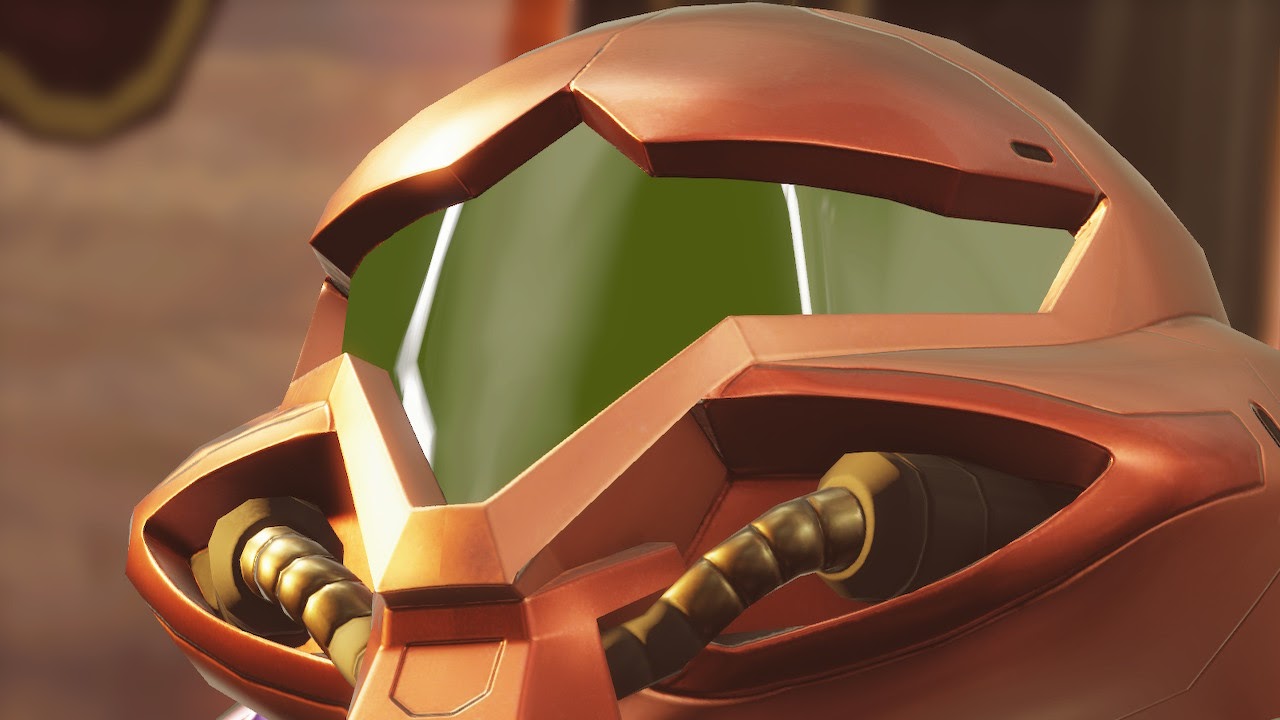 Taking queues from our Samus Returns review, Metroid Dread is free of the typical material that warrants an ESRB rating. This game is rated T for Teen, likely due to the fact that shooting energy projectiles, firing missiles, and planting bombs is central to the gameplay. Most relevant to the rating is Metroid Dread’s deployment of also deploys light horror. No jumpscares here– just (occasionally foreboding) vibes. 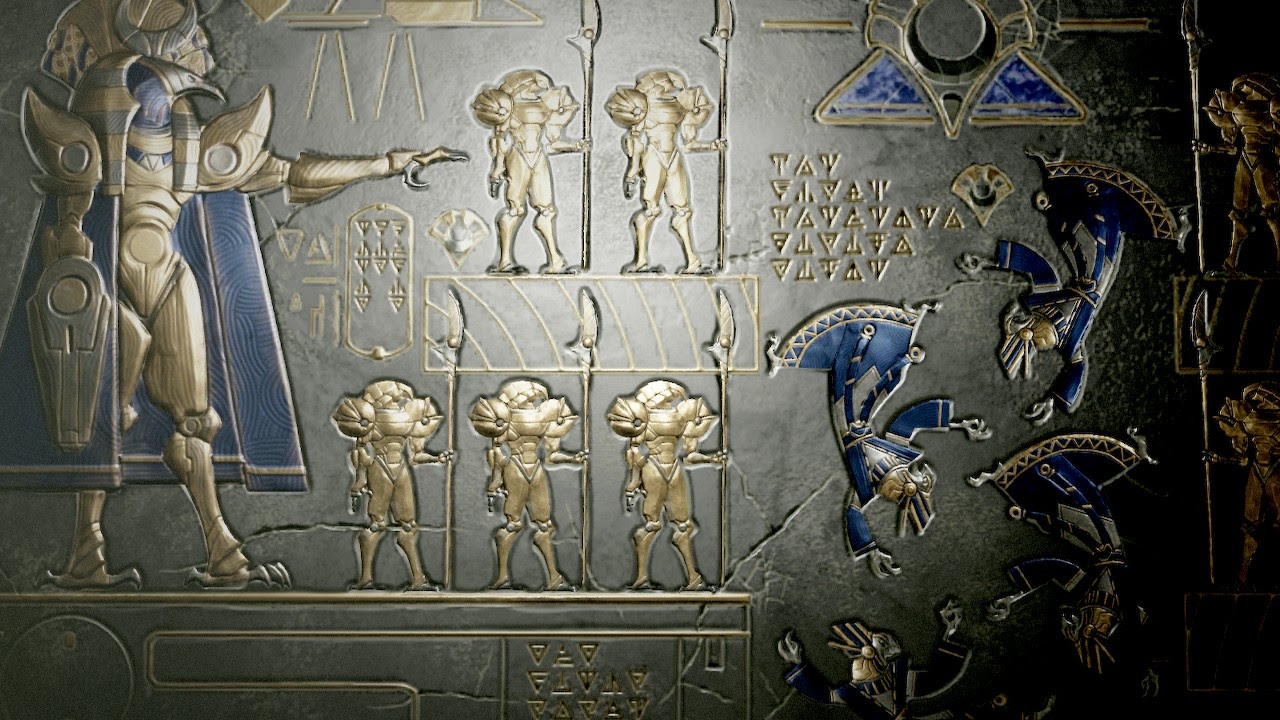 Metroid Dread introduces new Chozo lore and insight into Samus’ relationship with them.

Two gaming generations have past since developers working on big-name games began rendering introductory cutscenes in realtime, abandoning the CGI approach that made FFVII famous. Nintendo got the memo, but went in the opposite direction. Metroid Dread opens like a visual novel, alternating between still images and walls-o-text to convey its backstory from 2002’s Metroid Fusion. In one slide, Samus’ gunship floats pitifully in a hangar, simulating a miniature effect reminding me of 1970’s sci-fi. Despite the distractingly poor production values, Dread competently establishes its plot: the dangerous X Parasite, indigenous to planet SR388, was not completely destroyed during the events in Metroid Fusion. Traces of its existence were discovered on planet ZDR. The Galactic Federation launched seven E.M.M.I. to investigate, but communication with the robots was soon lost. Because the Metroid, the Chozo bio-engineered organism that is the only known X Parasite predator, is extinct, responsibility for investigation falls to Samus, who is immune to the X, a condition that puts the “fusion” into Metroid Fusion.

Metroid Dread’s intro presentation method was acceptable for prior Metroid games—with the exception of the Metroid Prime Trilogy—because they were released on platforms that were not even as powerful as the SNES, true to the company’s “lateral thinking with withered technology” philosophy. In the past, still renders and walls-o-text made sense. However, the Nintendo Switch is the most powerful Nintendo console ever; I was expecting a cinematic that would blow me away, building upon the action hero version of  Samus seen in Metroid: Other M. 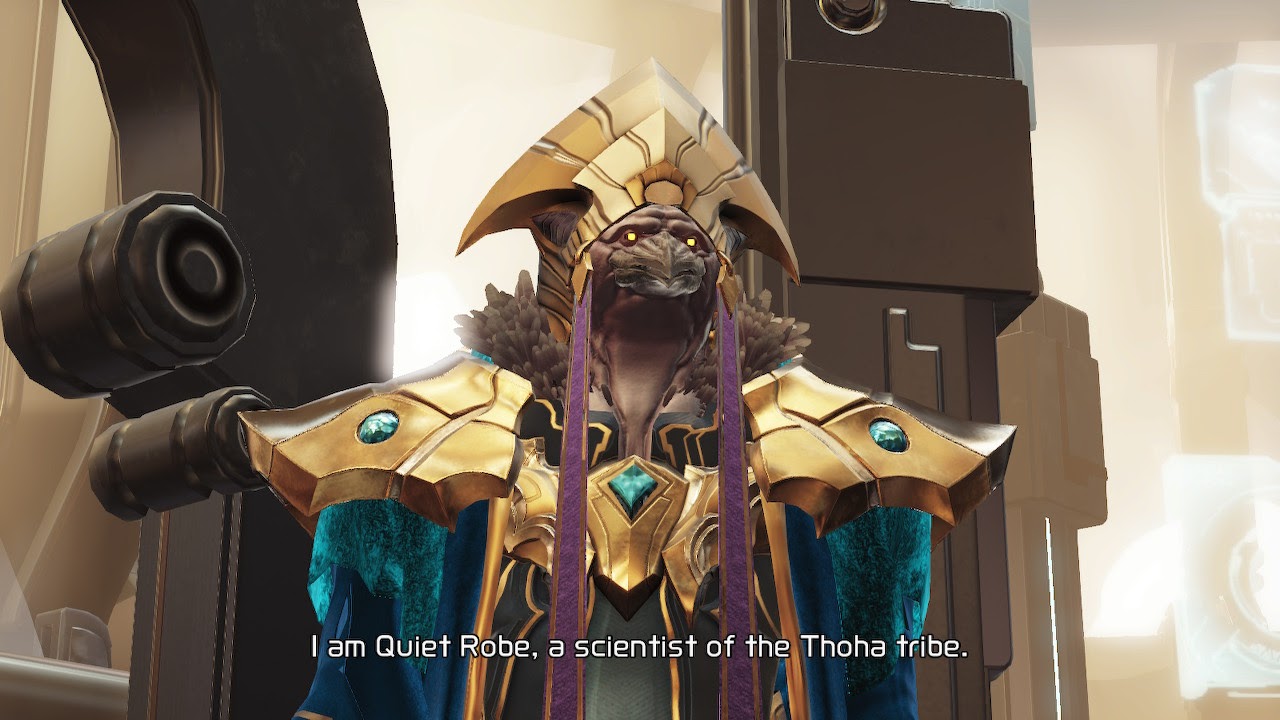 There are some good cutscenes in Metroid Dread, but not nearly enough for my tastes.

Instead, Metroid Dread confirms my fears that it was resurrected from the 3DS era to appease Metroid fans. This becomes apparent as soon as the game relinquishes control to Samus, for the imprint of developer MercurySteam and Samus Returns is undeniable. Aesthetically, Dread is an upscale Samus Returns in HD. 3D models rendered in the foreground operate on a 2D plane separated from the background, also rendered in 3D. Jaggies are few if detectable at all, and the game runs at 60 fps most of the time. The occasional slowdown that would occur–almost always when I charged Samus’ arm cannon–does not severely impact gameplay, yet I would sustain psychological damage when it happens. At no point is Dread graphically intense enough to justify slowdown of any kind, prompting me to wonder what is happening behind the scenes in the Switch’s software, or MercurySteam’s optimization.

I am including this screenshot because anyone who plays can reproduce the slowdown effect with a charged shot jump here. There does not appear to be enough on the screen to warrant slowdown, so why does it happen?

I wonder about these things because the loading times are atrocious. Like Samus Returns, Dread’s map design is disjointed, resulting in at least a dozen elevators and teleportation modules that Samus uses to travel between zones. Each treats players to really good-looking loading screens featuring large renders of Samus that fool me into thinking that the best is yet to come. Yes, these renders are awesome, but I would rather not have to look at them so often; I exhausted my social media feeds a few times while waiting.

Samus looking awesome as she awaits arrival to her next destination. However, I do not want to be just looking and waiting, but playing.

Additionally, this map segmentation discourages extended play. The segmented nature of the maps does not encourage extended play sessions. This is a strange feeling, playing a console-caliber game designed fundamentally for a handheld platform. 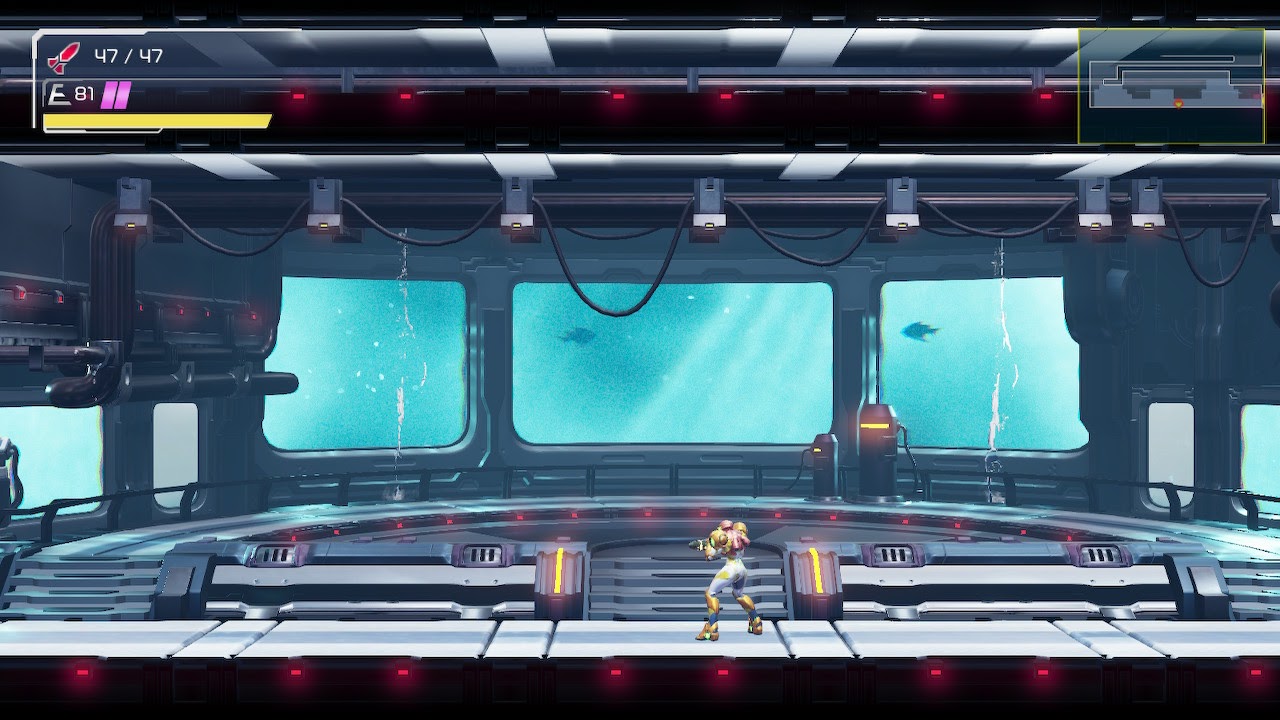 Large, empty rooms like these are strike me as wasted potential for something of import.

If it ain’t broke, transpose it into the next side-scrolling Metroid game, seems to be MercuryStream’s approach with Dread, to such a degree that one can play no commentary playthroughs of Samus Returns and Dread side-by-side on YouTube to demonstrate what little has changed since 2017…or 2002…or 1994. Four years ago, I wrote that the trope of Samus being stripped of her powers and expecting players to collect them all again was getting old. Dread does not divert from the formula. Enabling players to unlock abilities that progressively increase their power, enabling them to do a little bit more, a little bit at a time is a tried-and-true approach to increasing gamer dopimine levels. However, a modern adventure platfomer like Ori and the Will of the Wisps has demonstrated how it is possible to make a sequel that builds upon a character’s moveset rather than contrive reasons to strip them of their powers only to earn them back, plus a few new tricks. I want more of that. 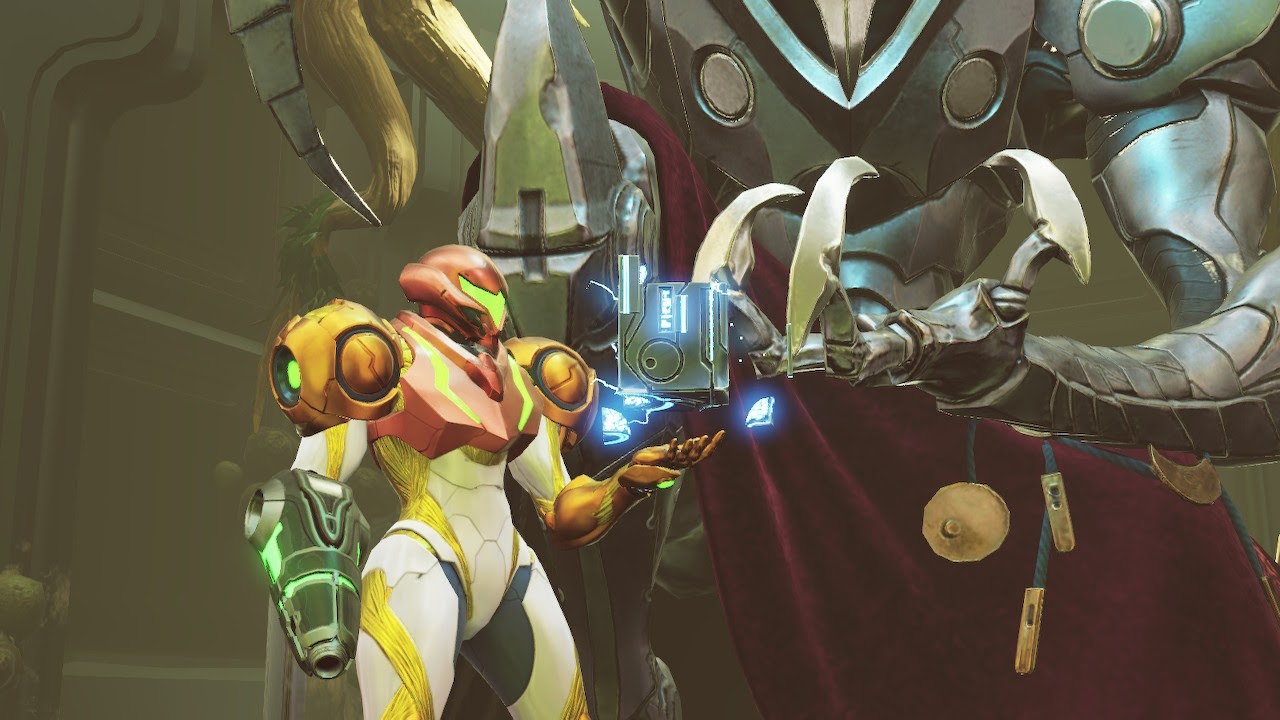 A central driving force behind the facination with Metroid(vania) games is the hunt for the next unlockable that will assist in overcoming a progress barrier.

As far as old tricks are concerned, attack deflection returns. Parry-eligible enemies once again conveniently spark, prompting players to time their deflections, where a successful parry allows Samus to perform special attacks. MercurySteam best implements the parry ability against bosses, but inconsistently so. Certain parried boss attacks treat players to those special Other M-style action sequences that I enjoy seeing. The inconsistency is that it is possible to defeat bosses without ever triggering these animations. I found myself intentionally losing to bosses a few times because I missed the parry cue in the boss pattern, and I did not want to miss out on what high-production animations that Dread does offer. 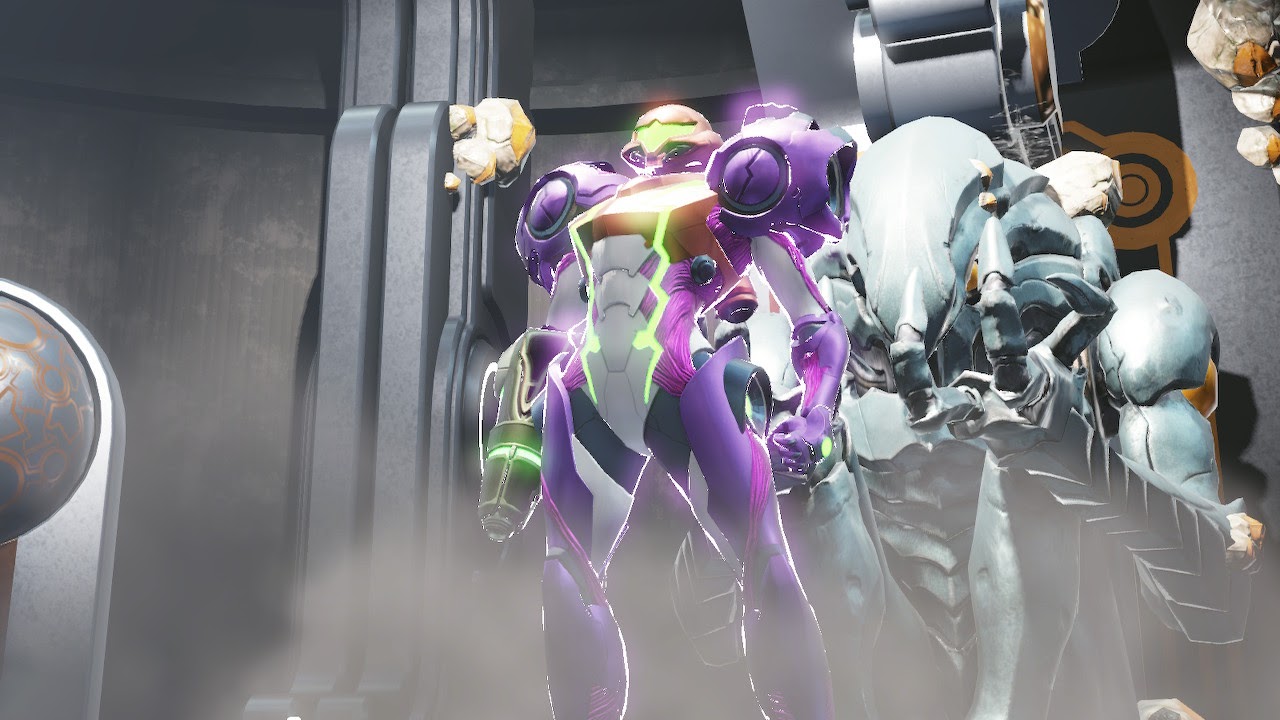 I thought about whether or not to include my screenshots of Samus in her Vira or Gravity Suits. I concluded that they are expectations rather than secrets, so why not? And why should I settle for the same expectations?

What Dread brings new to the table are the E.M.M.I., which are supposed to be the enemies the player…dreads…because of their pseudo-invulnerability and indefatigable pursuit of Samus. Yet, they are only “new” if one considers Metroid the center of the gaming universe; in the grand scheme industry, the Resident Evil franchise has already trapped players in an area on the map with a neigh-invulnerable, menacing foe gimmick. In fact, the presence of games like the Amnesia series indicates that “escape scenarios” has developed into its own genre! 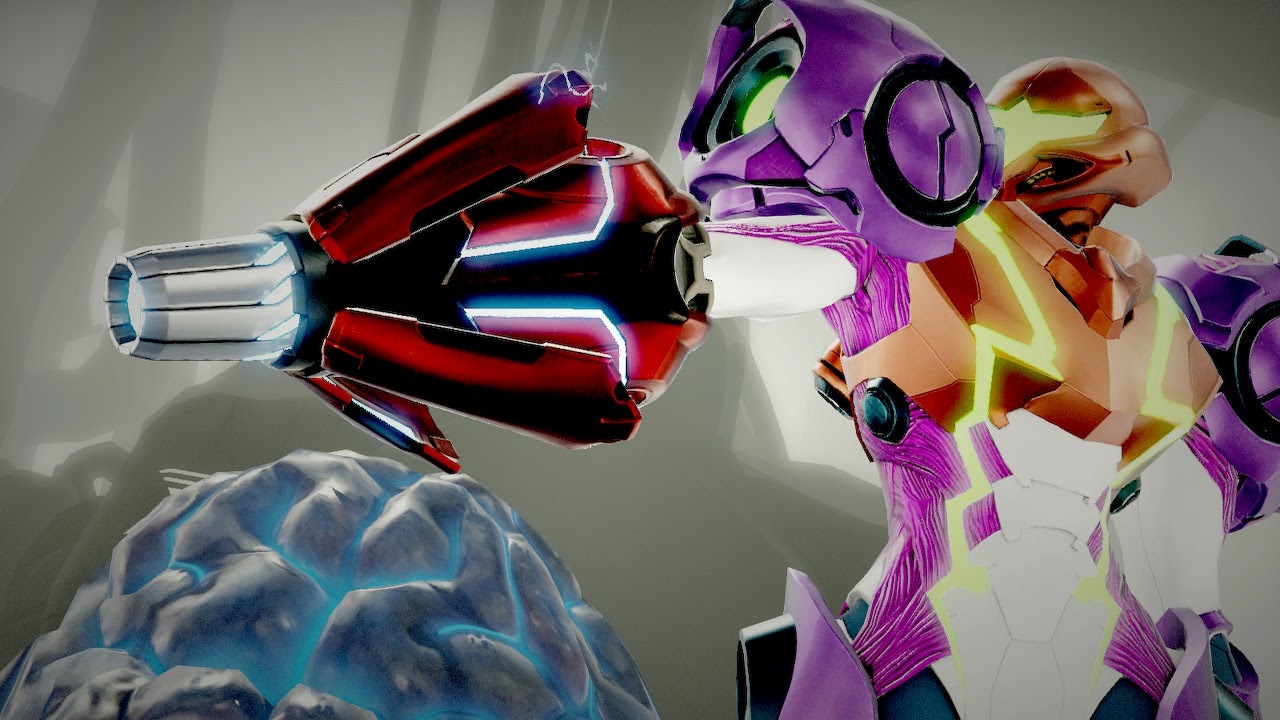 I am a fan of the Omega Cannon. I just wish Nintendo bothered to tell more about this power and Samus’ synthesis of it.

I do like the Omega Blaster/Cannon that players have to locate to dispatch the E.M.M.I. Otherwise, the E.M.M.I. are a minor nuisance due to Ninteno’s insistence on generous placement of save rooms and checkpoints. An E.M.M.I. catching Samus is supposed to be a traumatic event, especially considering how the timings of the prompts for her final two chances to escape capture are randomized. Because players lose little when apprehended, E.M.M.I. do not instill dread, but irritation.

Samus will gain Stealth, mainly used to evade E.M.M.I. and pass through certain doors. After that? Forgotten ability. Storm Missiles (multi-missiles) are the best new ability, and have many uses.

Dread’s soundtrack is so generic and uninspired there are only a scant few tracks that I would tolerate listening to on a playlist: “Title Theme,” “Network Station,” and “Burenia” (both themes). Even arguably my favorite iconic melodies in all of video games, “Samus Appears,” is a remix of the low-bitrate Fusion version, while the Samus Returns version is inspired by the Metroid Prime games.

Getting Other M vibes from that tone.

The regression of the OST toward the early 2000’s rather than the late 2020’s is a microcosm of how MercuryStream and Nintendo insist on looking toward the past with Metroid Dread rather than the future. Just because Nintendo owns Metroid does not automatically make every release sacrosanct. With games like Hollow Knight, Blasphemous, Dandara, Sundered, Axiom Verge (2), and again, Ori doing so many interesting things with the metroidvania adventure platformer genre in terms of art direction, story, enemy and level design, and OSTs that are conveniently purchasable on Bandcamp, Metroid Dread feels comparatively dated right out of the box. Most Metroid fans will be thankful that this game is a sign that Nintendo has not forgotten about Samus; I went into this game expecting something less…retro. 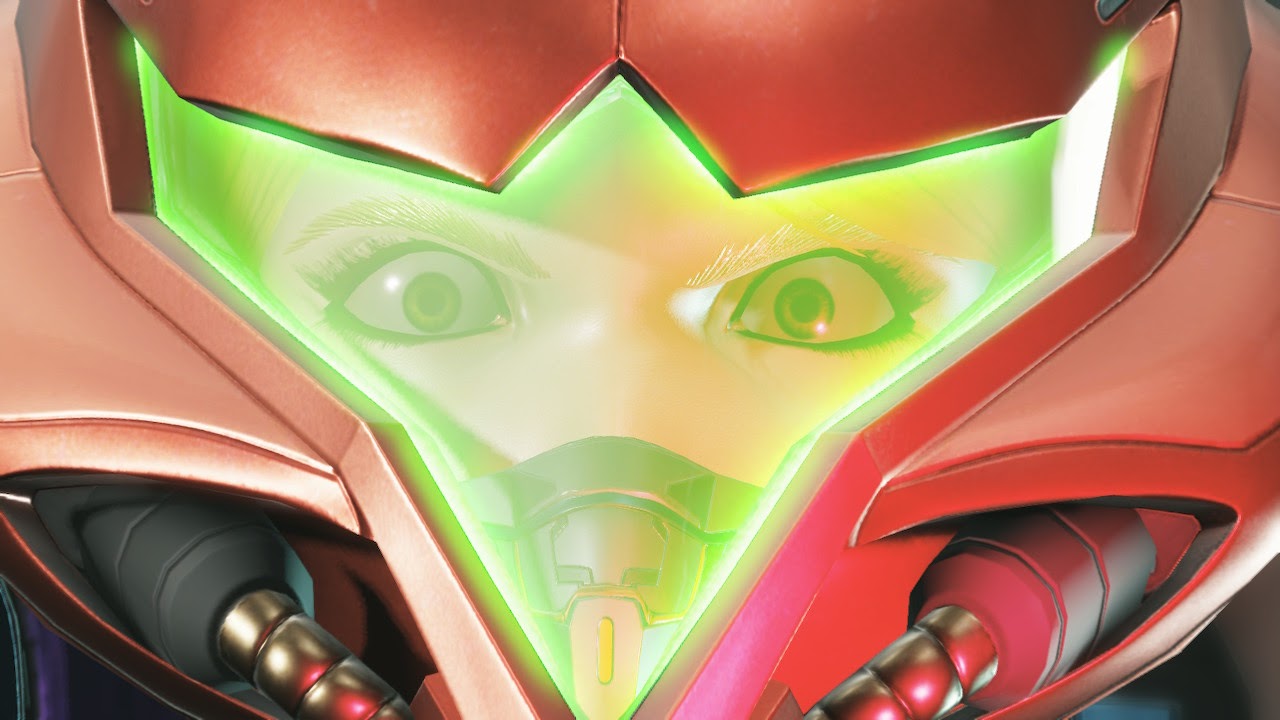 Folks’ expressions when I tell them how I feel about Metroid Dread.

My kids watch me play, knowing I’m a Metroid fan and that I was looking forward to this game for my birthday.

“HOW IS IT DADDY?” they ask me in excitement and anticipation.

“It’s aiight” is all I can manage. I am gentle with them, but not with this review.

I expected more out of Metroid Dread than a facelifted remix of Metroid Fusion and Samus Returns.