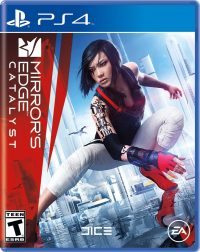 Back in May I got to indulge in some “hardcore parkour” when EA and DICE released a beta for Mirror’s Edge Catalyst, for which I wrote a preview. I did pick up the game at launch, but due to a number of factors I had not been able to dedicate any time to the game until now. This time around there were no limits, it was just me, the City of Glass, and the law enforcement—It didn’t take me long to tread all over them either.

The content in Mirror’s Edge Catalyst is not very explicit compared to many other games out there these days. In the shoes of Faith you will be taking on a group called K-Sec that serves as the city’s law enforcement. She does not use any guns, and the combat is strictly hand-to-hand martial arts. Except for a few cases in the story, the player does not actually have to fight while exploring the city and has the option to avoid conflact. Negative language is light and only includes the words “b*tch” and “bastard.” A few stronger scenes include a man that is electrocuted on a table, and in the other, a woman is held at gunpoint. 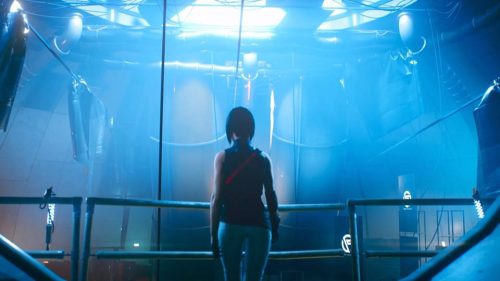 After playing the beta, the story was something that I was looking forward to in the main game. At first I was very conflicted on how I really feel about it. In the beginning, it is confusing because DICE does not take the time to set things up and you are dropped into it immediately. The reason for this is possibly due to the fact that the game constantly reminds you in the tips section of the loading screen that if you want to learn how Faith ends up in juvie to go and read the comic book. I am personally a comic book fan, but what about those who don’t read comics or graphic novels? I myself had no desire to go and purchase said comic.

Despite the confusing start, the game later on explains more of Faith’s background and puts things into perspective. The story does get better when certain events cause the tension to rise while giving Faith and the other characters some driving motivation and a little more depth. But ultimately, the ending is unsatisfying. It feels as though everything I had done hadn’t really produced any results. What we have here is a prequel and backstory to the first game that leaves things on the average side of this category. 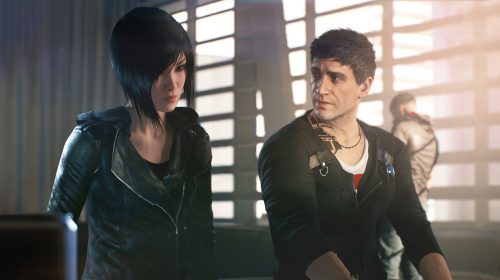 When starting the game I didn’t know who any of these side characters were or why I should care about them.

Having said that, I really had a ton of fun running around the City of Glass and causing trouble for K-Sec. In the beginning hours, I fell to my doom from these high rooftops a large number of times. By the end of the game, I was running like an expert, jumping, sliding, and climbing through each district with the greatest of ease. A nice addition is the MAG (Manifold Attachment Gear) Rope, which basically makes you feel like Batman. When it first becomes available, you will be using it to get across large gaps, but later on, you will be using it to propel yourself up to high points and  to pull down barricades and other testicles that block your path. Another tool that can be useful for both traversal and combat is the disruptor. It is primarily used on moving fans so you can get right through them. 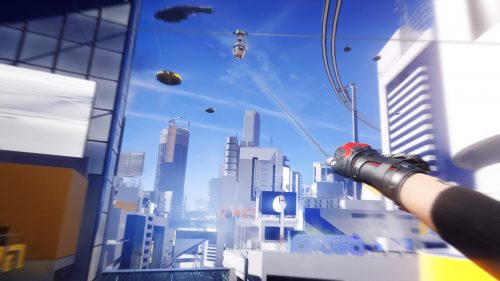 Combat itself has taken a larger role this time around, and ample opportunities are given to stick it to K-Sec toe-to-toe with Faith’s martial arts moves. Because she is more of a attack-and-evade kind of fighter, you will want to go in for a few hits then step back and evade until you get your next opening. Light and heavy attacks are part of your arsenal; light attacks deal a decent amount of damage while the heavy attacks are good for knocking your foes into each other or over rails and off of rooftop ledges. During these battles, Faith will sometimes execute some cool finishers in third person. There is also a focus meter that you can build up which enables you to emit a sound from your disruptor that will stun enemies, I knew about this technique but I never found myself in a situation that led me to use it. To some, the combat may feel dull and repetitive, but I really enjoyed it, especially during the missions where I utilized jump kicks and slide attacks during my escape. 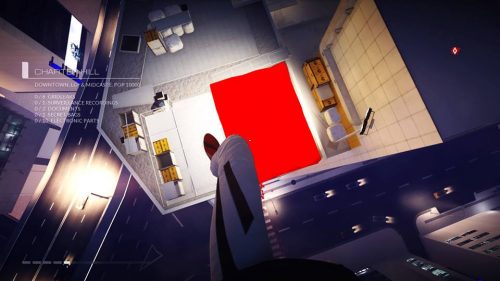 The area in which Mirror’s Edge Catalyst excels is the presentation. It is developed by DICE, who are primarily developers of the Battlefield series. Here you will find nothing less than stunning graphics that stay true to the style of Mirror’s Edge along with realistic character models. The developer’s decision to give us a world we can freely roam in turned out to be successful; the three districts you will be visiting even have their very own distinct look with the starting area resembling the first game very much. The second is a business-like area with tall buildings whereas the third is more of a construction/industrial type. As for the music, If you were a fan of the first game’s soundtrack like myself, then you will be glad to know that Solar Fields is back again for this soundtrack. I am actually listening to it as I write this and it is pretty solid. 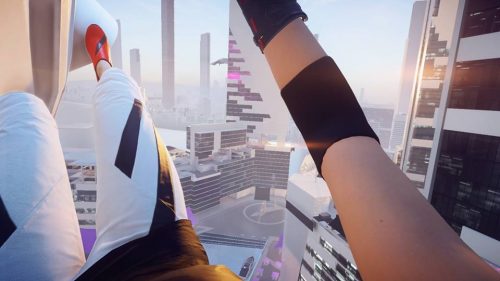 One of Faith’s more vulnerable moments.

To sum things up, despite the popular criticism Mirror’s Edge Catalyst has been receiving it remains to be a solid title. I have enjoyed breaking Kruger’s hold on the City of Glass with every step, especially with the user generated trials that the community has created. If you ever find yourself bored or are finished with the story why not run some of those trials or create your own to test the skills of other runners? Catalyst is largely an improvement over the previous game, and if EA wants to dig deeper into this franchise I’d be glad to lace up my running shoes again.

Mirror's Edge Catalyst is an exhilarating experience when you find yourself running in perfect harmony through the citymscape while knocking K-Sec around. Unfortunately all of that comes with a slightly confusing narrative.

Posted in Best of GUG, Gaming, PS4, Reviews, Xbox One