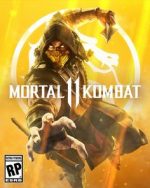 The Mortal Kombat franchise is notoriously known for influencing the creation of the ESRB; making mainstream news. More recently, one of the  Mortal Kombat 11 developers was diagnosed with PTSD due to the nature of its violence. As the graphics get better, the violence gets more gratuitous.

If you’re reading this review, you likely know what you’re getting into or haven’t played a Mortal Kombat game in years. Mortal Kombat 11 includes a wide range of new features and gameplay mechanics and that you want to know about and is a direct sequel to 2015’s Mortal Kombat X. Keep scrolling and let me tell you why Mortal Kombat 11 could have been a flawless victory, but walks the line of being a near fatality.

Spiritual Themes: In the world of Mortal Kombat, there are characters that have magical abilities such as sorcerers. Characters spent time traveling between alternate dimensions such as one called Outworld. One of them is known as the Nether Realm, which is very similar to Hell. There are deities that characters believe in called the elder gods and one of them is a playable character.

Violence: I could write a few thousand words and go into detail on every single way that characters can be killed via the variety of fatalities and brutalities that can be used. Grotesque violence is present throughout in the form of bodies being ripped apart, crushed, sliced, and more. The entrails and organs of the characters are also spilled during some of these moments. When a “krushing blow” is performed, players will see the bones of their characters breaking. Some characters have blades and blunt weapons that they will also use to act out these acts of violence.

The fatality and brutality finishing moves that most of these occur in are optional. A player does not have to perform these actions if they don’t want to, though the game encourages it.

Language: Characters can be heard saying the words f**k, sh*t, and a**hole

Sexual Content: This section isn’t a warning, but praise.  The female characters are modestly dressed this time around, which has not been the case for past entries to the series. 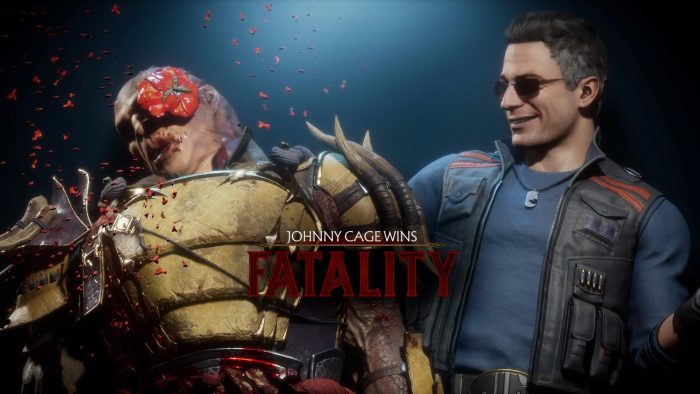 Johnny Cage does a ventriloquist act with the dead body of his opponent.

NetherRealm Studios has been doing fighting game stories right since Mortal Kombat v.s. DC, but it wasn’t until Mortal Kombat (2011) that they started this new trilogy. The story picks up right after Mortal Kombat X in which Raiden is face-to-face with Shinnok. Raiden gives in to the power of Shinnok’s amulet and upsets the balance of time. As a result, the keeper of time known as Kronika wages war against the warriors of Earth and Outworld. With her, she brings many warriors from the past, which makes for some fun story moments.

The story mode in Mortal Kombat 11 remains to be one of the strongest features of the series. It takes some notes from Injustice 2 and lets players choose between two fighters during a few chapters. The story focuses much less on the new generation of fighters and sees the return of fan favorites such as Noob Saibot and Frost. A few new characters are introduced, but I can’t see them returning in the future. Though this current trilogy reached a satisfying conclusion, it leaves the door open for more in such a way that has me curious about how they will continue with the franchise. 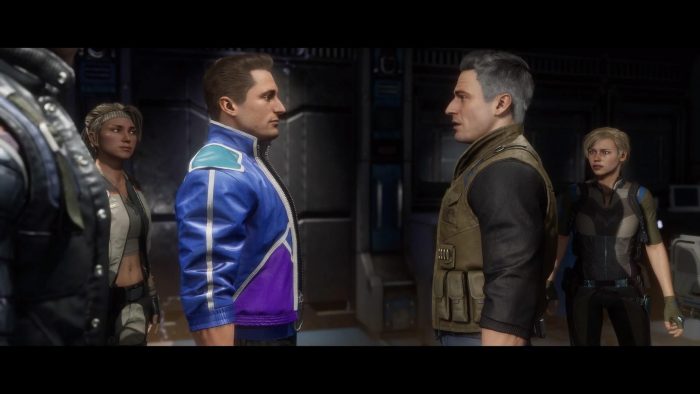 Many character comes face to face with their future and past.

Outside of the story mode, there is a lot of content here to keep people playing. Inspired again by Injustice 2 are the Towers of Time; these are arcade ladders with specific challenges that grant rewards upon completion. This is where I spent most of my time unlocking gear to customize some of my favorite characters. I appreciate the fact that NetherRealm continues to offer this kind of replayability for players like myself who don’t spend a ton of their time by fighting others online.

For players that are fans of the old school arcade ladders, the “Klassic” tower is available. Each character has an ending that tells the story of what happens when they defeat Kronika through hand-drawn still images. My personal favorite is a young Johnny Cage describing how he intended to go through the downward spiral of his career that he learned about from the time he spent in the future. Though I haven’t seen every ending, none have been nearly as interesting so far. 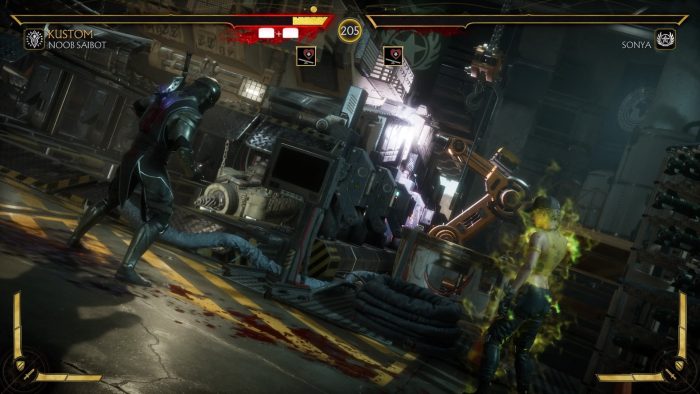 The Krypt is another area of the game that players will be spending a lot of time in to unlock gallery content, brutalities, fatalities, and more gear. However, this Krypt is not the same that fans have enjoyed. Instead of a fancy grid full of unlockable content, it’s more like a funhouse for loot boxes this time around. The fact that the game pings the server when I open a chest feels rather disgusting. It takes place on Shang Tsung’s island and acts as a tourist attraction, which despite the mode’s ugly innards, is fun to explore.

During the first week of launch, many had issues with the difficulty and grind of the Towers of Time and the Krypt. Since then, those issues have been resolved with more time to finish the towers and the Krypt being much more generous on the unlocks. The developers took around a week to make these changes after launch, and ultimately these modes have been more enjoyable because of their work. 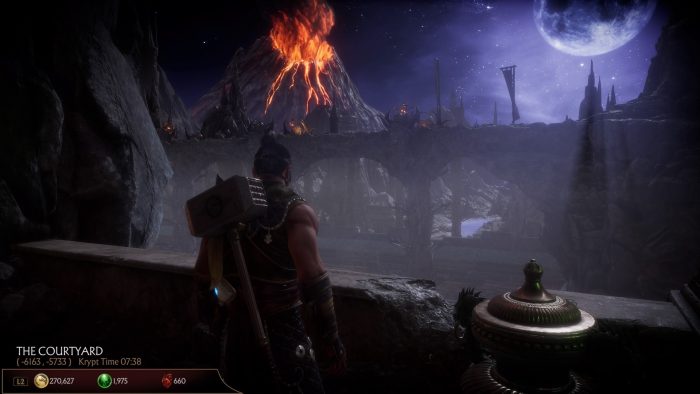 The bridge stage from the first game, you can even go see the pit under it.

As for actually playing the game, Mortal Kombat 11 gives a nice shot in the arm to the franchise. The core gameplay mechanics are still there, but with various additions such as the fatal and “Krushing” blows, the defensive perfect blocks and special get-up attacks create much-needed depth. For a deeper dive into these new mechanics, I’d recommend reading my preview. The fact that the special meter is now split into two requires players to think more strategically instead of burning on X-rays and combo breakers as we have done in the past.

For anyone looking for their favorite character, you’ll likely find them back in Mortal Kombat 11. MKX made a strong attempt to bring in a new generation, but the addition of many new characters rendered the game less appealing for me though there were a few I got attached to. Jacquie Briggs was a favorite of mine that makes a return, but I also now enjoy using Khotal Khan who I previously didn’t care for. The roster feels much more rounded out since I’ve found myself exploring the character selection screen instead of staying on one side as I’ve done with many other games in the genre. 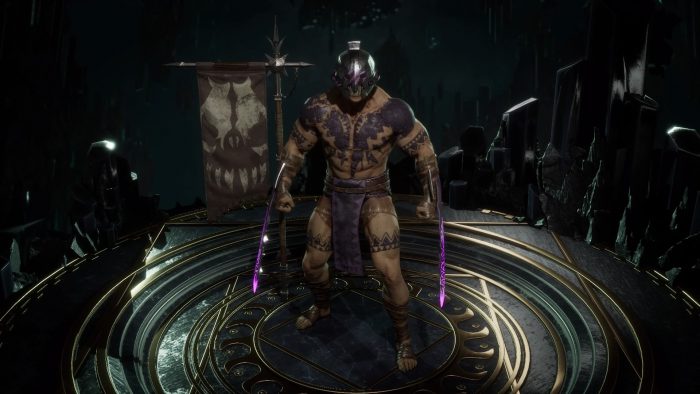 My version of Baraka looks like an Uruk straight out of Lord of the Rings.

The ability to customize these characters to our personal liking also helps with making them more enjoyable to use. Not only do we get three pieces of gear and interchangeable skins, but we can also now customize move sets. Changing up a character’s special moves can help alter a character’s playstyle to your liking. Each piece of gear also has modifiers that can be equipped to raise specific stats that are unique to that fighter. While Injustice 2‘s customization was heavy on visual and stat changes, I love how I can customize a character I don’t like into one that I’m willing to spend more time with.

I burned through the story of Mortal Kombat 11 within the first two days as it is only around 4-5 hours long. I then moved onto the Towers of Time and began the grind. I killed many hours fighting all the way up the towers and unlocking gear, but the grind got stale very quickly. This was likely due to my feelings about the Krypt, but it is very possible that I already knew this pattern all too well thanks to my time with NetherRealm’s DC counterpart. I was ready to move onto other games in about a week after I got my hands on Mortal Kombat 11. 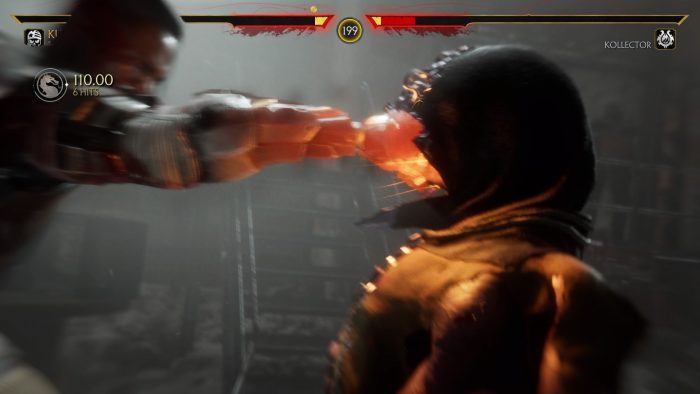 Jax has one of my favorite Fatal Blows

Competitive players will enjoy taking the game online. This is one of the few series of fighting games I’m personally decent at, so I did play a few matches against others. I did not experience any connection issues, and thanks to a small icon, I could tell whether my opponent was connected via ethernet or over wi-fi. The online modes could very well give me that thrill I didn’t find by grinding the towers.

Mortal Kombat 11 could stand as one of the greatest in the genre, but the service model that it is built upon keeps it from taking that title.  The fact that the game connects to the server for almost everything I do makes it feel dirty, especially with the Krypt being tied to everything that needs to be unlocked. The game is at its finest when I’m in a match and feels like the best that this franchise has ever been. Even with the glaring setbacks, Mortal Kombat 11 shouldn’t be overlooked by those who love the fighting genre.

Mortal Kombat 11 is both the franchise at its best and at its worst with great fighting mechanics that are a big step forward combined with the bell and whistles of the service model that currently plagues the industry.