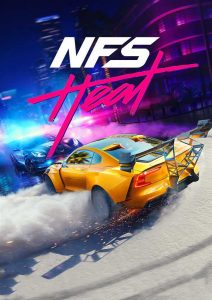 As far as racing franchises go, none in recent years have had more misfires than Need for Speed. From the start of their tenure of the series in 2013, things were not in Ghost Games’ favor. Matters were not helped with the franchise reboot requiring constant internet connectivity, and things weren’t much better in its sequel Payback from 2017. None of the new things that were implemented in an attempt to refuel the franchise were cutting it.

Violence: Lots of smashing vehicles into each other. Whether it is from trying to evade the police or prevent your opponents from taking your spot on the leader board, lots of crashes. Cut-scenes involving the police feature abuse of power through threats and acts of violence against the protagonist and crew. 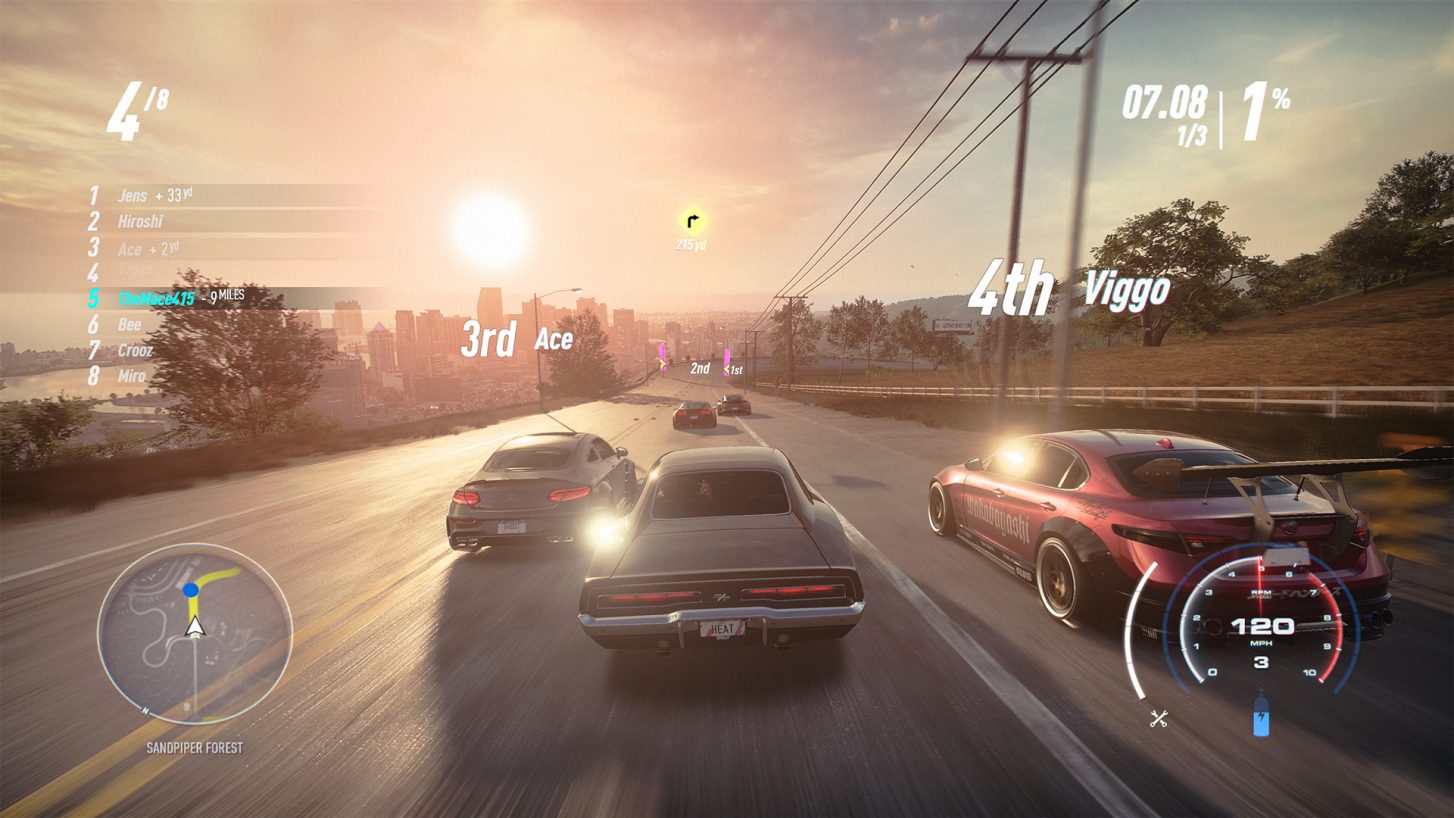 Language: The soundtrack features multiple tracks that contain harsh language both censored and uncensored in the forms of sh*t and f*ck respectively. A*shole is used in cut-scenes.

Other: At least half of this game is about breaking the law, disrespecting authority, and participating in dangerous stunts. Characters key a pig onto an officer’s vehicle. Please respect those in power and laws you are under. Drive safe; your life is worth more than feeling cool for reenacting something from a game. 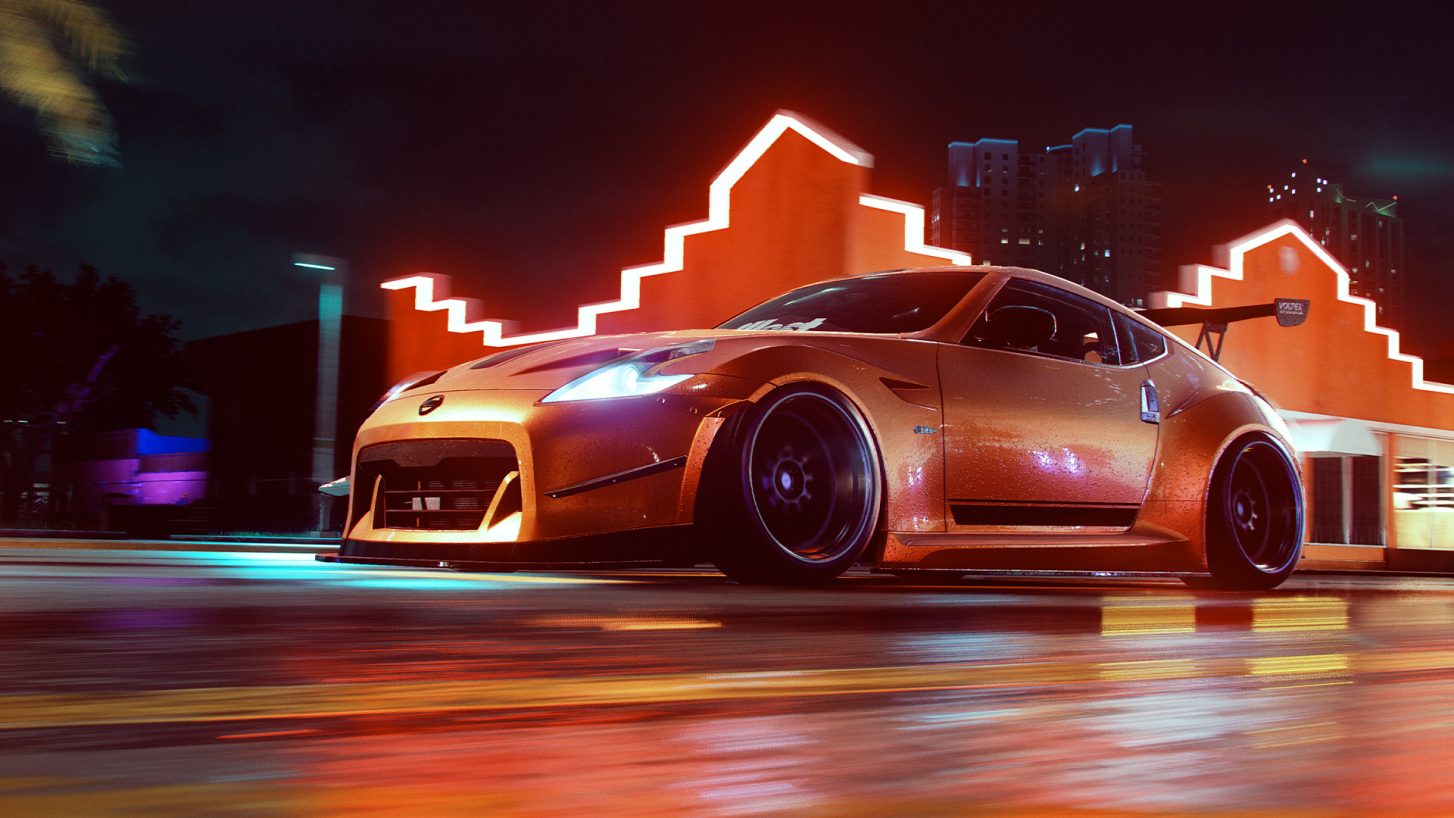 Need for Speed is a franchise that has been a little slow off the line the past two console generations. From Rivals to the reboot series, Ghost Games has had some trouble getting this classic racer ready and removing that clunk they have been plagued with. Thankfully, they have figured it out. After thirteen years, the magic is back and it is firing on all cylinders.

As a fresh face in Palm City, your character seeks a vehicle from Lucas, a former racer turned mechanic. With your newfound friendship in Lucas and his crew, you take on legal races during the day, earning cash to be spent on upgrades or bribing the police into letting you go. At night, you race with Lucas’s sister Ana to get to the top of the League, an illegal street racing group. Nipping at your heels are Shaw and Mercer, police officers at the head of a task force whose sole purpose is to take down street racers. 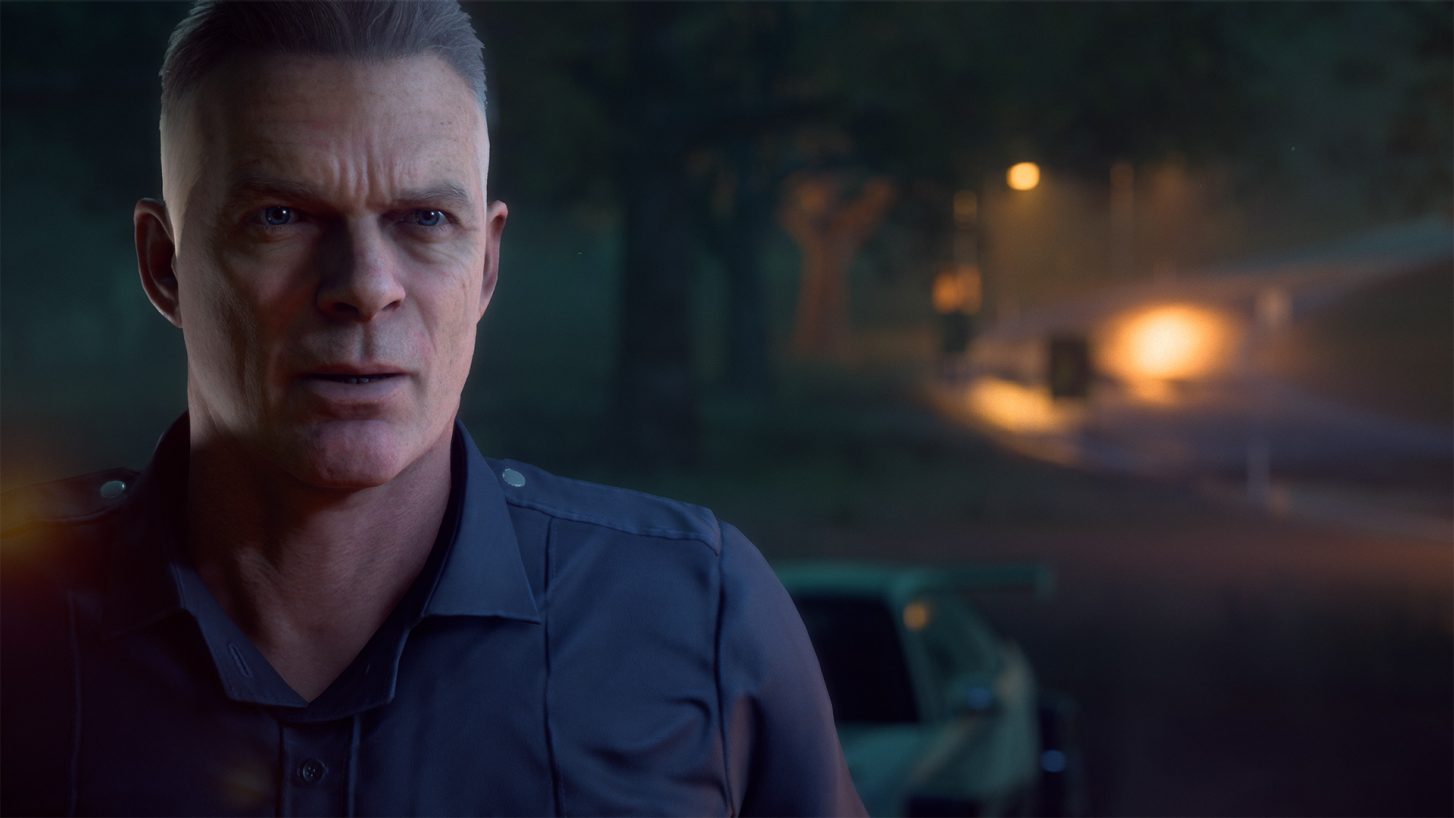 These police do not play around. From the first encounter I had with them, there was no horseplay. Even from the first heat level, they are aggressive and unafraid to put some scratches on my ride or theirs. While it was not easy to evade capture at the third level in Most Wanted and Carbon, it was doable while I was starting out. In this latest installment, I have trouble at the second level evading capture. The issue I am having is not my driving though.

As I drove around the city and inevitably got into an unseen collision, my car took damage. This damage affects my vehicle’s performance and will send me back to the safe house when the breaking point is reached. During the day, I can go to a gas station to repair it as many times as I need. However, when when things get nasty during night races and I need repairs the most, I have only three uses. This adds lots of tension to how I conduct myself as shadows fall. Do I risk another race at heat level three and earn more rep when I have one repair left, or do I just keep myself in check and cash in what I have? As much as I do not like the commonality of this comparison, it is like Dark Souls. There is equal risk and reward opportunities, and I have to make sure I do not get greedy and lose what I have worked so hard for. If I do not get this rep, how will I unlock the new parts to make my car go zoom zoom? 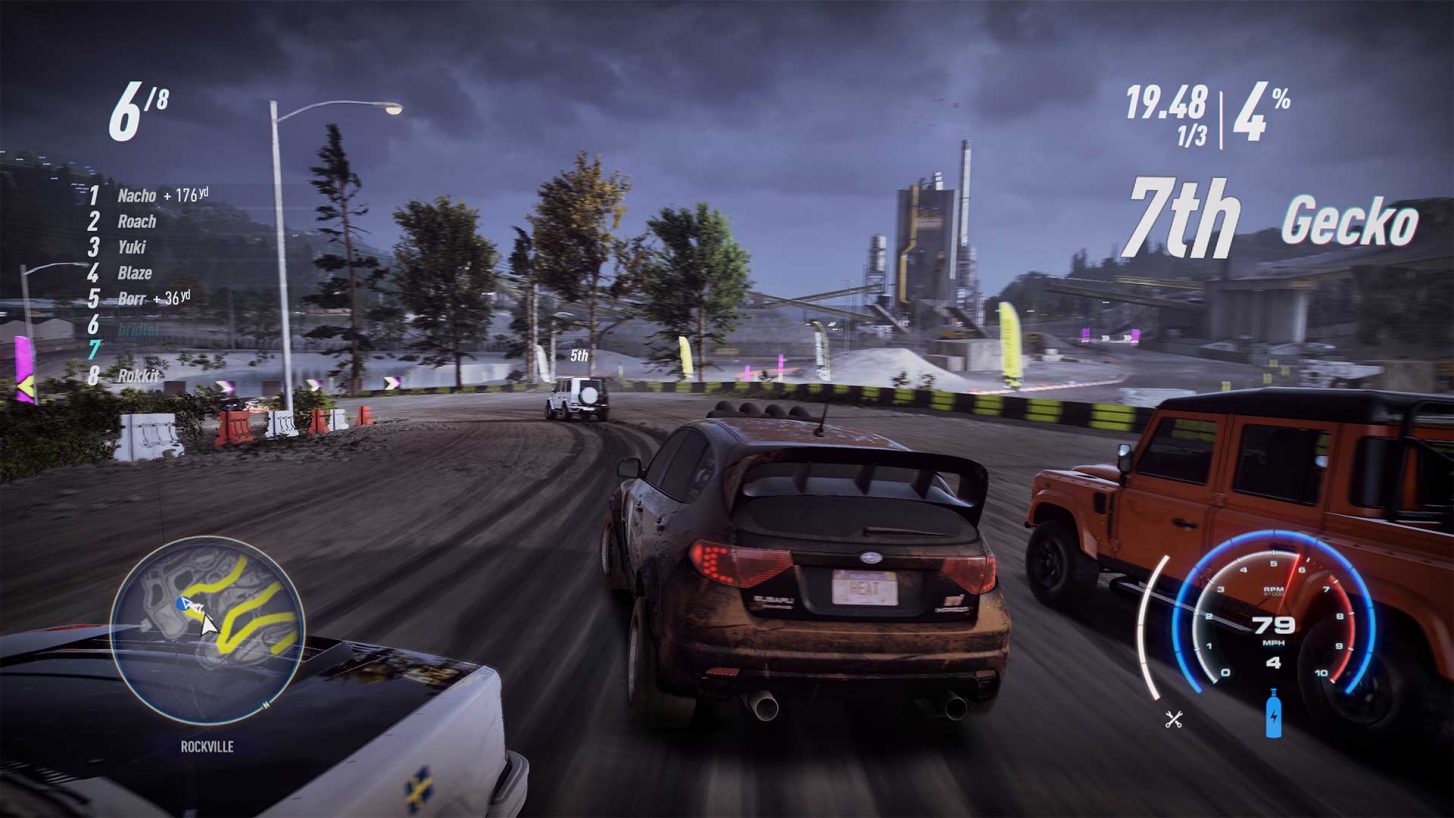 As far as the story goes, it is a standard tale of “new person shakes up the local scene and the police are there to end it.” While there is nothing particularly incredible about it, the presentation and cast of likable characters deserve their due respect. Every location in Palm City and its various boroughs are teeming with a variety of tracks to race on and activities to do. While they are all fundamentally the same, I did not mind since I was having a blast doing all of it.

As far as multiplayer goes, it seamlessly blends in with the single player narrative. From the start, I could play it completely offline or I could encounter other players driving around Palm City. If I wanted to go against other people in one of the various races, I could send a challenge to everyone and see who would bite. Or if I wanted, I could still do it solo with no interference. It was all up to me, and it was wonderful. 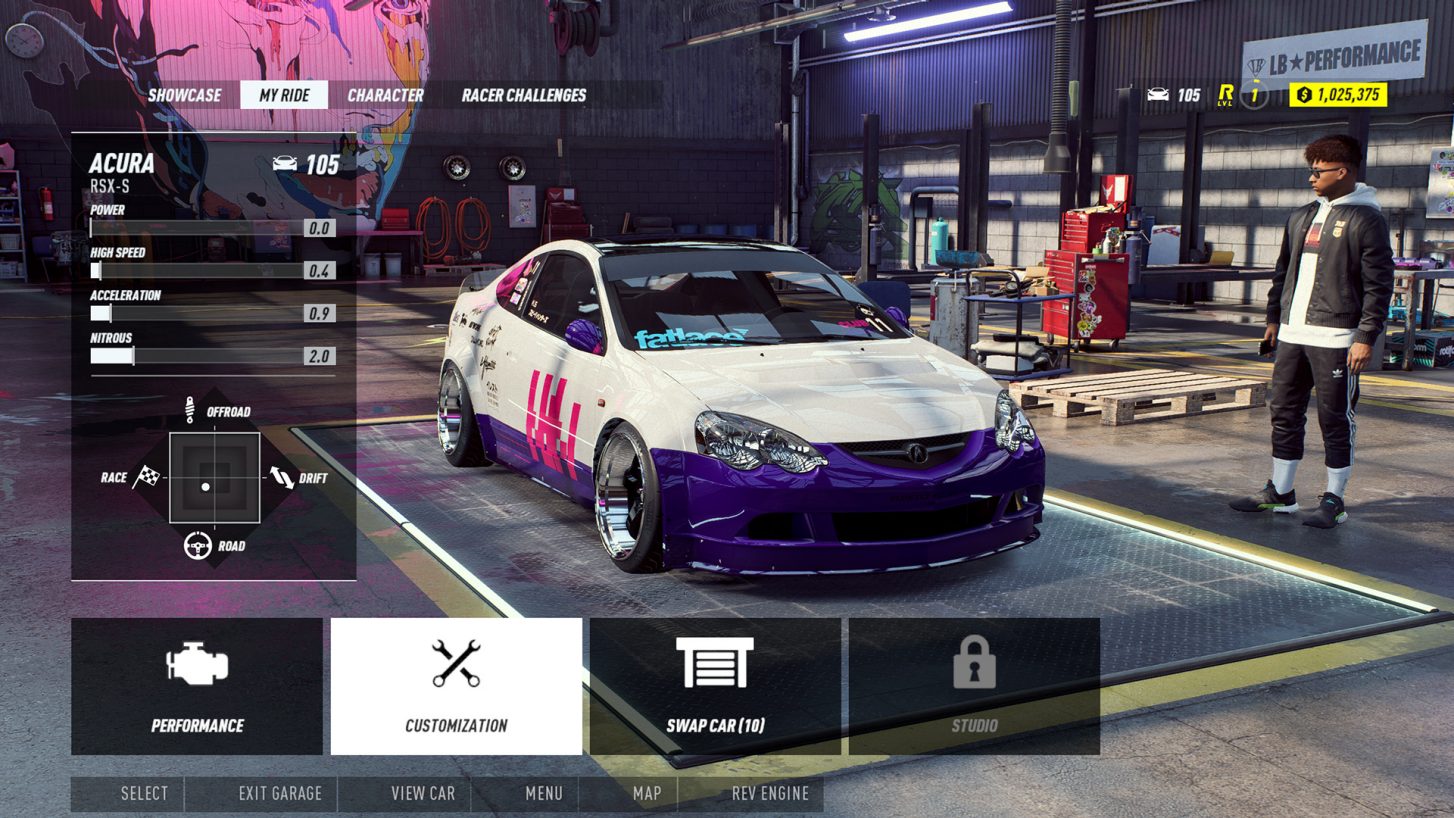 The biggest issue I have had with the game is the balancing of races. With all of the races, I was given a Performance Rating I was told to meet if I was to tackle the event. In each event I participated in, I did my best to exceed the rating by around twenty. As with all races, I started second to last. Off the starting line, I would either blow past everybody and lap the final two opponents at the finish line or I would struggle to get to fourth place the entire race. I have had a race where I was struggling to catch up the entire time until my third attempt where everything was a frolic in the wild flowers. Without changing anything myself, it somehow became easier. Sometimes I would accept my fate and upgrade my car to the current limits, and would still lose races sixty points below my rating. As soon as an opponent passed me, the race was lost, not because of my lack of trying, but because the game would rubber band the other cars ahead of me.

In my overall experience with Need for Speed Heat, I had a wonderful time. It recaptured the feelings I had as a middle school kid coming home on a Friday ready to take on the Blacklist with my brothers in Most Wanted, nailing the equal balance between the arcade fun I loved and the realism that lost me so long ago. Nothing makes me happier when I am playing a racing game than going crazy on a track and making fools eat my dust. Heat is straight fire, and deserves a spot in your library.

Need for Speed Heat is a return to top performance for the franchise after multiple misfires.