Review – Night in the Woods 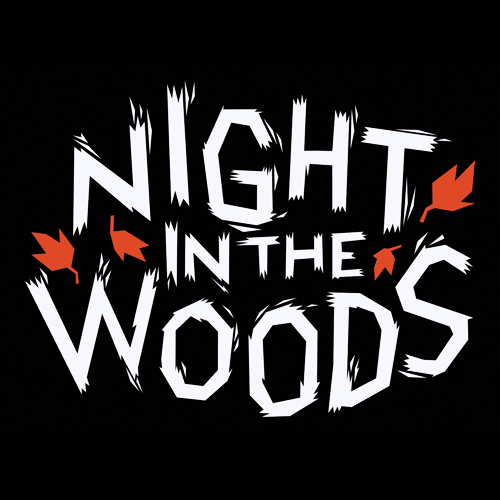 An indie classic from 2017, Night in the Woods is a story-rich adventure game that puts you in the paws of Mae Borowski. Much of the gameplay is exploration and mini-game based as you walk, talk, jump, and live as Mae. And while I was a little unsure what to expect, Night in the Woods has an incredible and meaningful story to tell if you just let it. With thoughtful design, masterful storytelling, and authentic worldbuilding, Night in the Woods is a game you’ll be quoting, discussing, and exploring long after you finish playing.

There are religious people, a church, god-like figures, and a lot of spiritual discussions. Characters identify as believing or not believing in God and discuss their spiritual viewpoints. Jesus isn’t mentioned, but Christianity is referenced. Some characters believe in a god-like being and in one dream scene, a god-like figure is shown but not claimed to be real.

Two characters get into a fake knife fight. There are references to murders. You destroy property a few times. A character gets shot at, suffers injuries, and is attacked later. There are a few references to child abuse and neglect, but nothing is shown.

There is some swearing throughout the game, about as much as you’d hear at a typical college campus.

The characters go to a party with beer and underage drinking. Drugs and alcohol are referenced and joked about, but you only see one character smoking a cigarette all the time and there’s only one drinking scene.

There’s so much good content here and good examples of honest, healthy communication. Characters grow, change, and openly discuss their flaws, hopes, and dreams which is refreshing and a great thing to mirror.

I have a thing for games featuring the young adult experience. Those weird years between childhood and adulthood where everything feels weird, yet possible, yet horrifying, yet incredible. Where existentialism, nostalgia, and sheer curiosity all combine to form a perplexed 20-something trying to feel meaningful. I’ve resonated with these themes in games like Life is Strange: Before the Storm as I played Chloe back before either of us had blue hair. She and I connected because we were both confused, emotional, and desperate for answers and something, anything that gave us meaning. And, while a different species, Mae Borowski and I formed a similar bond.

Night in the Woods follows 20 year-old Mae Borowski as she tries to piece together what to do next and what’s going on in her hometown of Possum Springs. She’s quick to admit she dropped out of college, but not much else. Now, back in her dying and small hometown, she reunites with her old friends and has to grapple with her past, present, and future, which is a LOT to unpack.

From the start, Possum Springs has an incredible atmosphere. The whole game does. Every part of Night in the Woods feels real, complex, and important. The art style is quirky and autumn-esque with unusual yet familiar character designs. The soundtrack adds even more to the ambiance, capturing every moment easily and fully. The entire design of Night in the Woods enables you to have the best experience as you settle into this rotting old mining town, meet rich and believable characters, and have thought-provoking and honest conversations.

To call Night in the Woods a game is honestly a bit of a stretch, as you spend most of the time just existing as Mae while things happen around, inside, and to her. However, it is truly a masterfully crafted experience. While I’m sure some will get a bit bored of just walking and talking, Night in the Woods really isn’t boring unless you let it be. Expect to listen to a lot of good dialogue, to fall into something of a routine each day, to just be along for the ride, and to slowly discover what’s really going on. While you may not be actively doing a lot or making a lot of choices, there’s actually something engaging and beautiful about Night in the Woods just telling the story it wants to tell and not pretending you have any more say than you actually do.

And the story being told here is a slow, good burn. There’s a lot of typical young adult things, like late-night snack runs, band practices, complaining about jobs, and trying to fit in and grow up, but in the midst of that, there’s a lot of real things on display. Mae’s watching as her friends grow up, while she… didn’t. She’s seeing her town die out while her neighbors fight desperately to keep it alive. She’s talking with people as they face the realities of life, death, opportunity, and misfortune.

However, Night in the Woods is not an intense drama with fast pacing—not at all. If anything, it’s the small and slow aspects of the experience that make it so memorable: the music scratching when you get up every morning, the inside jokes you learn, the small ways characters change, the neighbors you meet, and the random glorious pieces of dialogue. There are several lines from conversations that still stick with me or made me laugh hysterically or captured something I didn’t have words for before. I will be quoting and randomly laughing or thinking about dialogue from Night in the Woods for a long, long time.

The writing of Night in the Woods is truly and honestly amazing. Clues are given so subtly, the tone and pacing are spot-on throughout, and even the wildest, wackiest parts kinda make sense in a way. Night in the Woods tackles some really serious and hard topics like mental illness, murder, spirituality, purpose, and change, but it handles all of them in realistic, honest, and well-written ways.  In ways where you aren’t explicitly told very much at all, and it’s up to you to watch what’s happening and piece together for yourself what’s really going on. In ways that are subtle, natural, and make sense. While some parts of the experience are a little wild and unusual, it still fits into the overall story and can give you even more clues as to what’s really going on here.

Now, after my experience with Tangle Tower, I wanted to be sure I talked about the ending. Not what happens- don’t worry, but games like Night in the Woods can live or die based on the ending. And, after making it to the end, I can happily say that it is a satisfying, thoughtful, and solid conclusion to an incredible story. The story does do that thing where in 10 minutes, it went from a chill existential crisis to a low-key thriller movie, but it still feels natural and everything feels real. Even as it starts adding some weird spiritual parts or things that could’ve made everything plain weird, the story still holds some things back, allowing you to speculate what exactly just happened. Which, in this case, I kind of enjoy. It adds to the interest in the overall story and makes future play-throughs more interesting as you search for answers and clues as to what was really going on the whole time.

In the end, I’d say that Night in the Woods deserves all the awards and praise it got when it came out a few years back. It is a testament to what storytelling in video games can really look like. As long as you go in expecting a slow, yet satisfying story, you’ll be happy you sat down and poured some time into this gem. However, I will say if games like this are not your cup of tea, I’d recommend just watching a let’s play instead, even if you won’t get to see every detail Night in the Woods has to offer.

With thoughtful design, masterful storytelling, and authentic worldbuilding, Night in the Woods is a game you'll be quoting, discussing, and exploring long after you finish playing.