Does It Make The Cut? 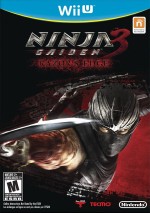 1989 was the year that we were introduced to Ninja Gaiden, and nearly three decades later we are still seeing titles from this beloved franchise. A large number of fans were (re)introduced to the series during its revival on Xbox in 2004 and Ninja Gaiden 3: Razor’s Edge brings us another trilogy for the modern day consoles.

Ninja Gaiden 3 was met with negative reception upon release. Critics cited that it was missing characteristics that made fans come to love the series. Eight month later,  Nintendo publishes Razor’s Edge during the launch of the Wii U, , and it was not just a simple port. Razor’s Edge was released as a response to the fans, and shares a lot of similarities with the Sigma entries that made it to PlayStation consoles, meaning that they not only fixed some major issues, but included some extra content.

Violence: Possibly one of the more violent titles on the Wii U, the slogan is even “violence Reborn.” Razor’s Edge features a lot of blood and dismemberment that was not present in the original version. With spraying blood, the violence is more akin to a mature anime. Players will spend a lot of time throughout the game violently subduing enemies.

Language/Crude Humor: There is a wide range of minor and extreme swear words throughout the game. Certain enemies can be heard saying “F*** You” pretty consistently in most areas of the game.

Sexual Content/Nudity: Early on in the game,  a cutscene takes place in a massage parlor Where  a character is lying on a massage bed. All that covers her is a towel; nothing is shown due to the fact that she is laying on her stomach. As enemies enter the room, it shows her getting up and putting on the towel from behind and still nothing is revealed. An enemy attempts to get a look at the character but before he gets too far, she subdues them.

One of the larger boss enemies in the game has a female figure that appears suggestively. It is also worth mentioning that some of the female characters wear attire that may be slightly revealing, and one or two of the playable characters have a bathing suit/bikini as an alternate costume.

Spiritual Content: Throughout the game, the player character can use what is called “Ninpo” or “Ninja Arts.” These are magic powers that the character can use to their advantage when fighting enemies. There are also multiple mentions of a curse or hex that is put on the main character.

Positive Content: Razor’s Edge contains an underlying plot point where the main character struggles with notion that he is probably more of a killer than a hero. Throughout the game, he is trying to save the world and protects those close to him, but the villains constantly call him a murderer and a monster to get inside his head. He battles these thoughts throughout the game and ultimately comes to a conclusion. This plot point has the character self-examining and being honest with himself. 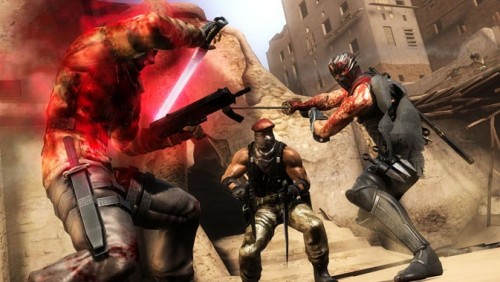 The game may look realistic, but the violence makes it more like an anime

We live in an age of  games like Dark Souls, but before that series was even an idea, the Ninja Gaiden franchise  tested the skill of gamers everywhere. When Ninja Gaiden 3 first came out, it did not have the brutal difficulty the series was known for; with Razor’s Edge, Team Ninja has given the fans what they wanted. Unfortunately this one is probably the most difficult out of the trilogy, and there are times when players will want to toss their controllers across the room like a shuriken. Thankfully, Hero Mode is back from the Sigma editions for players who just want to actually enjoy the game. For the sake of this review, I played in this mode most of the time in order to experience everything this game has to offer.

Yes, I did say controller. The gamepad is not a comfortable fit for a game like this where quick reactions are essential, and holding a big brick like the Wii U gamepad in your hands does not help. However, for those who choose to use the pad,  it does not have very unique features. I’d like to think if it did they would probably be something gimmicky. There are a few different areas to touch on the pad and all of them are things you can do on the controller. For example, One corner you can tap simply lets you change your weapons, the second lets you switch your Ninpo, the third points you in the direction in which you must go next, and the final side lets you go into the upgrade/Ninja Skills menu. The feature I did like was how the list of combos was visible on the gamepad; instead of hitting up on the D-Pad to view them I was able to take a look at the gamepad while it stood up on the charging dock. 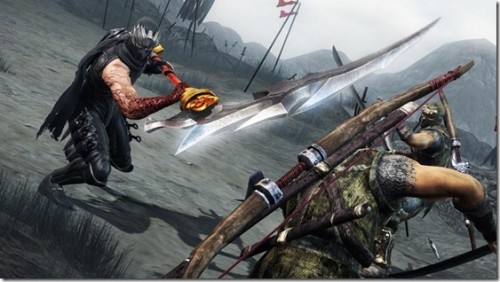 The scythe is one of the many weapons in your arsenal, it may be slow but deals a great amount of damage

There are a variety of weapons to take on your foes, but they must be given to you or unlocked first. All of them have specific characteristics and require you to switch up your tactics. I stuck with the regular sword through most of the game, but I did enjoy using the talons as well. These weapons can also be leveled up in the ninja skills menu with karma points that you will earn throughout the game. I played through nearly half of Razor’s Edge before I remembered upgrades were an option; once I did upgrade my sword and claws, I became a force to be reckoned with. The combos and attacks get so much more awesome when you upgrade your favorite weapons.

The presentation and action itself has not changed. I had to remind myself that Ninja Gaiden 3 was originally designed for consoles from the previous gen—the game still looks great but sometimes shows its age.

I had not played the original release of Ninja Gaiden 3 but I learned that there had been some complaints on the story pacing. I did not get the same impression,  with this, but maybe Ayane’s missions were added to work that out a bit without adding anything “new”  not to the story. With her two missions, she just kind of happened to be in similar areas where Ryu was going to be, the reason for her being there was never made clear. Apart from that, the story was not bad and felt like something I’d see in an anime. 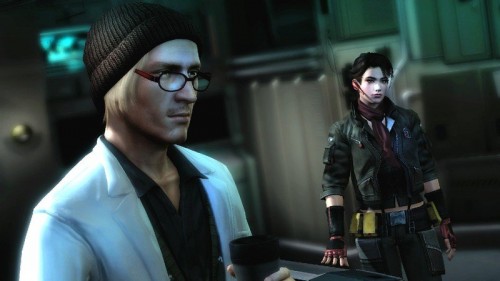 All cutscenes take place within the game engine

After you finish the game, that doesn’t have to be the end of the action unless you want it to be. There are higher difficulty levels if you are brave (or crazy) enough to take on the challenge. In the chapter challenge mode, you can play through some of your favorite missions, and as other characters other than Ryu—they just  happen to be all female. You have Ayane and Kasumi from the Dead or Alive fighting games, and newcomer Momiji. All of these characters have their own upgradable weapons,Ninpo, and play styles. Unfortunately some of their alternate outfits that can be unlocked are very sexualized, and Team Ninja has been known to do that in just about every game they make.

One thing I really wish I could have experienced more with Razor’s Edge game is its online multiplayer, and yes that does sound like an odd addition to the series. I’m not sure if the multiplayer community was very active during the game’s release, but I did get into a match against one other player, earning few kills but losing the match. There, you lightly customize your own ninja and unlock your favorite weapons that are present in the main game As you rank up you can also unlock piece of armor for your character. The matches themselves can go up to 4v4.  Also, if you’re not a competitive person they do have a co-op ninja trials mode where you can play with friends. When trying out the multiplayer I saw potential, but there could have been a lot of fun to be had with a few friends  at the time of this game’s release. 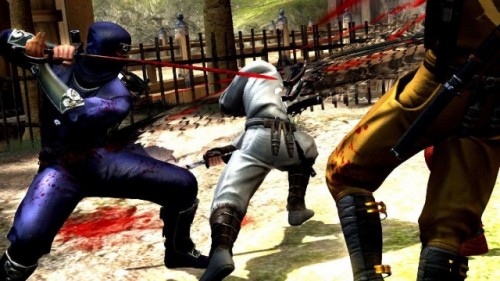 Players can engage in Clan Battles involving up to eight players

With all of these big open world games that have gained popularity these days Ninja Gaiden is a great change of pace. Those games can sometimes burn me out before I even get close to the end, so it was nice to have something to just play through and finish to the end even if I did play it on the easy mode. Those who played the original edition of Ninja Gaiden 3 will be pleased to find that Team Ninja has responded to disappointed fans in a successful way. At the launch of the Wii U a few third parties supported the system and gave it a pretty decent lineup, but after that we haven’t seen anything except in the indie scene on the eshop. If you own only a Wii U and have not yet picked this up I highly recommend it.

The original rendition of Ninja Gaiden 3 turned out to be a disaster, but Team Ninja listened to their fans and gave them the game they wanted. Razor's Edge is a great addition to an unfortunately short list of third party titles on the WIi U