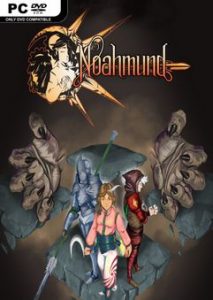 It seems now more than ever, it is becoming easier for independent game developers to enter the industry. With platforms like Kickstarter for funding and Steam for distribution, the barriers for entry are lower than they’ve ever been. Overall, this is a good thing. Nearly every gamer has bemoaned a triple A studio that seems to get by more on its name than effort and quality of their work. New ideas brought in by those who would otherwise never have a chance can only improve the market.

Of course, the inevitable downside of the rise of indie gaming is the difficulty in quality control. Even if a game has an excellent idea, any number of things can go wrong in the execution. This was my worry when approaching Noahmund. Brought forward by the Square Enix Collective and funded by Kickstarter, Noahmund has the potential to both impress and disappoint. Where on the scale of indie gaming will it fall?

Spiritual Content: A friendly temple and the characters within it seem based on eastern spirituality. The yin and yang symbol represents one of your character’s skills. The game doesn’t explore these characters’ beliefs or dogma in great detail.

Violence: A war is a major driving force for the game’s story, but, for the most part, it takes place in the background. Most in game enemies are animals, plants, machines, and some human enemies at particular story points. No blood or gore appears at any point.

Positive Content: Noahmund paints a negative picture of war, with members of the party noting there is little good that comes of it and instead seeking peace. The initial goal of the main character’s mission is to save lives by learning of an enemy’s weapon rather than try and kill or hurt someone. A character is inadvertently but directly responsible for the deaths of several innocent people; while rightfully considered a bad thing, they are shown as remorseful and someone to be understood and forgiven instead of condemned.

Noahmund opens with a fairly well-crafted cinematic. Backed by a dramatic score, it shows you the terrors of war and the loss that it wreaks upon the innocent. There’s even a narrator: a woman who gives what I can only assume is an explanation for everything that you’re presented with. Unfortunately, I cannot be sure as she speaks in Spanish with no subtitles. I am certain I did not miss any information that is missing from the game’s Steam page, but all the same, it makes for a confusing introduction. 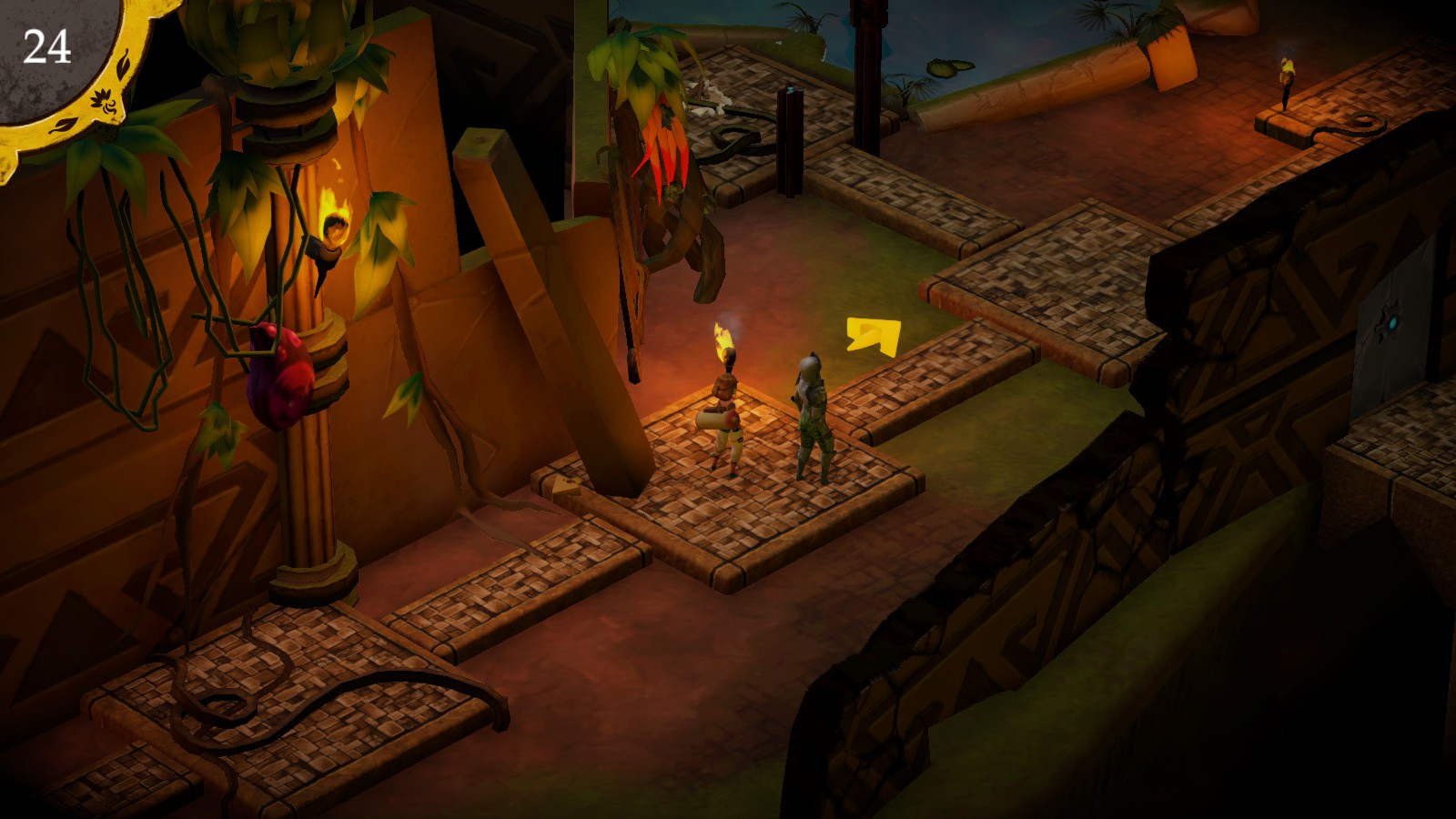 Thankfully, the rest of the game is a bit more understandable. You begin by taking the role of Galina Angstoud, a wielder of Synchrony and an Agent of Shinn. Her Master gives Galina and her Guardian, Berani, a mission. Together, they must discover the secret of a devastating weapon used by the nation of Salaber in their war with Feros. On this mission they will face the Divider, one of Salaber’s great generals, and are joined by the mysterious Stalos.

Perhaps that last paragraph confused you slightly. What is Synchrony and Shinn? Why does Galina need a Guardian? Why are Feros and Salaber at war? Unfortunately, while the game answers these questions, it is not in a particularly timely fashion. Much of the world-building  is delivered in piecemeal fashion by way of backflashes to Galina’s early days arriving at the Temple of Shinn. While this can be an effective storytelling technique, Noahmund crafts a world with so many unique and original elements that only getting part of the picture is more confusing than intriguing. 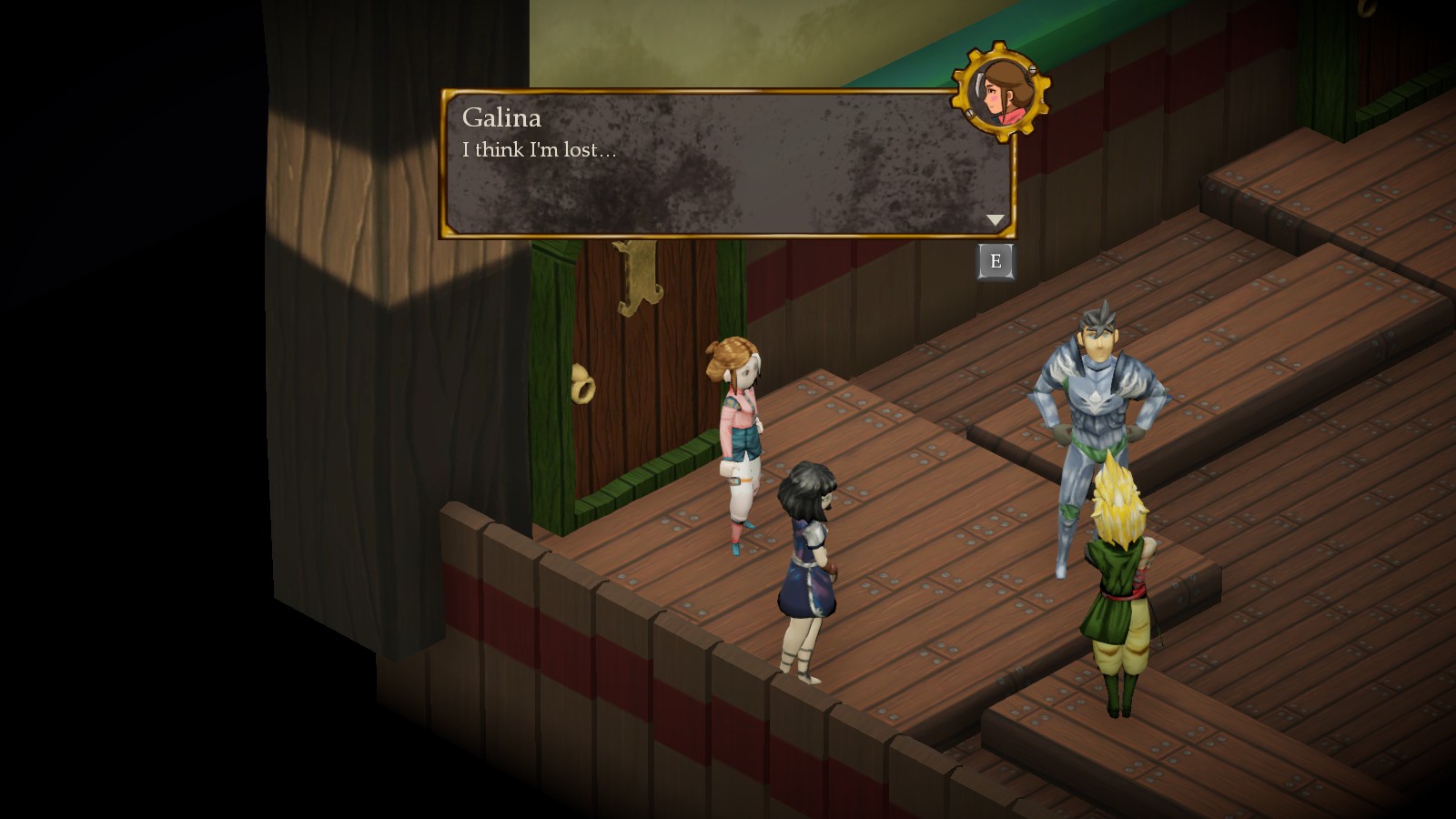 Whatever issues with the storytelling, it is in gameplay that Noahmund truly shines. As the game progresses, you will explore a large dungeon in a pseudo-board game fashion. Each move you make also means that enemies on the map will also move one space. It creates a more strategic approach to exploration than most RPGs with a free-roaming world. If you can plan correctly, you can go through large parts of the map and avoid most enemies. And since you don’t earn experience in battle and instead improve your characters by progressing the story, this is actually a valid strategy and definitely a good way to save supplies. 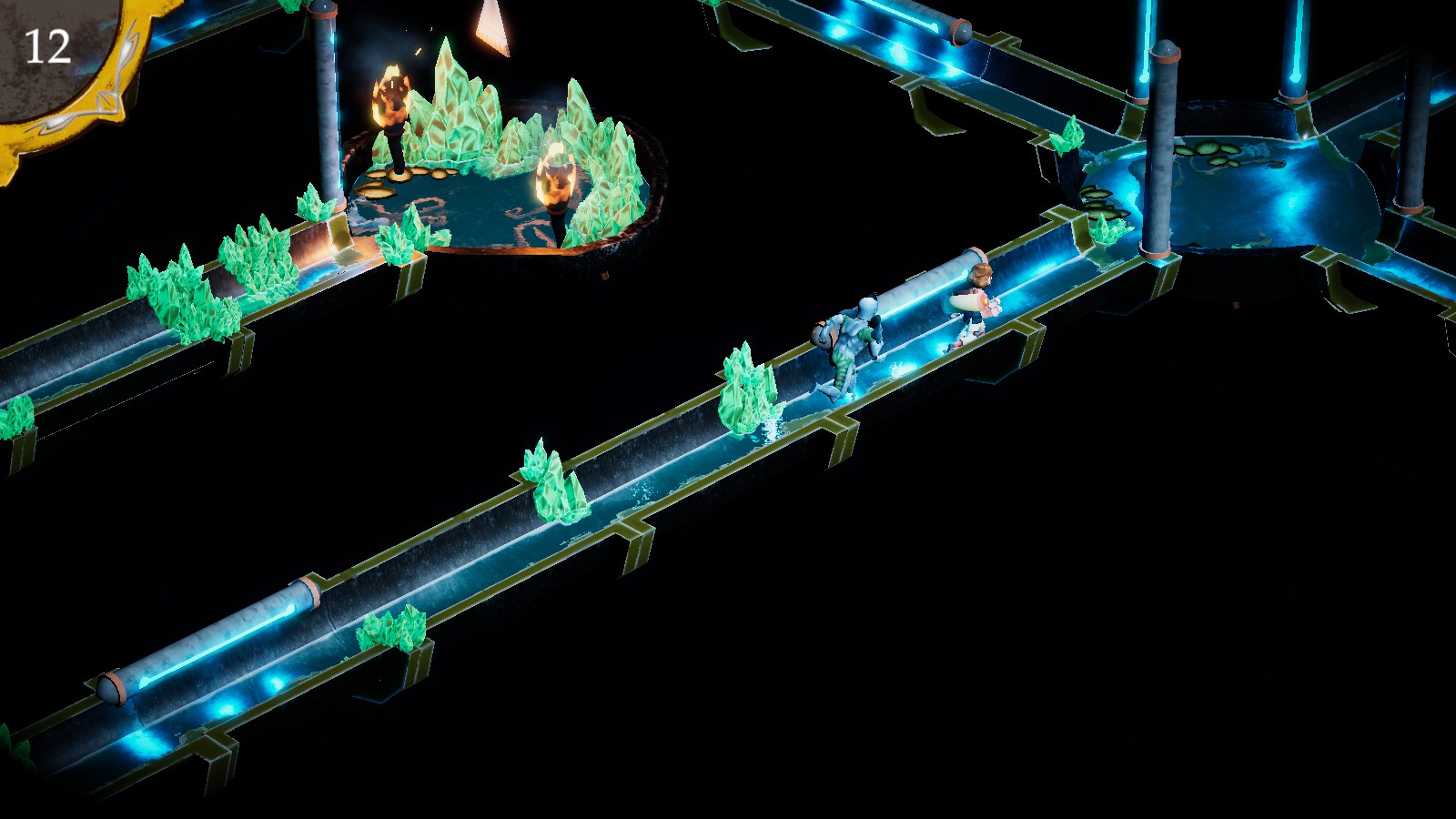 Of course, some enemies block critical pathways and so eventually combat is inevitable. The game uses a battle system the developers call Motion Battle Chess. On a rectangular board you move like you would in a tactical RPG, but fight in real time, This unique combination of design choices results in a system that has energy and momentum, but still demands thought and care. You cannot fly around the board and randomly attack, especially early on when your party isn’t fully assembled. Enemies hit hard and without mercy, but thankfully, the game lets you restart any fight you lose. 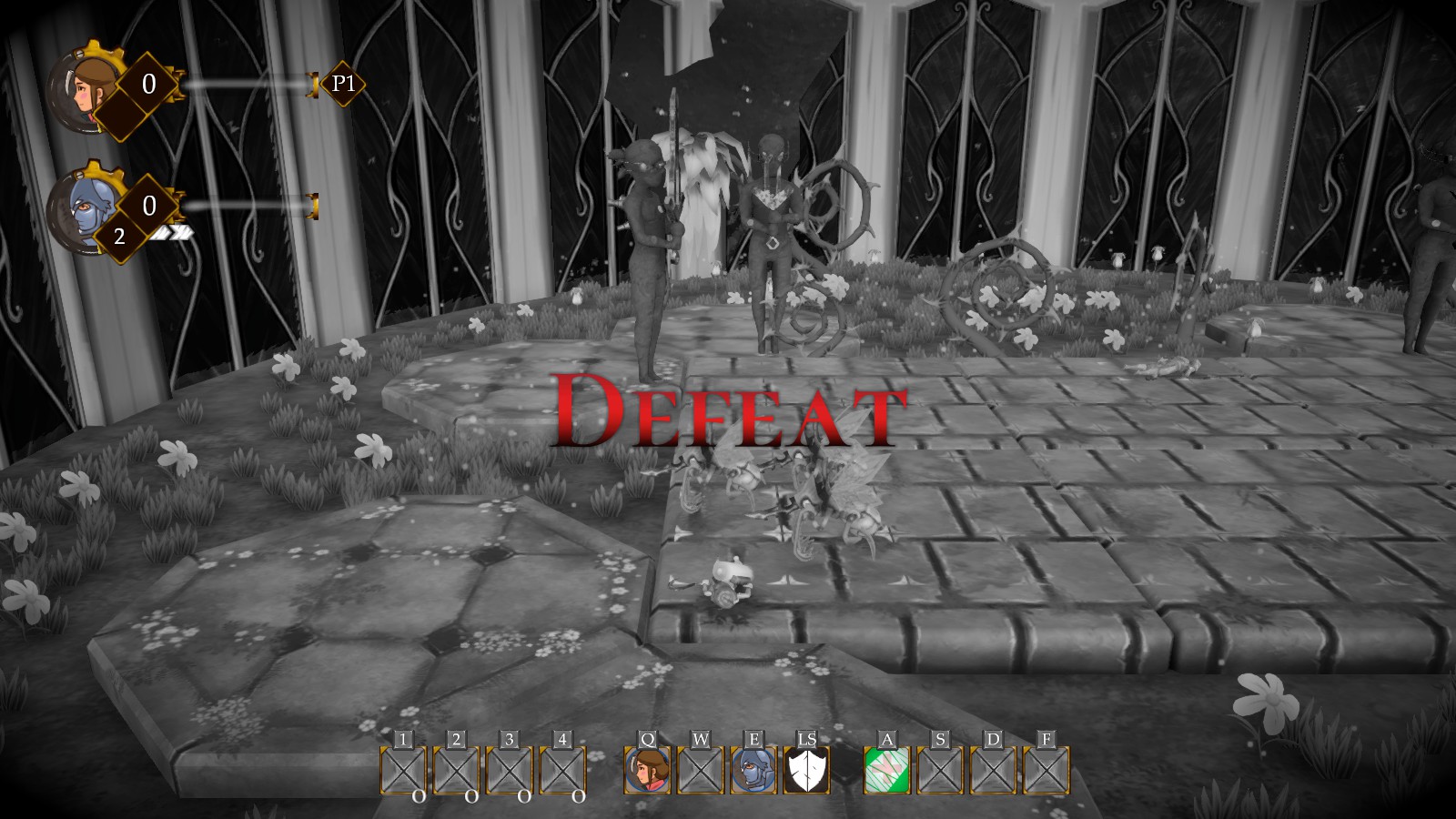 Don’t let your enemies corner you. It’s a death sentence.

Perhaps the best part of this whole system is the fact that each member of your party plays in drastically different ways. Galina uses Synchrony, building up gauges associated with each party member that make her support abilities stronger the longer you charge them. Berani is a more straightforward fighter; each attack he lands has a chance to build up points he can spend on special attacks. He also uses a stance system, boosting his attack, defense, or accuracy at the cost of reducing the other two. Stalos is probably the most difficult to get the hang of. He places traps on the ground and has to collect them after they go off to use them again. 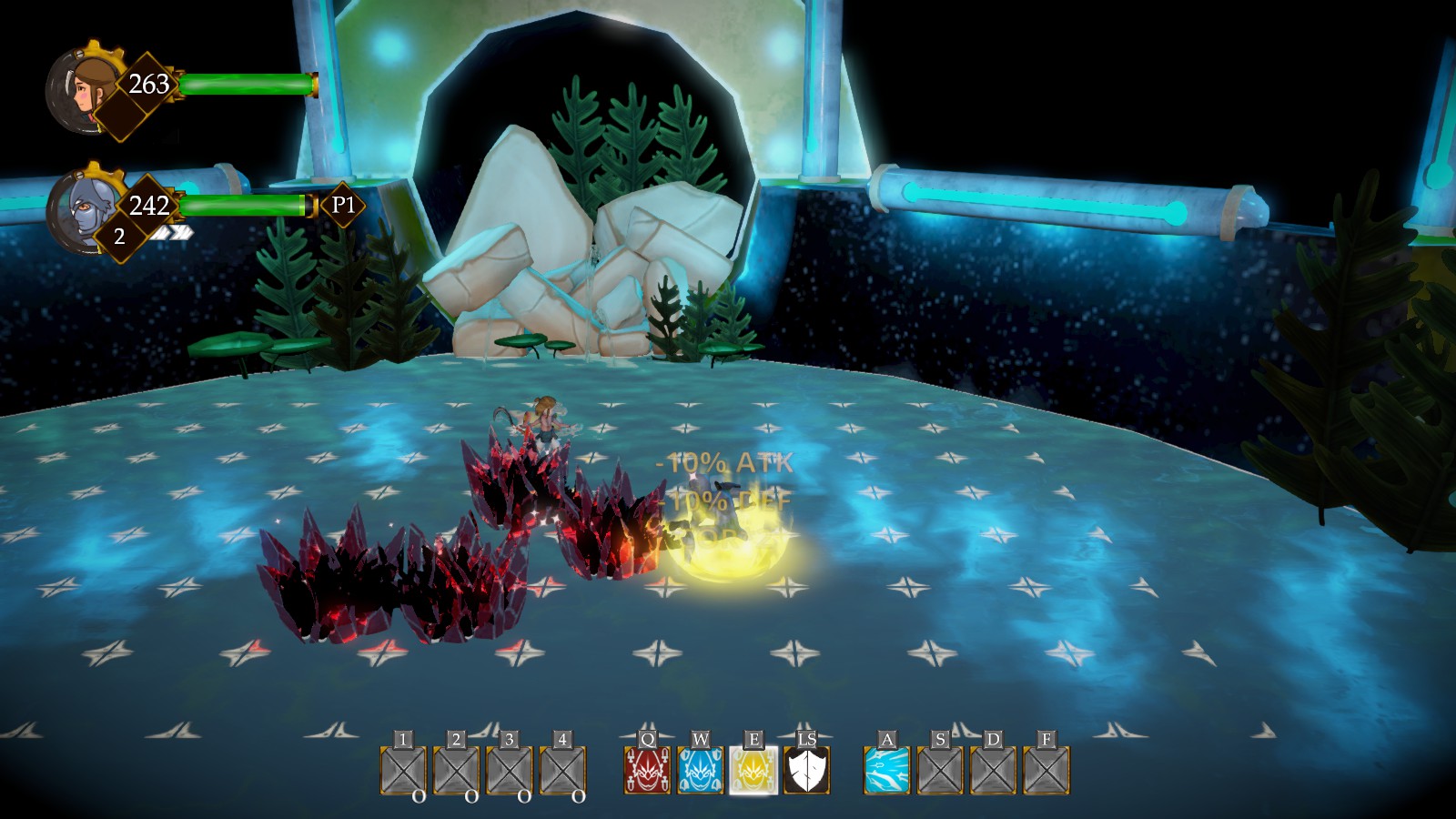 Apart from its combat, Noahmund boasts other engaging combat systems. Rather than use currency, you instead gather materials and use them in a barter system at shops. While the value of your trading items is never explicitly quantified, it is fairly intuitive going by item descriptions. It adds a fun and engaging element to what is usually just a traditional formality in other RPGs. It also promotes exploring the map and engaging in fights that are not explicitly necessary to gather materials. 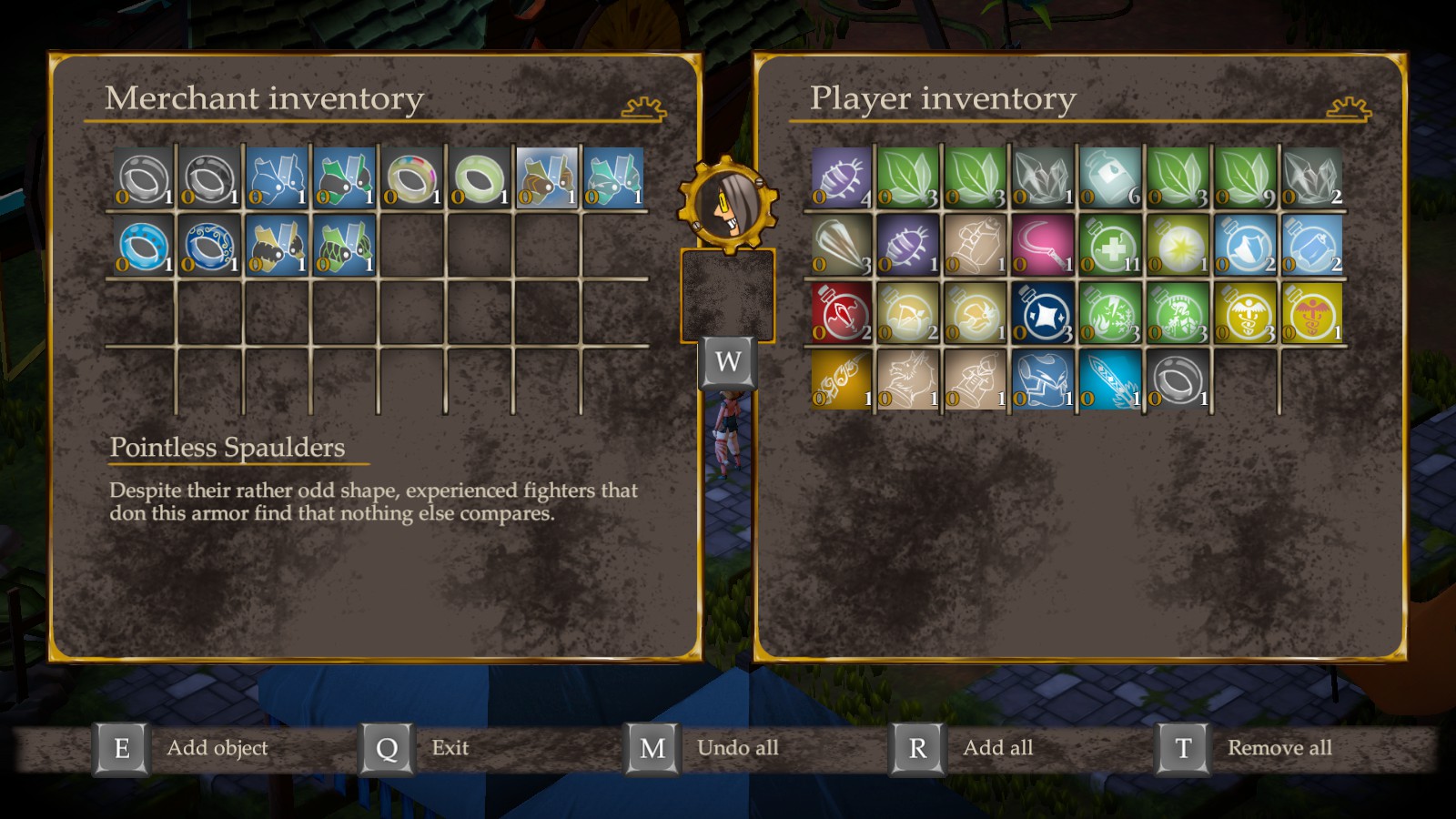 What items a vendor will accept depends on what they’re selling.

This exploration is welcomed since Noahmund is a very pretty game. Intentionally simplistic, it uses intriguing vocals to draw interest where its story might offer frustration early on. The character models are also quite appealing, having the charm of many early 3D RPGs like Final Fantasy VII without any odd proportions. They overcome a lack of facial expression by using pop ups and exaggerated movements to convey emotion. It is accompanied by a well done, folksy soundtrack that sets the mood in each scene excellently. 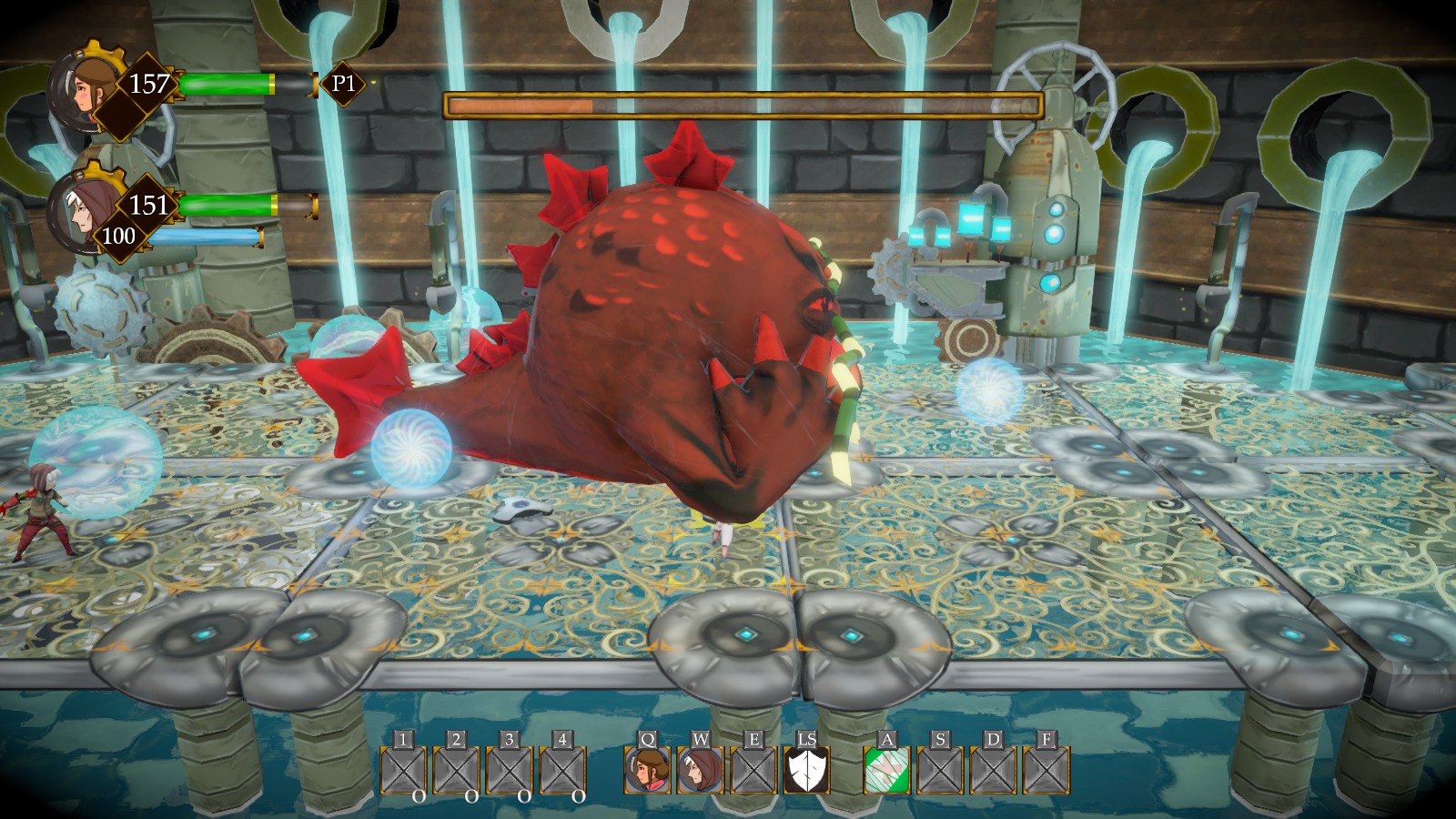 Noahmund does still have its rough edges. Some scenes will have characters repeating a particular animation with each line of dialogue. There are instances of odd, disjointed sounding translations. One section of the game features too little direction and I found myself going around in circles before finding how to progress. Overall, these issues do not ruin the finished product, but I would have liked if the game had just a bit more polish on it.

That is about the best thing I can say about Noahmund. Yes, it is imperfect, but at the end of the day, I was engaged enough to wish it was better rather than just dismiss it as another sub-par game. A genuinely unique battle system and story that opened up once I had given it time to develop kept bringing me back. While it is not the best game I have ever played, it is a worthy first foray into the video game market.

Noahmund is a game that lacks polish in many areas, but boasts a new gameplay experience different from a standard RPG. While not everyone may be able to handle its flaws, it is certainly something worth trying despite them.