In most video games, you often must employ tools of destruction—guns, swords, fire spells, and the like—on your way to reaching your objective. Rarely does a game require you to save and preserve, rather than destroy. Yet this is your primary role in Nuclear Blaze, a new indie title from one of the developers behind the acclaimed Dead Cells. Here you play as a firefighter, descending into the depths of a hidden facility, putting out deadly fires and rescuing a few adorable kittens in the process. 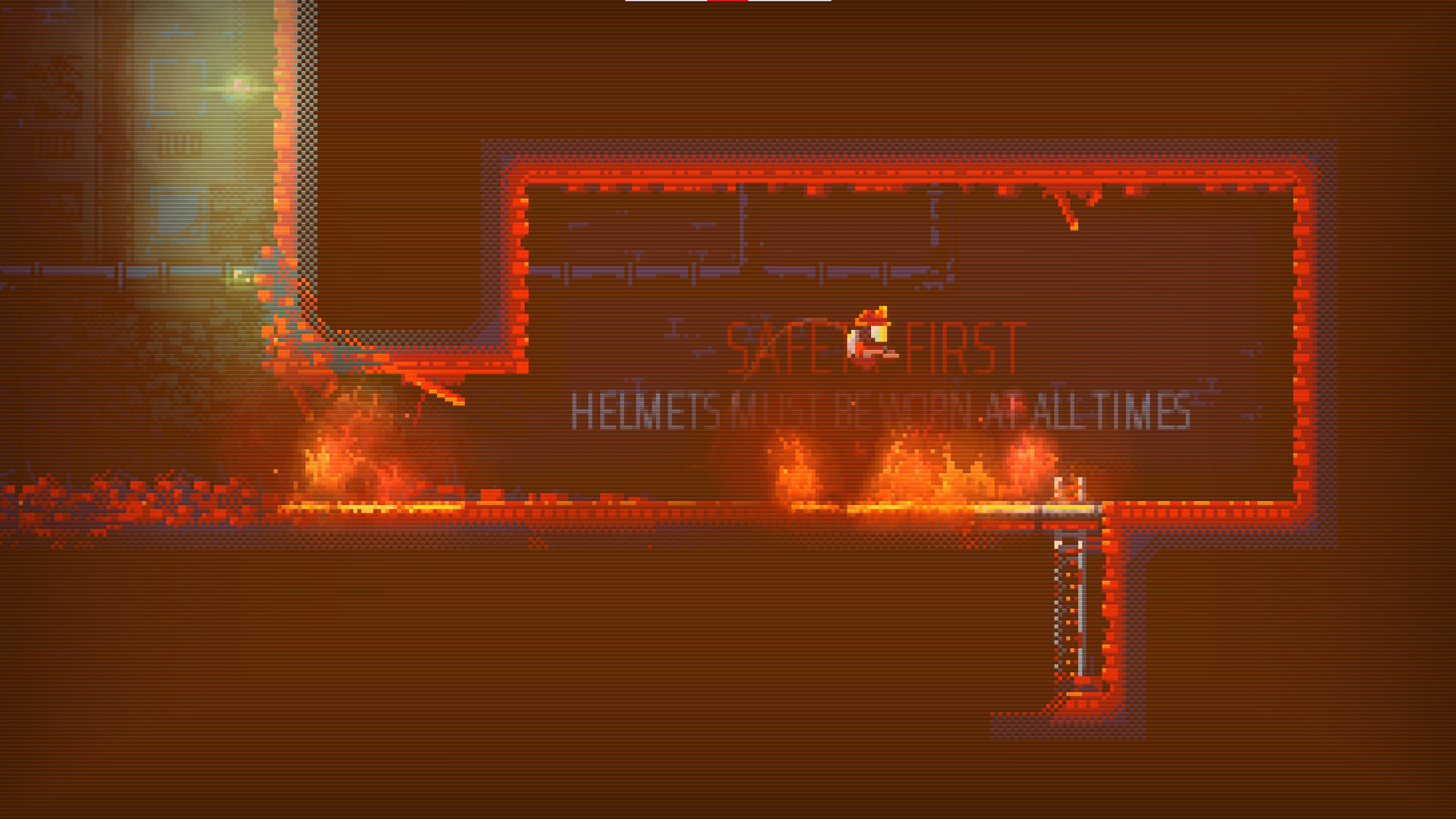 Violence: Your character can be burned to death or electrocuted. Some dead bodies are also found scattered throughout the game world. There is no blood or gore, however.

Language: “S**t” and “f**k” appear in documents found in the facility, but the words themselves are censored, showing only the first letter of the word. I found one uncensored use of “d**n” in the game. 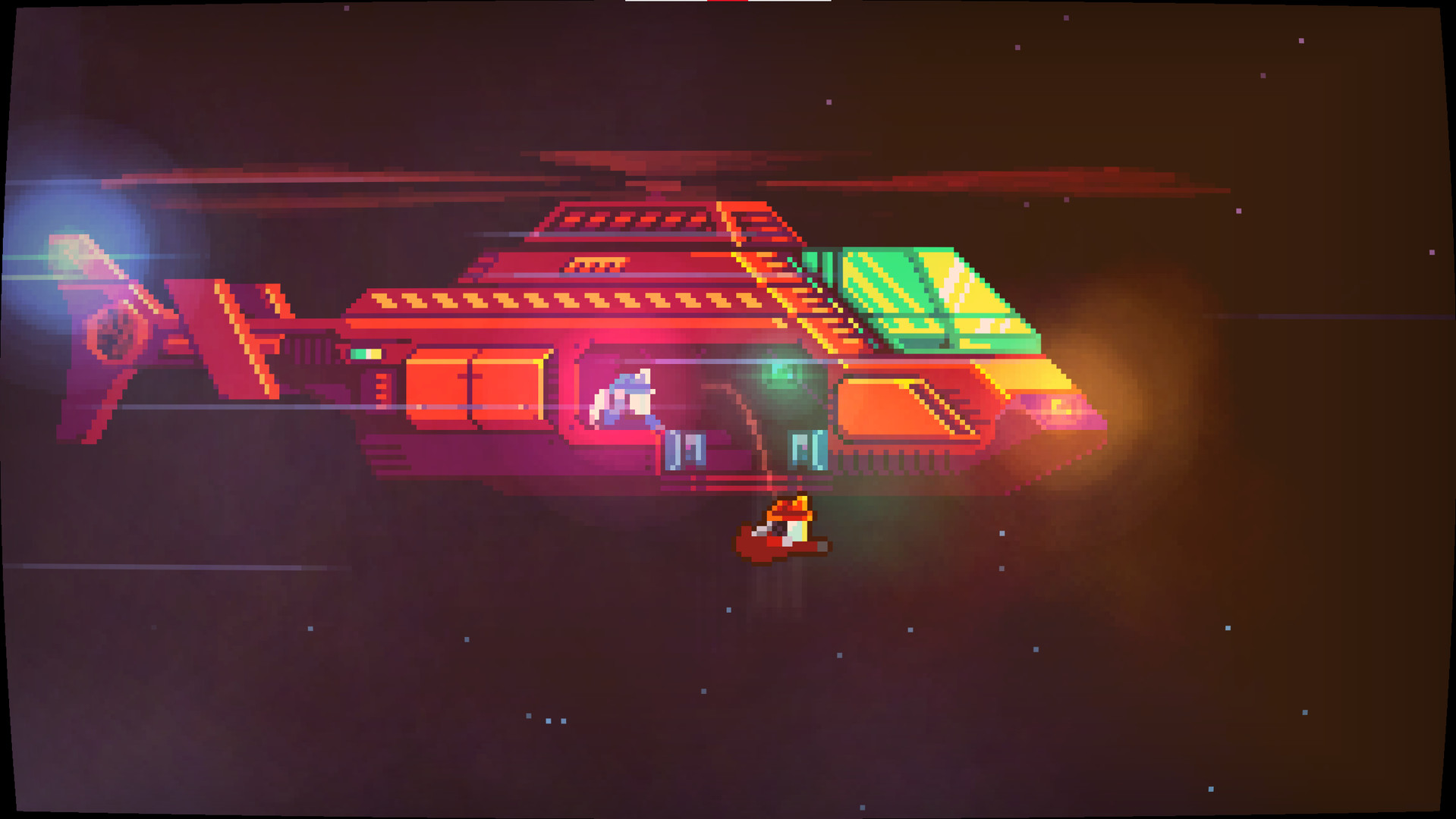 Nuclear Blaze contains little in the way of story content. The game begins with an ‘80s action hero vibe, as your intrepid, nameless firefighter dives from a helicopter—sans parachute—right into the heart of a forest fire. As you make your way past your fellow firemen tackling the blaze, you stumble upon an unknown and seemingly abandoned facility. Entering the compound climbing deeper within, you slowly uncover little nuggets hinting at its mysterious purpose and the security failures that brought it to such a sorry state. I like this general approach, but the game ultimately fails to turn this premise into something interesting. For better or worse, the game never takes itself very seriously, and the final reveal is appropriately silly. 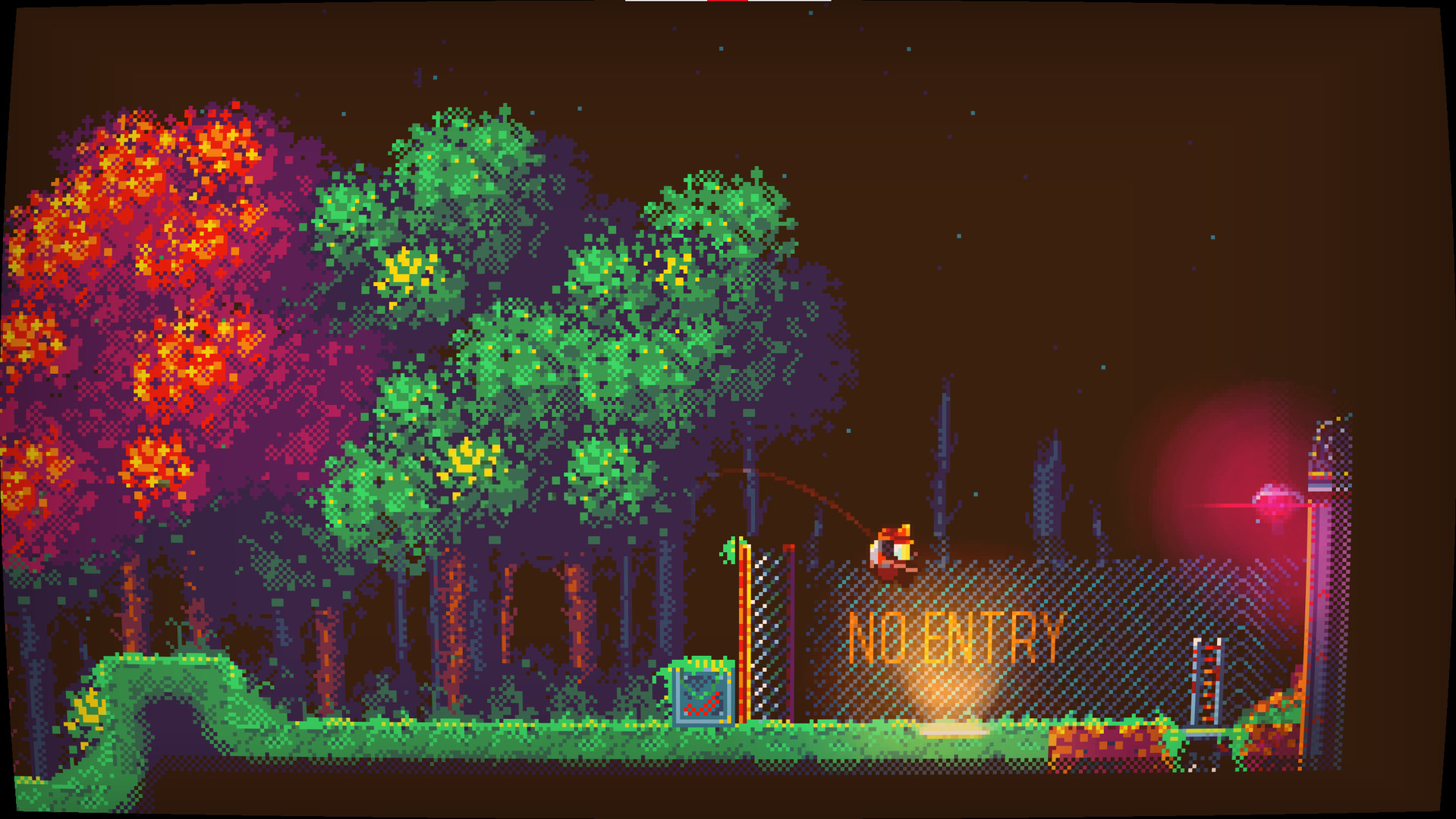 The true star of the show, however, is the gameplay, and Nuclear Blaze impresses in its approach to simulating firefighting within the confines of a 2D platformer. The walls, floors, and ceiling can all catch fire, and as the blaze goes unchecked it continues to spread, even over areas where you have previously watered. Breaking down a door into a fire-filled room will cause the flames to explode into your face, requiring you to respond quickly or else find yourself engulfed. Some of the ceilings will even rain debris down on you as they burn, simulating the destruction that fire can cause to the physical integrity of a structure. Victory can only be found by quickly and methodically putting out the fires, clearing your immediate vicinity as you seek out door keys, turn on sprinklers, and shut off fiery gas leaks. I like being able to visibly see the progress you’re making as you douse the fires, and hearing the chime telling you that you’ve cleared a whole level gives a nice little feeling of satisfaction.

Many of the game’s levels also contain a kitten hiding somewhere in the environment. If you find the kitten it will follow you, and upon putting out the fires and reaching the end of the stage, it will make its way to safety. It’s a simple mechanic, but it’s a nice touch and gives you a reason to explore the game world. Saving these kittens is completely optional, although rescuing all fourteen kittens unlocks one final door at the end of the game. 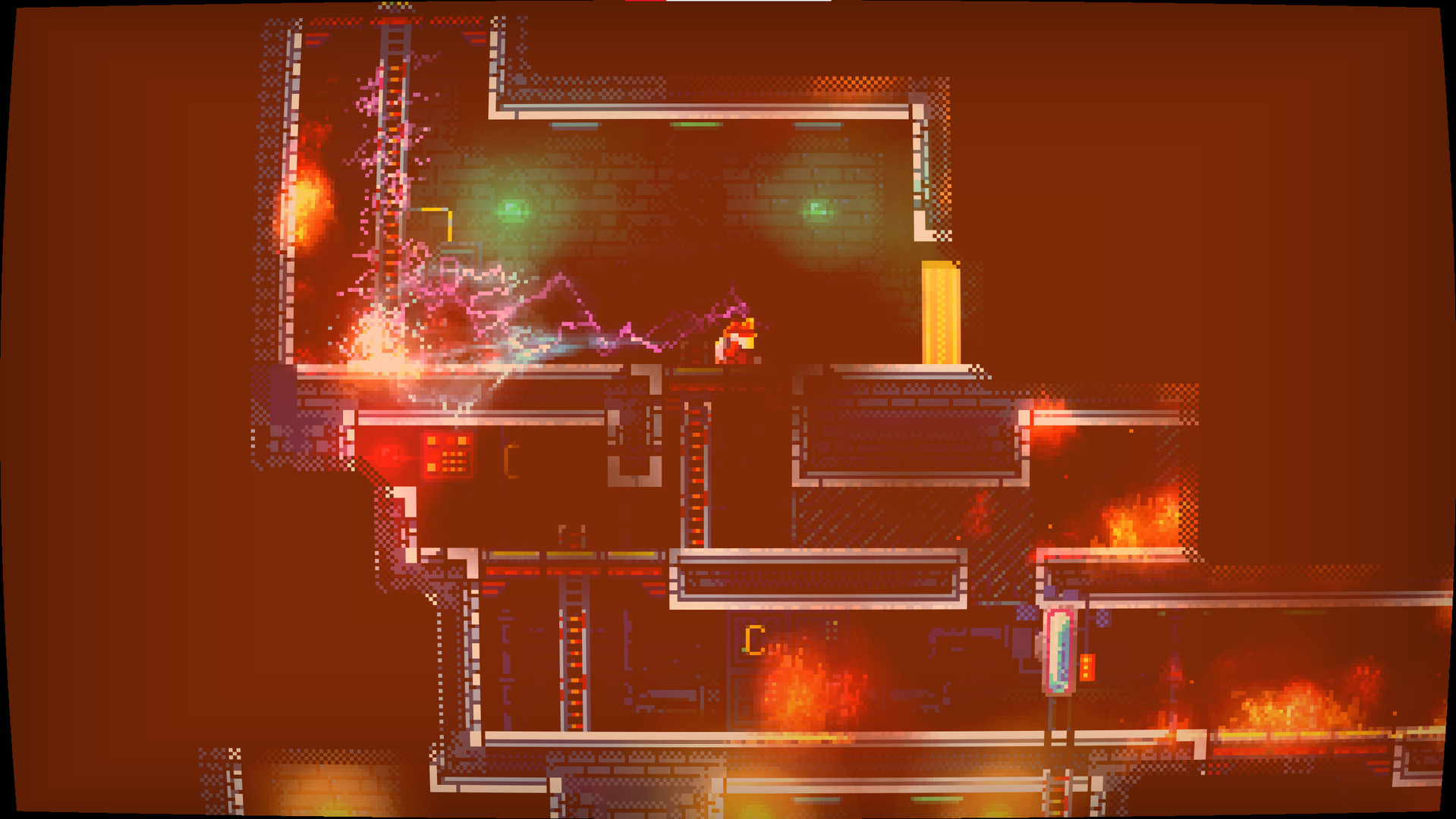 If there is one area in which Nuclear Blaze struggles, it is in its depth, or lack thereof. Over the course of the game you acquire various powerups that feel like they ought to have been present from the very beginning, such as the ability to aim your hose upward or to spray water while climbing a ladder. A suite of more exotic powerups—perhaps something along the lines of water grenades or a Mario Sunshine-esque water jetpack, to give a couple of hypothetical examples—would have felt much more rewarding. Furthermore, while the game does introduce an enemy other than just fire, it would have benefitted from a wider variety of enemy types, and more stages in which to play around with them, considering that the game can be completed in just a couple of hours. 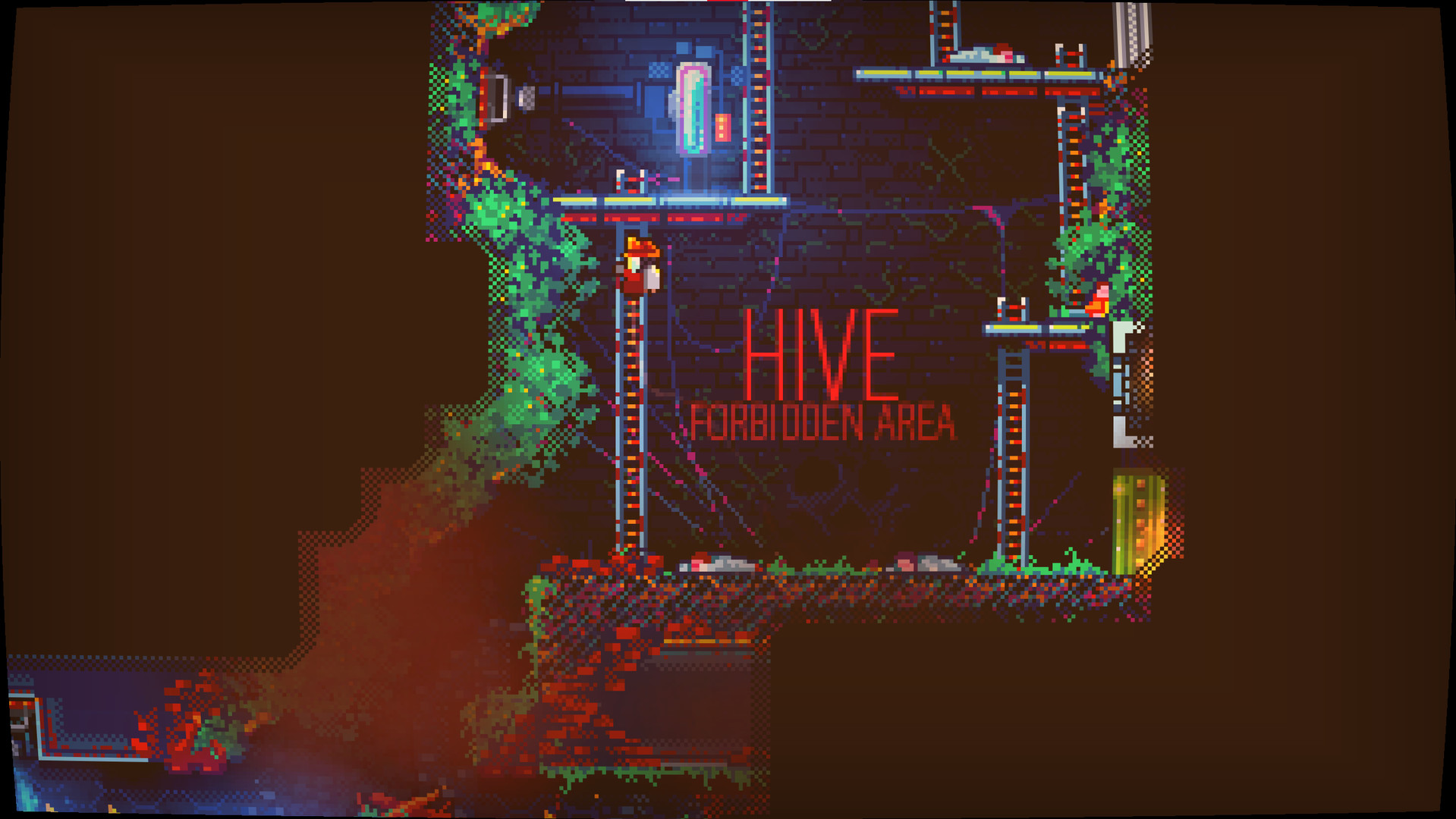 If you are looking for a game that a very young child can play, I have good news: the developer included a “kid” mode designed with his own three-year-old child in mind. This mode offers a few unique levels where all you do is rescue kittens, and the challenge has been dialed down to the bare minimum of moving the character left and right and pressing a button to use the fire hose. The player character cannot even die in this mode, and will only be blocked by fire until it is extinguished. This is a great option for little kids who are just dipping their toes into gaming for the first time, as it’s completely family-friendly, gives them just a couple things to learn, and rewards them with cute critters. 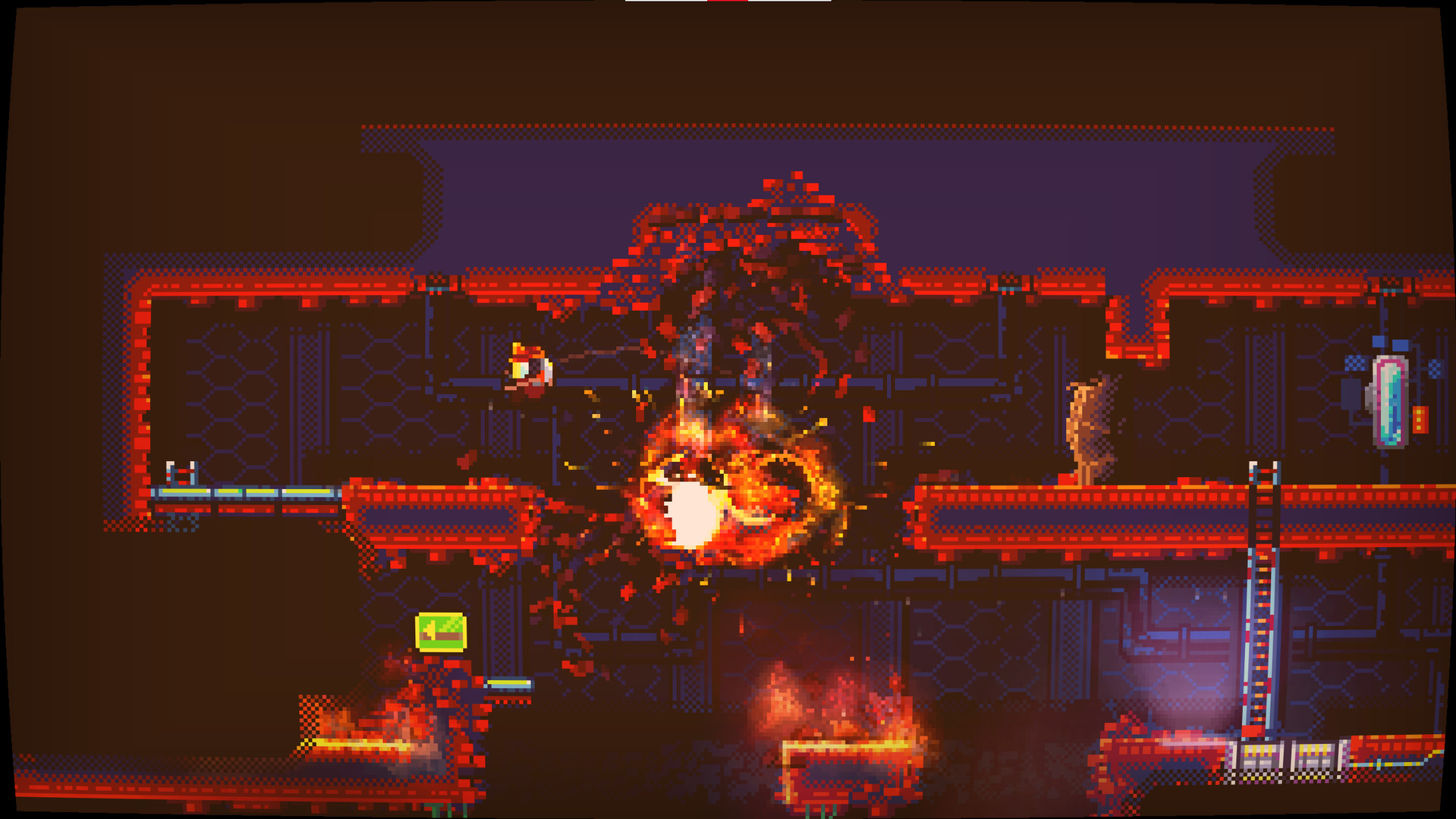 All told, then, Nuclear Blaze is a fun little game that makes good use of its firefighting concept. The fire behaves realistically—or at least as realistically as you can expect from a pixelated 2D platformer—and the game’s cute, lighthearted tone makes it accessible for a wide range of players. While I’m disappointed that it lacks much depth, I’m pleased with what is here, and I would love to see this concept expanded upon in the future. We ought to have more games like this that explore the tension and excitement of virtual firefighting.