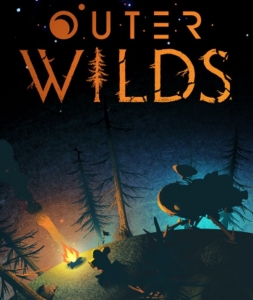 When I first heard of Outer Wilds, I’ll admit I confused it with Obsidian’s upcoming title, The Outer Worlds. As an open-world space exploration game, it even seemingly set itself up for some brand confusion. Regardless, it’s earned attention for its unique style, theme, and gameplay elements. That doesn’t necessarily mean it’s worth your money, though. 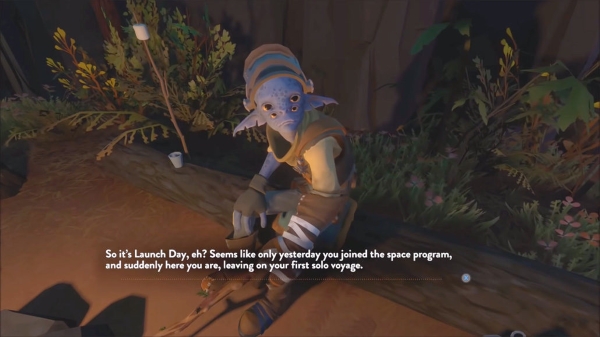 Spiritual Content: Due to the nature of the game, there are elements that can bring into question life, death, and what lies beyond. It ultimately tries, in its own way, to paint a beautiful picture of what lies beyond this life, but never really tackles spirituality or faith in a genuine manner.

Violence: There is a wide range of methods that can end you. From asphyxiation to rapid decompression, from falling too far to slamming your ship into a planet to being lunch for massive creatures, plenty of celestial elements are eager to trigger your demise. Luckily, none of them are gory or shocking. The screen typically fades to black and respawns you.

Language/Crude Humor: There is no coarse joking or foul language in Outer Wilds.

Positive Themes: Outer Wilds excels at promoting the adventurer’s spirit. There are multiple planets to explore and a ton of secrets and puzzles to find and solve. 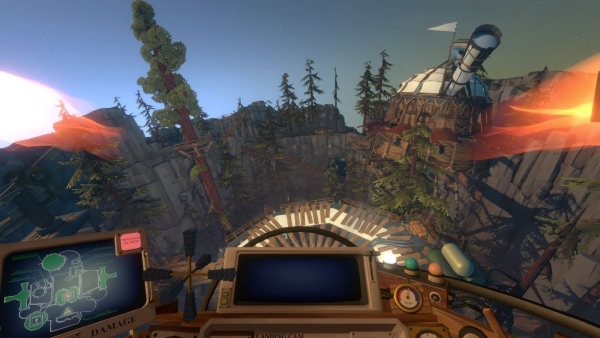 I want to get one thing out of the way immediately. Outer Wilds is a cool game that offers some fantastic moments for players to experience. Its drawbacks, however, well outweigh the demands it makes of your time and effort. 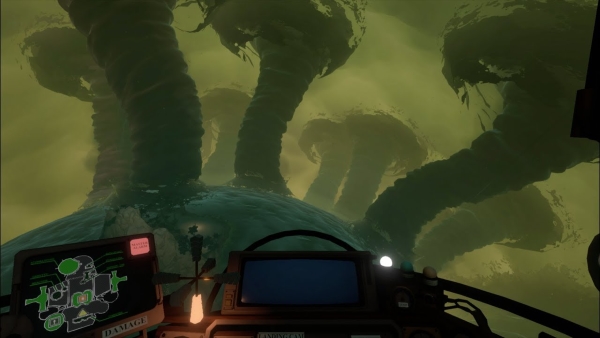 The narrative setup is that you’re about to join an elite group of adventurers from your hometown who’ve traveled off-world to explore the galaxy. Everyone trusts that you’ll do and find cool stuff. It isn’t until you start actually discovering various things throughout the galaxy that you begin to uncover the deeper narrative. I’ll avoid spoilers, but suffice it to say, it’s both convoluted and, the more you discover, fascinating. Just know that when you die, you’ll respawn at the same moment the game began with whatever archaeological knowledge you were able to record in your last incarnation. From there, a deep mystery will take you across space and time. 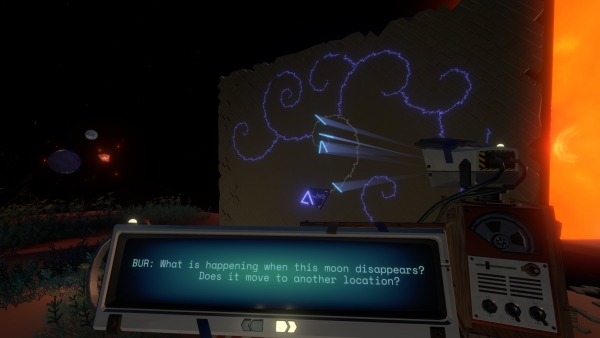 The gameplay mechanics provide both an intriguing way for you to explore the universe around you and, in my opinion, an infuriating set of barriers that reset and impede progress. Each time you spring to life, you’ll witness a space station above being destroyed in a bright flash in the night sky. From there, you jump on the launch elevator, jump in your ship, pick a planet to explore, and take off. 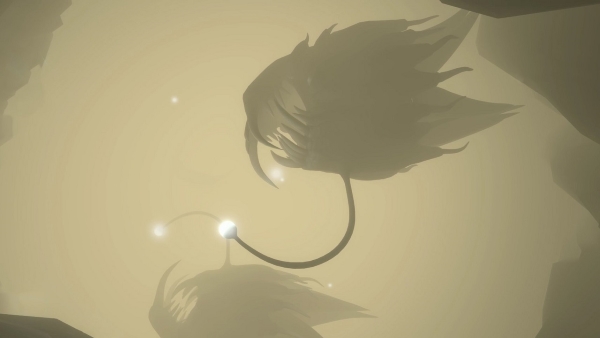 From the surface of each planet, you can find landmarks to explore. These often have left-behind alien writings you can decipher to flesh out the story and give clues on other points of interest to research. Each discovered writing or clue will be added to your ship’s log, which can help give you a sort of mind map of everything you’ve done and have discovered you need to do in the game.

This is where things start to get tricky. With each life you start anew, the clock on the galaxy refreshes. Events always happen along the same timeline, so solving puzzles can restrict you to time windows that, if missed, will have to be caught on another go-around. On top of that, you can hit points where everything feels too vague to continue. In this way, I feel like the game works against the player, actively disrespecting their time and efforts; this is a criticism coming from a major fan of Dark Souls games. At least in the Souls franchise games, you can learn what you’ve done wrong and course correct. With Outer Wilds, you can’t even be sure of that. 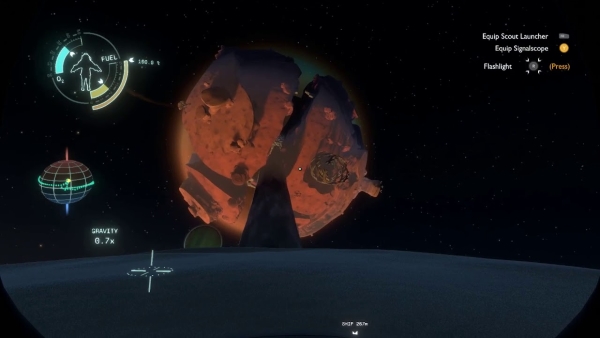 While some may focus on the game housing some intriguing gameplay mechanics and places to explore, Outer Wilds is also a sight to behold. The character designs are lighthearted and whimsical. Each planet feels completely unique, both in tone and color scheme. Each place in the galaxy is worth checking out, if for nothing else than watching a sunrise, sunset, or environmental shift on each. Mobius Digital has excelled at making everything feel hand-crafted.

The sound design in Outer Wilds is well done, too. Fellow explorers strewn across the galaxy each have a unique instrument they play, and you can track them by their audio signals. There are also distress beacons and more that utilize directional audio to enhance the gameplay experience. Beyond that, the ambient sound in each environ feels appropriate. From falling sands to ominous, eery quiet with deep groans, it’s all there to help build the believability of this universe. 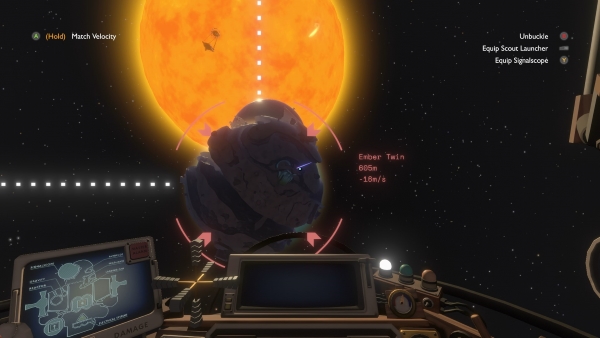 Outer Wilds is a unique gameplay experience for anyone willing to pick it up and dedicate some time to it. There’s certainly fun to be had exploring the universe Mobius Digital has crafted, but it’s going to get old after a few hours. The game is beautiful and, due to sharp audio design, feels believable. Unfortunately, the reset and timing mechanics can (and will) feel frustrating and overbearing at times, leading to confusion and aggravation as you revisit locales and work to solve puzzles under time constraints again and again. Ultimately, I’d recommend you borrow it from a friend for a couple of days. The game wears out its welcome after that.

Outer Wilds is a big, beautiful game spanning an entire solar system that celebrates discovery while, at the same time, slaps you in the mouth for getting too curious.