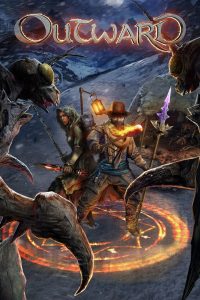 Outward is an independently developed role-playing game from Nine Dots studio where you play, not as the typical hero character, but as a downbeat commoner struggling to survive in the harsh environment around you. Featuring some elements of survival games, the challenging yet rewarding gameplay creates a game experience that is unique enough to stand out from the crowd in a way that I’ve never seen before. By breaking away from standard fantasy RPG tropes, Outward is able to forge its own identity amongst its RPG brethren.

Spiritual Content: Magic spells and demonic creatures are plentiful here. One of the spells you can unlock is similar to a pentagram.

Violence: Combat is a big part of this game so expect to see a lot of blood splatters and gruesome kill animations. Characters can be burned alive with a fire spell or mauled to death by hyenas and other monsters.

Sexual Content: Both male and female characters can run around half naked wearing nothing but undergarments. Some of the female outfits can be a bit too revealing.

Positive Content: One of the factions you can join is the Holy Mission of Elatt. This group is focused mainly on helping those around you, and their guiding principles are very similar to Christian worldviews. A big theme of Outward is the idea of carving your own path and finding your own destiny. 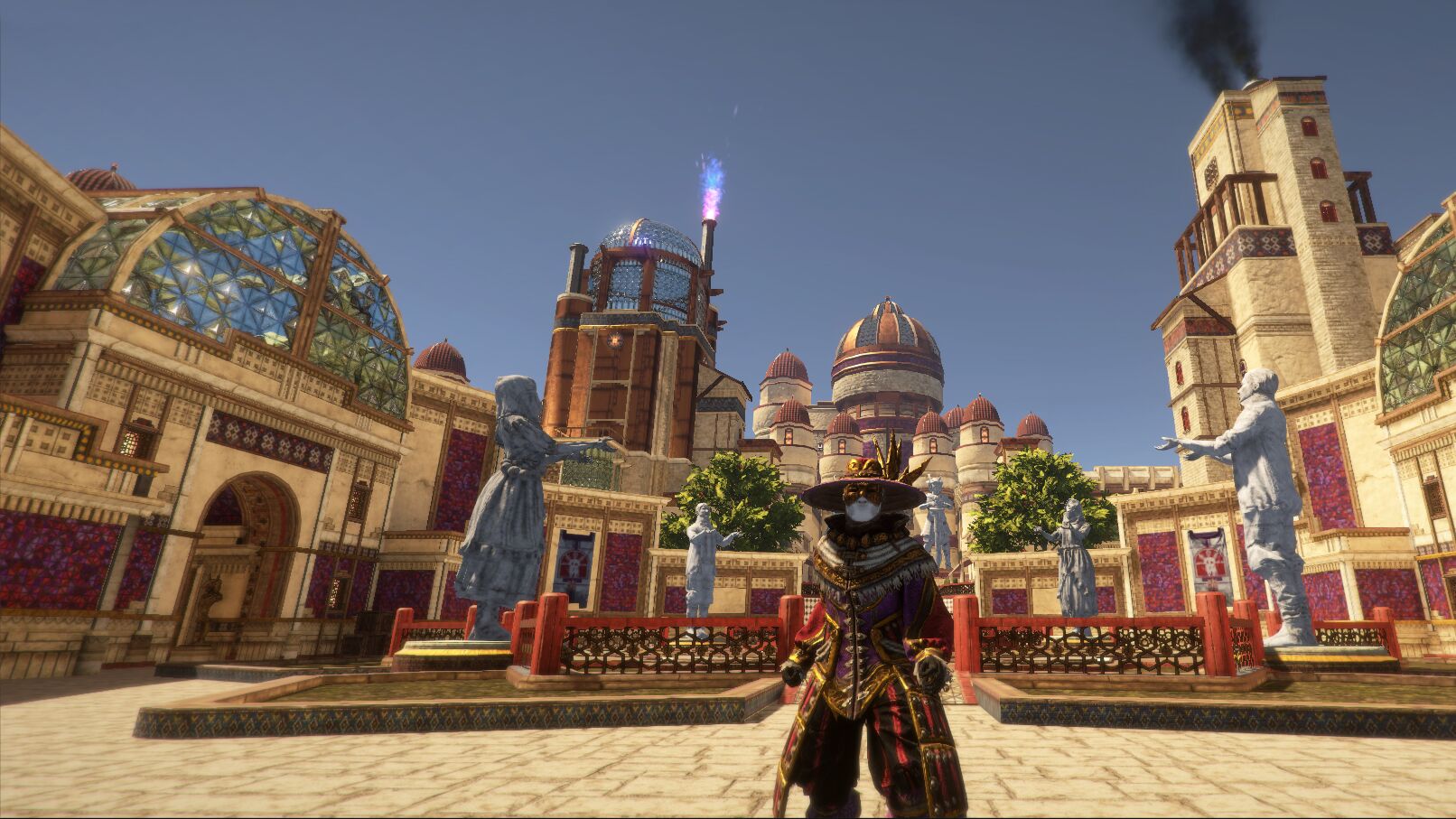 Let me get this one thing out of the way first: Outward is a HARD game, often brutally difficult at times. This game will not hold your hand at all, and some mechanics are unexplained in the game’s quite lengthy tutorial sequence. Outward is not a game for everyone; it’s not going for mass-market appeal, and that’s okay. Outward knows exactly what kind of game that it wants to be, and it excels at it in most ways.

In Outward, you don’t play as the typical “chosen hero” character that you see in so many other RPGs. No, you’re just some random guy. The game starts you off after a shipwreck leaves your character with nothing but the clothes on your back and you’re left to fend for yourself. You start off at the bottom, having to pay a blood debt within five in-game days to keep your house in the town of Cierzo. From there, you are free to join one of three different factions, each offering their own quests which add to the replay value. Most of the early quests are a lot of fetch quests and the like which isn’t helped by the game’s poor map system. Remember back in the days of Morrowind when quest givers didn’t mark things on your map and they just gave you general directions on where to go? Outward uses a very similar method to what Morrowind had. While this may have been impressive back then, I would’ve liked some of the more modern conveniences available as an option, like being able to add waypoints and map markers to help with exploration. 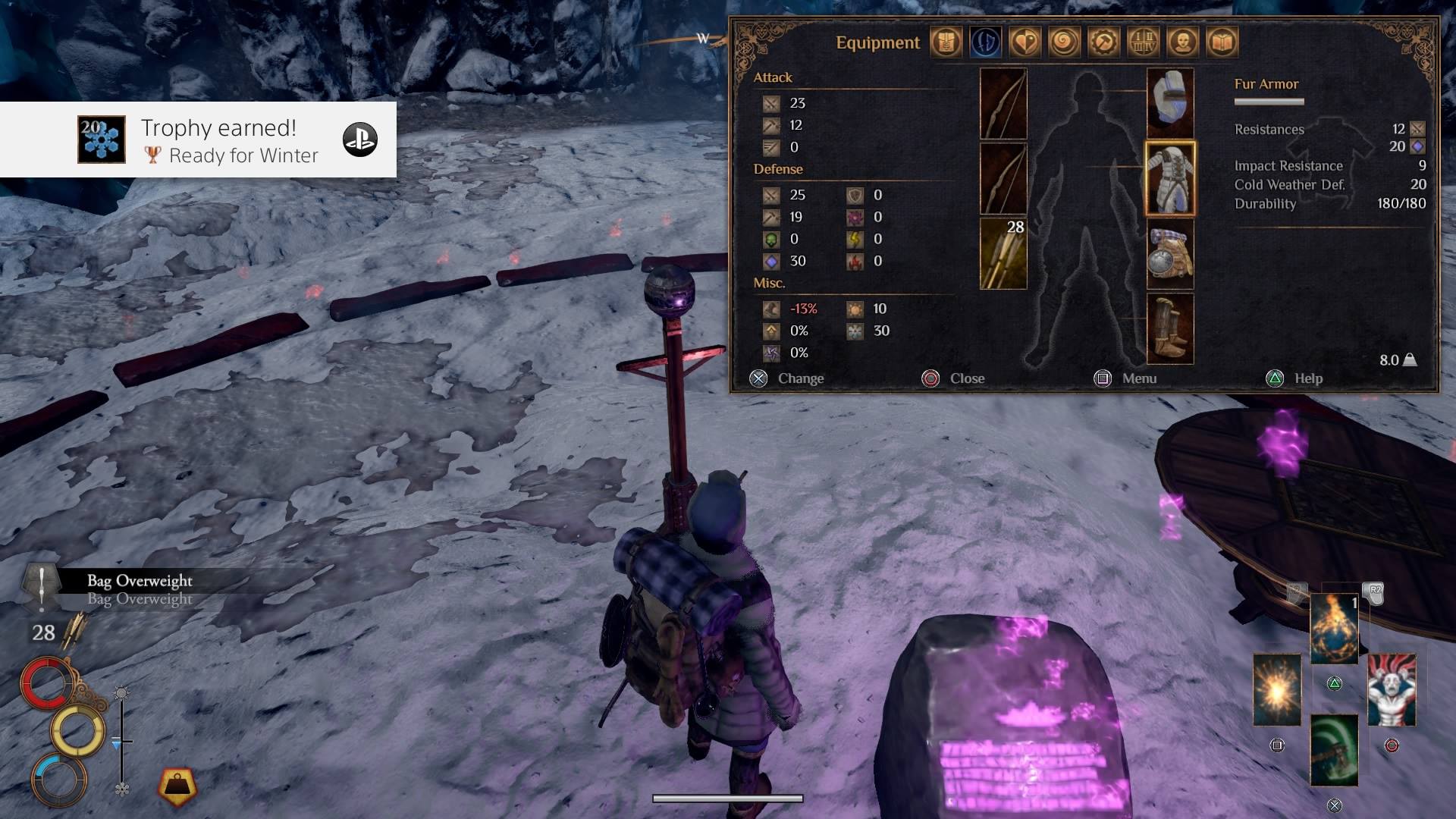 Melee combat feels pretty basic here. You have your usual weapon types that are in a lot of fantasy games: swords, battleaxes, maces, bows and other armaments. Most of the combat scenarios end up with your character circling around the enemy and hitting it until it or your character falls over and dies. Combat feels serviceable at best, but it doesn’t do anything really interesting which led me to mostly just avoiding combat encounters altogether. And when your character does die, a random event can occur like getting help from a stranger or being imprisoned by bandits. One time when I died, I woke up in a dark cave and a demon offered me a possession spell. Since there is no manual save option, consequences from failing led to intriguing outcomes that kept me coming back for more just to see what would happen to my hapless adventurer next. And if you’re playing in cooperative multiplayer through split-screen or online, there’s even more chaotic fun with your adventuring friends. 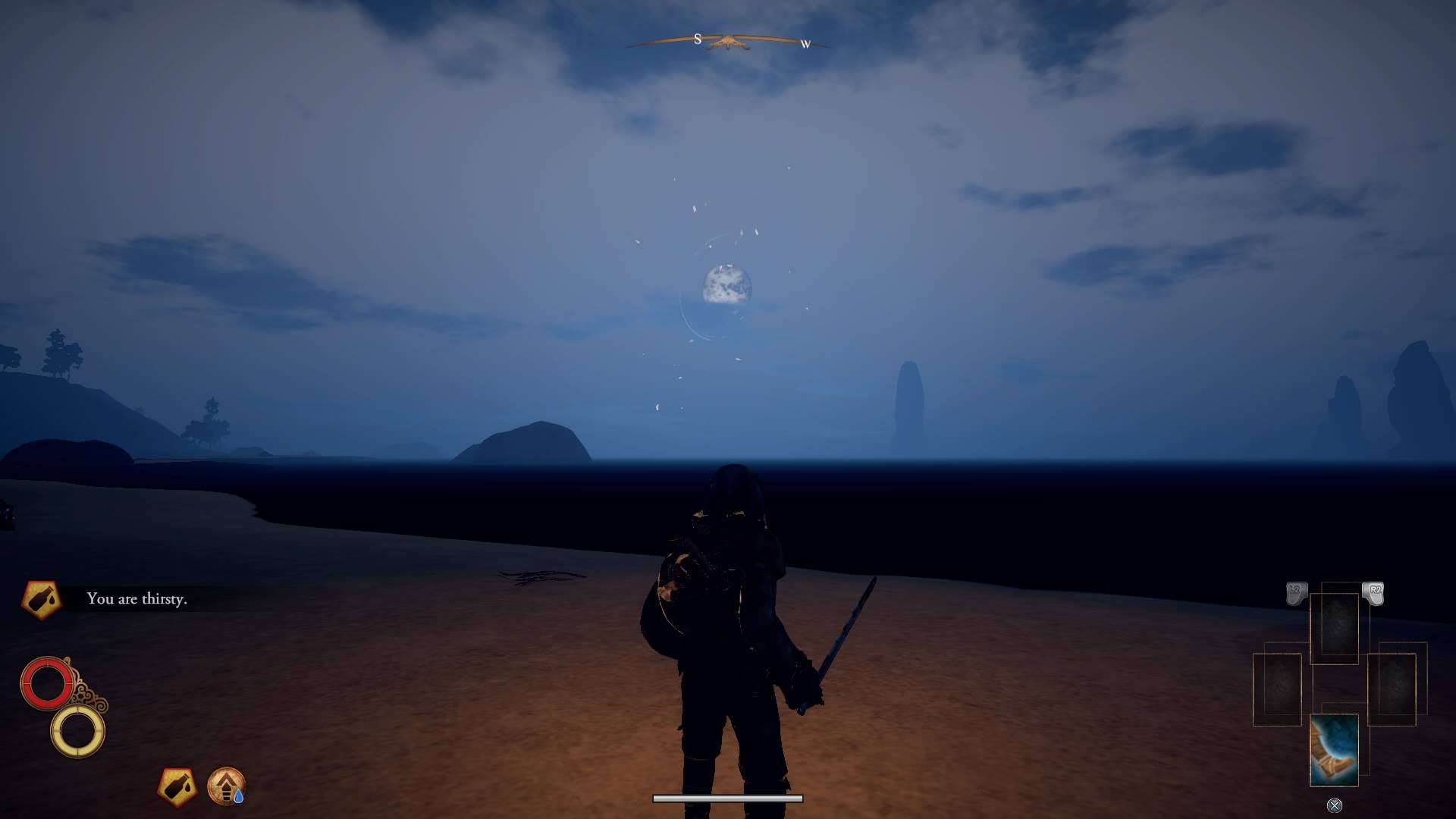 What’s really interesting is how Outward handles its magic system. In most games, you would just press a button and instantly fire lasers out of your character’s hands. In Outward, magic requires preparation and resources to effectively defeat your enemies. For example, in order to unlock magic, you will need to sacrifice a portion of your health and stamina meters. And a simple Spark spell isn’t going to do much damage unless you first lay down a Fire Sigil. Magic creates this interesting risk vs. reward gameplay that is immensely satisfying if you can manage to pull it off.

On top of all these RPG mechanics, Outward also adds some elements from survival games. Maintaining hunger, thirst, and fatigue meters by eating, drinking, and resting are a must if you want to survive the harsh landscapes. Food can quickly go rotten if left untouched for long enough and your character can contract diseases. And you’ll need to pack either cold or warm weather clothes if you venture into the snowy plains of Chersonese or the vast Abrassar Desert. These survival mechanics added some much needed depth to the gameplay loop and they never felt forced or tacked-on. 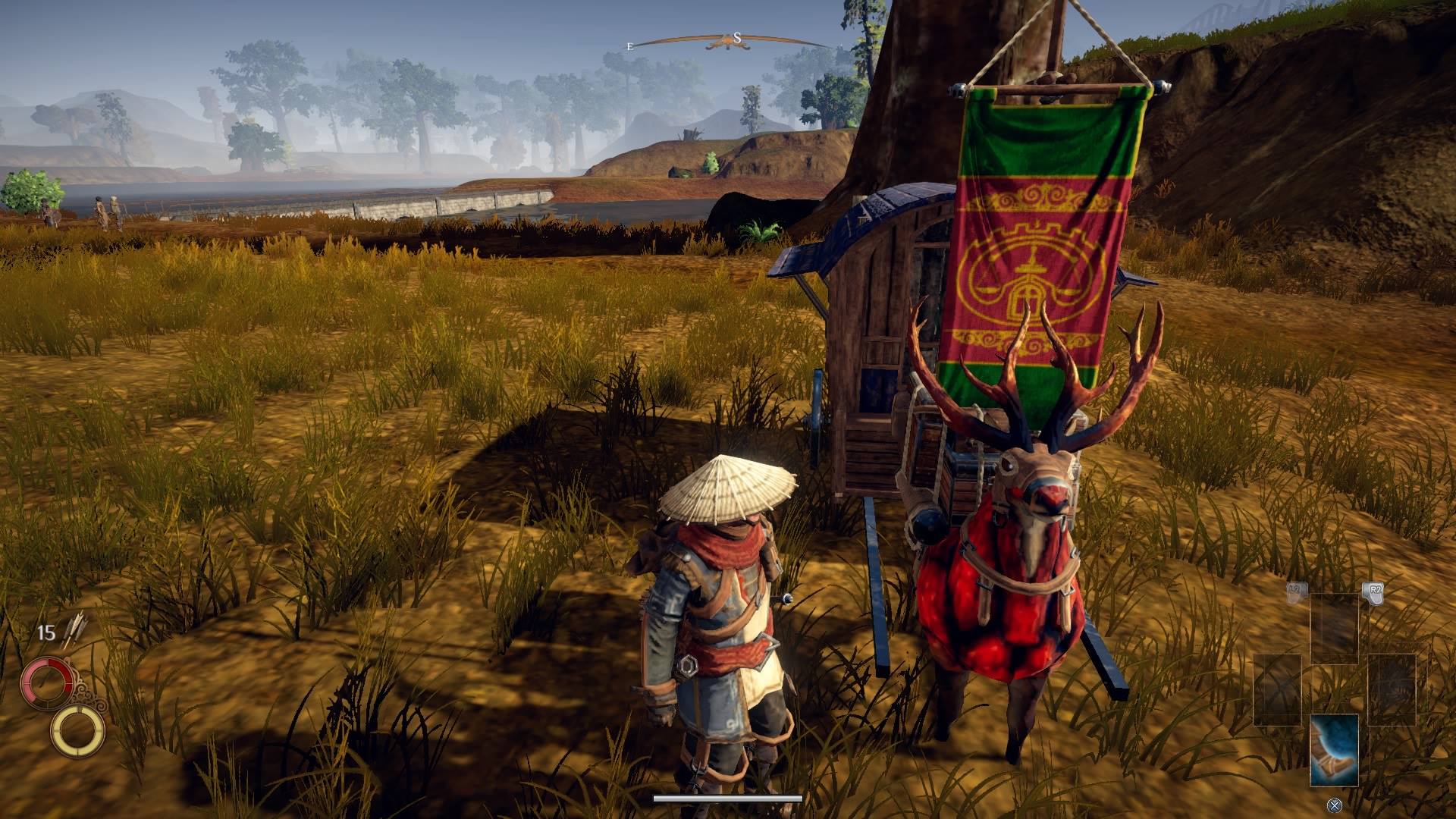 I made a new friend. His name is Rudolph the Radioactive Reindeer!

Production value overall is quite impressive for an indie game here, with a few low poly textures and character models holding it back from being truly great. Character progression is tied to finding better weapons and armor rather than focusing on statistical improvements. The soundtrack is great as well, reminiscent of Jeremy Soule’s work on the Elder Scrolls series. Coming from a small indie studio, I’m impressed at how ambitious Outward truly is.

Overall, I’ve enjoyed my time with Outward. I think there’s some really good ideas here that could be improved upon in a future update. I would like to go back and try a different playstyle than what I went with before. The magic system and random death encounters are unique enough to warrant at least another look. I’m really impressed by what Nine Dot Studios has managed to do here with Outward and I look forward to whatever project they bring us next. Maybe an Outward 2, perhaps?

Outward is an ambitious game which lays a solid foundation that can be improved and expanded upon in future updates or a potential sequel.