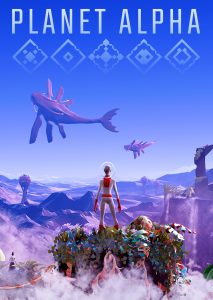 PLANET ALPHA began development in 2013 under the direction of Adrian Lazar. Lazar continued to work on the project part-time until the game was fully funded by the investment company CAPNOVA. PLANET ALPHA then continued its development with a three-man team until the September 2018 release. PLANET ALPHA is a special game for many people including publisher Team I7 who with this release, celebrates their 100th published game. In addition to the 100th TeamI7 game, PLANET ALPHA, has won over twelve awards including “best of show” and “outstanding original.” With PLANET ALPHA, TeamI7 continues to be on a hot streak with games like the Escapist series the Worms series, Yooka-Laylee, and Overcooked and Overcooked 2. 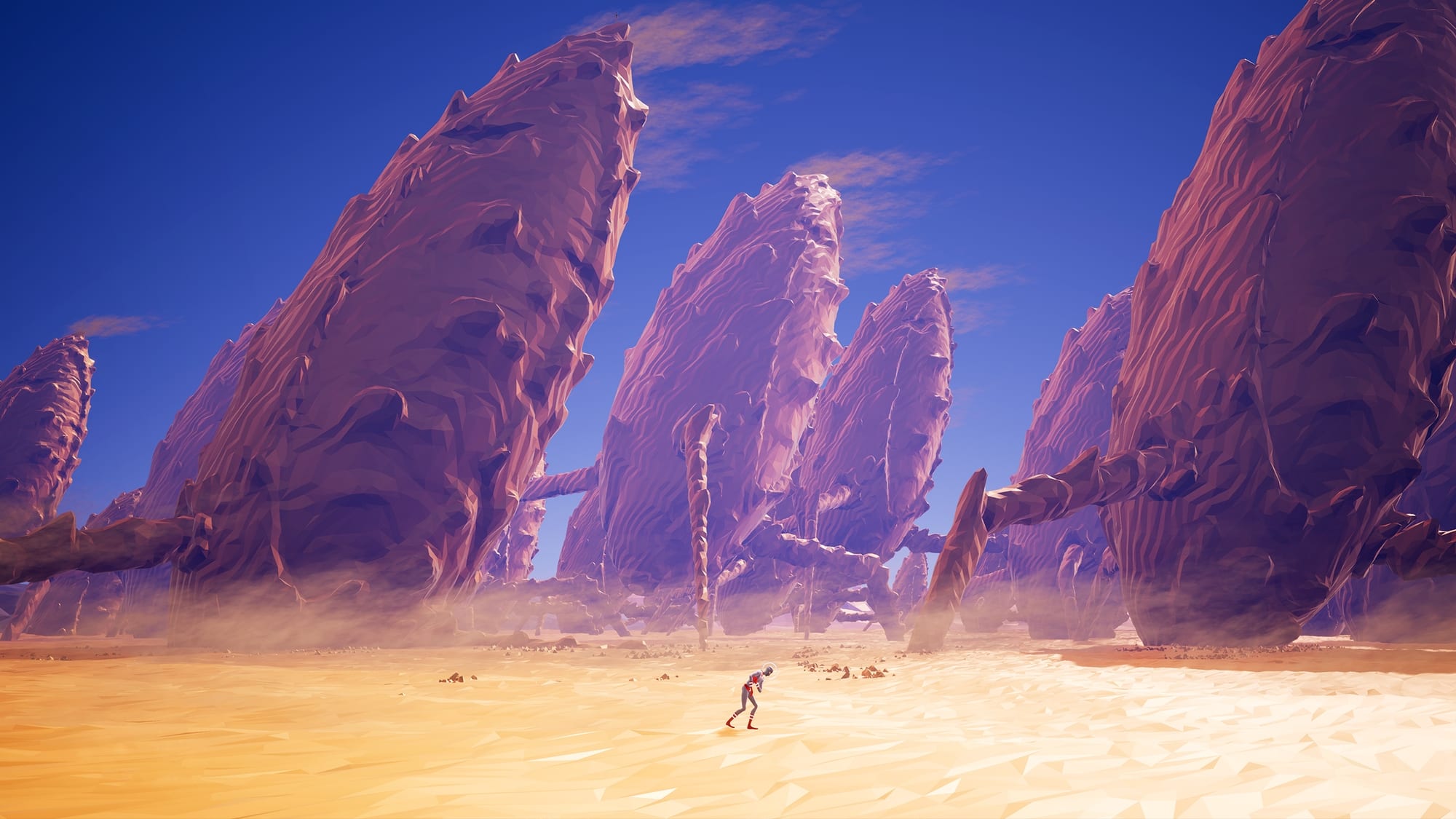 Spiritual Content: PLANET ALPHA, while not explicitly religious, does have tones of religion scattered throughout the eight chapters of the game. Occasionally, the protagonist will enter an area which resembles a temple. While in the temple areas, the protagonist will interact with illuminated symbols on the floor. These symbols often grant the player access to powers, abilities, and unlock new areas of the game. In addition to the iconic symbols, the temples include golden statues which are positioned with people in praying and praising postures.

Violence: PLANET ALPHA primarily focuses on evasion, deception, and exploration. This means the protagonist will frequently be caught, exterminated, and killed by enemies or the environment. When this happens, the protagonist will be disintegrated, flung across the screen, miscalculate a jump, or be crushed by an object. While minimal, players will see blood coming from the protagonist upon his death, and during exploration, players will come across two to three dead NPCs scattered in the background environment. However, the violence contained in PLANET ALPHA is never over the top or too graphic. 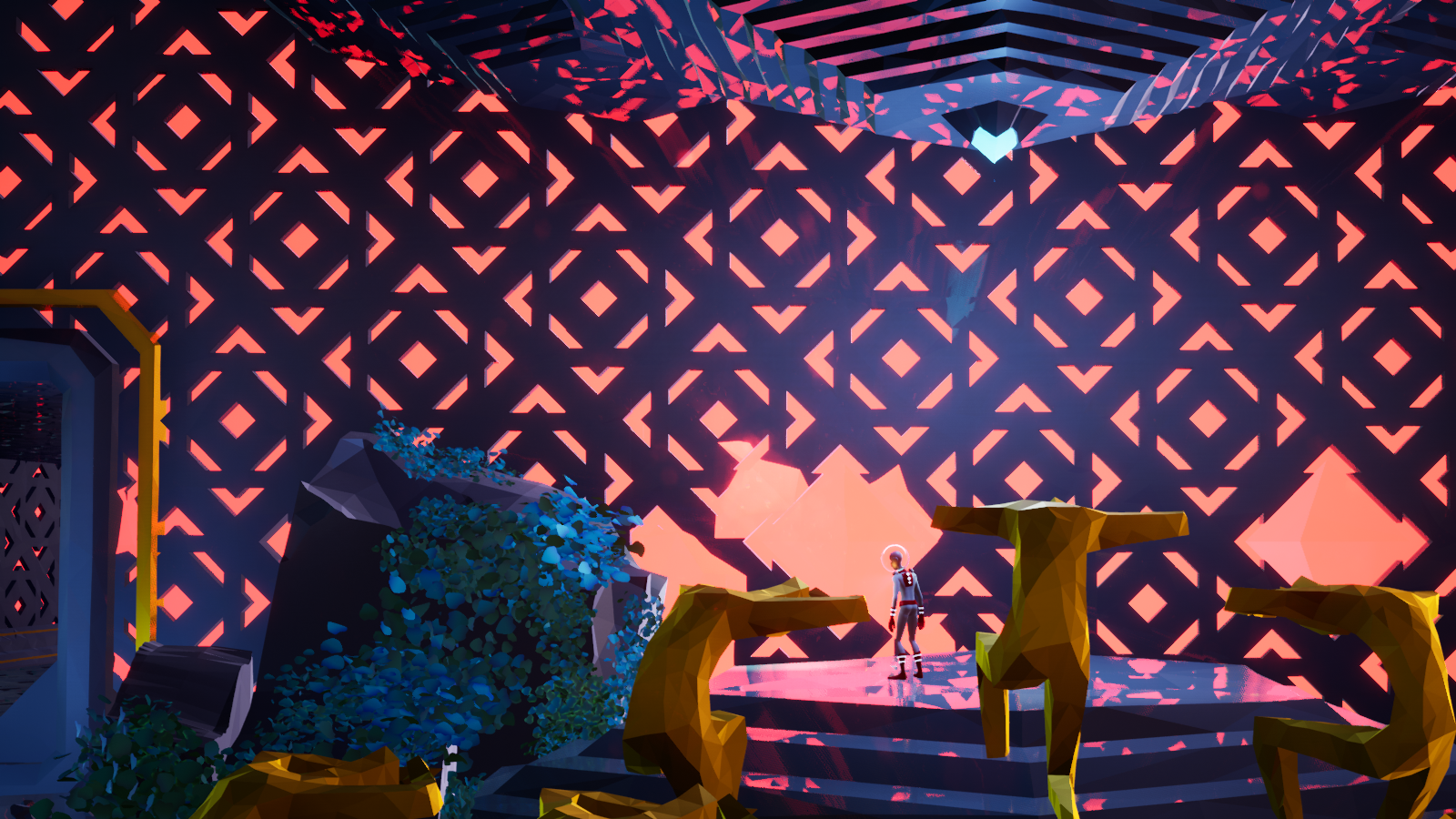 Positive Content: PLANET ALPHA is an overwhelmingly positive game. It teaches players problem-solving, what it means to persevere, and at least for me, PLANET ALPHA is a game that led me to recall the events of John 18:33-37. Jesus stands before Pilate and proclaims, “His kingdom is not of this world.” And if we might draw a parallel, that’s surely how the protagonist feels. He is an alien on an alien world trying to find a way to safety and to his true home. The same certainly holds true for us Christians. This is our temporary home; we are surrounded by things trying to destroy us as we await the glory that comes to us in the kingdom of heaven. 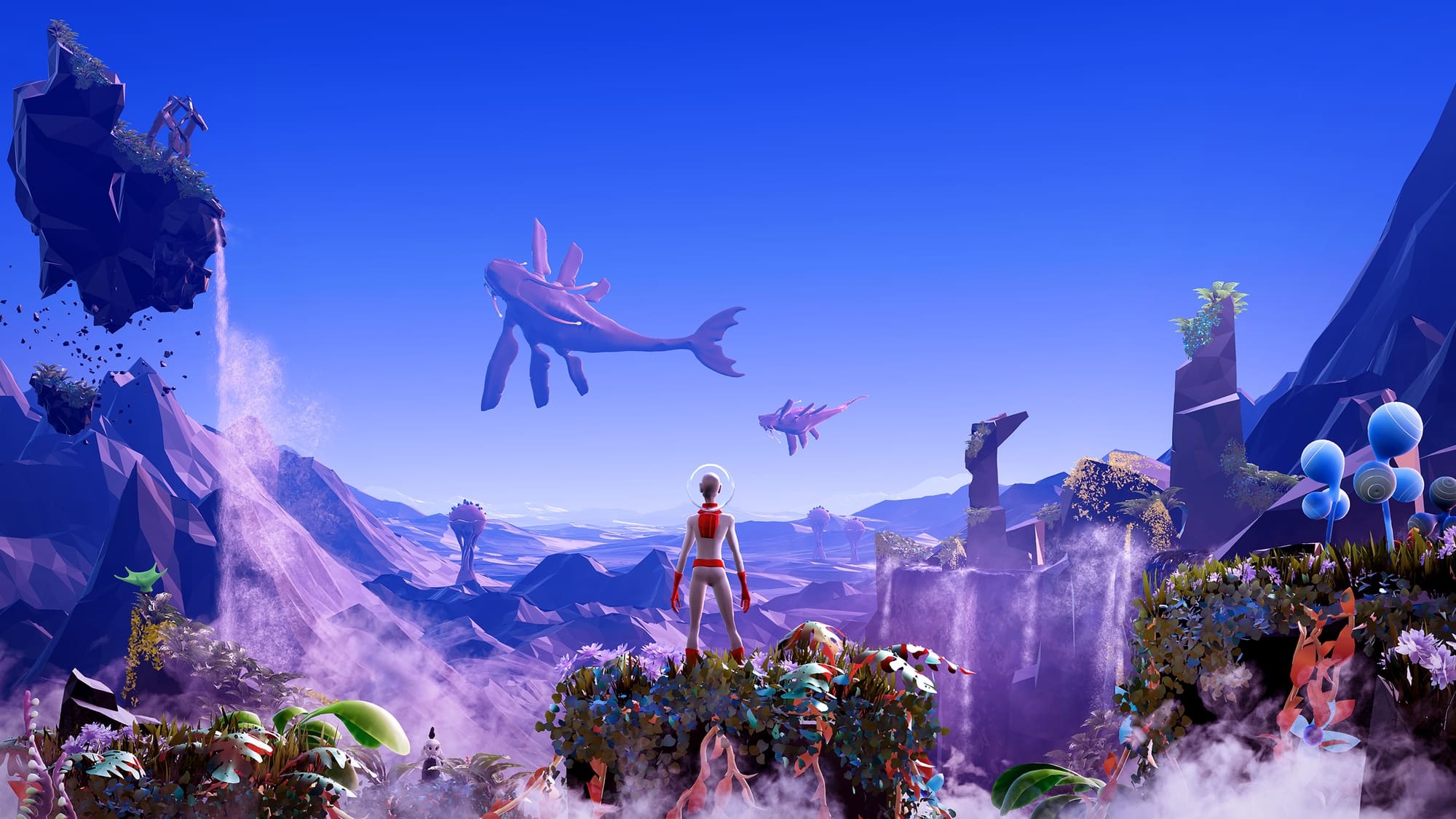 The story of PLANET ALPHA is a simple one. Your character finds himself injured and on a hostile alien world. Everything around him is trying to eliminate him. Therefore, he must find safety, he must find a way to survive, and he must keep moving to stay alive. To do this, he must hide, solve puzzles, and platform his way through the world. And if life was difficult enough for the protagonist, he’s not the only alien arriving on the planet. He, unfortunately, crashes during a hostile planetary invasion with robots reminiscent of ‘60s science fiction film.  For reference check out the original Lost In Space series along with cheesy sound effects and laser beams too.

PLANET ALPHA, much like Limbo and Inside, is a 2D side-scrolling action adventure platformer. And if someone simply writes PLANET ALPHA off as sci-fi copy and paste of those two games, they would be sorely mistaken. Because while many games claim to fall into those categories, few succeed. PLANET ALPHA not only meets the expectations that comes with the territory, but I feel that it also exceeds in them. There is never a dull moment in the gameplay especially when you must hide from patrolling robots, flee from venomous insects, avoid larger than life enemies, and run and jump for your life as the world crumbles into a lava pit behind you. 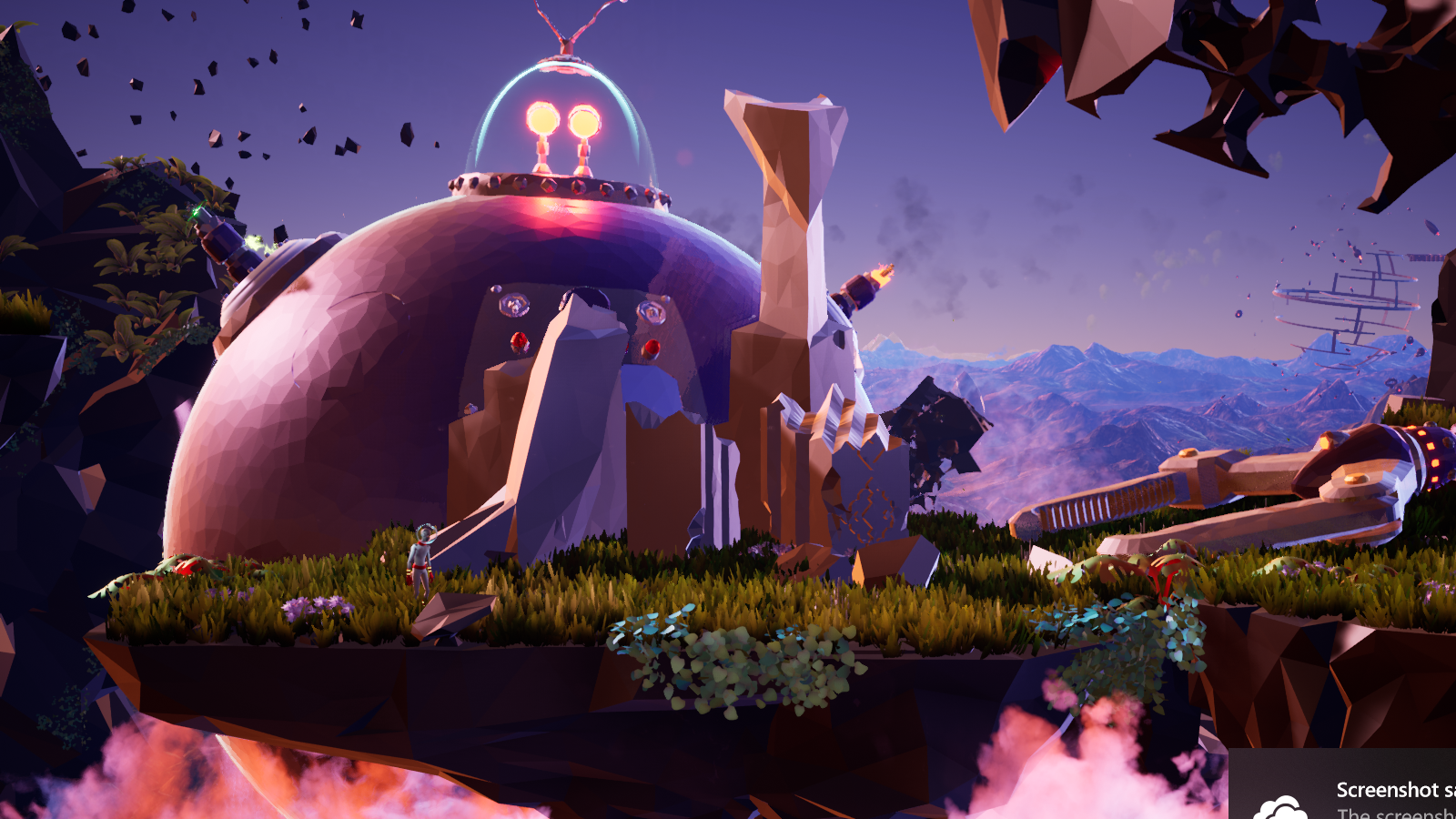 Since this is a platforming game there will, of course, be jumping, climbing, and puzzle solving involved. However, PLANET ALPHA keeps things interesting by adding unique gameplay features. One of these features includes the protagonist’s ability to manipulate day and night cycles. This feature unlocks ways to solve puzzles involving planetary alignment as well as patches of vegetation growing up or down a wall. A second interesting gameplay feature involves special areas with low gravity, giving the character the ability to jump higher, jump further, and manipulate the environment to solve problems.

PLANET ALPHA in addition to great gameplay is also visually appealing. There were times when I would find myself stopping to look at the background and wishing there was a way to go deeper inside the world. The game features lush jungles, open grasslands, laboratories, mountain ranges, temples, barren desserts, dark caves, and beautiful waterfalls. Visually speaking, this is one of my top games of 2018. 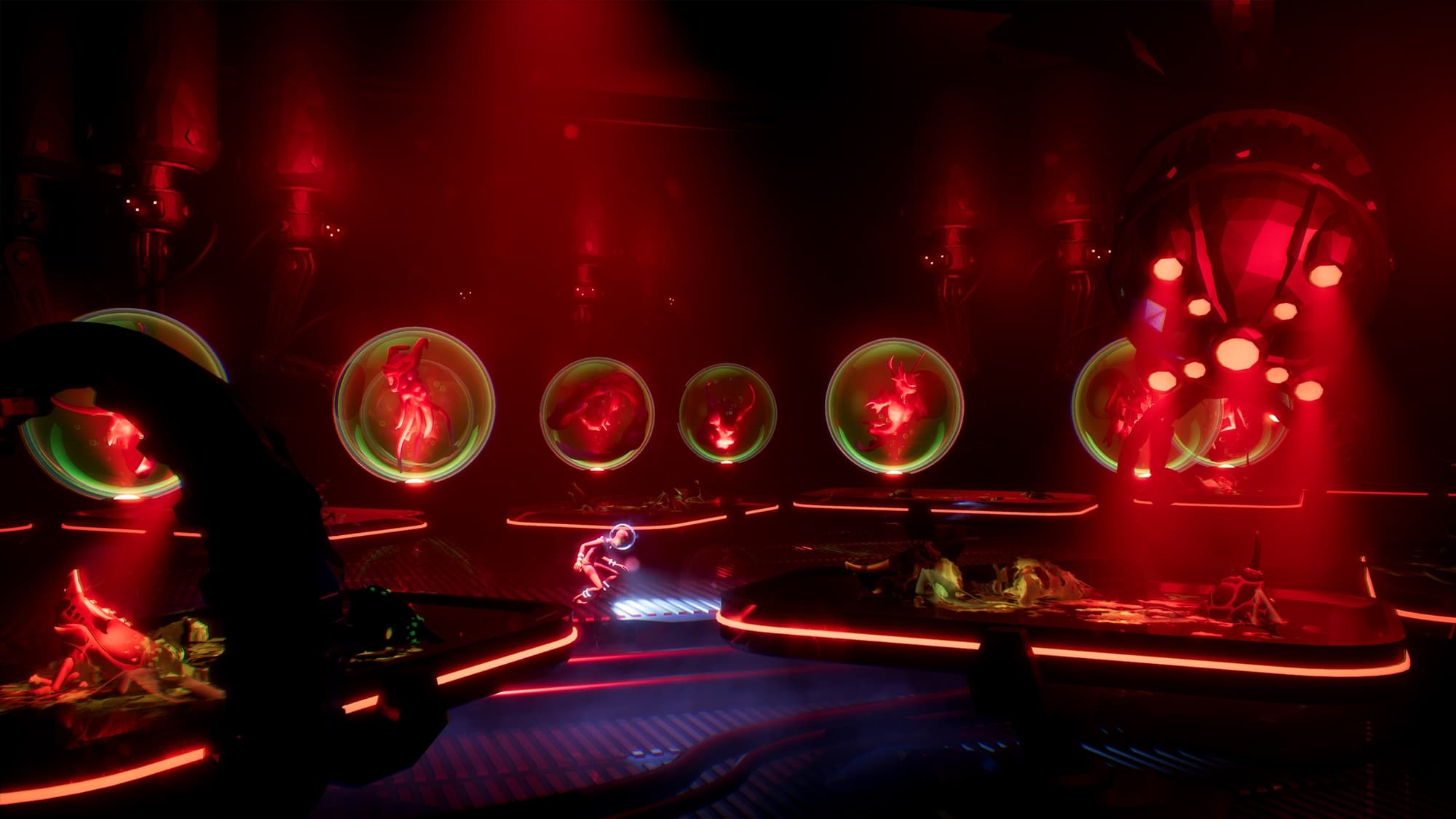 Something PLANET ALPHA also excels at is the sound effects and soundtrack. I mentioned above that I would occasionally stop to look at the background, but keeping me immersed in the experience were the sounds of insects, the bellowing of alien beasts, the patrolling robotic chatter, and the always appropriate music.

Despite all my praises for the game, I would occasionally find myself frustrated with controls and the occasional puzzle. There were times when I would experience sequences of serious input lag. I would press my keyboard and by the time the protagonist moved, it would be too late and my character would be dead. As far as the puzzles go, they are all well designed, creative, and fun to solve. However, my frustration would come from not seeing an item to manipulate for a puzzle or ledge to jump on or button to press. Again, these are minor complaints. 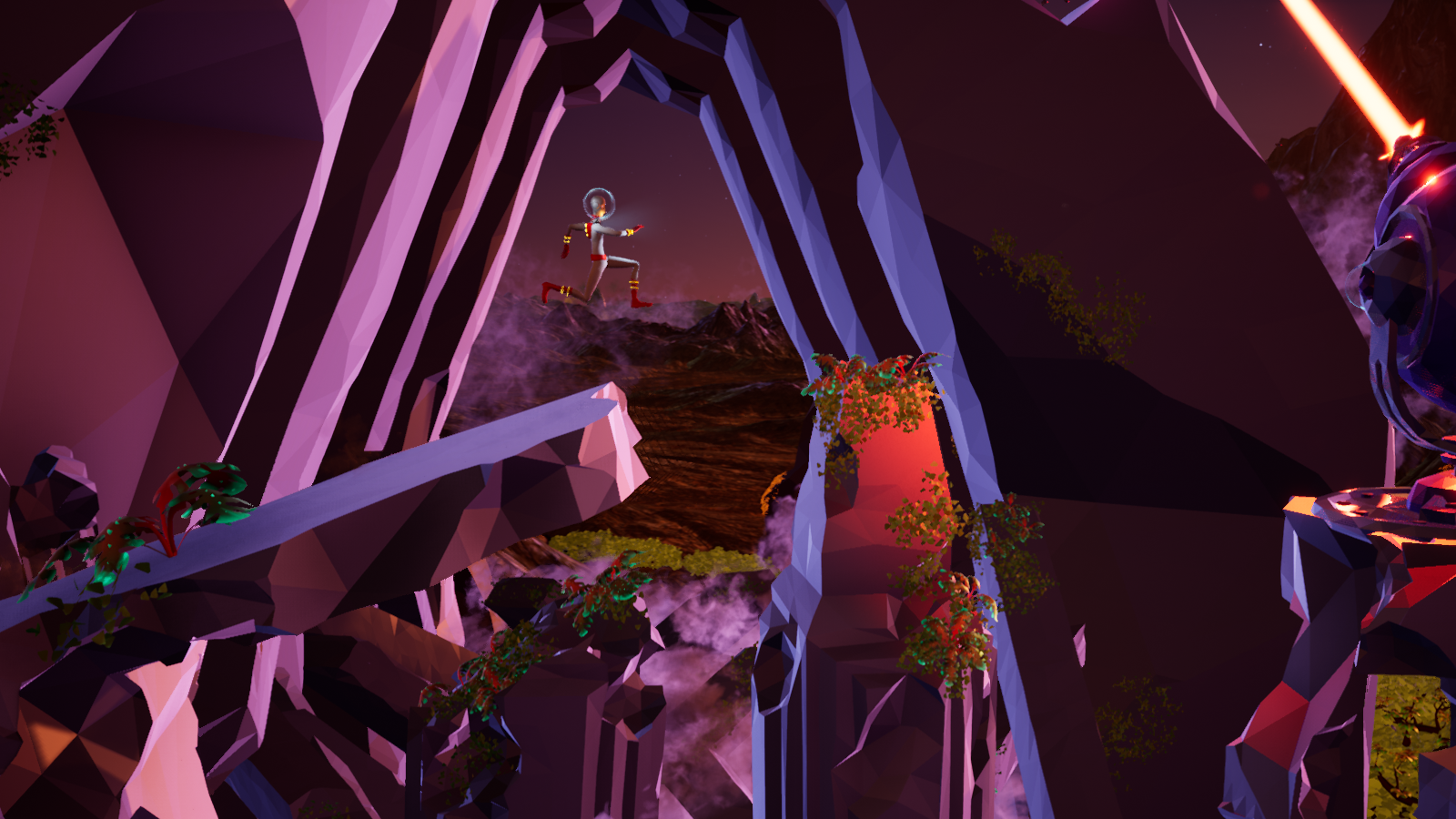 Overall PLANET ALPHA was a wonderful game and I thoroughly enjoyed my time with it. The minimal story, level design, gameplay mechanics, visual and audio fidelity are all top notch. In a time where AAA games get all the praise, this is indie that shines just as bright. It’s not every day when I fire up my pc or console and feel my face smiling from ear to ear, but PLANET ALPHA did.

PLANET ALPHA is an action-adventure platformer you need to play. There is never a dull moment as you run and jump to escape, evade, and avoid enemies, traps, and environmental disasters. PLANET ALPHA is a serious contender in the platforming genre and perhaps raises it to a new standard of excellence.