Review: Power Rangers—Battle for the Grid

Not the Mighty Morphin' game you were hoping for. 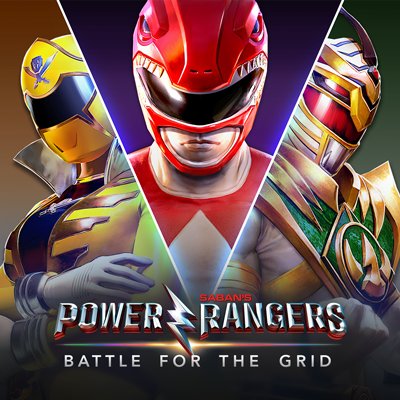 PC players morph into action as Power Rangers: Battle for the Grid hits Steam. The port released just in time for the Season 2 Pass which includes three characters, one of them available to play immediately on download. I haven’t kept up with Power Rangers since I was a kid, so imagine my surprise when the first Season 2 character turned out to be an anthropomorphic dog. Clearly, I have some catching up to do… 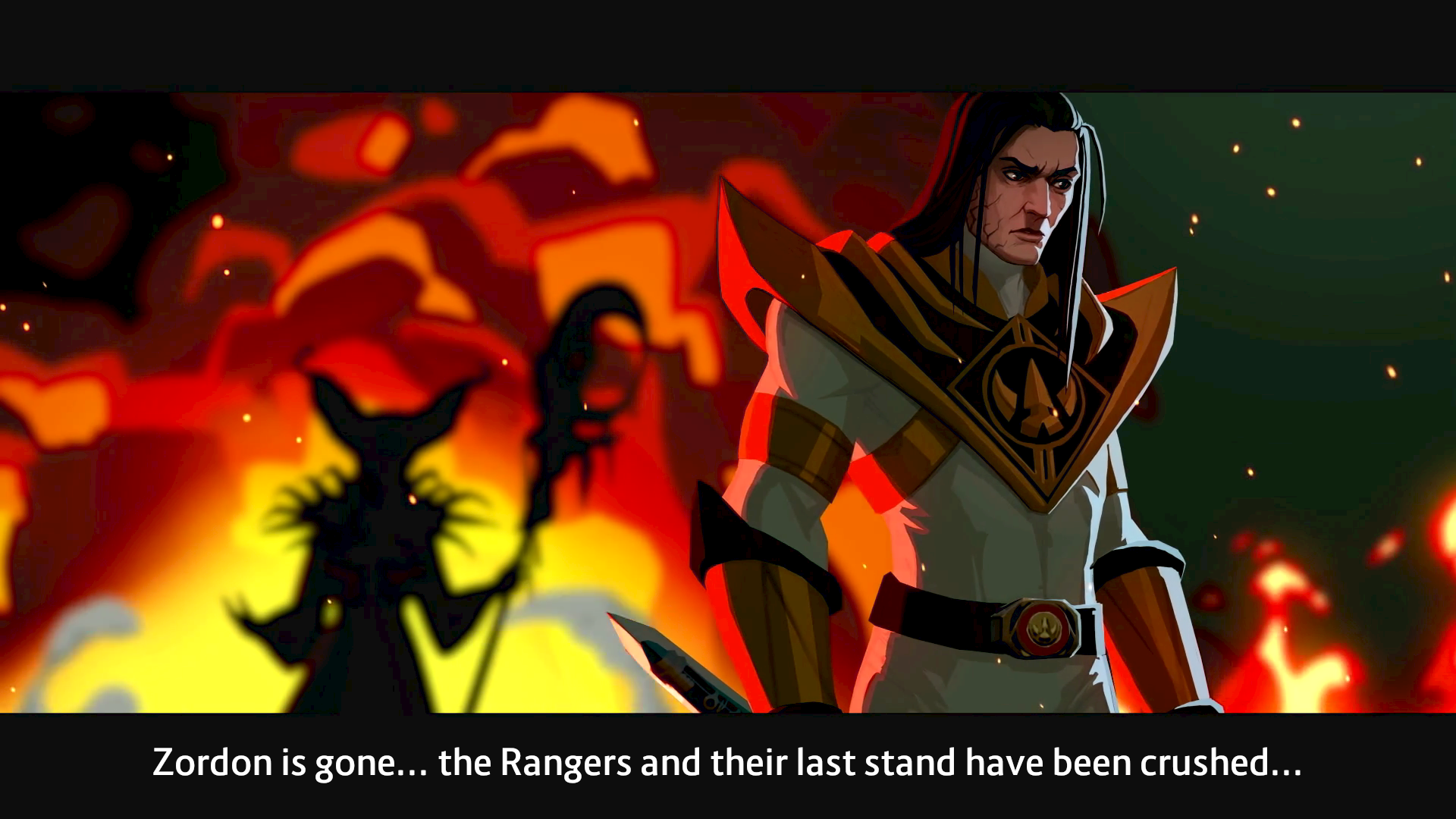 Yeah, there’s a LOT of catch up that I need…

There are a number of cutscene stills that depict blood, scratches, and wounds from battle. A character death takes place in a cutscene but it’s not portrayed violently.

Power Rangers: Battle for the Grid is an interesting title as it was announced out of nowhere casting some waves of nostalgia and hype. However, since its initial launch in April of 2019, Battle for the Grid had an uphill struggle due to its shaky launch on console. The game has decent graphics, but not the same polish as one might have hoped for such a large franchise. The UI design and 3D models/objects have the look and feel of a free-to-play mobile game. The gameplay modes available are bare-bones at best. It also has substantial online bugs where the players would often get hit by attacks even when they were blocking. 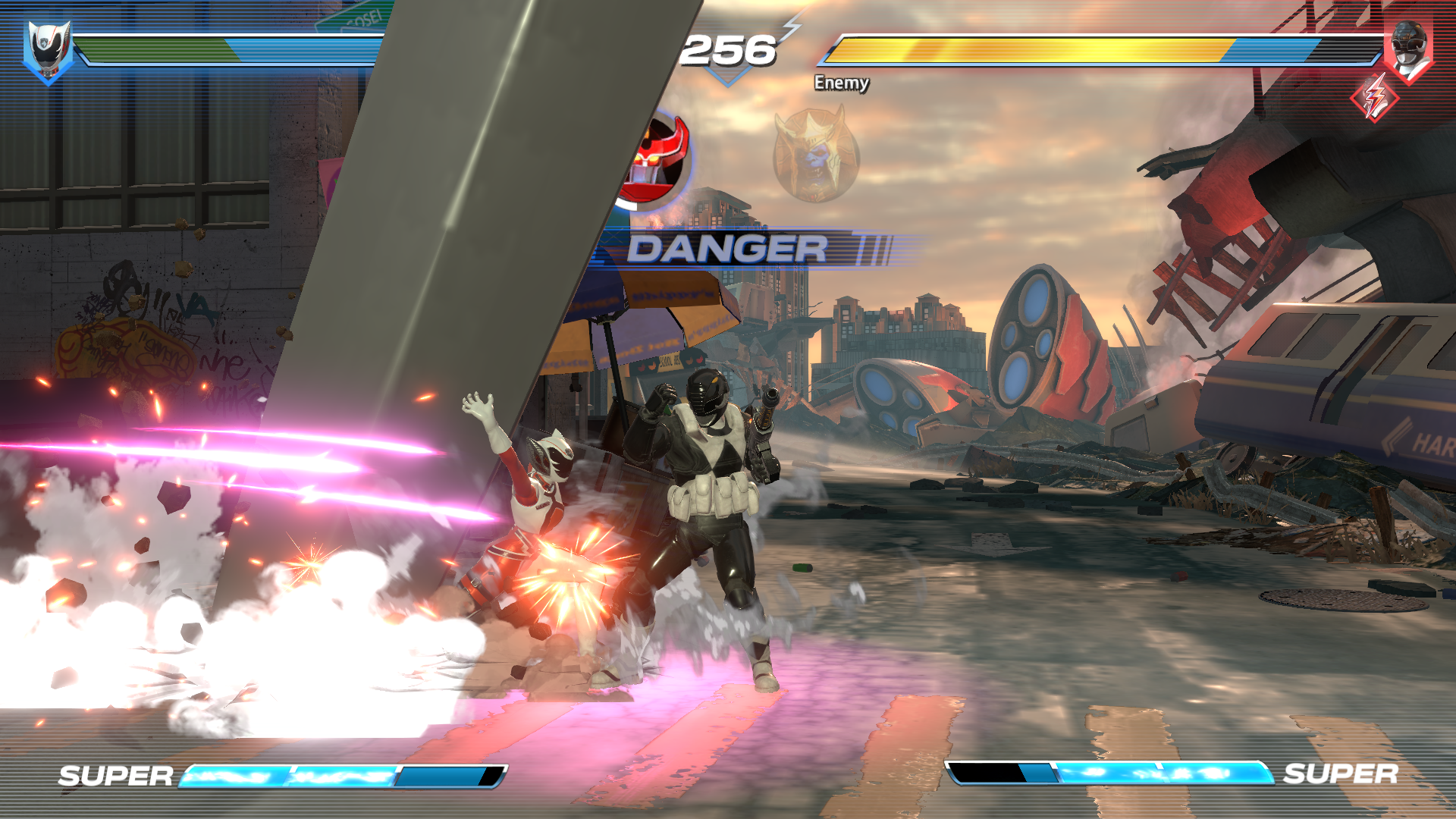 “Trust me! This’ll save so much time and electricity on travel!”

Despite all these shortcomings, Battle for the Grid is actually an incredibly competent fighting game, and it’s a 3-on-3 as well! Taking elements from titles like the Marvel vs. Capcom series and DragonBall FighterZ gives the game a leg up in the technical department. The universal moveset for all 15 characters (currently available including DLC) and an assist system that allows for instant swapping makes the action feel non-stop.

Though I haven’t stayed current with Power Rangers, the roster for the game feels fresh and each character plays significantly different from each other. I had fun taking each and every character to the training room and learning how their moves work as well as trying different types of teams. I’ve settled on a team of Lord Zedd, Jason Lee Scott the Red Mighty Morphin’ Ranger, and Jen Scotts the Pink Time Force Ranger.

Yes, I have adopted the original Mighty Morphin’ leader and his archnemesis.

No, you cannot change my mind; Lord Zedd rules. 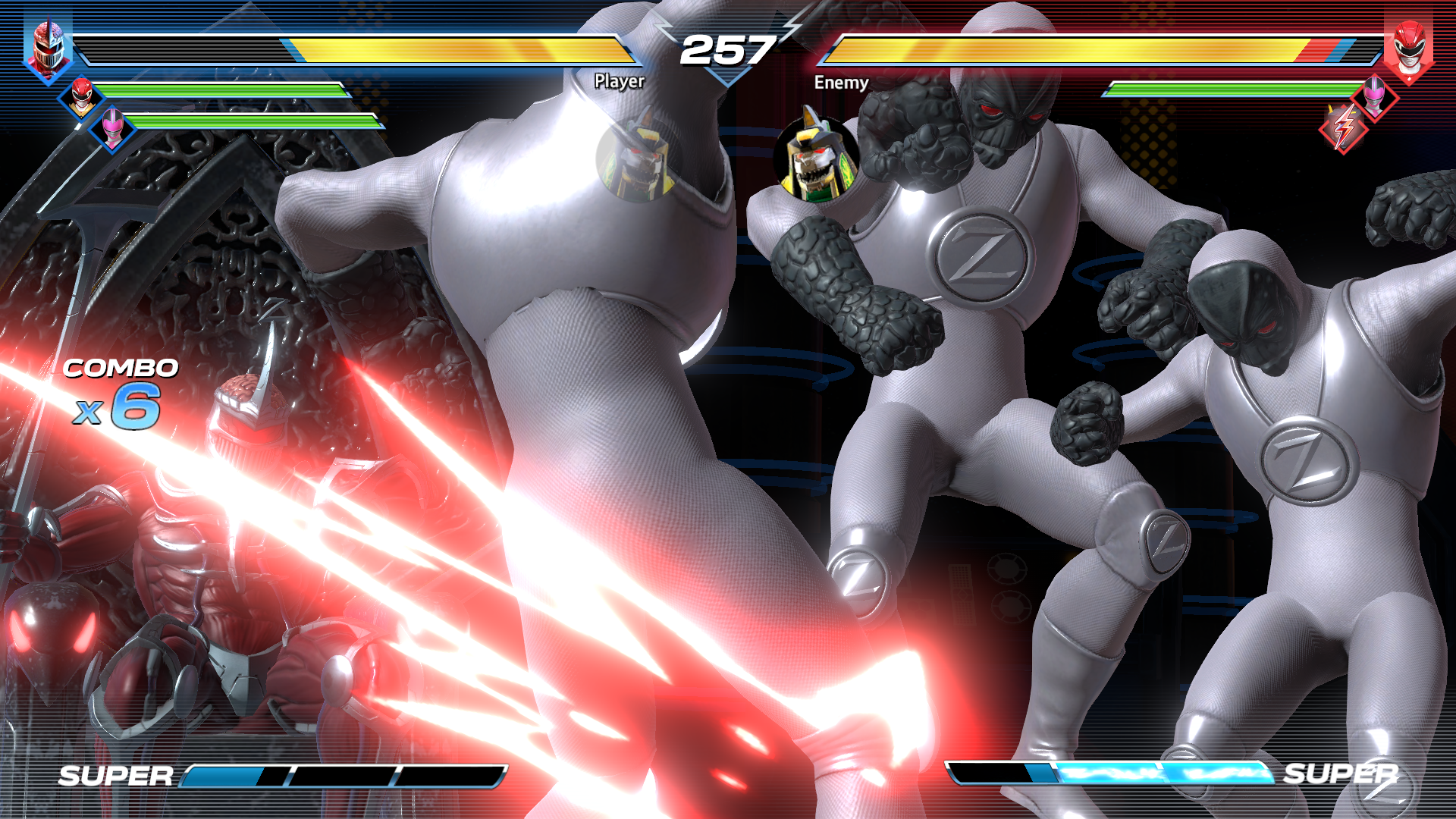 Despite the lower quality in the models, I really like the presentation and the effects used to elevate the gameplay. The supers are appropriately flashy and the character models move smoothly and have strong, dynamic stances that can actually help with learning how fast your character recovers from certain moves.

Speaking of moves, Battle for the Grid adopts an interesting method to its controls. You have four main attack buttons: light, medium, heavy, and special, and two assist buttons where tapping once will call in a team member for an attack—tapping it twice will switch them at any point. Special moves are executed by pushing forward or back in conjunction with the special button, minimizing the control execution barrier found in most fighting games. This allows the player to focus mainly on space and timing as the animation recovery is displayed clearly to show which moves are safe on block or unsafe.

Each attack button, save the special button, has its own short auto-combo that can be interchanged with each other like in DragonBall FighterZ. This helps with learning which moves can be chained properly and what combo enders you want to finish with while setting up your next approach. If you’re paying attention, you’ll naturally learn the properties of each move available. 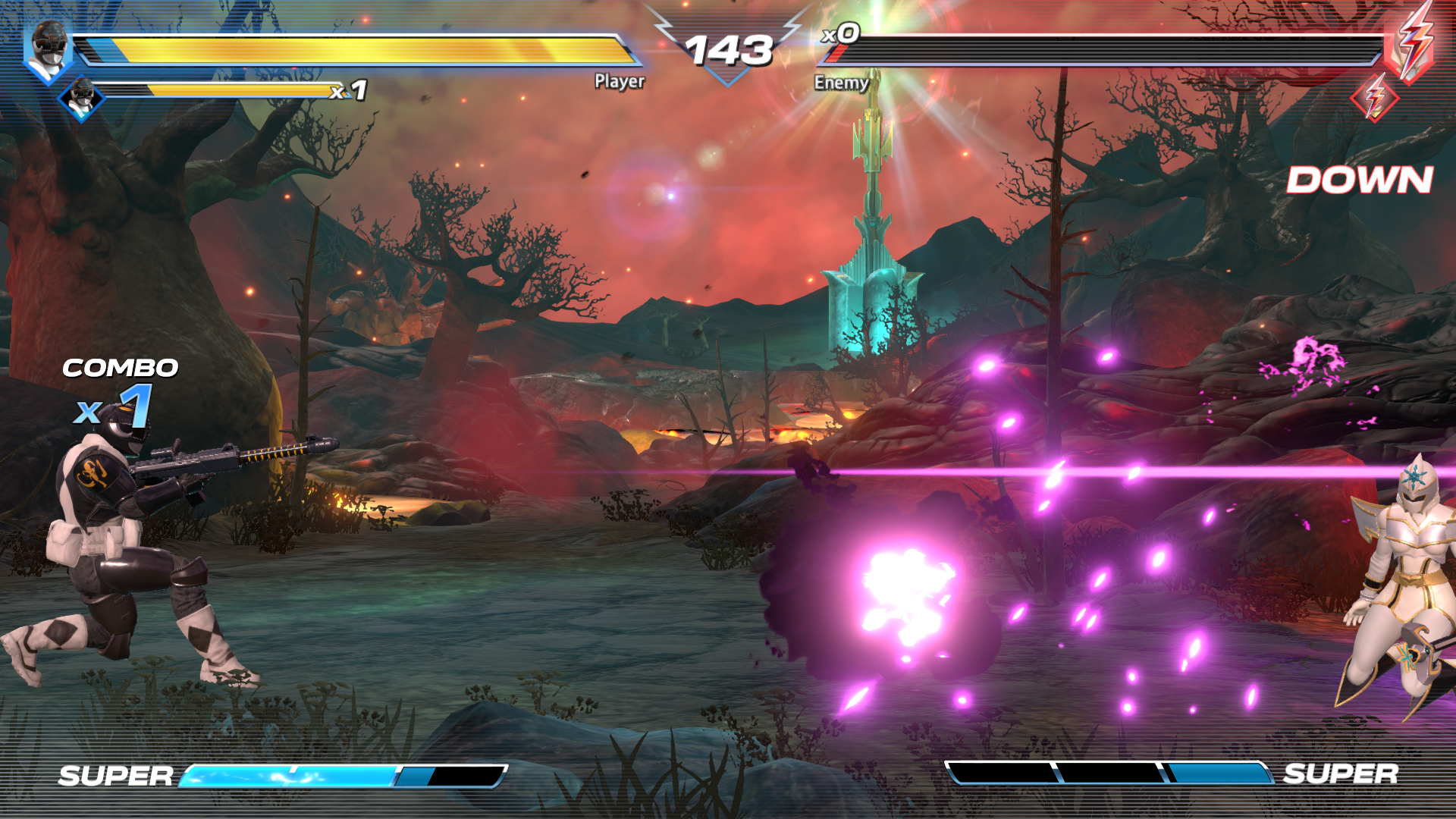 Unfortunately, I cannot say much about online matches as I had trouble finding matches quickly and they were against repeat players. While fighting against the same player is helpful for learning, casual matches are less fun if there isn’t a lot of traffic. Actually, it’s still pretty bad for ranked as well since it’s taking a season approach to online ranking. A player has to fight 8 matches in order to qualify for a registered rank. This is somewhat mitigated by fighting the computer for the first three matches but makes that initial stretch boring. 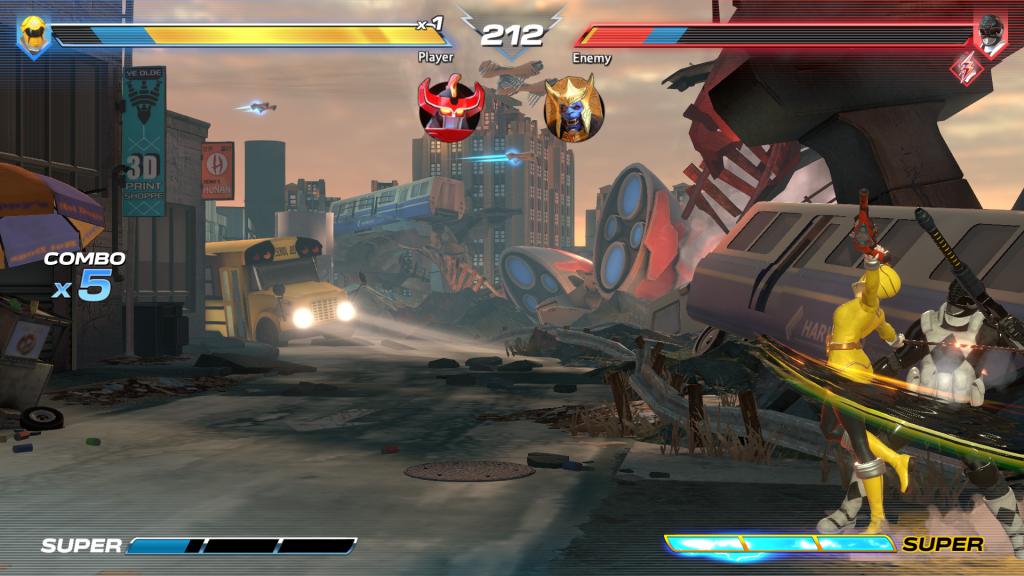 I almost always win by rushing the CPU into the corner. It screws up my mindset for competitive play.

Also, I did still come across that online bug with blocking not registering once in a while. While fighting, I found myself in an unwinnable situation more than once because of a connection hiccup, and then my character helplessly eats a full combo. As far as I know, there isn’t any fix yet. Hopefully, a future update fixes this bug soon because it hampers the online experience. 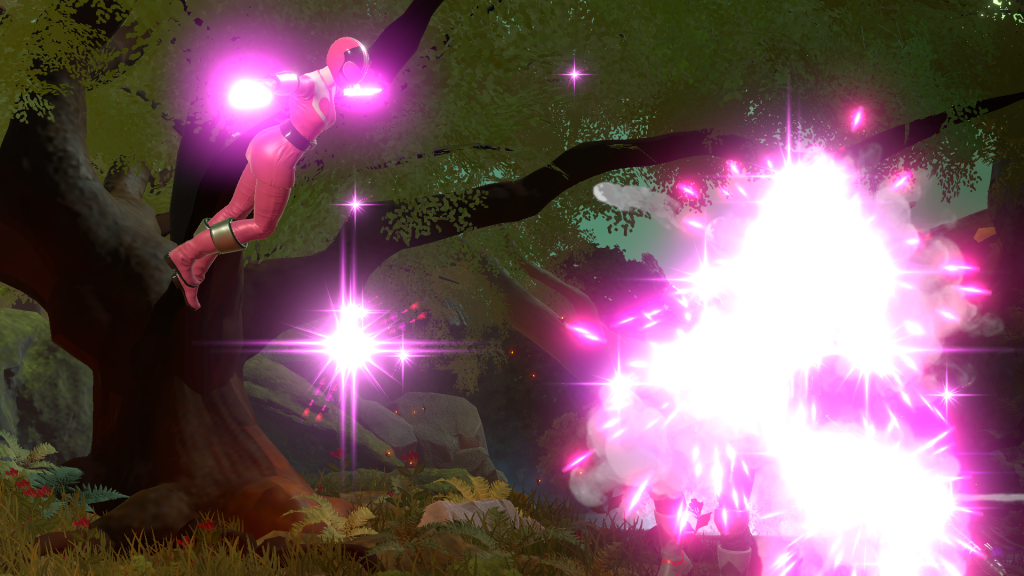 You can hold back with a brace if you wanted to. It doesn’t mean a thing with the online bug…

The story isn’t that much better. It’s competent enough, but the pacing is slow, and the climatic events don’t peak very well due to the subpar voice acting. It doesn’t take very long to finish the story, and it definitely feels short. Each chapter is a series of 3 fights or more…and that’s all you do. 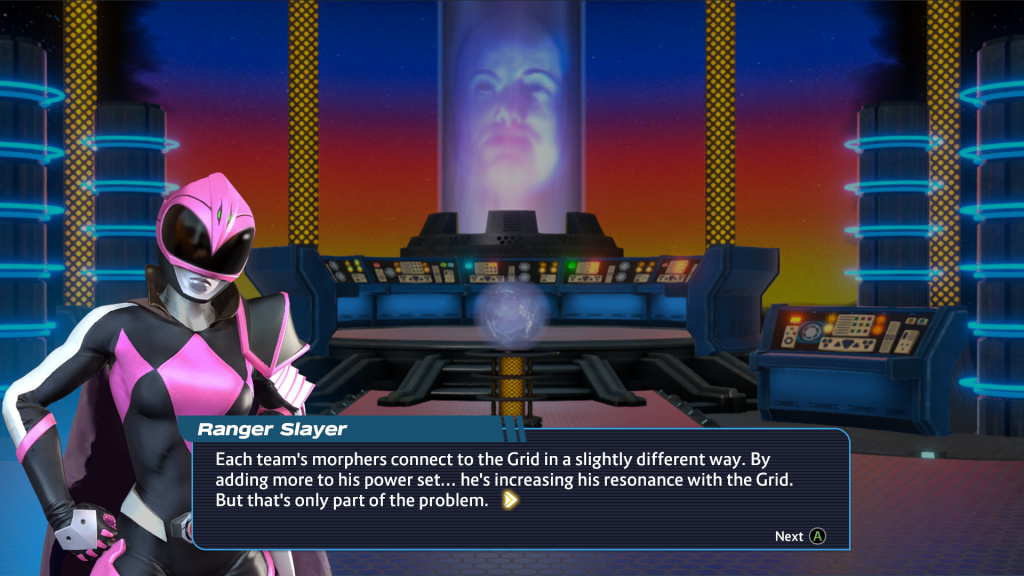 This is an important plot point, but by the time I got here, I already checked out.

You hop from character to character with nearly no clue who you will be playing as next. You play as heroes and villains which help the player be familiarized with the whole roster. But it destroys the narrative of the story mode when you’re not given enough time to appreciate their motives. 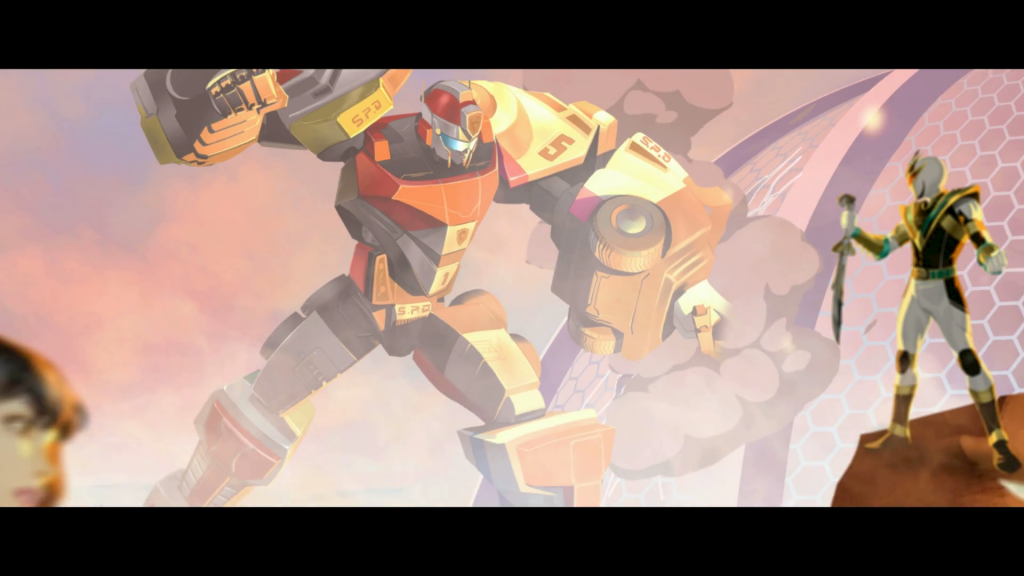 Artwork is pretty nice in some places.

Battle of the Grid has a lot of problems, but its core elements of gameplay and presentation have held it up extraordinarily well. Unfortunately, it shows proof that fighting games have been neglected in other aspects that are simply not marketable for the modern gaming crowd. It is not a bad game, but if there is any hope for Battle of the Grid’s longevity, its approach needs to be reevaluated.

While not the most polished fighting game available, Power Rangers: Battle for the Grid's gameplay and presentation makes it shine like a diamond in the rough, making it appropriate only for diehard Power Rangers fans and hardcore fighting game fans.