Prepare for a Culture Shock.

I have two confessions to make before we start Raji: An Ancient Epic. First, I’ve never played a game from the top-down adventure genre, and second, I’ve never heard many, if any, stories of Buddhist mythology. That all changed when I began playing, and since I love to learn new things from my video games, I was excited to dig in. Let’s see if my excitement was well-founded.

Demons: Demons of various size and rank are portrayed as enemies in Raji.

Child Sacrifice: Although not pictured in detail, the theme of child sacrifice is depicted from one of the demons in the game.

War and Animated Violence: Demons threaten Raji’s life via combat all throughout this tale, and the theme of war is emotionally tied in near the end of the game. When defeated, enemies go through a “dying” animation and turn into health orbs for Raji.

Magic: The main antagonist and some others are able to use magic, some of them with cultic chant and dance.

Buddhist Worship and Deities: This game deals heavily with figures and myths of the Buddhist religion. Idols and shrines are worshipped/prayed to by the main protagonist. 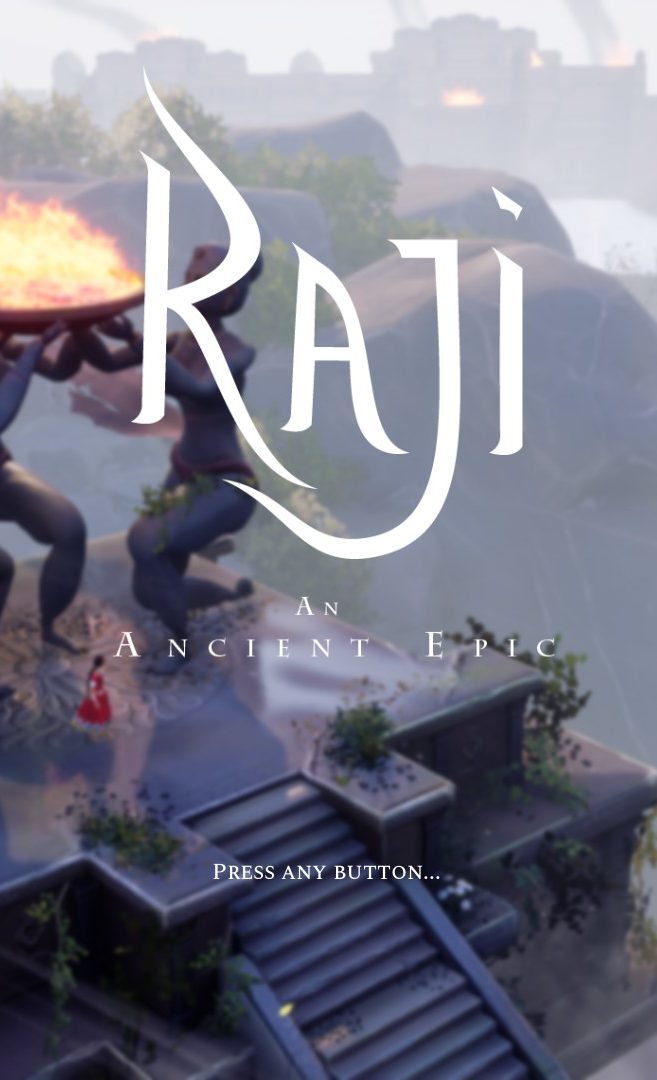 Upon starting Raji: An Ancient Epic, I realized I was about to embark on a journey like I’ve never had before. Most of the plot is delivered via stick-puppet shows, and the music is foreign to my ears. Eventually, I had come to realize that the story would be heavily based on west-Asian geography, architecture, and folklore, which I knew next to nothing about, besides the fact that I knew some Final Fantasy characters come from it and that there was a popular religion centered around an enlightened guy named Buddha. Before I knew it, that was about to change.

The story goes as thus: a powerful evil wizard is returning to the world, and bringing demons in his wake. As he spreads his influence, Raji and her little brother, Golu, get caught in a demon attack, and Golu is kidnapped. With the blessings and weapons of the gods on her side, Raji begins a quest to save the world and her little brother. While on these travels, Raji overcomes many trials, and I gleefully get to learn some origin stories and complexities of a religion and culture foreign to me. Not going to lie though: my excitement had a lot to do with the figures having connections to monsters and characters of the Final Fantasy franchise 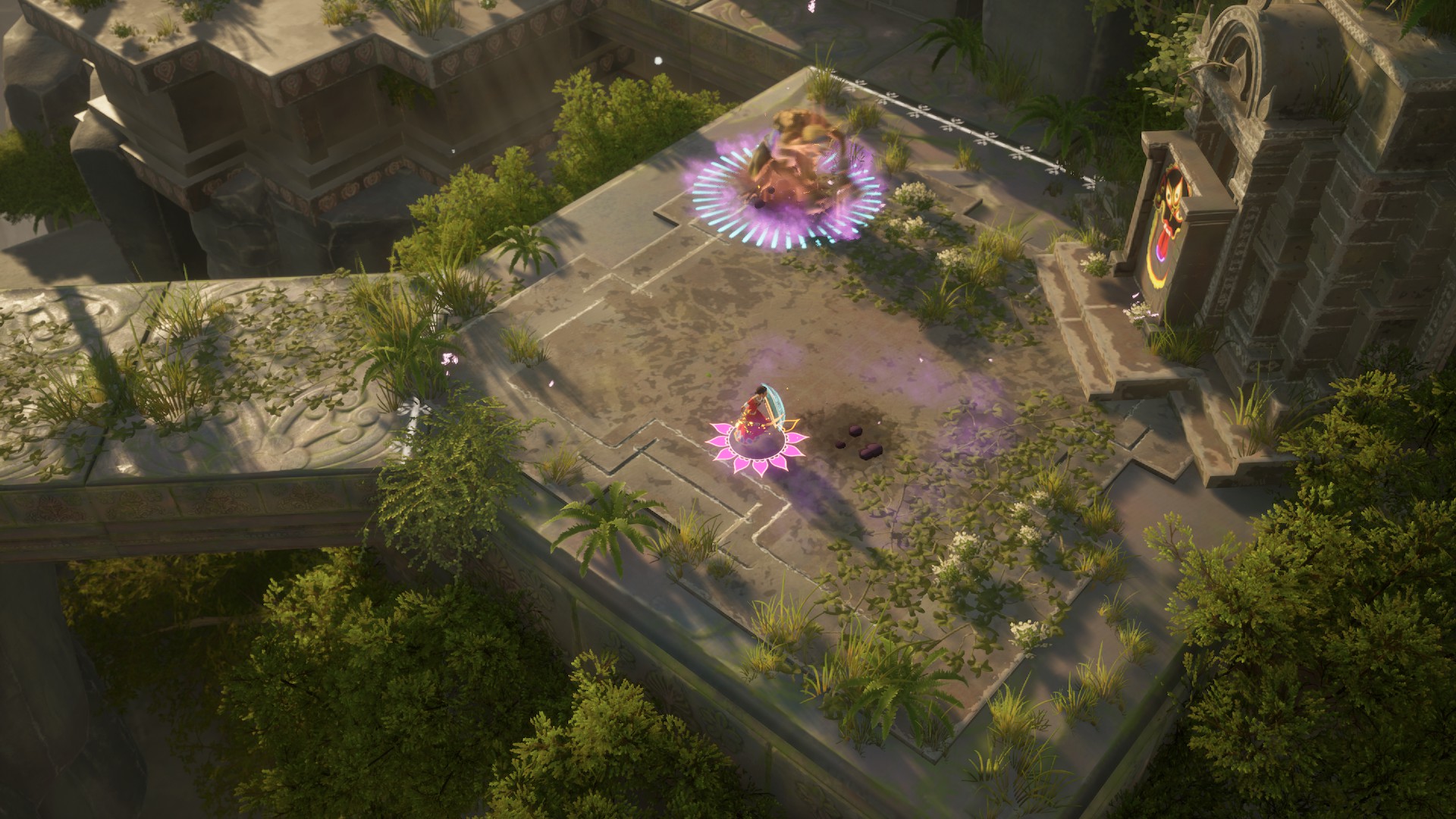 This is basically what combat looks like. The little ticks and flower petals around the characters represent their health.

Raji’s gameplay is relatively simple. There are combat segments, platforming segments, and some simple puzzles to solve. Each stage has different enemies, or different versions of them, often according to the environment of the stage. Some stages also have unique gameplay mechanics, such as chase and stealth sequences. Of these, combat segments seem to be the most abundant, and seems to be the most thought-out aspect of the game.

Combat in Raji isn’t as complex it could be, but it doesn’t have to be, either. Hitting spacebar causes Raji to dodge roll, and well-timed dodge rolls add momentum to the rolls, similar to Mario’s triple jump in Mario 64. The left and right mouse buttons are attack buttons, simple attacks are left click, and more powerful attacks are right-click by default. Button maps can be changed via settings, but they unfortunately reset with each new gaming session

Special attacks can be performed with any combination of rolling and clicking different times. If one really wanted to add flair to their battle, some special attacks are also available by running and flipping off of things. Although these are unique singular hits, I found that there really isn’t such a thing as a fluid combo, which is upsetting considering the health levels and nature of some of the opponents.

While also not very complex, I appreciate the fact that Raji has a skill tree associated with the combat system, so I can have fireballs attack the enemies at random, or electrocute them, etc. should I so choose. In order to gain these abilities, they have to be unlocked via story, and the ability points have to be found in hidden areas. This made gameplay a lot more fun, as it added some variety to the battles and gave me something to look for in platforming sections. 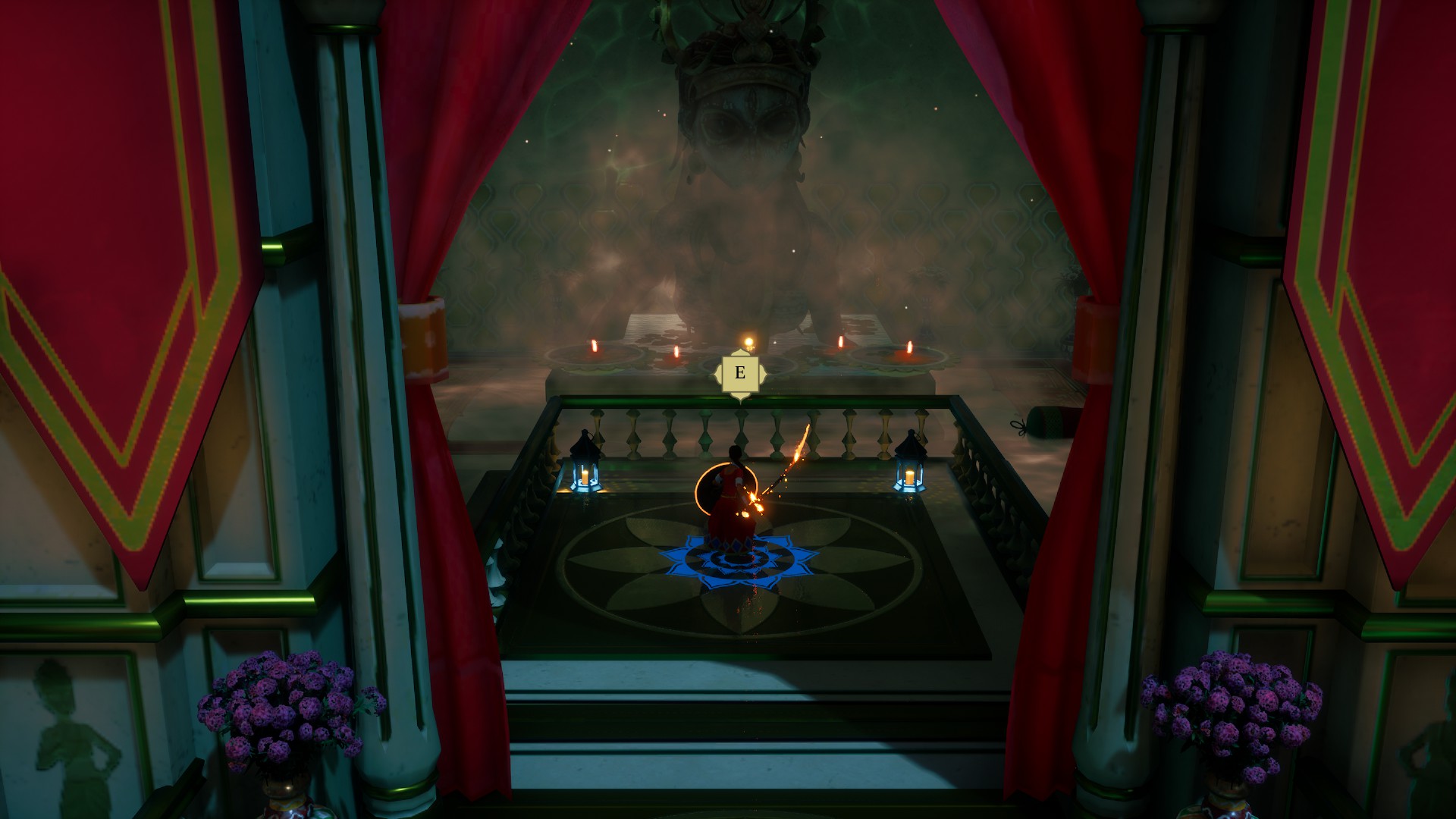 Platforming sections are about what one would expect, and not much more. Raji covers all of the basics: wall-running, climbing, jumping, etc. Each level has a different platforming theme, such as hopping from peak to peak, or jumping across lily-pads. I was occasionally disappointed to find that I couldn’t “cheat the system” when I found paths forward that the game had reserved for back-tracking purposes. The overall progression is very linear.

When I first came across a chase sequence, I was so shocked that I died almost immediately. I was shocked that there was something to break up the already-monotonous gameplay. Up until that point, gameplay had been so simple I felt that I would be invincible, and would have all the time in the world to “run away.” I’m glad that wasn’t the case. Towards the end of Raji, I was very pleased to experience hiding from the Naga, a level’s giant snake protector. It isn’t quite as impressive as Jörmungandr from God of War, but it is a sight to behold nonetheless. The segment was a bit long for my liking, but it was cool.

The puzzles of Raji really aren’t much to write about. They’re easy, even easier than most Zelda puzzles, and aren’t anything someone over the age of 10 should be stumped on. They do provide a nice change of pace from the typical point-and-click fighting and platforming, but not much more than that.

An Odd Thing For Me To Appreciate

My favorite aspect of Raji: An Ancient Epic is its connection to Buddhist mythology. Coming from a Christian, that may sound weird, being that Buddhism is a major religion still practiced today. However, I view it as no different than Norse, or Greek mythology, and I especially find it interesting when the stories are connected to characters I know from different video games. Some segments of the game explore different myths picture-to-picture via wall-paintings. They are very informative for modern-day symbols and monsters we know in the media. Again, I love it when games provide learning experiences like this. I just wish there was a Christian-based game that followed a similar format for people to experience. And no, The Darksiders series doesn’t count. 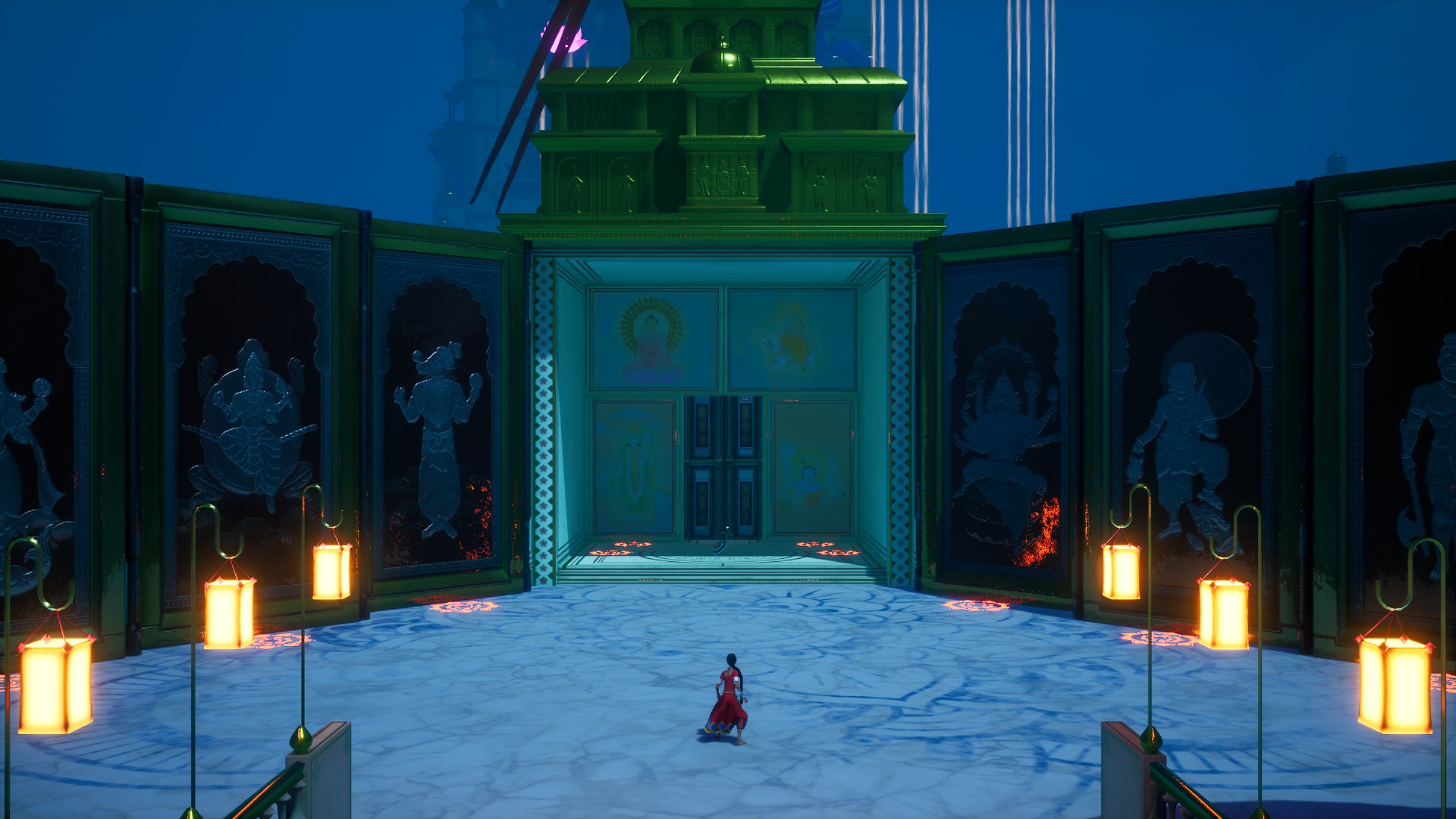 Each one of these panels comes with a different story and mythological figure. In the central top-left panel lies Buddha, “the Enlightened.”

Something’s A Little Off Here, Golu

Raji doesn’t have much to offer in terms of modern gaming besides the aforementioned unique setting and mythology, and I found some additional problems with the game which bothered me. They aren’t gamebreaking by any means, but they did provide a decent amount of irritation. The biggest one is the amount of sheer talking that takes place. You can’t go five minutes without some god/goddess adding some “profound” dialogue, or Raji saying something that sounds like a mix between a battle cry and a dog’s whine. It made me cringe almost every time. To clarify, I have little issue with Raji’s voice outside of battle. But the horrible in-battle dialogue just hits differently.

Speaking of being in battle, Raji can literally flinch to death. I hate it when I can flinch to death in a game. I understand that it may depend on user-error in dodging and such, but when there is an input delay between her actions, it’s not always the case. In one such occasion, I can recall repeatedly tapping a button that was supposed to summon a powerful attack to stun my enemies. I just smashed one button. Instead, Raji chose to flinch to death, and I “chose” to shake my head in disgust. On that note, combat in the beginning of the game is fairly difficult…but in the ending, it’s a total cakewalk. It was insta-kill-tough-enemies easy. I’ve never had such a reversed difficulty curve before.

Thankfully, the over-ease doesn’t last long enough to be boring, as the ending level is incredibly short, with the story ending abruptly. I think I can tell the funding was running short at the end. Regardless of this, Raji: An Ancient Epic is currently selling for 25 dollars on Steam. Raji is an important cultural experience for those like me who are ignorant about this particular setting, but 25 dollars is still too much for this 5-hour experience. And this is coming from someone who recommends a certain 8-dollar, one-hour gaming experience.

Raji has a lot of features that make it unique, and the setting is definitely one of them. I loved learning about myths and beliefs of this particular setting of the world. However, nearly everything else is varying levels of mediocre. I was definitely ready to move on by the game’s end. 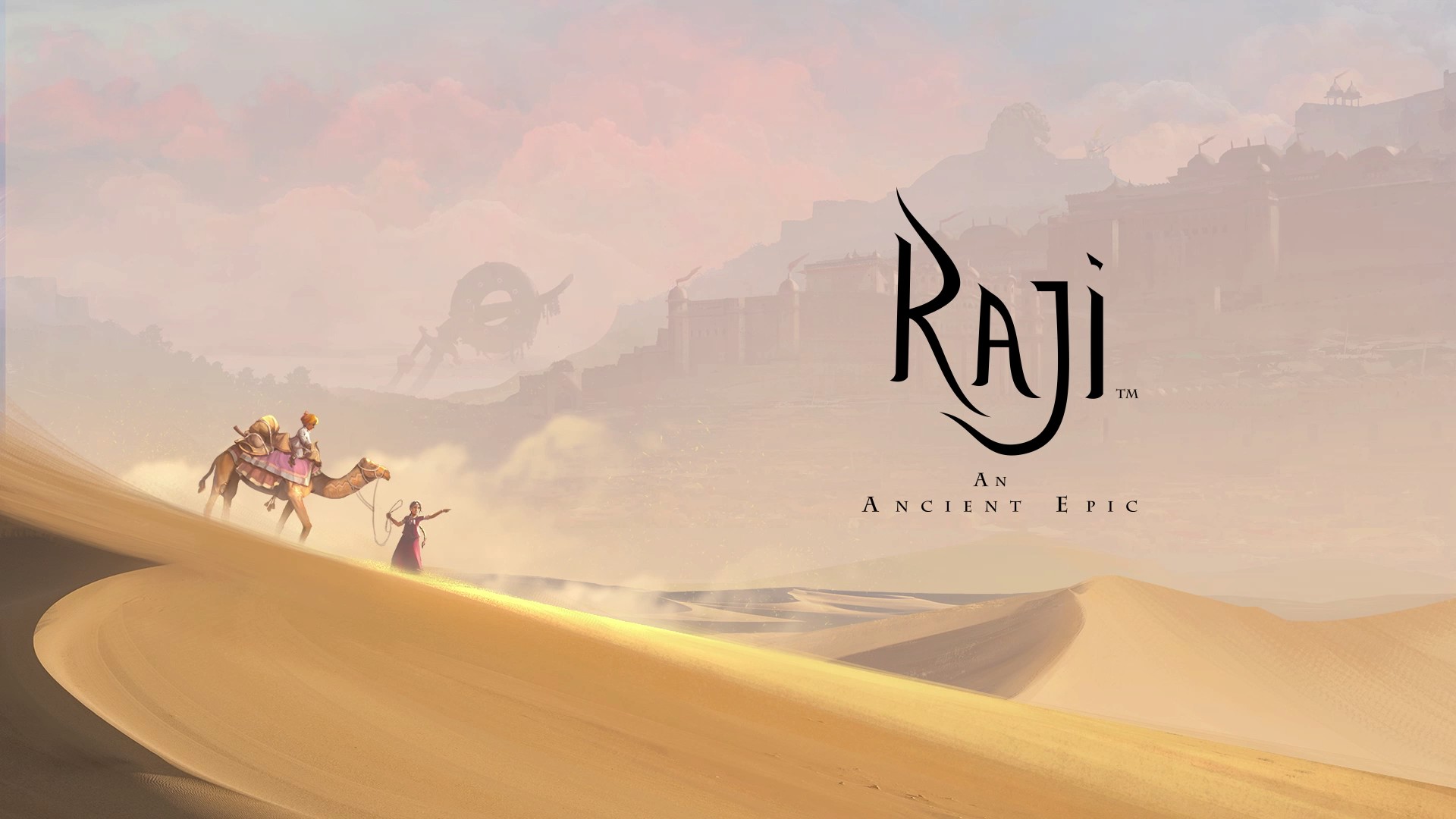 There it is: End Game

The appeal of an beautiful environment and unique theme saves Raji: An Ancient Epic from being little more than a latent bore.