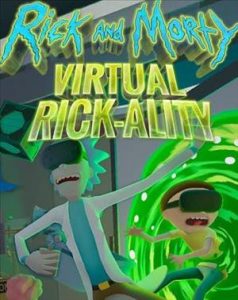 Ever since Rick and Morty first aired on Adult Swim in December of 2013, it has received praise for its humor, writing, and creativity. No matter how ridiculous a scenario may be, there is almost a guarantee that a later episode will top it in some fashion. From being a point of contention over having a high enough IQ to enjoy the humor of the show to getting McDonald’s to bring Szechuan sauce back into production, this one show on late night has become a phenomenon, but is a game made with the license worthy of the same praise?

Violence: In one section of the game, you are trapped on an alien planet and must fight off the inhabitants after Rick steals an egg from a nature preserve. You may return to this section again if you wish. A helper called a YouSeeks can be summoned to help you to get items out of your reach. In order to get rid of them you must make the gesture to pull the headset attached to their face off, and this appears to be painful to them. You can also summon the helpers to the middle of the street by the garage where they can be run over by traffic. A baby alien is murdered by Rick so he can lure out the mother and father to also be killed.

Language/Crude Humor: There is strong language frequently spoken during the game’s dialogue. The most common ones heard are f*ck and sh*t. There is a bathroom area where you can eat laxatives and produce feces. You can then eat said feces if you choose (there is a trophy tied to this; there is also a trophy for playing with the waste) and proceed to throw up. Your character is belittled a majority of the time he is on screen with any of the other characters. 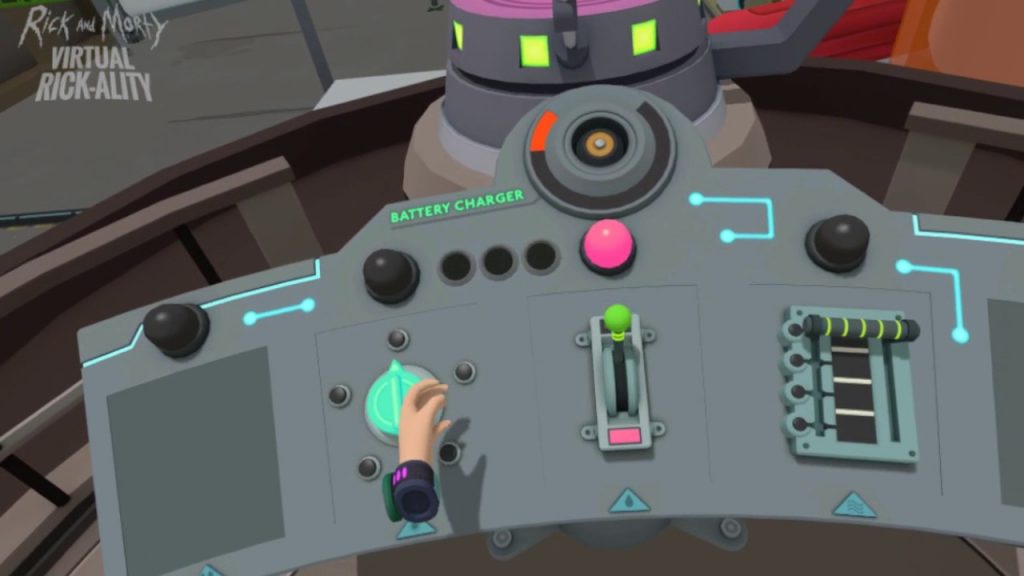 Drug/Alcohol Content: There are multiple alcoholic beverages in the garage where you spend a majority of the game. There are also different drugs you can be subject to using including one to make you throw up and the aforementioned laxatives. All of these can be consumed. The aforementioned baby alien can be fed these substances as well. The baby will poop and float around drunkenly if given the appropriate substance. However, the player’s responsiveness is not changed when they consume the drugs and alcohol. 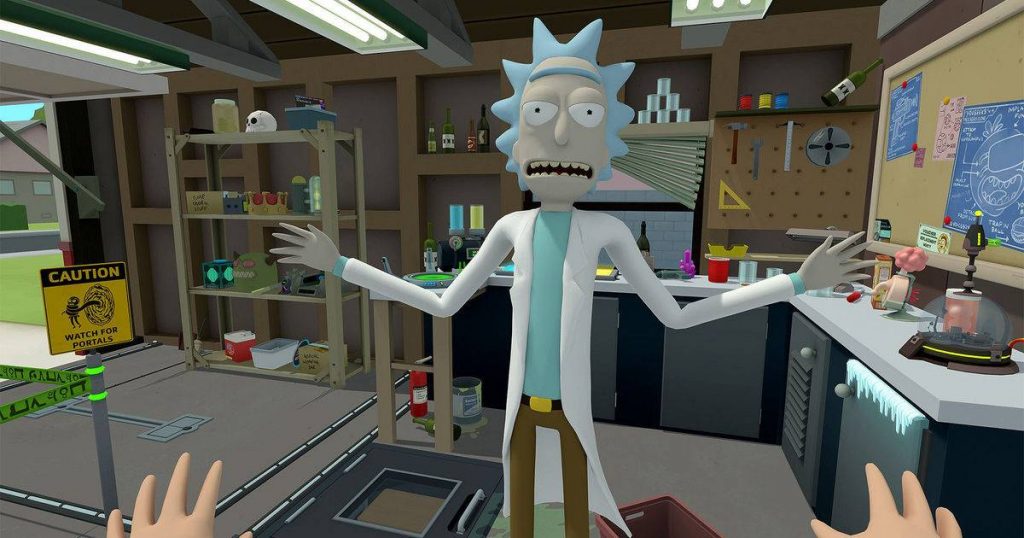 In recent years, physics based games have been a rightful source of slapstick comedy in the gaming world. From games like QWOP to Surgeon Simulator, YouTubers the world over have been yelling at how bad they can be at getting their extremities in order to do simple things. This trend has thankfully made its way to virtual reality where you have a harder time getting them done because it is your virtual hands that just cannot do the things you real hands could. Many parody simulators have been released such as the aforementioned Surgeon Simulator from Bossa Studios, but there is another studio that has made similar games. Owlchemy Labs created Job Simulator for VR platforms a couple years ago. It won the gaming community over with its humorous take on mundane jobs seen through the eyes of robot overlords. Given the offbeat nature of Job Simulator, you would think they would be the perfect fit to make a game with the same wit. You would be right.

Rick and Morty: Virtual Rick-ality is much like other games in the simulation genre. You play a caricature of somebody who needs to get tasks done, often with hilarious results. There really is not much to say about Virtual Rick-ality that sets it apart from other simulation games except that it is a licensed product. With that licensing, you get to see beloved characters of pop culture interact with you while you work for them. The story is all about you going out your way to make the most powerful laundry detergent in existence. 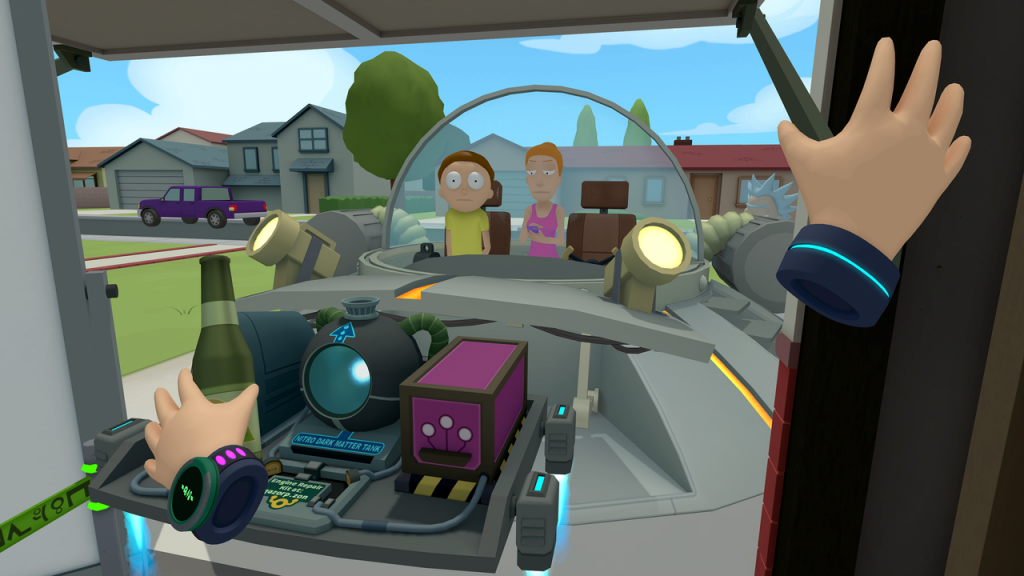 That may seem like an odd thing to have a game centered on, but this game is based upon a show that features an episode dedicated to making the best song to ensure the survival of Earth where Ice T is a literal “T” made of ice. It is not that much of a stretch to believe all the bizarre tasks you must complete are to do something menial. It is clear that Owlchemy put lots of effort to capture the essence of how odd and off-kilter the show is into a video game. The license is truly put to full use with multiple Easter eggs and references to the show’s three seasons. It is also a nice touch to have the actual voice actors play their characters from the show. 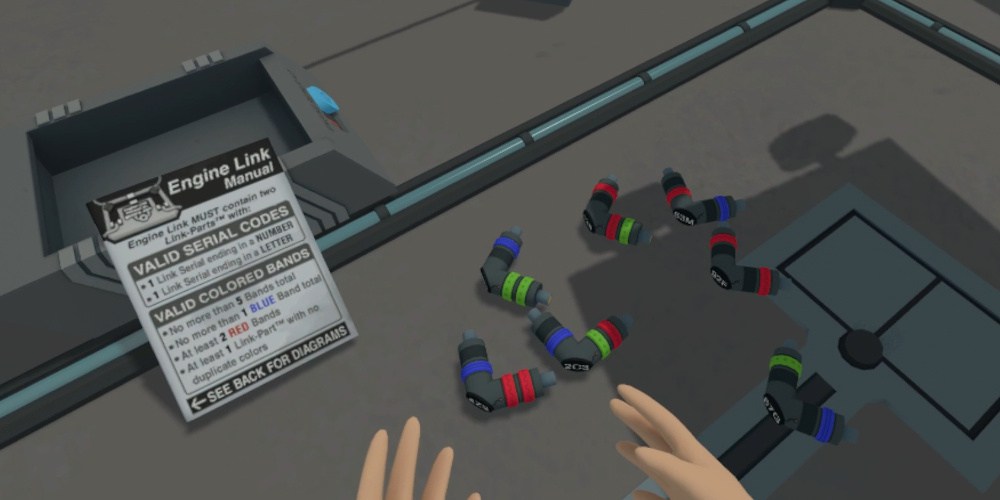 The gameplay is incredibly simple, but just make sure you have the room to play it in. The game recommends a two-foot distance from the camera, and a good perimeter from objects to ensure the game is enjoyable for you. As someone who does not have a ton of available space, I had to spend a few hours to ensure I had a great time playing without injuring myself and my possessions. Even when I had a 3’x3′ play space, I was still bumping into things, especially my ceiling since I am 6′ in a 7′ tall space. None of these things are the developer’s fault; I just wish to give you warning before you play to make sure your play area is big enough to enjoy yourself. One of my biggest issues, however, is sometimes my PS Move controllers would be unresponsive to my commands when trying to pick up objects in the game. This was frustrating when I had dropped something on accident that was needed for the mission. Thankfully, after a moment or so, I was able to continue to play the game as normal. 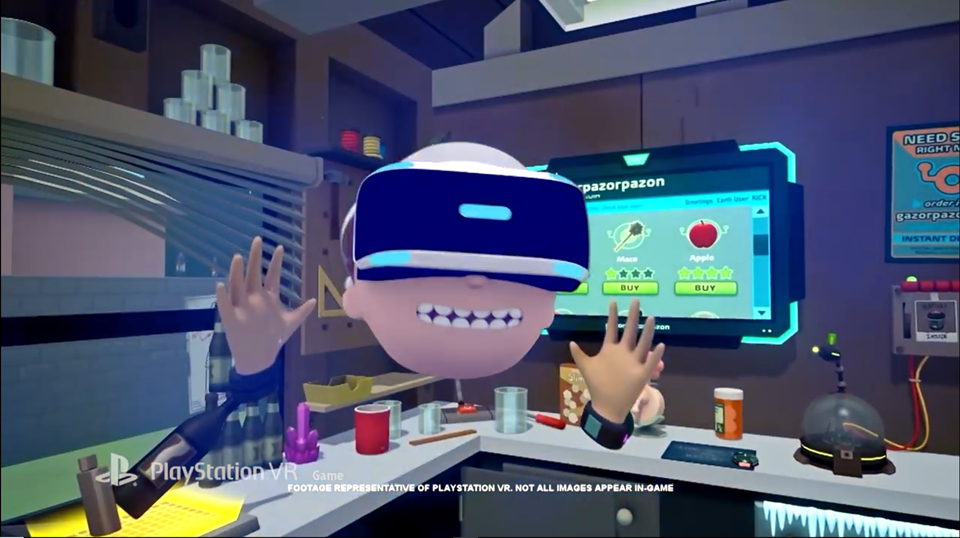 Overall, the complete package of Rick and Morty: Virtual Rick-ality is fun simulator, and well done licensed game to boot. If you can stomach crude humor, strong language and the like with the room to play it, I would recommend you try it out. On the other hand, if you can not then there is no need for you to look in the same direction. Play at your own discretion and discernment.