If the Nintendo and Super Nintendo eras were SquareSoft’s Golden Age, the PSX era had to be the developer’s Silver Age. Without even looking, here’s my list: Front Mission, Parasite Eve, Chrono Cross, Xenogears, and even Brave Fencer Musashi for some ARPG vibes. And that is before considering the easy ones like FFVII, FFVIII, FFIX, and FFT (I did have to look up Vagrant Story and Legend of Mana).

Nintendo’s decision to continue the cartridge-based format was a critical error (for Sega’s, continue reading). SquareSoft wanted to do big things, and believed in the 3D rendering prowess of the PSX and its disc-based format (for our young readers, PSX discs held 660 MB of data while Nintendo cartridges could only manage 64 megabytes, both laughable by today’s standards). Yet Akitoshi Kawazu managed the last bit of juice out of that lemon, getting the go-ahead to develop a budget game among his much polygon-based in-house competition. The result was the subject of this review, the original SaGa Frontier, now remastered for modern platforms.

Violence: I was surprised to encounter certain attacks that shed blood. They are rare, and nothing at all like blood in modern games.

Language and Crude Humor: Humor that would be considered crude is difficult to find, but this game is not shy of using an occasional d**n, depending on the character played.

Alcohol and Drug Use: Characters speak of a drug in certain areas of the game, such as a setting called Koorong.

Racism and Bigotry: The origin story of one playable character, Asellus, resembles that of She-Hulk. A blood transfusion that saves her life makes her a “half breed” in the eyes of humans and Mystics alike. A central component of her story concerns how she is shunned.

Spiritual: Though I did not encounter explicit religions, the way that magic functions in this game has religious undertones. One cannot learn both light and shadow magic—”one cannot serve two masters.” A type of magic called “spiritual” also exists, but I have yet to encounter it (again).

I thought I would dive into SaGa Frontier Remastered by beginning with familiar territory. My first playthrough of the original game was with Red, and so, his campaign will serve as the basis for this review. After all, SaGa Frontier is a game featuring eight protagonists, with seven available before players finish the game with each. If anyone at launch claims to have blazed through this game multiple times by the time their review goes live, consider that more sus than all the imposters in every round of Among Us ever played. One campaign should last around 10-15 hours each.

Red’s campaign was the most appealing to me because the Power Rangers were a big deal in the ’90s. He resembled to me an amalgamation between the Red Ranger, the Guyver, and a generic spiked hair anime character. That was enough for me to pick him first.

This story is simple: after being mortally wounded during the assassination of his father, a hero named Alkarl saves Red’s life and makes him into a hero, too. After being sworn to secrecy, he vows vengeance upon the criminal organization responsible for the violence Black X inflicted upon his family. He maintains his secret identity traveling the world as an engineer apprentice aboard the airship Cygnus. Using his downtime while in port to conduct his investigations into Black X’s whereabouts, recalls back to the Cygnus become a recurring theme, until Red decides to leave the ship’s crew for good in order to complete his quest for revenge (not to be confused with justice). 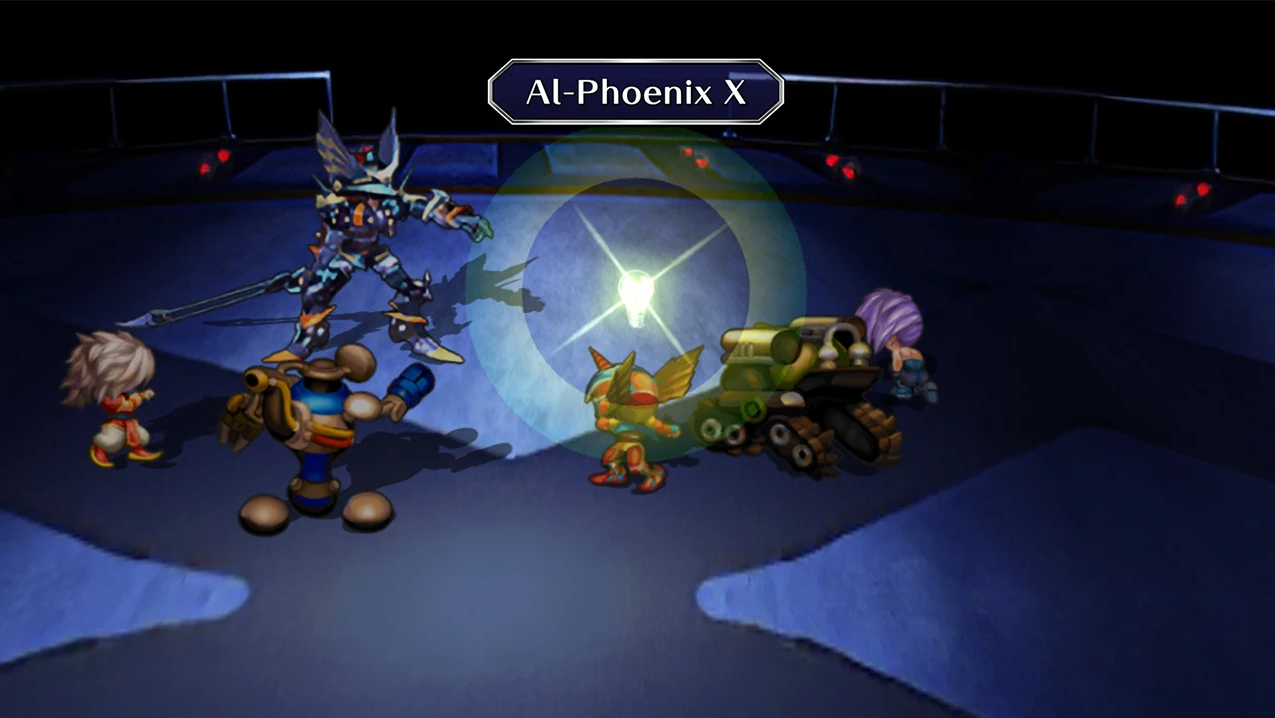 Red’s campaign is also supposed to be the simplest introduction into the world of SaGa Frontier Remastered, where players are eased into the game’s systems. Red is akin to a physical type Pokémon character, and gradually gains more powerful abilities as players use the basic ones. Also, in order to learn a new skill, one must go into the settings and “seal” a skill to create a vacancy so that Red can learn more.

SaGa Frontier Remastered does not disclose these two details concerning how to attain additional fighting skills. I had to dust off an old friend, GameFAQs.com, to re-learn this. With no YouTube tutorials for SaGa Frontier—only speed runs and combo showcases so far—I was on my own. And even when influencers get their hands on this game, I am not sure how they will be able to cogently explain the combo system.

Before diving into the problems with its combat system, I can confirm that the game is already “’90s retro difficult” when it comes to bosses and sidequests, so it is a good thing that the loading times of the PSX have been reduced to zero. At the time of this writing, I was unable to defeat the three (?) optional bosses in the region known as Shrike.  I cannot remember if I roughed them up my younger days, but it sure does not feel good to get hit for 1,000 damage when my character only has 150 hit points. Even as I approach the final boss of Red’s campaign, my maximum hit point in superhero mode, as Alkheiser, is 850. Of course, my defense is higher now, but that boss still has a minion attack that wipes out my entire team. 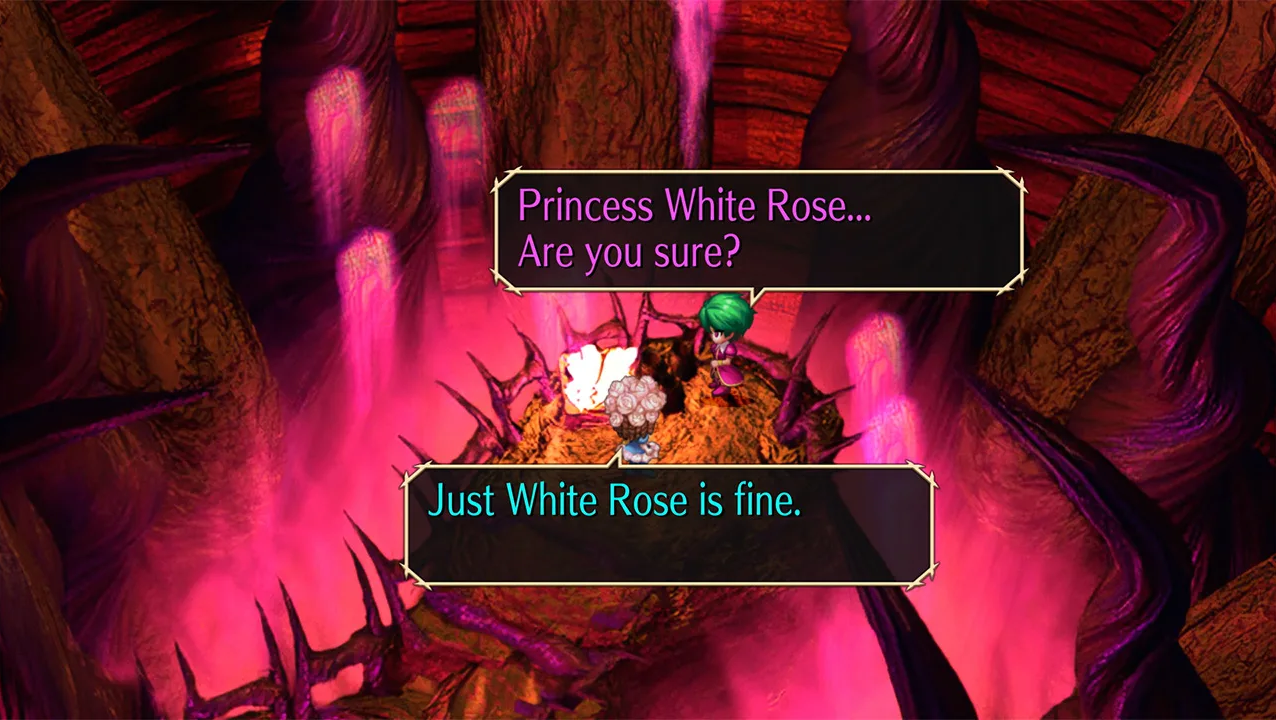 SaGa Frontier’s signature combat mechanic consists of combo attacks, where a certain combination of skills that characters use during turn-based combat combine to hit simultaneously for astronomical damage. And that is the extent of what I know, based upon my childhood knowledge of Riki’s campaign. I remember this vividly, because I never figured out how to create multiple combos to defeat a certain boss who can only be beaten with unique combination attacks. And that is what made me quit.

Again, for this review, I did not manage to defeat the final Black X boss, an endurance match versus three of the game’s previous bosses. This is because I could only manage “level 1” combination attacks consisting of two or three characters, and I exhausted all of my ammunition and skill points before the fight was over (I shall reload an hour or two prior and find purchasable products somewhere). SaGa Frontier is “designed” to encourage player experimentation with all kinds of skills and unlocks, but that requires the kind of grind that makes me steer clear of JRPGs that claim to recapture the feel of the Silver or Golden Age of RPGs. Not even GameFaqs can help, for I just cannot wrap my head around the combo attack system, frustrating me in the realization that this remaster lacks difficulty toggles, an easy mode, or even tutorials that do the game justice in modern times. I will have to wait until the experts drop their guide on Steam and YouTube to get the most out of my playthroughs. For reference, combo attacks allegedly go up to level five! 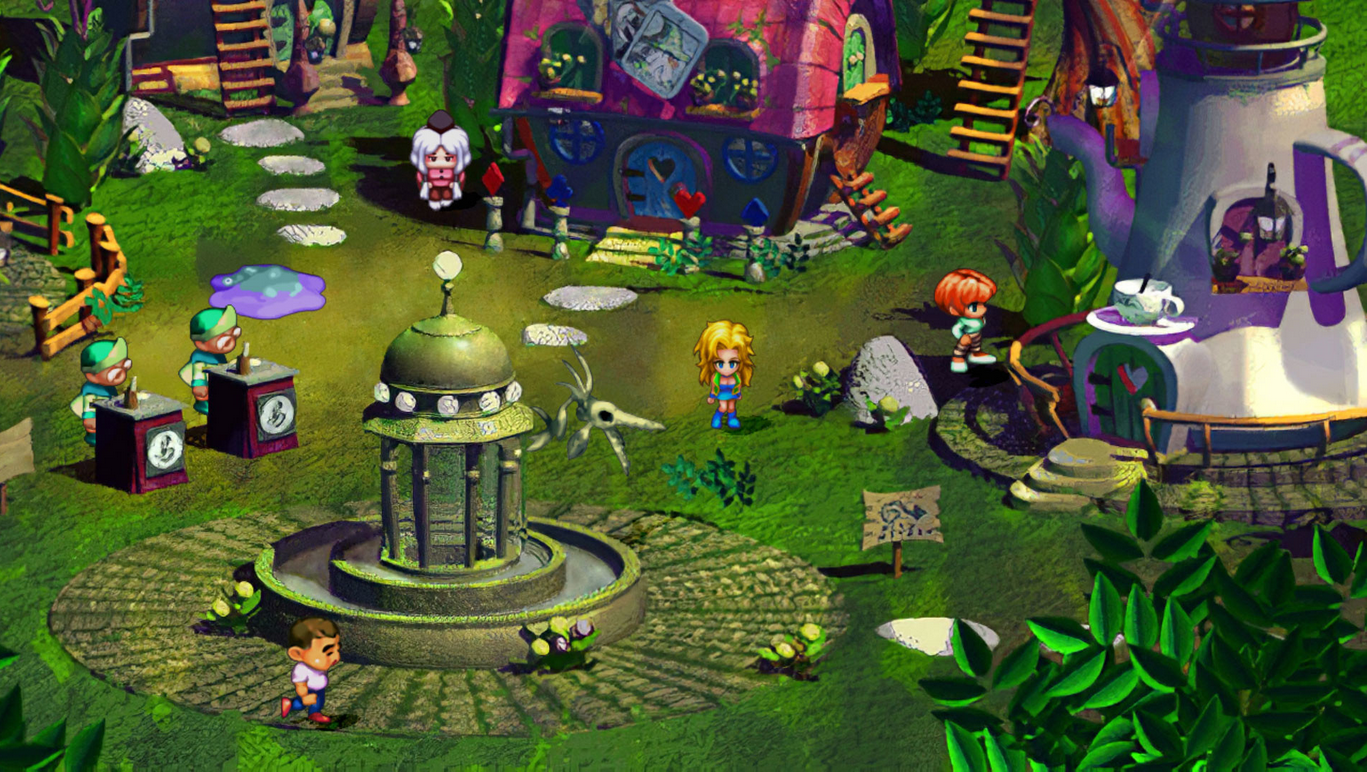 People who are into grind will be pleased to know that the SaGa Frontier can be played in 2x time, a feature that I believe to be absolutely necessary to even play this game during combat. When turned off, combat drags. The best-added feature, though, is the ability to one-button flee from combat. Deuces!

Graphically, SaGa Frontier boasts colorful HD sprites, as the game was originally colorful. The problem is, better graphics is all Square Enix improved. For those old enough to remember, a key reason why the Sega Saturn mopped the floor with the PSX while rendering Capcom fighting games like X-Men: Children of the Atom and Marvel Super Heroes is because Sega believed that 2D gaming would still be relevant in the 32-bit era, and developed hardware that excels in 2D rendering, but was exceedingly complex for 3D rendering; in contrast, Sony went in the direction of great 3D rendering, at the cost of poor 2D performance. This is relevant because the original SaGa Frontier was 2D, and in 1997, the company known then as SquareSoft’s work-around to the PSX’s hardware limitations was much like Capcom’s: sprites only had 2-3 frames of animation.

SaGa Frontier Remastered retains the meager frames featured in the original game. Back in the day, this animation style was closer to industry-standard than a work-around for the PSX’s hardware limitations—even endearing. In 2021, however, we have visual novels, walking simulators, and even pixel art games that push the limits on what we understand as quality aesthetics. Here, Square Enix pats themselves on the back for graphics that we enjoyed in 2008 with the likes of Braid. 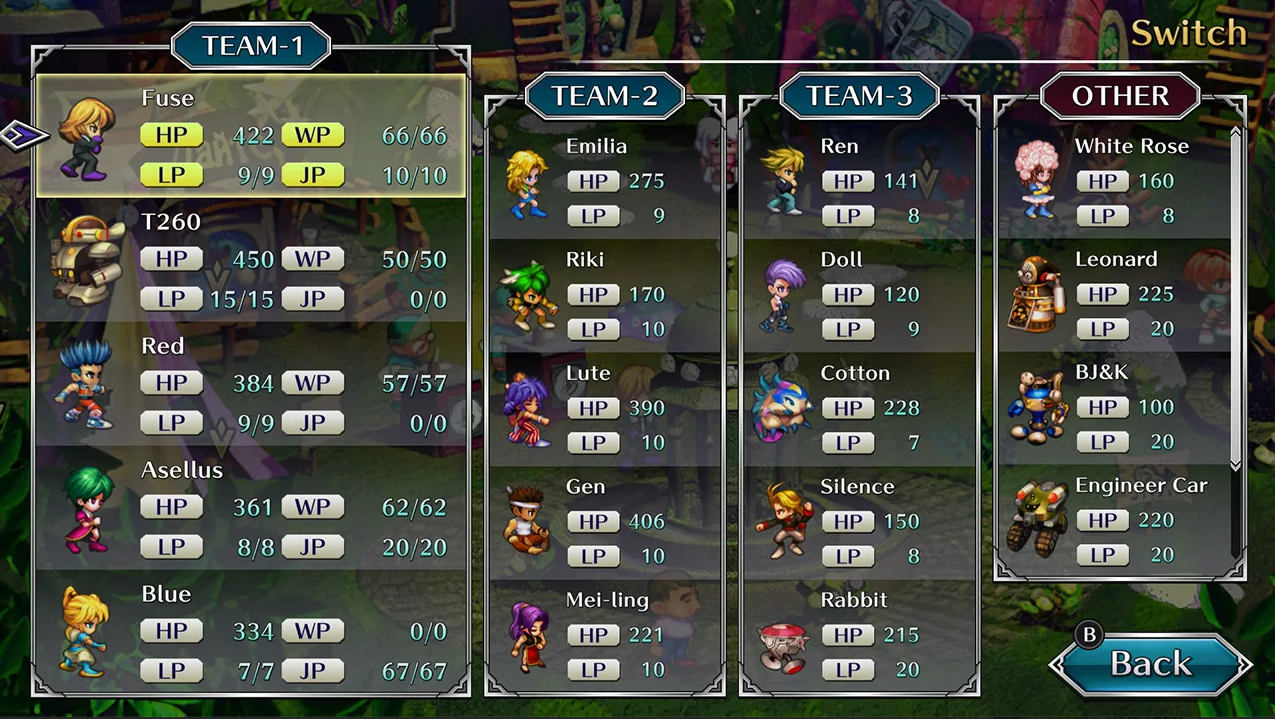 Like, don’t even think about this image for at least 80 hours.

This leaves the game’s most-anticipated feature, the addition of Fuse, the eighth character who was cut from the original game due to time constraints. Those looking to jump from their retro copies of SaGa Frontier right into the new content will be upset to know that he has to be unlocked first. I did encounter him during Red’s campaign, and he simply struck me as another side-character who can be added to the party, as was popular in ye olden days.

From what I remember of Blue’s, T260’s, and Emilia’s campaigns from back in the day, even if the simplicity of being a superhero in Red’s campaign does not sound appealing (not MCU–think much, much simpler in scale), a mage, a Samus-like bounty hunter, and a robot with interchangeable chassis and weapons might. That is one great thing about SaGa Frontier, and it is the best-known secret: many fans never completed all of the campaigns. Yet there is enough content here for anyone who is willing to endure the arcane combo system to progress through stories that are not exactly Pulitzer material. I would at least recommend this game so that more people can re-discover that Kenji Ito’s OST in this game put Nobuo Uematsu on notice.

Fans of classic JRPGs will feel right at home with SaGa Frontier, but those looking for modern luxuries may want to sit this one out.