Back to the Future

If you grew up watching Cartoon Network, you can’t help but get hit by nostalgia when hearing the name of Samurai Jack, one of the many great shows in Cartoon Network’s strong lineup in the late 90s and early 2000s.  In 2017, fans got to see an end to the battle between Jack and Aku with one final season. Earlier this year, we learned that we would be seeing more of this beloved animated hero in Samurai Jack: Battle Through Time.

Taking place during the final season of the hit television show, Samurai Jack: Battle Through Time takes us back to the past one more time before the last encounter against Aku. I was pleased to discover that this video game is much more than a licensed product that belongs in the bargain bin. Working alongside Genndy Tartakovsky, the developers have created an adventure that fans will surely enjoy. 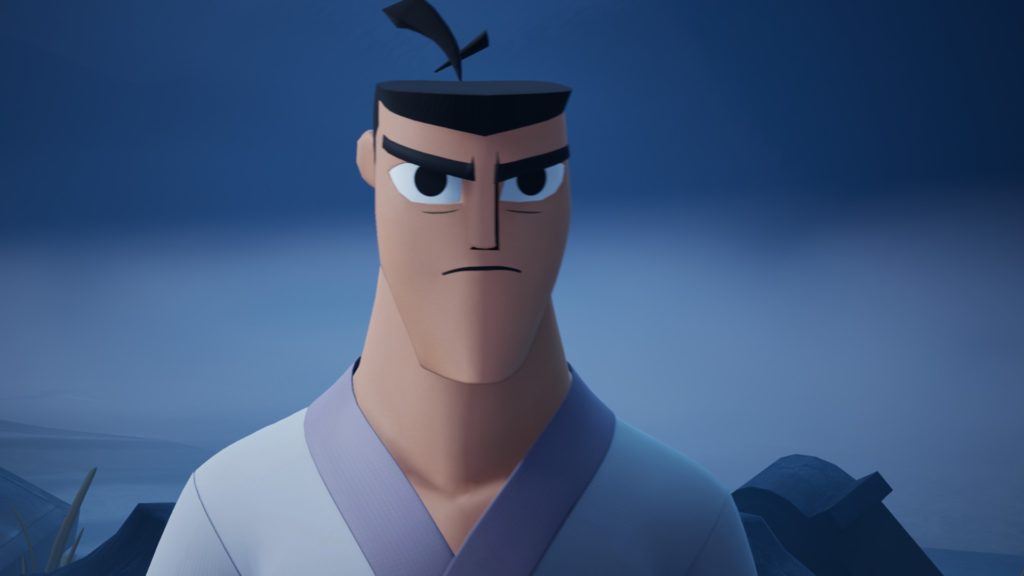 Spiritual Content: There are some magical themes in Battle Through Time. Players take control of a hero named Jack that must face an evil demon by the name of Aku. With the help of an ally, Jack attempts to return to the past but is knocked into a strange pocket of time by Aku. Along the journey, Jack will face off against various boss enemies who are under Aku’s control due to a mysterious amulet that Jack must destroy to move forward in time.

Violence: There is very little blood present in the game, but players will be fighting against enemies with various kinds of weapons and cutting them into pieces frequently. Players also have the option of using ranged weapons such as bows, throwing knives, and guns to subdue their foes. When Jack’s health decreases, he takes visual damage as his clothes get tattered and dirty.

Sexual Content: One of the characters is wearing a dress that shows cleavage. 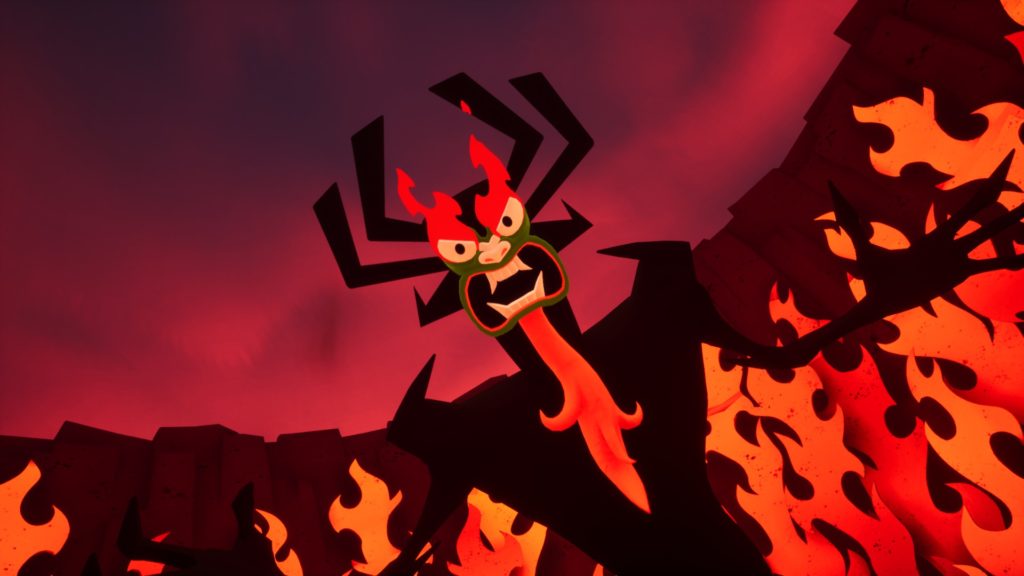 I came into Samurai Jack: Battle Through Time with low expectations. I assumed it would be an average video game with a dose of nostalgia, but what I got was something more. This feels like a love letter to a series that many of us grew up with. All of the voice actors from the series are here, the visual presentation goes the extra mile, and the combat is downright exhilarating. I truly felt like I was taking control of Jack through this story.

The game is an alternate scenario to the finale of Samurai Jack‘s fifth season, so I recommend watching it if you haven’t already for more context. Jack is joined by an ally named Ashi, who discovers she has Aku’s powers, so they attempt to go back in time to defeat Aku in the past. However, Aku knocks the two heroes out of time travel and messes up the plan, so Jack must find his way back to the future. 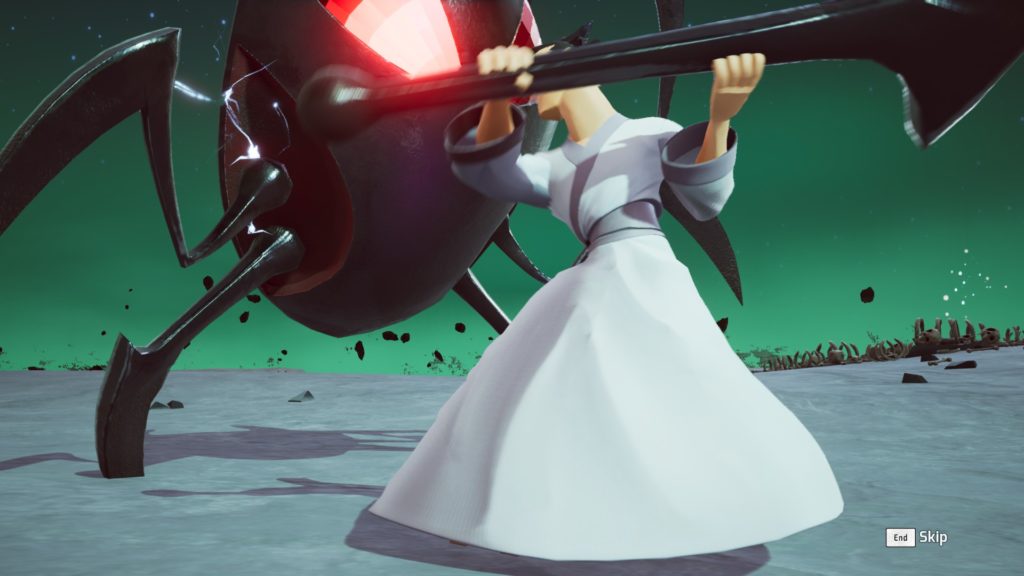 Sadly, the story is not praiseworthy as the show is already complete, and I’m hard-pressed to think of anything clever or new that they could’ve done. It ends up being a “greatest hits” plotline that many older licensed games have suffered from. Jack goes to some familiar locations and meets some old friends that aid him in his quest. Even with what seems like an unoriginal idea, though, the rest of the game greatly makes up for where it lacks.

Despite how I feel about the story, it was nice to see that the cast from the original show has returned to reprise their roles. Phil LaMarr returns as Jack, and while the legendary Mako is no longer with us, Greg Baldwin returns to play the role of Aku who took over in the final season just as he took over the role of Uncle Iroh in Avatar: The Last Airbender. Tara Strong also returns to play Ashi, who is a new character that was introduced in the final season of the show. Lastly, John DiMaggio voices The Scotsman again. While most of these actors already do so many roles and video games and animation, it was still nice to see that this step was taken to make the experience as close to the show as possible. 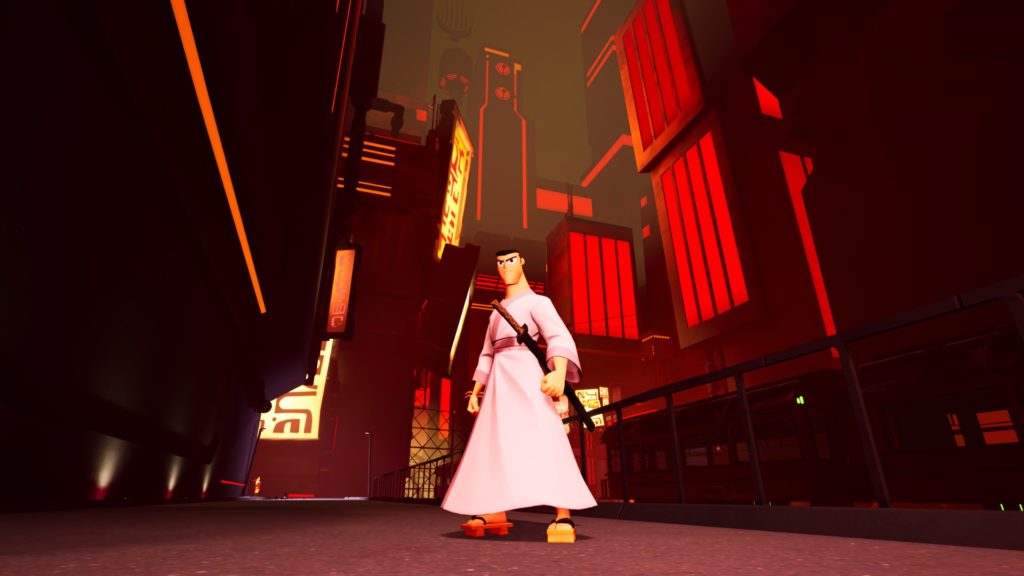 One of my favorite locations in the game.

The visual presentation is one of the more impressive elements of Battle Through Time. When playing on my PC in the highest settings, I was surprised by little things such as lighting and reflections. Though somewhat desolate, each stage strongly resembles the many environments that were visited in the show. It was jarring at first to see this world translated into a 3D space, especially since the character models hold a Jump Force kind of weirdness. Still, the overall presentation displays an unprecedented amount of detail instead of settling for a bland cel-shaded style.

An area in which the game surpassed my expectations was combat. Jack has light and heavy attacks and the ability to block and dodge enemy attacks. These skills can also be upgraded within one of the three skill trees that are also available. Jack utilizes a wide arsenal of weapons such as staves/spears, heavy weapons, his fists, and of course his sword; ranged weapons are also an option to take on enemies that like to keep their distance. Aside from Jack’s sword, every weapon has limited durability, but don’t let that scare you as you will likely acquire a surplus of them to wear out on your foes.

At times I’d find myself in what I’d call a flow state, or what some might call “in the zone”. Those moments give me a rush of adrenaline that you’d find is a Devil May Cry or Ninja Gaiden. Battle Through Time successfully puts you in scenarios with the tools and skills to do as Jack would do. It’s possible to come out of a fight unscathed, but a nice feature I enjoy is that Jack takes visual damage as his health lowers. As a result, when you do get through a tough encounter, it looks like you’ve been through the wringer. Just as it happens in the show, Jack doesn’t stay in clean robes and keep the top knot for very long. 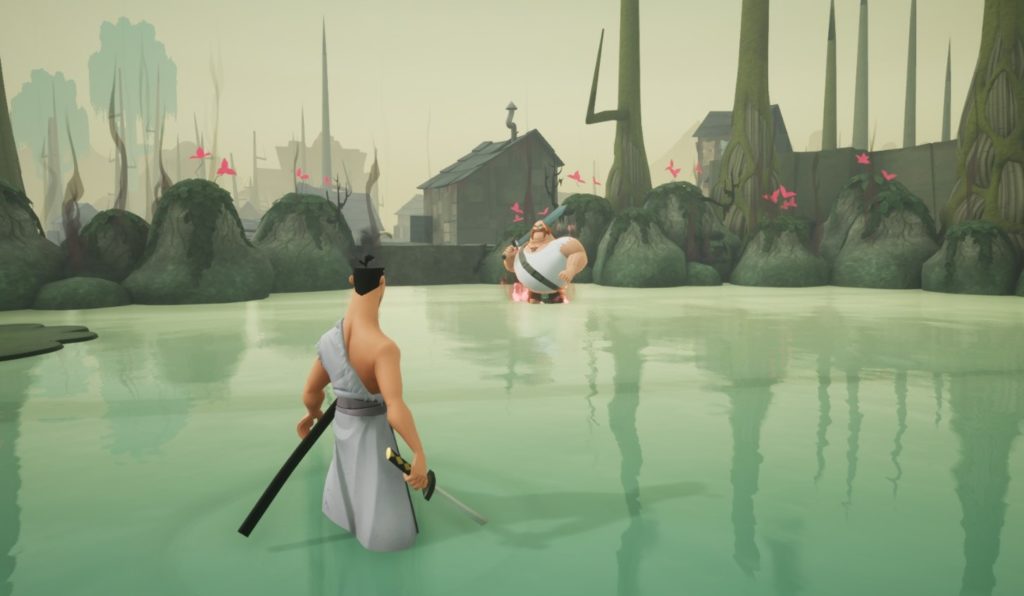 The boss fights are some of my favorite moments.

The game features varying difficulties, and you can start on the hardest if you’re an elitist in that way—I went with the standard option and found it to be well-paced. The game mostly attempts to help the player out the entire time by giving you some healing items before an encounter, but it never felt like the game was trying to hold my hand. There are also cleverly placed shops at which you can buy all the health items, weapons, and ranged ammunition that you need. However, one of the few major gripes I have is that the final moments turn out to a gauntlet before the big final battle. It gives the players a true final test of skill, but I find it to be again very unoriginal and uncreative when I encounter this particular trope.

Samurai Jack: Battle Through Time successfully took me back to the past with its high production value and engaging combat. Even though the show has been long since wrapped up, everyone previously involved didn’t mind returning to the Well for a video game. Aside from what I feel about a few cut corners, I can’t deny that this was a labor of love. At first, I asked myself whether this game was worth the $40, but I believe it is well worth the price tag. This is not a nostalgia trip built to be a cash grab, but a fun action game that gives players everything they need to be Samurai Jack for a few hours and a chance for us to personally deliver the final blow to Aku.

Samurai Jack: Battle Through Time is much more impressive than was expected, but still feels too much like a greatest hits tour.