Semblance began humbly through South African developer, Nyamakop, which formed in 2015. The indie team consists of Ben Myres and Cukia Kimani. During the final year of their honor degree, they presented a small project game. The external examiner, Judd Simantov, ex-Naughty Dog, suggested the project become a full game. Its development would continue through 2016 while appearing at shows, festivals, and expos, as well as winning a couple awards.

Spiritual Content—While Squishy doesn’t interact with other characters during the game, the background contains interesting creatures that some could view as demonic figures.

Violence—Squishy will repeatedly fall victim to environmental traps.  When this happens, he disintegrates or explodes, causing him to scream out in pain.

Positive Content—There seems to be a Christian theme of restoration/redemption. Squishy’s world has become infected or corrupted by a disease (sin) and Squishy’s job is to set right what went wrong.

Outside of Limbo, INSIDE, Bastion, and Shovel Knight, I’m generally not a fan of indie games. While I appreciate the care, design, and attention to detail the developers put into the game, I generally prefer a good action adventure game. However, Semblance has changed my mind.

With its minimalist art style, the storyline can only be pieced together by observing what happens in the opening scene of the game and when new worlds are opened up to explore. That being said, the world has been corrupted by virus and the only way to restore it is by the protagonist Squishy solving puzzles and collecting pink orbs. 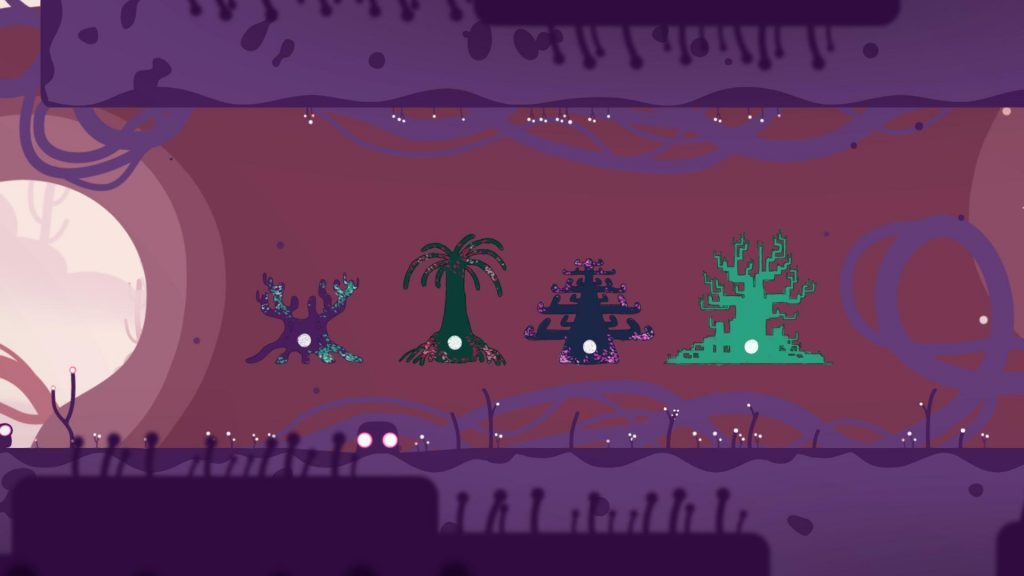 Squishy is a playdough-like figure who can bend, push, deform, reform, and move many of the games platforms. In addition to Squishy, you’ll encounter several well-designed creatures silently observing the world. There is no exchange of dialogue between Squishy and the NPCs; however, that doesn’t mean Squishy is the only character because the environment is as much a character as Squishy. 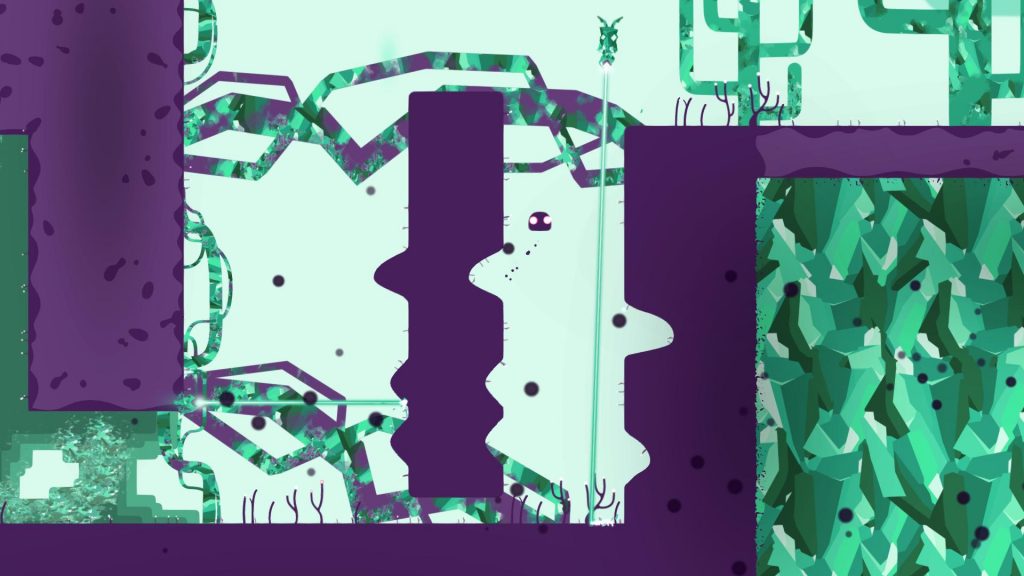 We now turn to gameplay, which is the key component to this game. I’ve played many platformers both good and bad. Semblance is simply fantastic. It wonderfully job represents the platforming genre while propelling it forward with innovative design and interactivity. As mentioned you’ll be spending your time figuring out puzzles so if you can’t reach a ledge, bend a platform upward by jumping under it. If a jump seems too high make a slingshot with the environment by pressing into a wall and changing directions. If you need to climb to an area that unreachable by bending or slingshotting yourself upwards, make Squishy-sized impressions on the wall and hop up the indentions like stairs. If you’re like me you’ll be challenged by the puzzles and traps. Mistakes will be frequent, but don’t worry because Squishy has the ability to reform the platforms to their original state which means players will be able to try different approaches to puzzles. 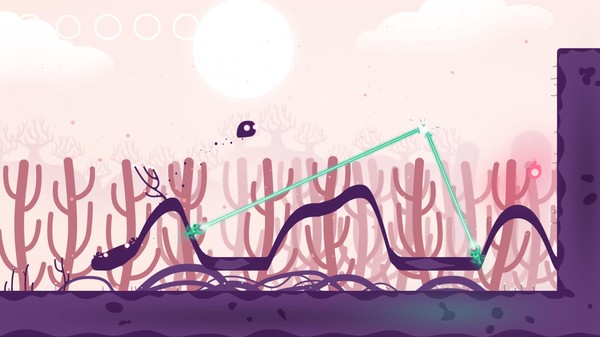 I also found the games visuals, sound effects and soundtrack to be appealing. Visually the game is filled with muted hues of greens, pinks, blues, and purples giving the game stunning backgrounds. The music was inspirited by tribal drums, and flutes which fit the environment nicely.

However, all of these positive remarks doesn’t mean Semblance is perfect, as I experienced a couple of problems.First of all, I would occasionally struggle with the controls; they would become unresponsive, and Squishy wouldn’t move for several seconds. There were also times when my hands would be away from the controller and Squishy would jump, slide, and reform parts of the puzzle which would cause me to restart portions or puzzles in their entirety. 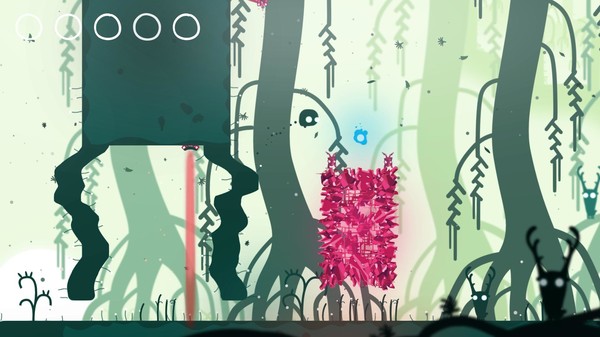 A second problem I discovered while playing Semblance was the camera. Throughout my play through, the camera would get behind or get ahead of Squishy. This would lead to making puzzles difficult if not impossible to complete. The only solution would be to reset Squishy, a mechanic which is present because Squishy will occasionally get stuck in the environment. Again this would sometimes result in restarting a puzzle in  portions or in its entirety.

Overall, despite the games flaws I found Semblance  to be enjoyable. A great bonus is the fact the game seems to be available at reasonable cost. If you enjoy platforming games, puzzle games, or are looking for something unique in games, I without reservation recommend Semblance.

Semblance is a fun indie puzzle platformer. It uses innovative ideas and breathes new life into the genre.