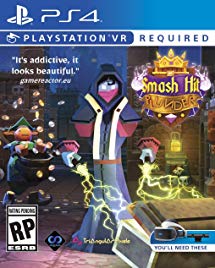 Last year was amazing for PS VR, with games like Moss, Astro Bot: Rescue Mission, and Beat Saber leading the charge. I thought I had seen everything the year had to offer, but I was surprised to see that many new titles were released at the end of the year. One such title was Smash Hit Plunder from developer Triangular Pixels, where you step into the shoes of a prodigal mage to cast spells and smash stuff up. 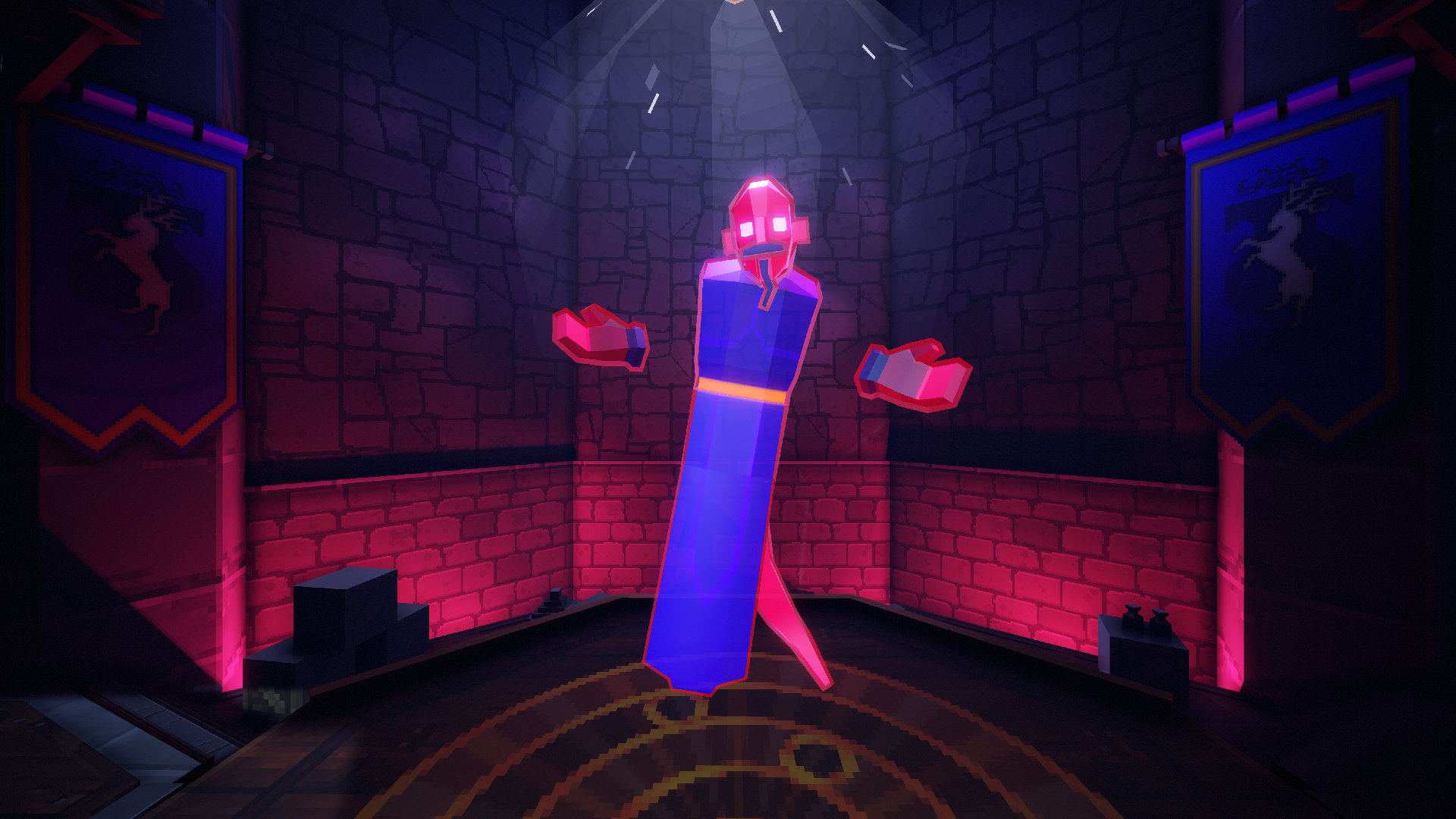 Spiritual Content: You play as a mage so magic is used frequently in order to break objects and attack the paranormal, including ghosts and spirits.

Violence: The action is cartoony, with your character attacking various types of enemies from animals to ghosts. There is no blood or gore. You are breaking items in a castle, so this may be construed as being haphazard with property.

Negative themes: The act of breaking objects can be seen as rage-inducing and the game takes this and uses it as a great way to relieve stress. Relieving stress is a positive, but doing so in rage is not the best way to alleviate the problems we may face.

Smash Hit Plunder has you smashing various objects in a castle to get treasure. At the beginning, you are put into a castle that I believe is yours, but you soon find out that it has been locked up by a ghostly debt collector. Now, you are tasked with finding treasure to pay off the debt and this involves letting out your inner mage skills to de-clutter the castle and perform some rage-relieving stress techniques. There is an ongoing story, but it’s nothing special and is only there to provide a reason for smashing.

There are three single-player modes and two multiplayer-party modes, with the single-player including Treasure Rush, Scavenger Hunt, and Free Run. Treasure Rush is the mode you’ll probably be playing the most and it’s unlocked at the beginning. In Treasure Rush, you are given a few minutes to collect as much treasure as possible. You can obtain treasure by destroying objects, eating food, picking up items, killing ghosts, ravaging animals, and much more. 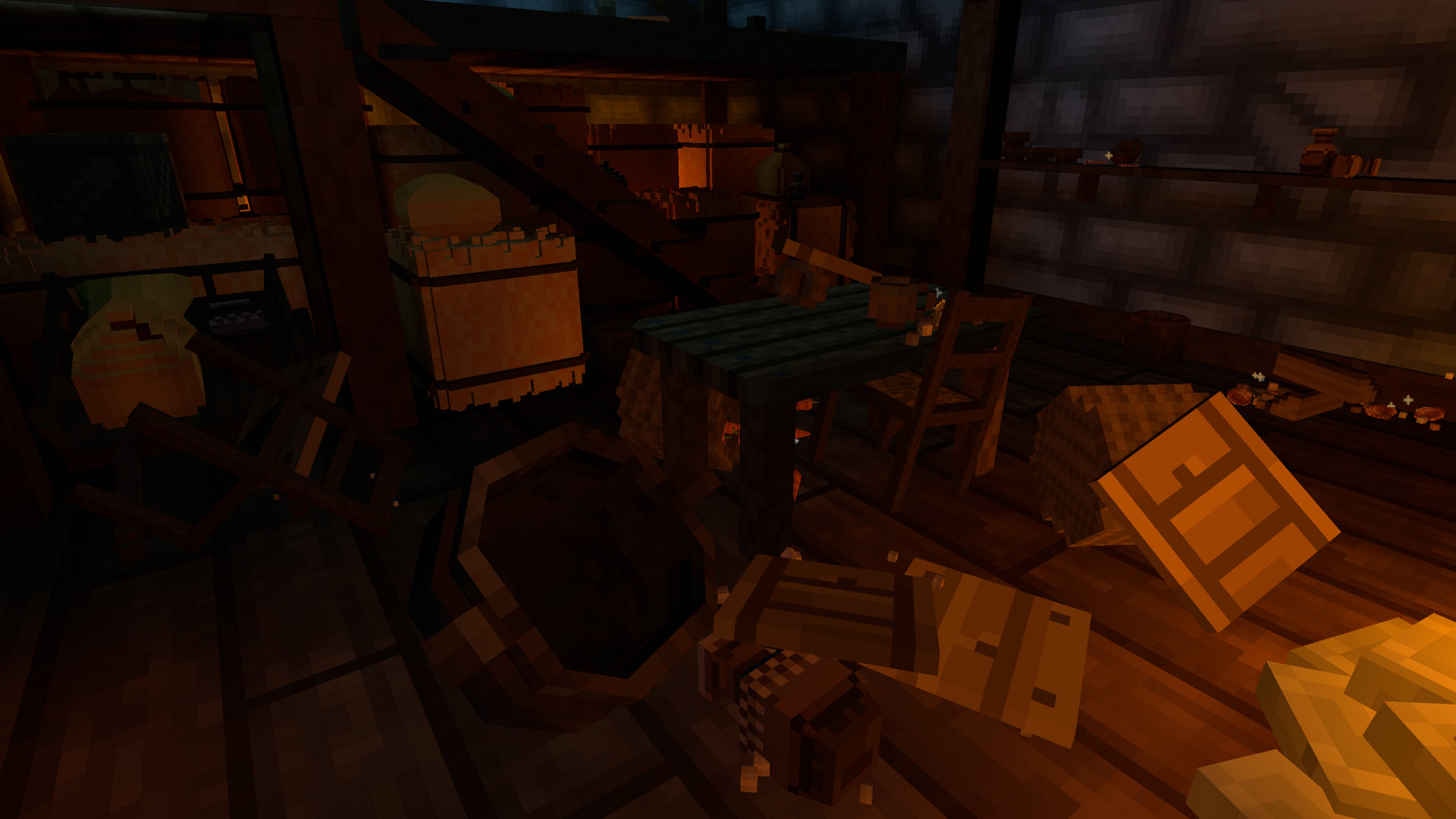 As for the two multiplayer modes, there is Jewel Duel and Poltergeist Panic. Jewel Duel has one player use the VR headset and the others using the TV, with all players competing to find a hidden treasure in each room and whomever gets the most treasure wins. There’s also Poltergeist Panic, which has the VR player as a ghost and the TV player cannot see you unless you use the flashlight or throw an item. The VR player’s goal is to free trapped ghosts by collecting treasure. Both multiplayer modes were decent and a nice diversion when you have friends over, but they probably won’t hold your interest for too long.

As you collect more treasure, you unlock new game modes and more areas of the castle. There is a lot to explore and some areas get surprisingly bigger containing increased treasure. This simplicity is great for casual players, but I prefer more of a challenge and Smash Hit Plunder just felt overly simple. It does have an increased level of polish and everything runs well, but it doesn’t have the depth that it needs to be truly enjoyable. The gameplay remains the same throughout your entire experience and it can get repetitive with only slight variations in the game modes. 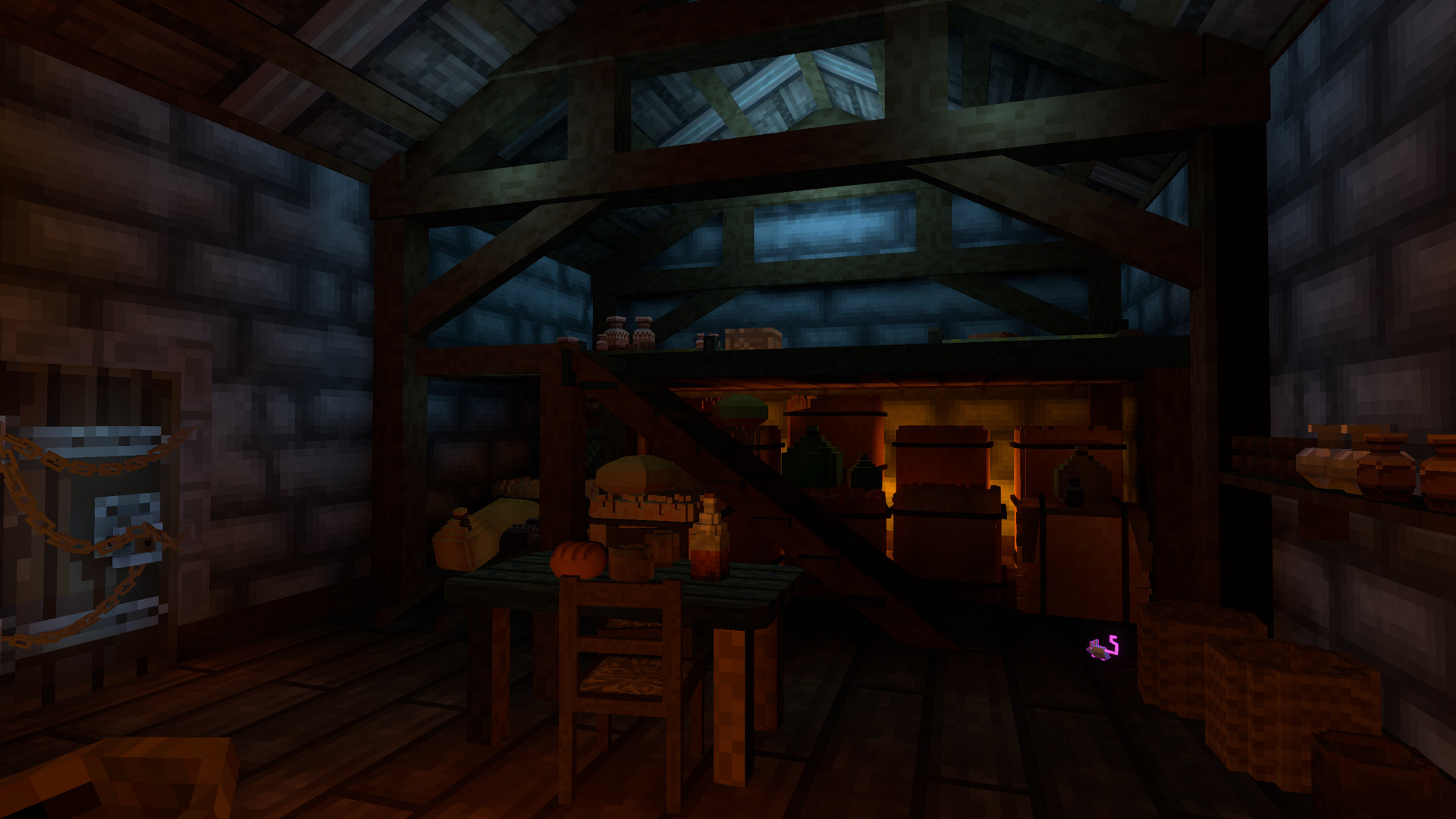 Smash Hit Plunder brings a very simplistic look to our headset, taking inspiration from the blocky, low texture qualities of titles like Minecraft.  Everything is bright and colorful with a family-friendly aesthetic that is sure to appeal to casual gamers. Character models are also simplistic, but there is a charm behind the look of the game. A plethora of items are scattered about and can be smashed or moved, as well as the inhabiting ghost that you may have to deal with as they will prevent you from gathering precious loot.

Matching with the aesthetic of the game is the sound, which reminds me very much of Nintendo games from the past, particularly Wii-era games. Characters are voiced, but speak in a sort of The Sims-like gibberish that gets a little grating, especially at the beginning when your grandmother’s ghost drones on and on. The music easily slides into the background and becomes almost unnoticeable until a round winds down, whereas some bleeps kick in faster and faster as the stage ends. 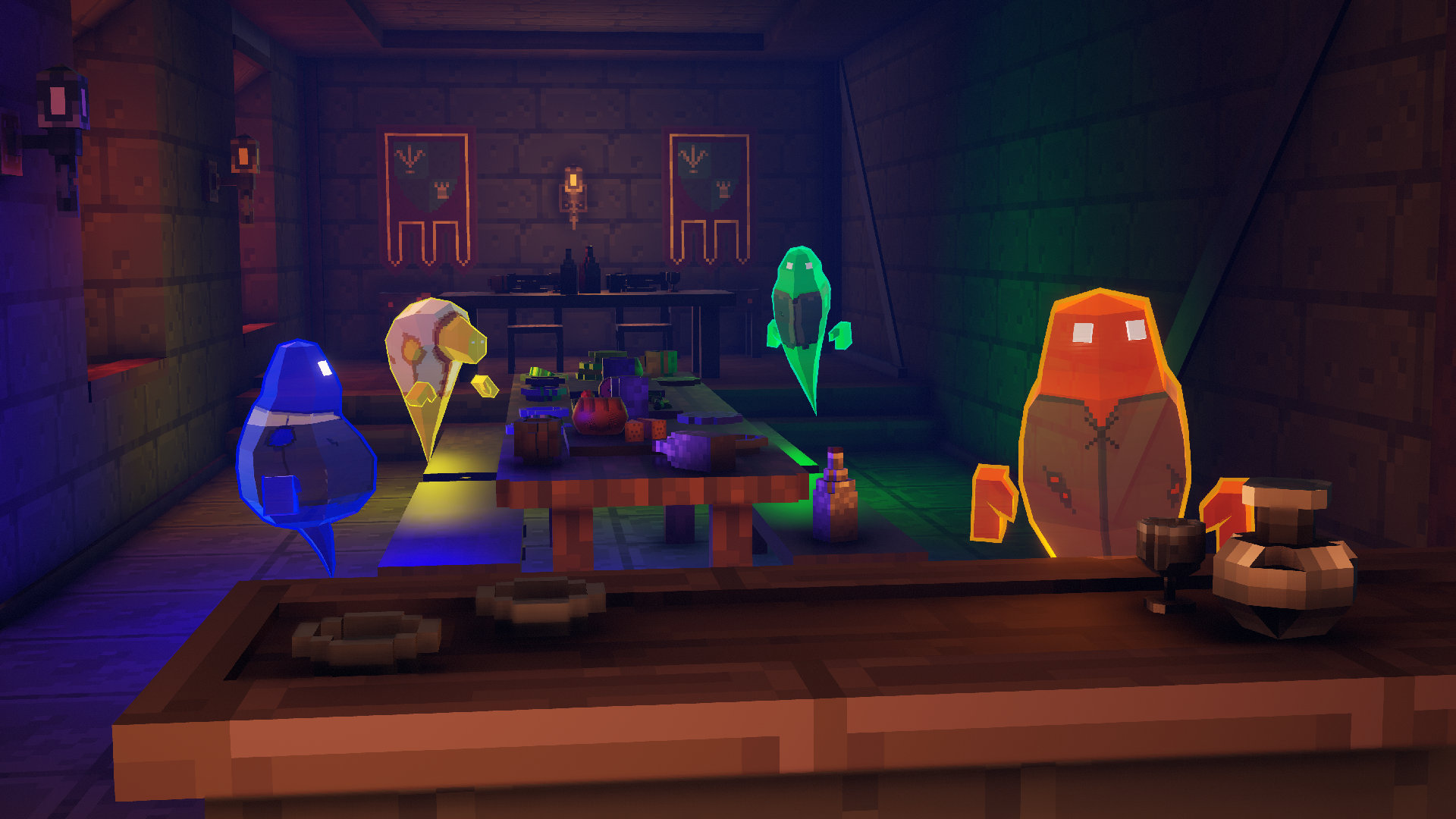 Overall, Smash Hit Plunder doesn’t do anything special or unique with VR, but it is an enjoyable experience if you need an outlet to smash things. Unfortunately, only after two hours did things start to become stale, and it only became about smashing objects as quickly as possible. There are many great elements, such as the music and how polished the experience is, but the gameplay just doesn’t hold up. Still, Smash Hit Plunder is worth purchasing for when friends come over to get accustomed to how great PS VR can be.

Smash Hit Plunder is another fun and enjoyable VR experience that would have benefited from a more varied approach to how the gameplay is implemented. Still, it is worth purchasing if you need a game in VR where you just break stuff.