Songbird Symphony, the flagship game by Joysteak Studios, is an action/rhythm platformer starring an adorable bird named Birb, on an adventure to find his parents. Along the way he gathers special musical notes, meets other birds, and discovers the truth to his missing identity. The Joysteak Studios title truly is, in a few meanings of the word, a symphony. But that doesn’t mean it’s a grand opus. Parts of the game shine, while others fall flat. Which parts will be explained below.

There is no objectionable content in this game. It’s a family-friendly game!

On a rainy night, a peacock finds a newly hatched bird. Little Birb grows up with Uncle Pea all his life, wary of the looks he gets from other peacocks. Nonetheless, he grows up with a happy disposition and a love for dancing and singing. He confronts Uncle Pea after a jam session, and to Birb’s disappointment, he gets no answers. This day he decides to find the answers on his own and heads off.

Right away, the controls for little Birb are simple: move, jump, hover, and sing a little note. None of the other buttons do anything at first. After collecting the first song note, though, I realized that six buttons total are given to musical notes. Collecting the musical notes will advance the story, and finish out Birb’s journey of finding his real family. 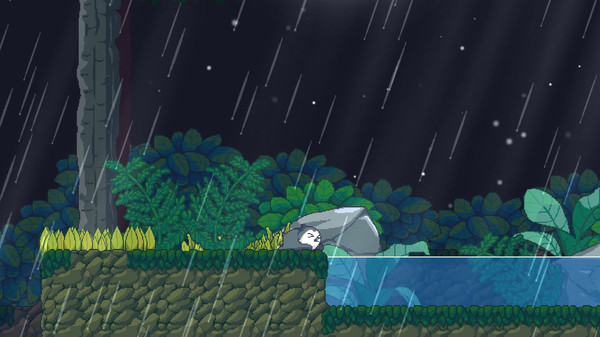 During that first jam session, players will deal with a three-part song, and this sets the pace for every encounter Birb meets along the way. Uncle Pea sings a ditty, then a small adagio, followed by a matching rhythm section. The notes stay in tune with the overall music, but can also vary in style slightly. After two or three verses of this, the song moves into its final movement, throws in a variety of crazy rhythm variations, and ends. A score tallies all of the notes hit and missed, grading the player with A, B, C, or D depending on how accurately they stayed in time.

The other part of Songbird Symphony is exploring platforming bits in between the musical numbers. The environments are built like a maze; the earlier stages are easy to traverse, while the later ones tend to have many branching paths and offer chances to explore. You can move platforms by singing notes at the right time, opening up new places and secrets. Birb can also collect the feathers of different birds and bring them back to their respective owners. 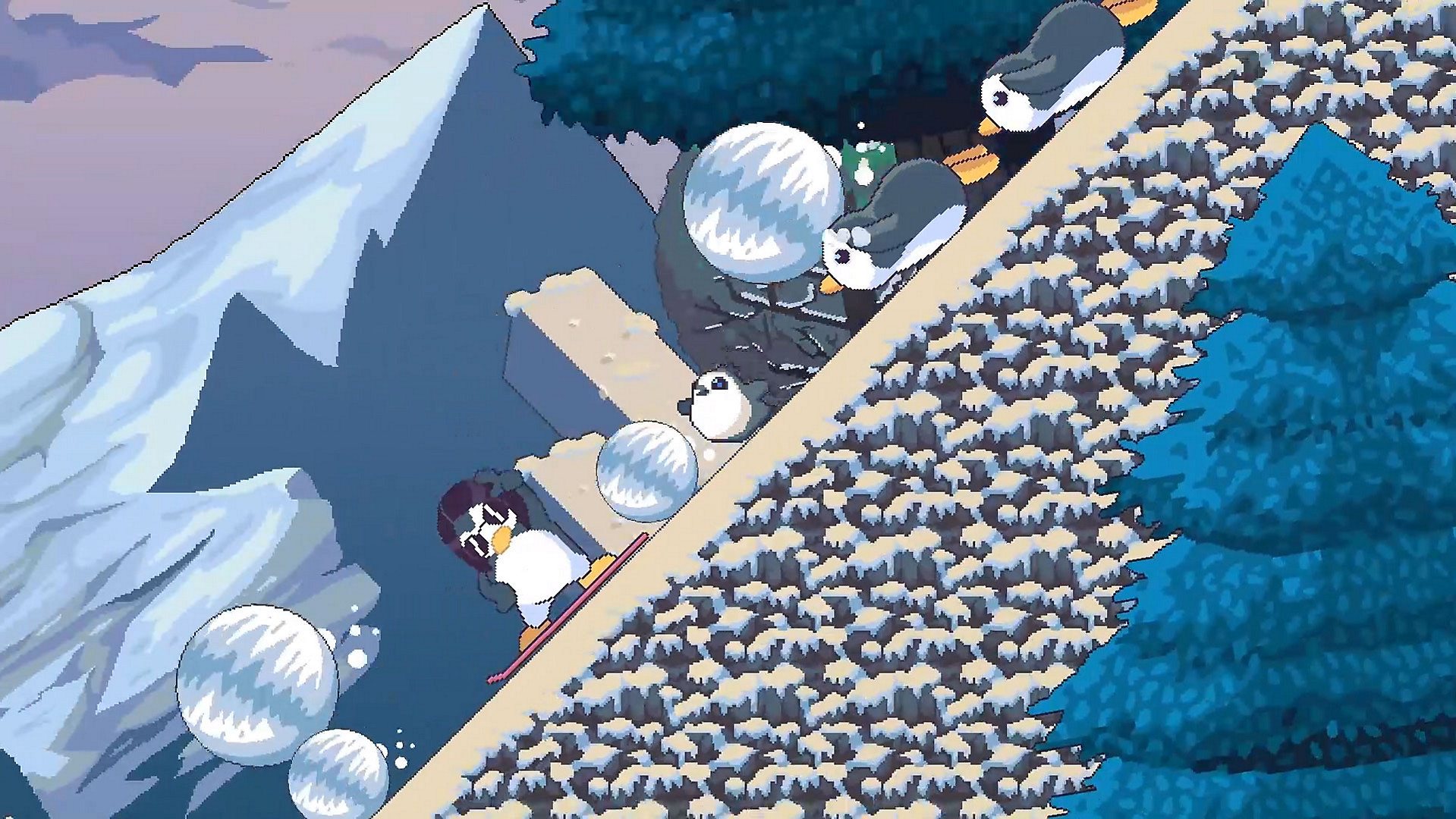 There are six lands total to traverse, each with someone to talk to, and perform a rhythm game, or two, for story progression.

Environmental events serve as another form of collectible. Things like leading a king bee back to his subordinates, finding cooking ingredients for a chef, or reuniting a mother with her lost chicks will grant you a collectible note, but also sometimes enrich the background music with another instrument. These small subtleties enrich the pattern of the music.

It’s during these moments Birb will encounter the antagonist. Three magpies led by a mysterious black bird with a strange skull mask will threaten Birb to give up the chase. These act as boss battles, utilizing all of the different rhythm patterns the player previously encountered up until that point. 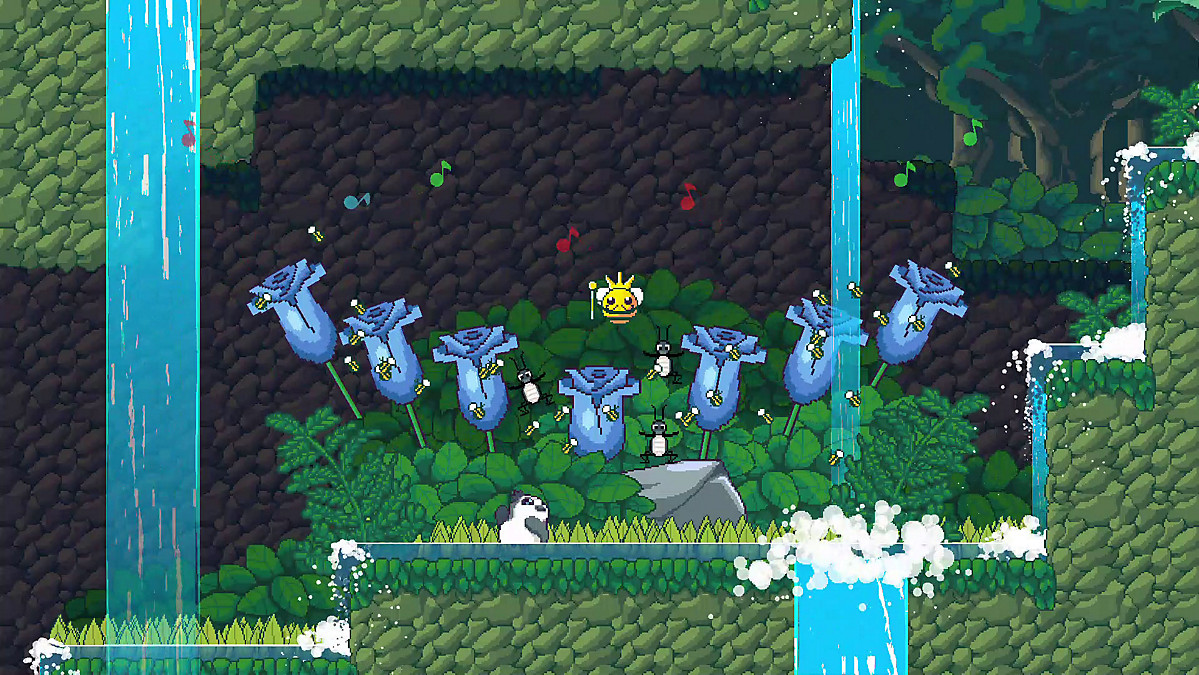 The best part about the Songbird Symphony is its simplicity. The game can be beaten in about five hours. And no matter what, the player can never lose. If the player has no rhythm, Songbird Symphony can still be completed. Every button can be missed, and the game will still continue. There is no game over screen, no achievements ask for perfect scores, and no matter what score you get, a gold statue awaits you in the place Birb performed with another bird.

This reality brought me many emotions. At first, I was joyous. A game where I don’t have to put forth effort and just play for the sake of finishing feels like a Backlog Golf dream. On the other hand, it feels like getting a participation trophy.

My emotions were further mixed with the final stage. The last encounter pits you against the hardest patterns, all the notes, and a rhythm that no player can hear. The frustration I felt when trying to match the rhythm, while the rhythm was still being set, is hard to describe with words. And the constant use of the fading notes ramped the difficulty of this little cute game from easy to Through the Fire and the Flames on Expert. The experience felt overwhelming—a sharp contrast to the rest of the game, which positively encourages mastery. 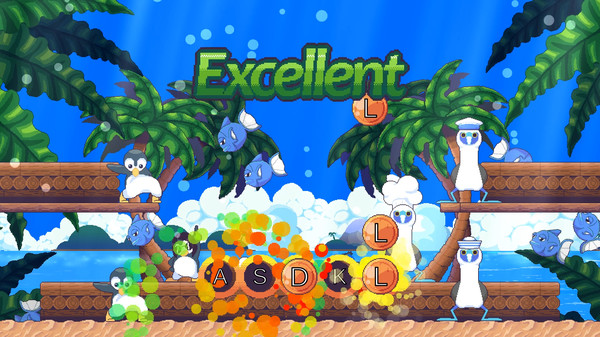 With the scale of difficulty in gaming widely ranged, I kept asking myself which age group this game was targeted for. But ultimately, when it came down to it, I couldn’t be mad at Songbird Symphony. Wholesome is what it went for, and wholesome is what it achieved. I’m not going to lie, I shed a tear at the ending. The game kept me engaged enough to reach the end, and even explore for the extra tidbits. And the puns earned a little giggle. 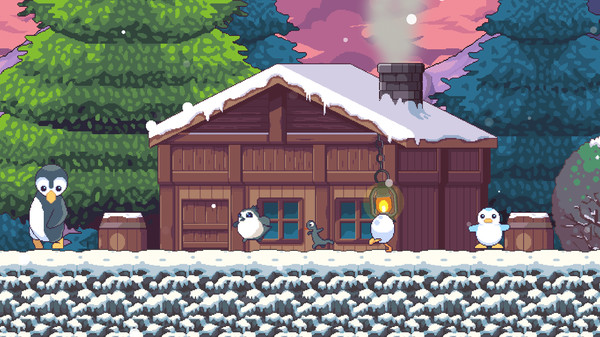 It's a feel good time; light on the wallet, time commitment, and difficulty, but filled with adorable moments and charm.